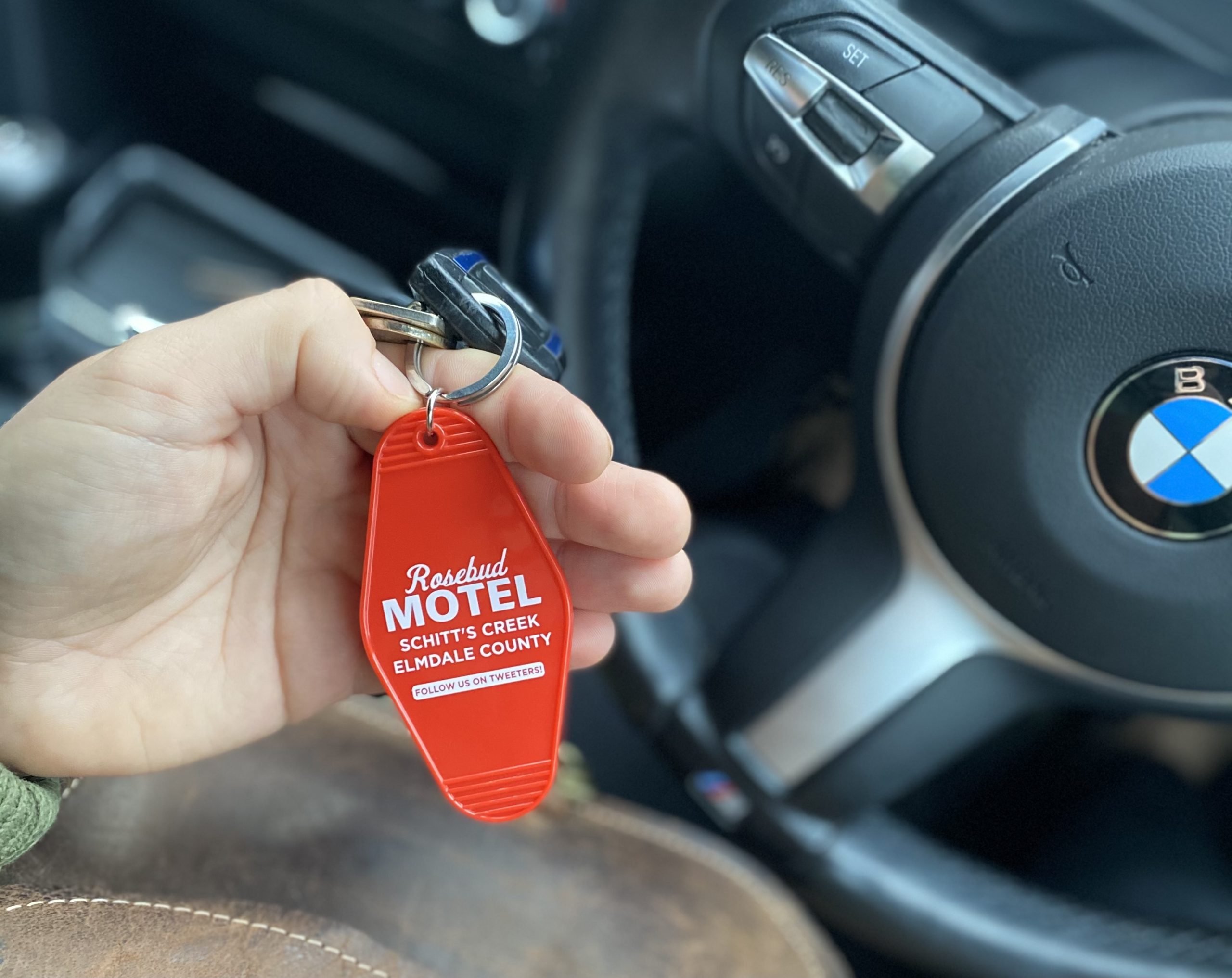 Lockdown after lockdown this year has meant that I have had a little more time than normal. The children have had cancelled swimming lessons and online lessons, saving time on an evening when I would normally be a taxi service, driving them here, there, and everywhere. With not a lot else to do in the evenings, I have had much more screen time than ever. It has been fun to get stuck into some amazing shows, especially the ones that I kind of missed the first time that they were around.

Schitt’s Creek is a show that never really made it over to the UK, except via the medium that is Netflix. I have heard people mentioning it or referencing it for a while now, but wasn’t sure what they were talking about. So when I was browsing for something to watch and saw that it was there, I decided to give it a go. I am normally reluctant to start something that has several seasons (six in this instance), because I know if I like it, it will take up so much of my time. But hey, I’m not exactly short on time right now!

If you haven’t guessed, I quickly became obsessed with the show, and feel a little bereft now that it is over. So if you haven’t watched it before, here are some of the reasons why I think you should add Schitt’s Creek to your watch list.

There is no getting away from the kind of show that it is, and at the heart of it, it is a comedy show. I was literally laughing out loud in so many parts, as it is just so funny. The jokes and comedy elements in there don’t feel tired or lame, it is a really refreshing take, and has a unique comedic personality. It is definitely my kind of comedy, and it is so well written.

Perhaps it is just me and the shows that I normally watch, but I haven’t seen a show where there is a pansexual character. There was a sweet scene between two characters taking about wine, and how he described himself as into the wine, and not the label; it was really simple but really stood out to me. The cast are also various ages and ethnicities, so it is inclusive in a variety of ways.

The Fashion and Style

Moira and Alexis are wardrobe goals. Well, actually, David is pretty much up there too! They have this really unique sense of style, a little overdressed for the town that they are in, but it just works, and I love it. Don’t even get me started on Moira’s wigs and the epic finally episode wedding officiator costume….

The show is about a family at the end of the day, and how they all come together and change. Through their lives before, you can see that although they had it all, in terms of money and worldly things, they didn’t actually have it all. David was lonely even though he was surrounded by people, Alexis couldn’t find real love, and the parent and child relationships were strained. As the story goes on, you see just how much this changes and how deep down, it is all about family.

On a similar note, you see some real development and growth of the characters. Although they have their quirks and little things that make them, them, throughout the show, by the end, you can see real change and how moving to this place that they would never have dreamt of even visiting before, has actually been such a benefit to them.

I think that’s all I can say?! Honestly, this woman makes the show, for me. Her accent, the clothes, the hair and wigs, the way she pronounces baby, the list goes on. Such an amazing actress and the character of Moira is so iconic.

This is a show that is just so quotable! It is so funny, with some random little phrases, but they just stay, and I even find myself ‘book’ ing my kids on the nose, singling A Little Bit Alexis, or any of the other memorable quotes and phrases. Just so much fun.

Aw, I’m a sucker for a bit of a love story, and there are plenty in there for you. The love story between David and Patrick is just lovely, and how they went from business partners to life partners. Alexis and Ted is just so sweet, and I actually had tears in my eyes at one point in their story, not to give away any spoilers. It is just so pure and sweet.

The main Rose family are the main cast, but the whole ensemble cast are just brilliant. Witty, funny, sweet, powerful, and silly, all wrapped up. The whole cast which remains pretty steady throughout the six seasons, is just perfection.

Above all, it is all about a family on a journey. And who doesn’t love a journey?! As Alexis says, I love that journey for me!

I would love to hear if you have watched it before, and who your favourite character is. if you’ve not seen it, now you know why you should!