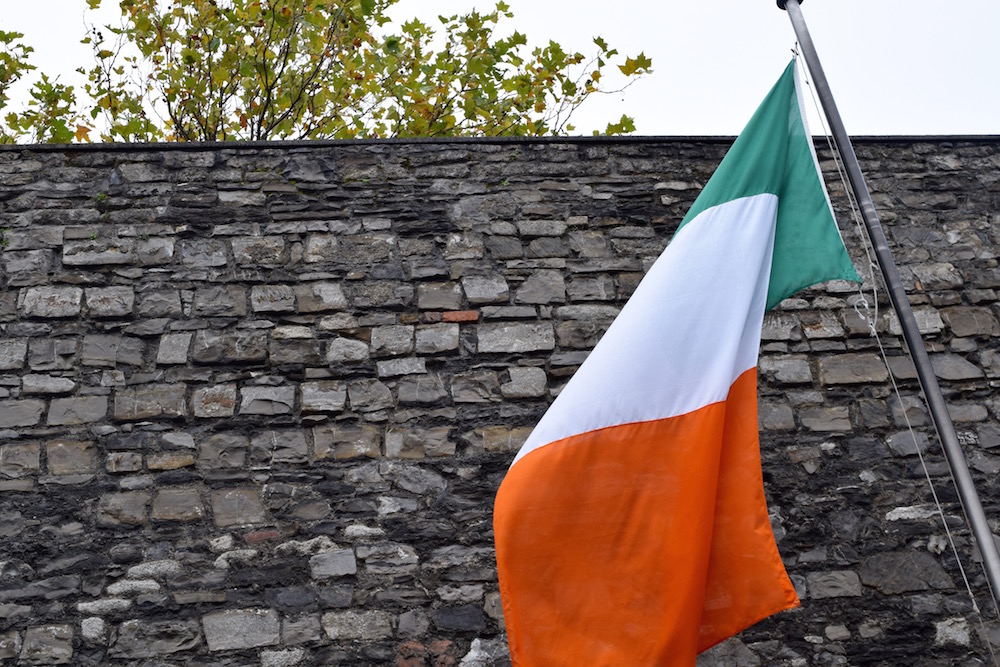 Back in the half term we had a bit of a whirlwind trip over to Ireland, both Republic of Ireland and Norther Ireland. We were just away for three days, so it meant that we had plenty to fit in during that time. Dublin was the place that we flew into (hello less than an hour flight time from Gatwick), and we had two nights there (and one day). So I thought I’d share what we got up to on our trip in Dublin. It was just 24 hours there before driving up to Northern Ireland, but we still managed to fit in the main things that the city has to offer.

I probably must add a disclaimer though, as we’re not drinkers. So the Guinness Storehouse, one of the top attractions in the city seemed like it would be a little lost on us. So that is something that we didn’t do or see. it was a little pricey to just be a place you went to ‘for the sake of it.’ If you are a fan of the stuff, then I imagine that is worth adding to the list of places that we went to as well.

We arrived around 8pm on the Saturday night, and headed straight to our hotel that was just south of Dublin, ready for a day of exploring the city the next day. We had a few things in mind that we definitely wanted to see and do, and the morning started off with a trip to a prison. 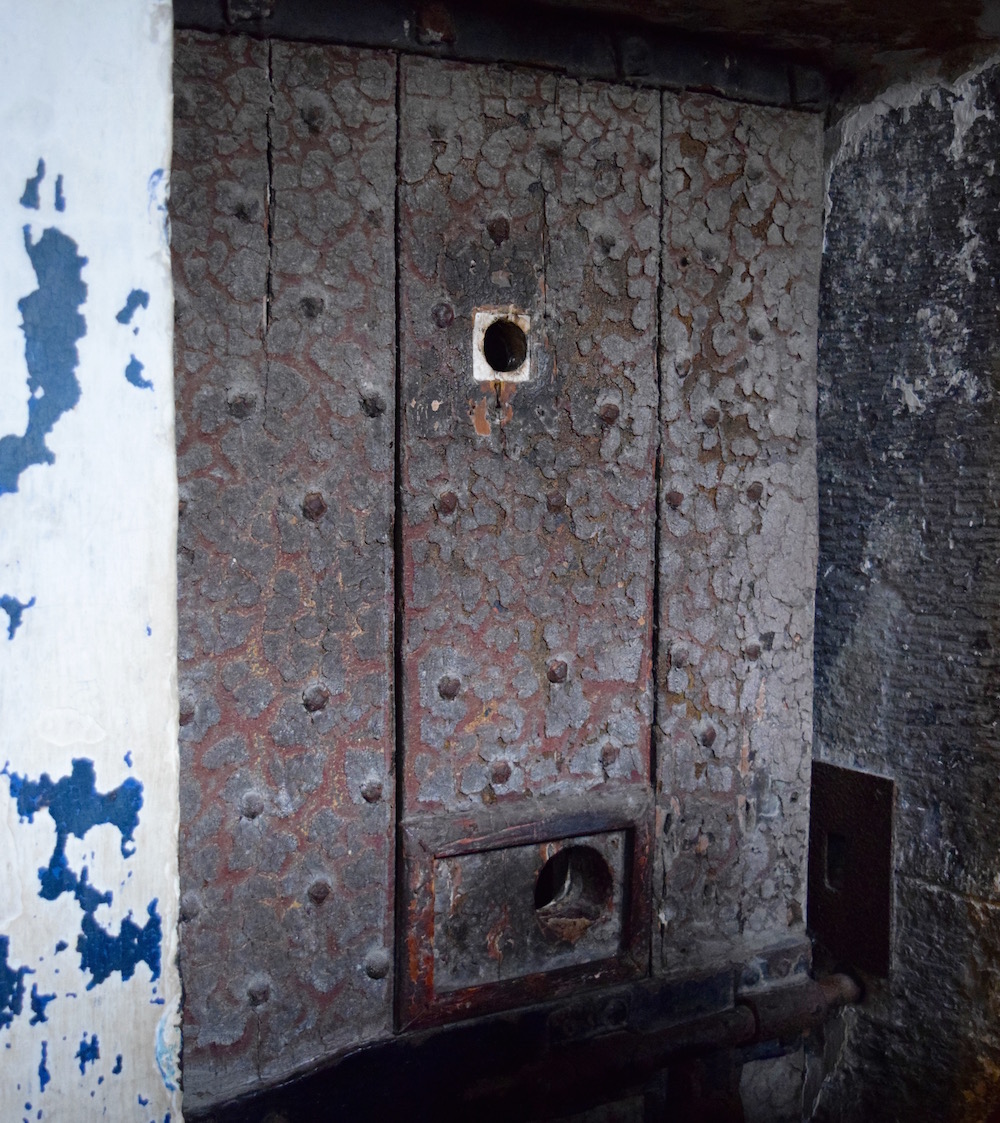 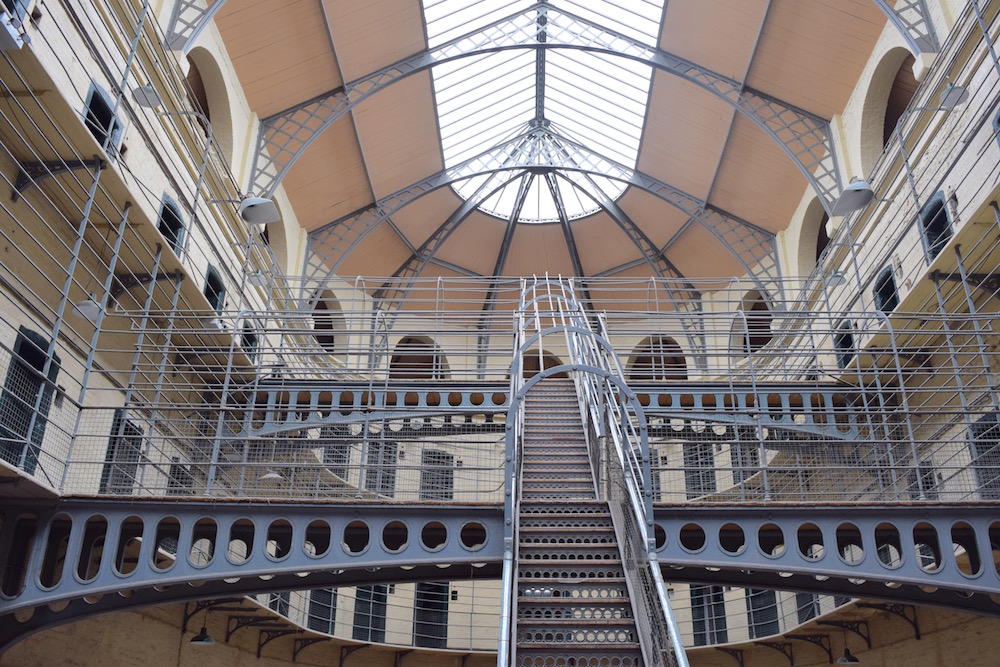 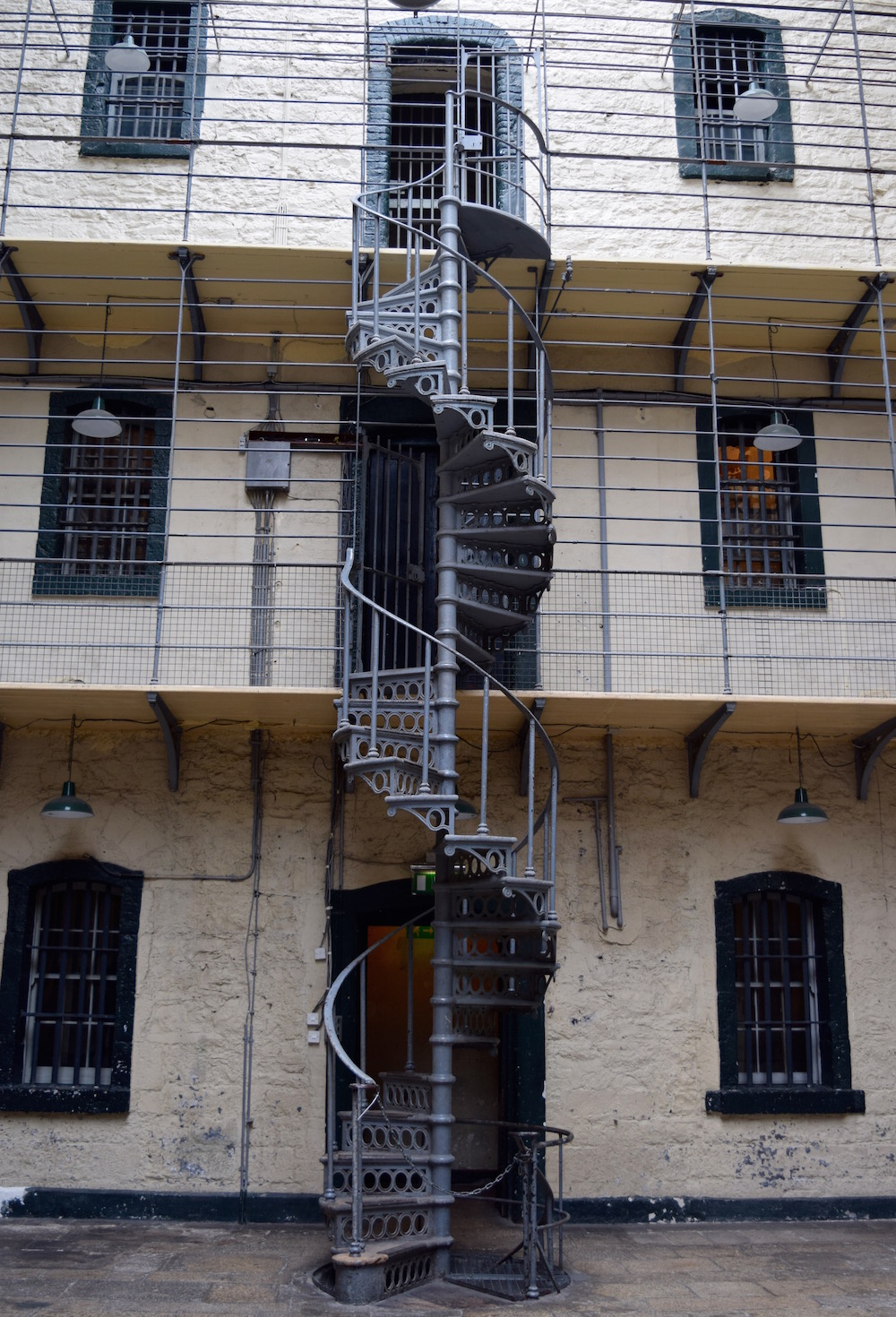 Kilmainham Gaol is the name of the prison in Dublin that was created in 1796, and was used until the early 1900s, so you can imagine what went on in there with the Irish Civil War and rebellion. There were some famous leaders imprisoned there, as well as many ‘ordinary’ folk, including many children as young as five years old (for stealing food). It might sound like a bit of a dull or depressing place to visit, but it was honestly fascinating what went on there and the role that it played. The tours are guided so it really is much more interesting than just wandering around by yourself.

I would recommend booking online if you can, as there usually a queue if you arrive on the day. We arrived half an hour after it opened and had a wait of about an hour for our tour. The price is reasonable, children are free under the age of 12, and the kids loved it too (Paddington 2 was even filmed there so they liked to see the parts that they recognised). It was really interesting, especially to learn some of the Irish history, and I would definitely recommend it. 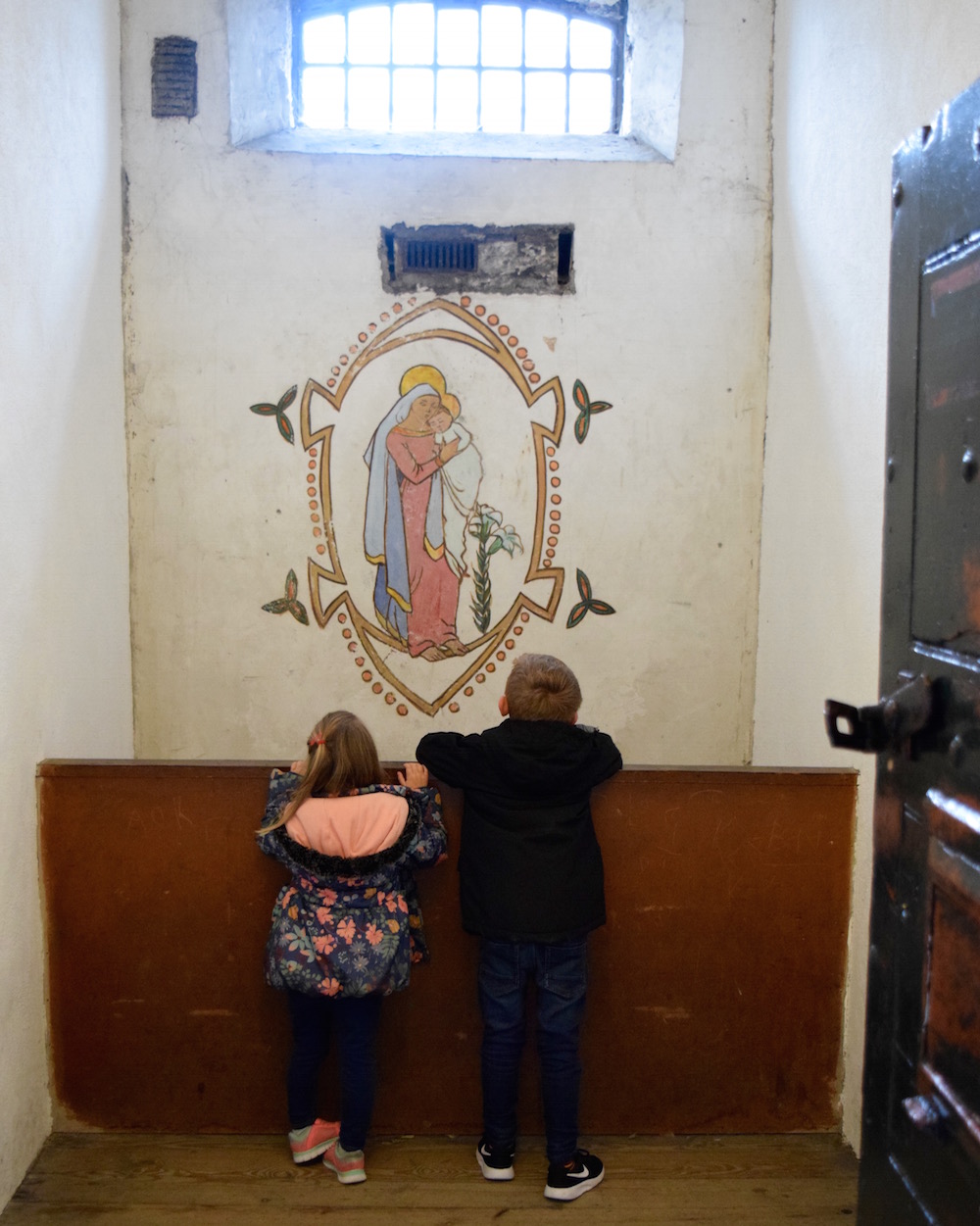 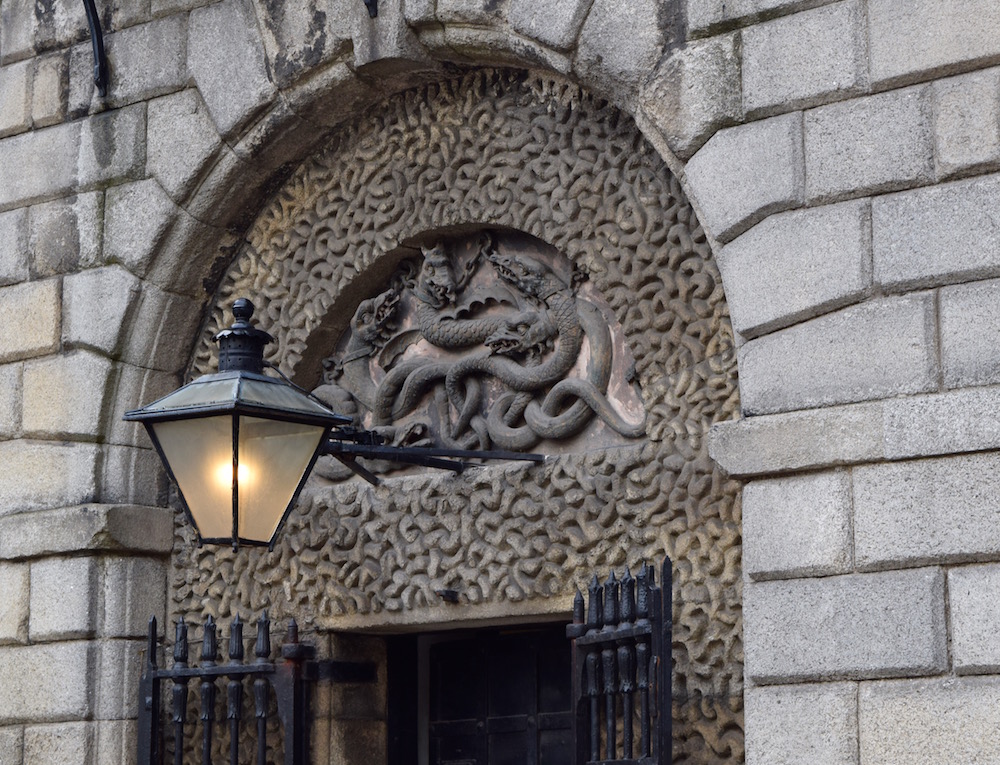 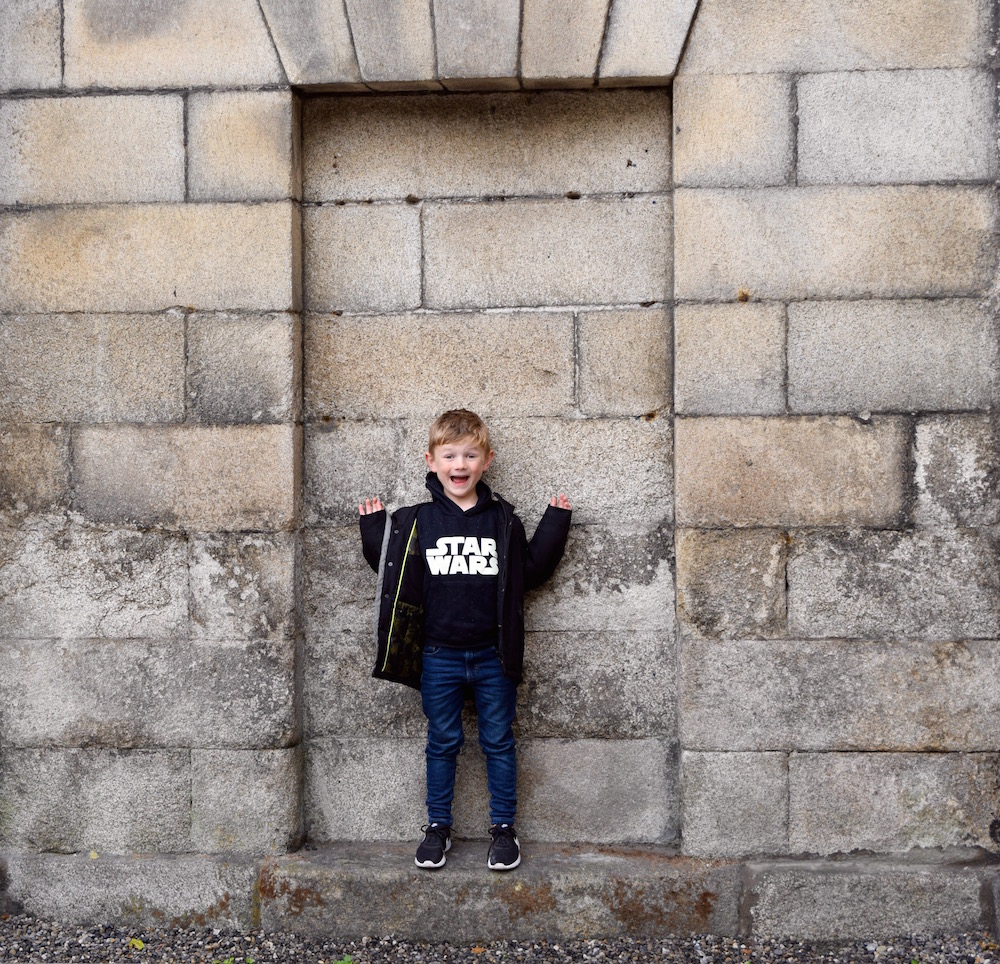 Temple Bar is a street (or small region) in the city that reminds me a little bit of Camden Town. It is pretty quirky, brightly coloured, and plenty of bars and places to eat. We were looking for a traditional Irish pub that plays music and has Irish dancing and so on, and you’re pretty much spoilt for choice in that region. It is close by to the river too, so is a nice area to wander around and just soak up the atmosphere, or to sit by the river or even take a boat trip out there. 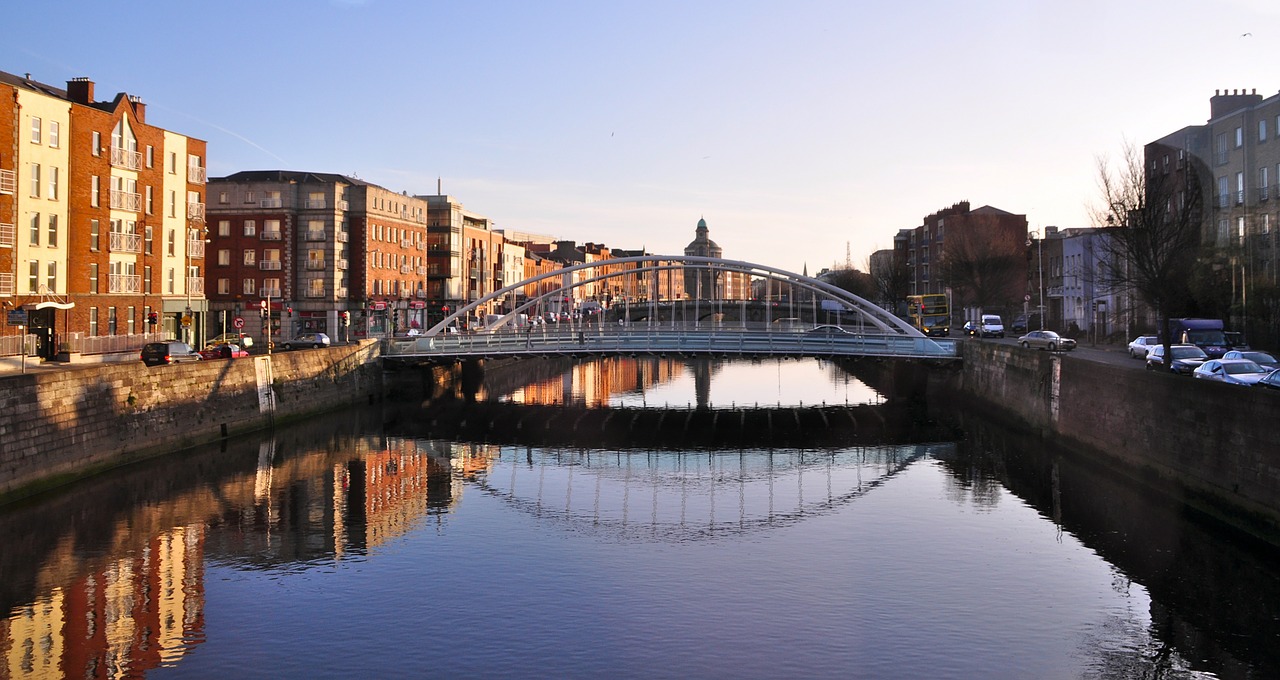 The green is really prominent in the city and it is much bigger than you think it might be. It is a beautiful urban park that was immortalised in James Joyce’s “Ulysses.” It is a great place to have a walk, take photos, and there are plenty of places to sit and relax. There is a lovely little pond in the park, as well as little water features and trees galore. It was lovely to visit in the autumn and see the leaves changing. I’d recommend St. Stephen’s Green for a little picnic or for somewhere to just chill after walking around in the city. 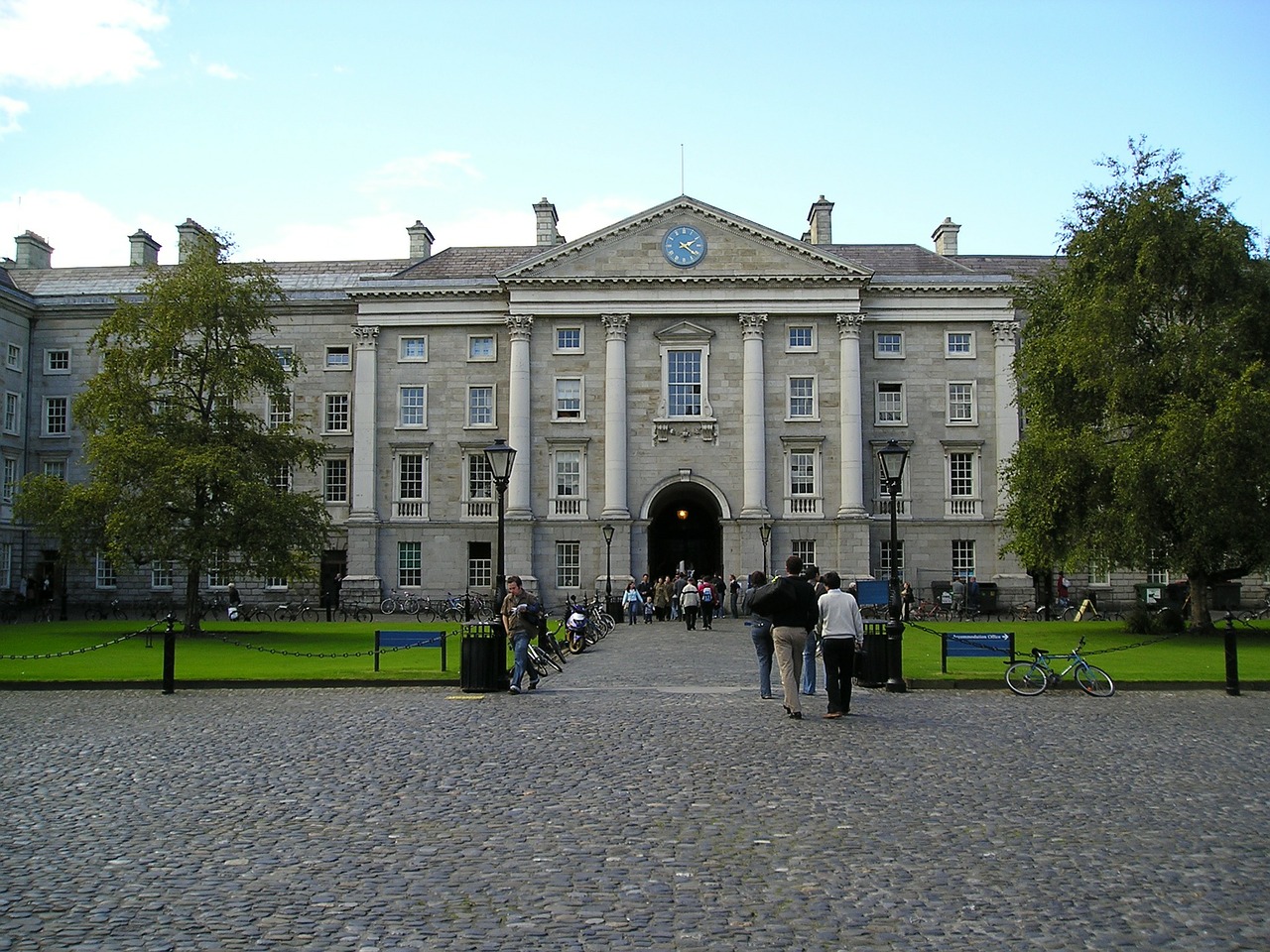 Trinity College is a lovely place to walk around as the buildings are so stunning. It is an amazing place to stroll through as there are stone walkways, magnificent buildings that are filled with history. You can also go on tours around the college as see things like the massive library that contains the Book of Kells that is pretty epic, to say the least. Such an experience! There is a mix of the old world history mixed with the modern students that are mooching around. A cute little spot.

Have you ever been to Dublin before? It would be great to hear what you think, or if you’ve been to any of these spots before. You can see a lot in just one day in Dublin.