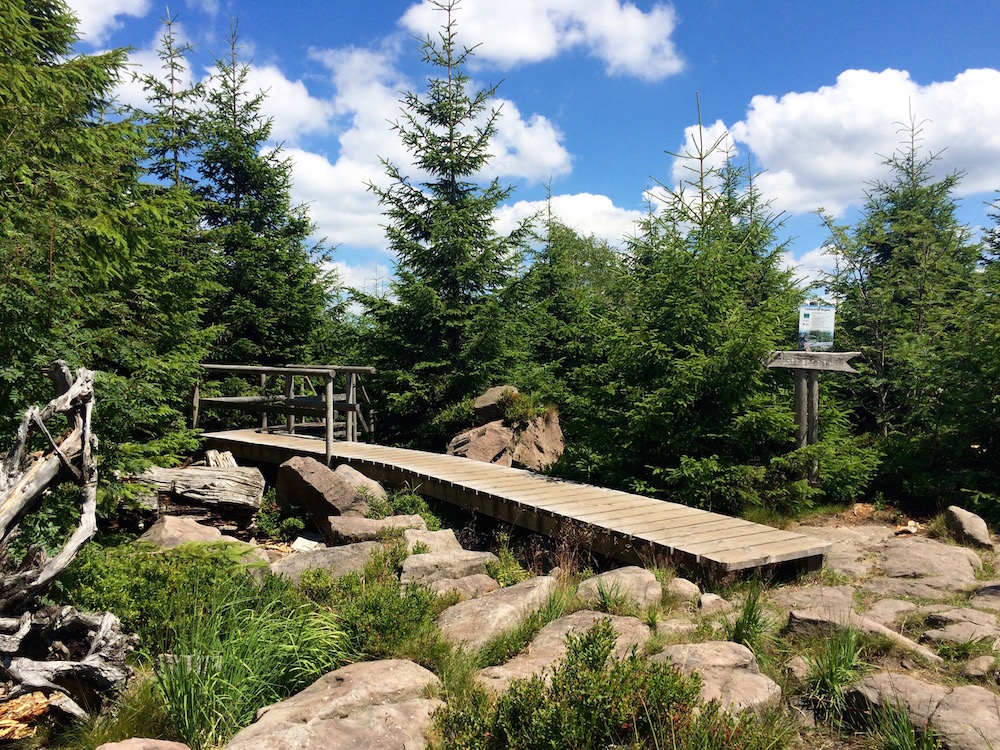 I am always on the lookout for new things to do as a family and new holiday destinations to go to. I don’t want to end up going to the same old tried and tested destinations when there are plenty of places in Europe that I have yet to explore. I found myself heading to Germany a few weeks ago for a trip to see what the Karlsruhe and Baden-Baden area have to offer. As someone that loves the outdoors (and luckily has children that love the outdoors too), I had it on the top of my list to see what kind of outdoor things there are to do in the area. Let’s face it, there are no beach views in sight, so was looking for other family-friendly alternatives. It did not disappoint!

To start off, I flew from Stansted airport to the Karlsruhe / Baden-Baden Airport. At just over an hour to get there, I was very impressed, and almost didn’t realise just how close this area was to us. The last time I went to Germany was on a school exchange near to Kassel, quite in the center of Germany; it certainly felt much longer going there. So if I was going with the children, the flight is quicker than somewhere like Spain, so perfect for travel with young ones. 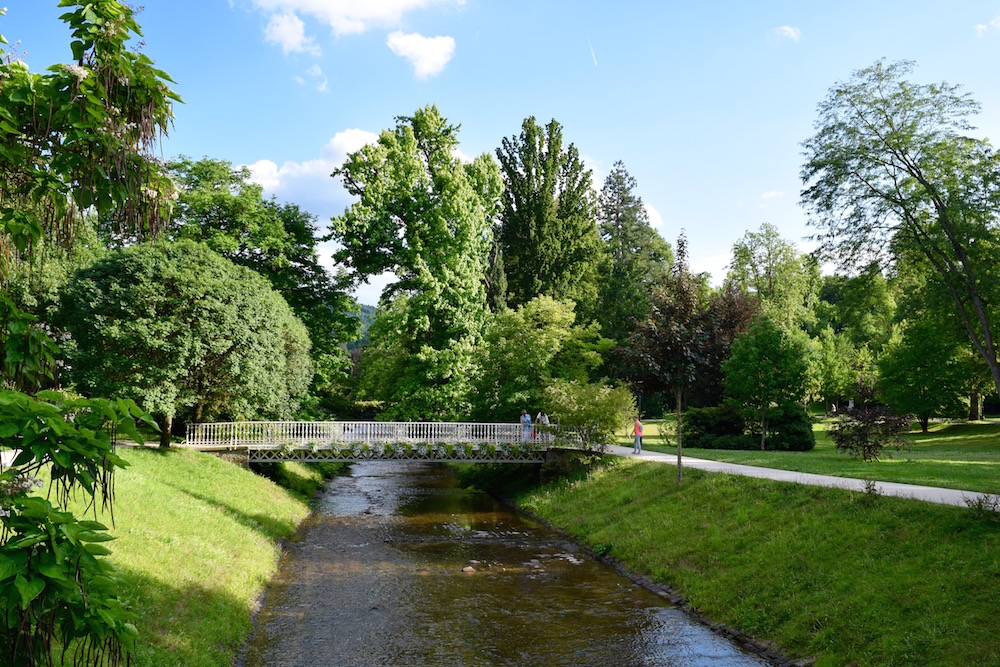 We arrived in Baden-Baden and had a tour of the city. It is such a stunning area! Though there wasn’t anything particularly ‘outdoorsy’ in the city, you can easily spend a while exploring and walking around the city. There were plenty of green spaces and a canal too, which is great for picnics and being generally outside. 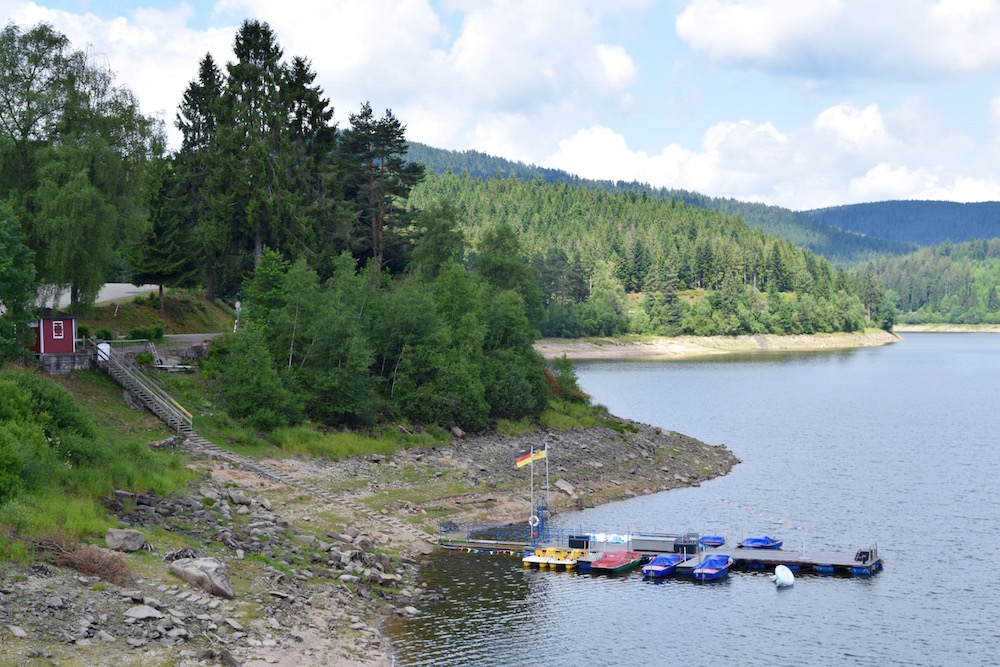 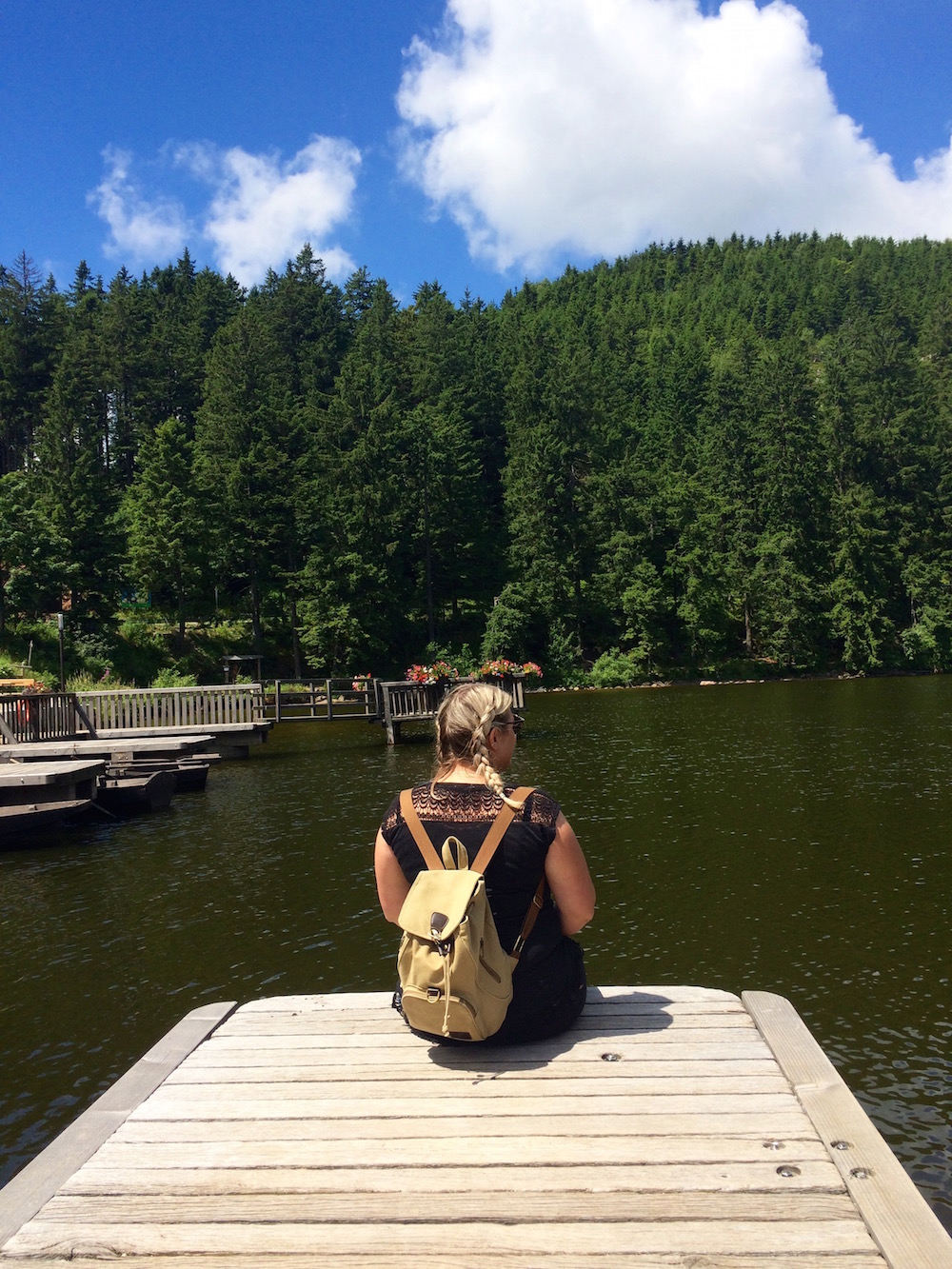 On the second day of my trip I was lucky enough to get to go to the Black Forest. This place is amazing! We stopped at a few places along the way, but it wasn’t too far from Baden-Baden at all. So you could easily hire a car and make your way to the forest. There are plenty of viewpoints along the way, though, so you might find it takes you longer for all the Kodak moments! One of the first stops you should take if you love the outdoors, is to stop off at the Schwarzenbach Talsperre. It is a reservoir and a dam rolled into one, and it is really stunning. You can walk along the top of the dam bridge and take in the views, as well as walk or hike in the nearby woods. The reservoir itself is set up for watersports, though, which I thought was really cool. What a beautiful place to be in the great outdoors! You can hire boats, floats, and pedalos. It would be great to see something like paddle boarding too, so there is something for everyone. The area was quiet, though, even in the height of summer. Perfection.

From there, we headed to an area of the forest called Mummelsee. There is a stunning viewpoint, as well as a hotel, restaurants, and a few small shops. The pièce de résistance was the lake, though. It is a really beautiful area, and again, you can take a row boat or pedalo out onto the lake. There is a walkway around the lake too, which would be great for walks with family, or to take bikes around. It was a hotspot for motorbikers too; we saw a British group that had driven all the way from the UK to the Black Forest.

The next stop in the Black Forest was for a guided trail along the Lotharpfad paths. It is another beautiful area (seriously, going to run out of adjectives to describe this whole place). There is a set path to follow so that you keep on the path and not wander off. Which is perfect for families. Plus, it was a fairly short walk at only a couple of kilometers. Our guide was amazing, and you can book your own too. There are plenty of other walks that you can book, ranging from hikes that last for a couple of days, as well as organised walks for specific things like food trails and even wine and beer trails (best to leave the kids at home for that one)! 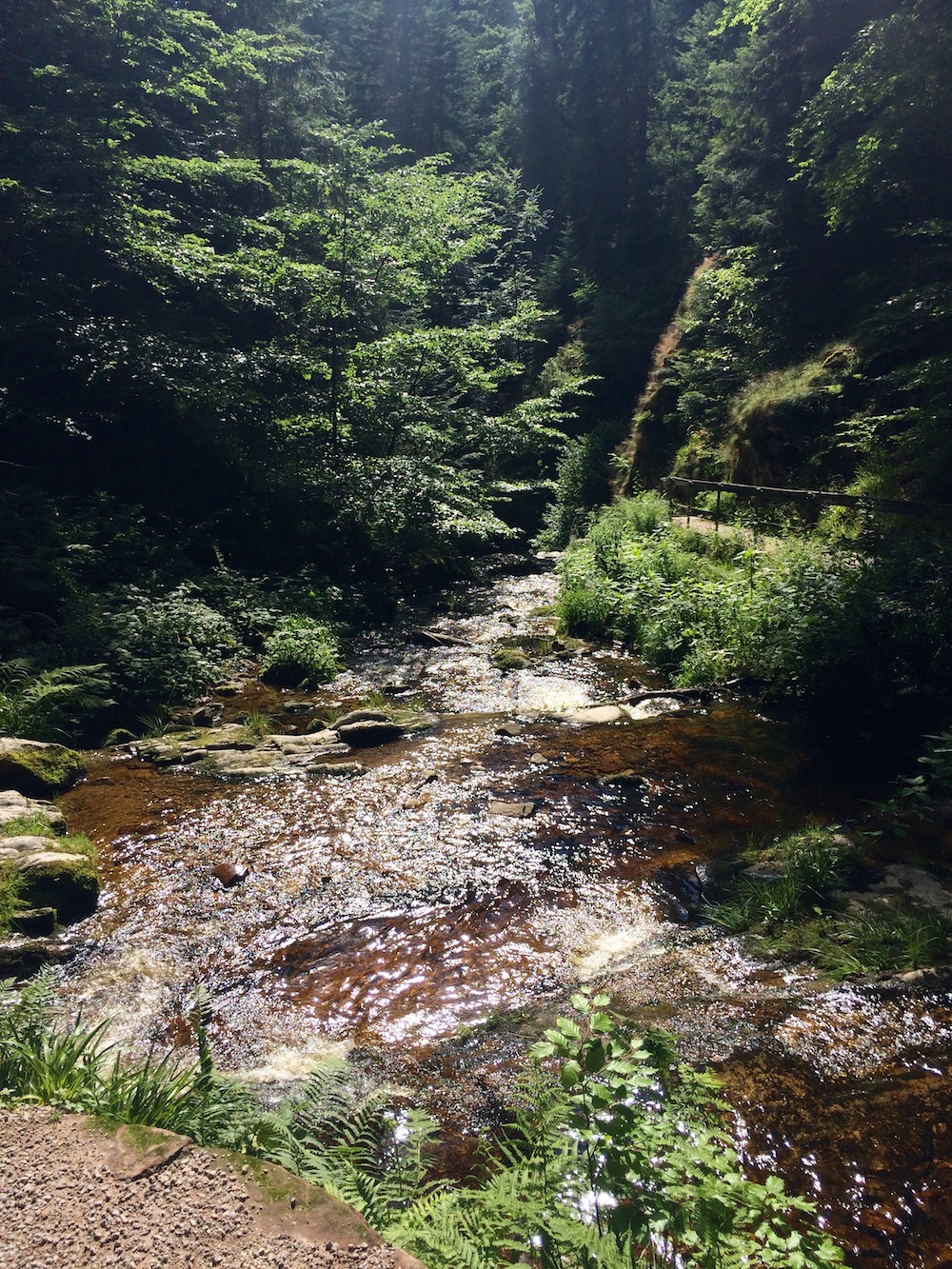 Our guide told us about winter in the Black Forest, as it does get pretty cold and snowy. There are cross-country skiing areas, so you don’t have to just think it is a place to visit in summer (though the blue skies do help)!

There are places where you can hire bikes if you fancy giving that a go, so you can cover more ground. The bus routes across the Black Forest are an other option to get around, so you can hop on and hop off if needed. I thought that was a great way to make the most of it. As for other outdoor things to do in the Black Forest, there are several open-air pools, lakes, and waterfalls. The temperature can get pretty high in summer so those sound like a good way to cool off.

The next day of the trip was going to Europa-Park; one of the biggest theme parks in Europe. I can’t believe I had not heard about it before! It was huge, with hotels and a campsite, as well as plenty of amazing rides. It felt like it was one of Germany’s best kept secrets as I don’t know many people that have heard of it before. It was so much fun, though, and I would definitely go back and take the rest of my family. There is plenty for everyone to do. 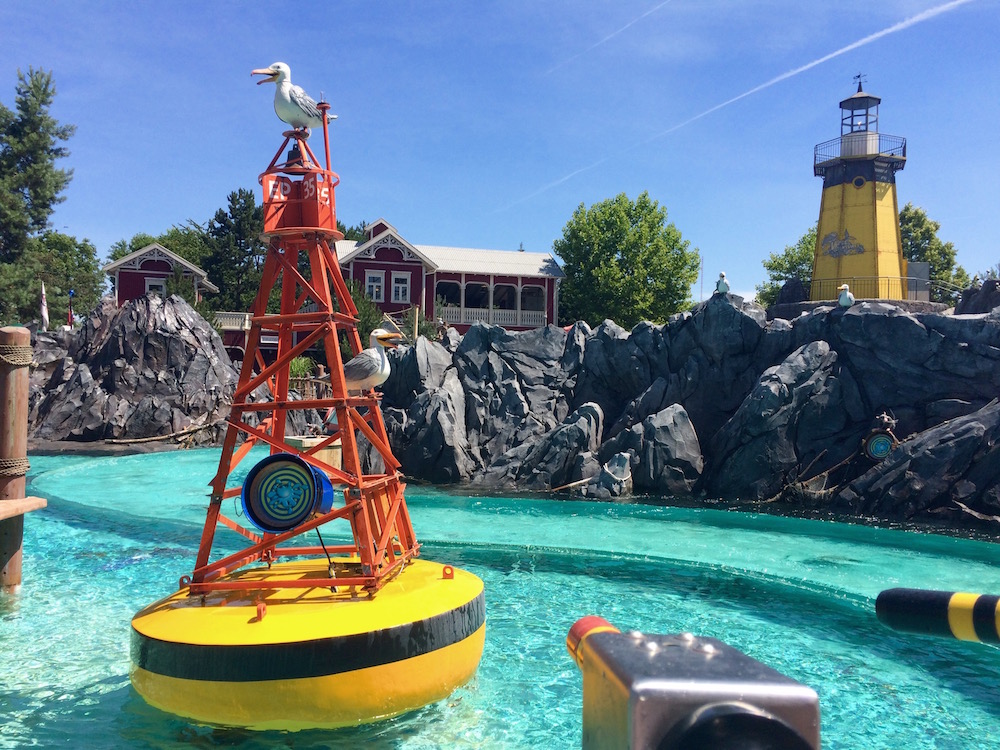 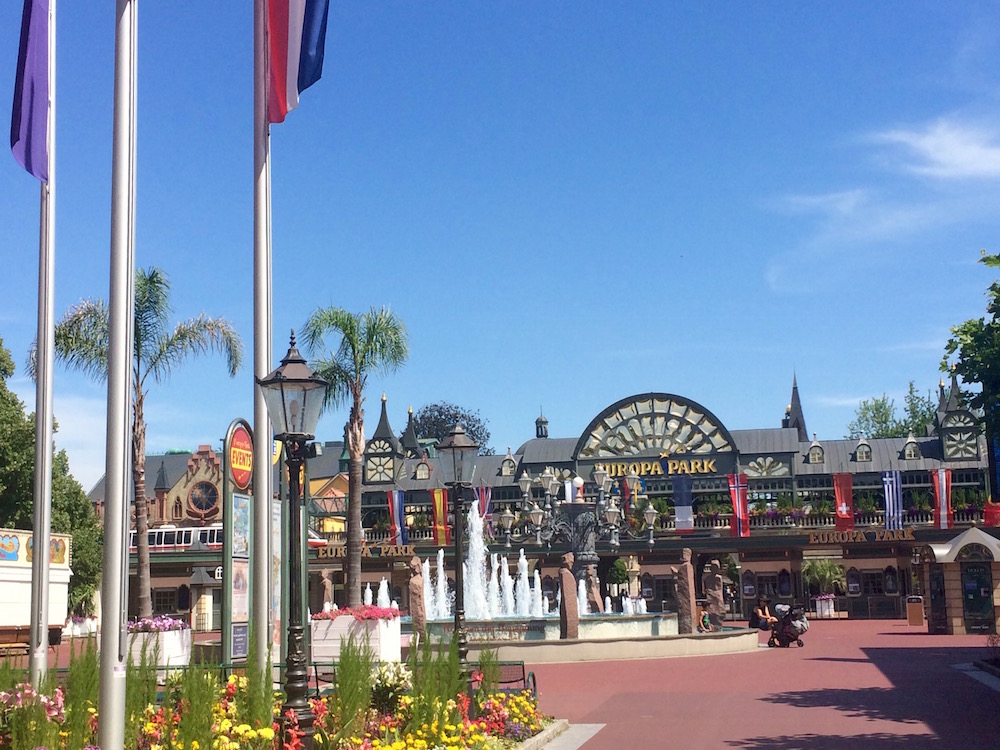 One of the things that I checked out was the campsite at Europa-Park. The entrance we took to the park was by the hotels that are associated with the park, so I didn’t see the campsite until we went past the main entrance. Set just outside of the park, it is much bigger than it looks. The space spans for quite a while, and it also has a conservation area for the plants and wildlife. As well as all of that, there are football pitches, a lake that you can swim in, beach volleyball court, as well as hiking and biking trails. It would make a great location if you’re looking for an outdoor adventure holiday but want to experience the theme park too. It is quite a contrast, but both lots of fun. 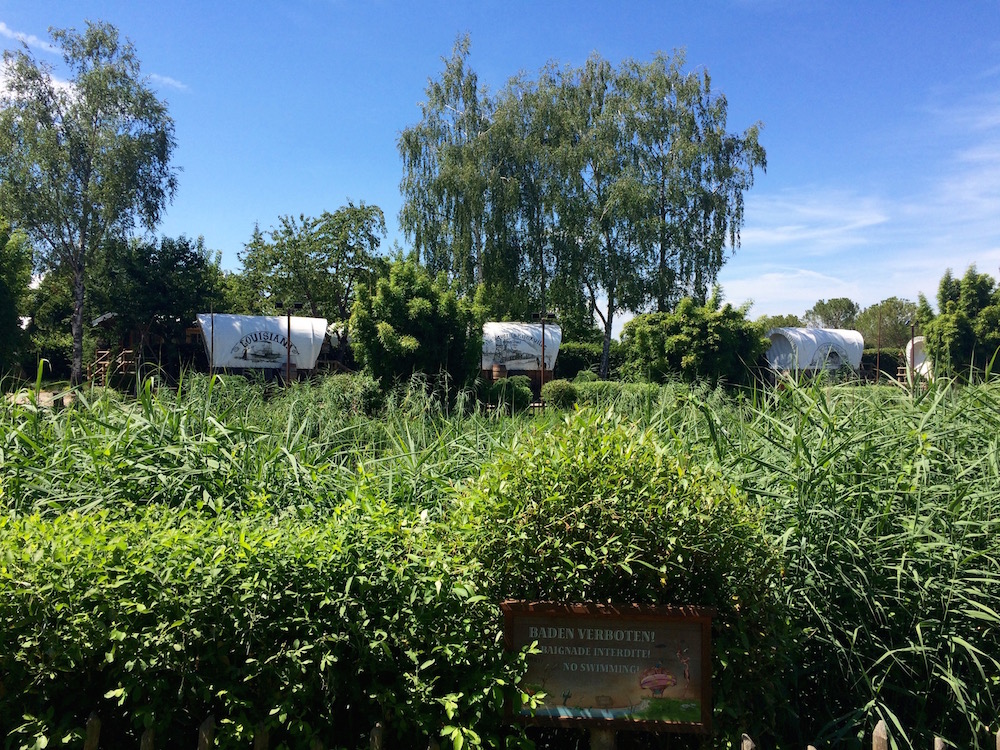 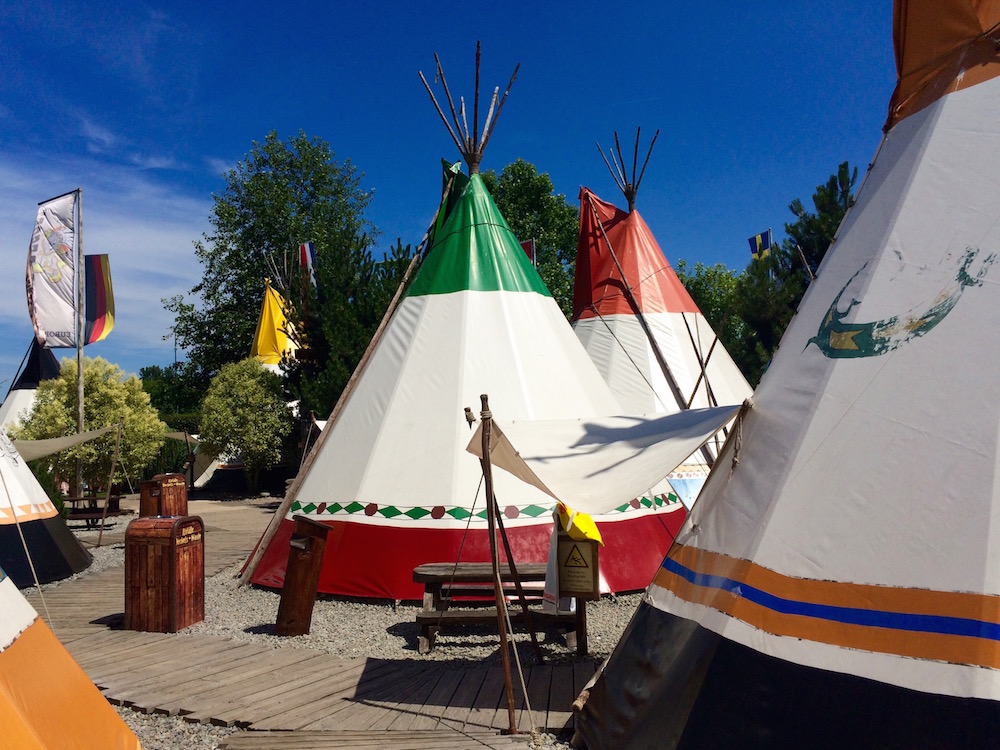 I was impressed by the range of facilities available at the campsite. Naturally, I was just expecting a field, where everyone can bring their tent or caravan. While that is part of the site, there are places to camp that are already there for you. There are some log cabins, tipis, and covered wagons to choose from. So if you want to pack light and fly over, it makes it much easier to do so (as it will be cheaper to stay in the campsite than in the hotel). They even had a honeymoon suite lodge! The attention to detail was amazing and I like the whole ‘wild west’ theme of it all. There are small shops, fire pits, bars and restaurants on site, as well as lockers, shower and toilet facilities, of course. Everything that you would need. I am not a massive fan of ‘roughing’ it, but that certainly wouldn’t be the case at this campsite. My kids would love it too. 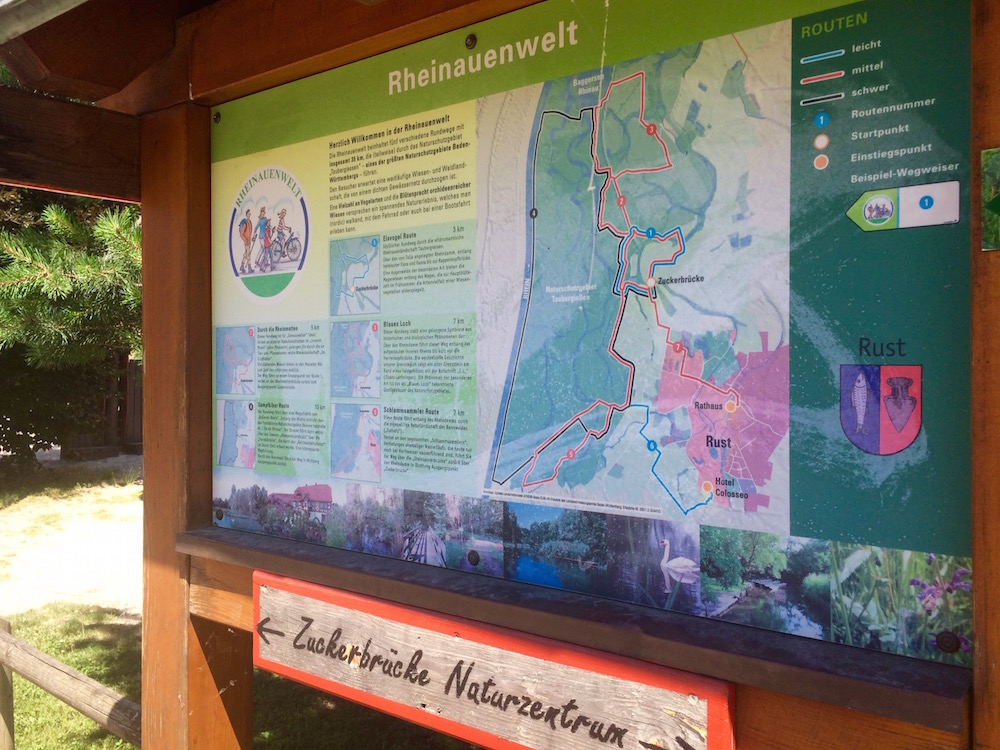 All in all I was so impressed with what the area of fly-baden had to offer, especially for outdoor holidays suitable for families. There is so much to do! The whole area looks postcard perfect, and I’m not even kidding; we were pulling over all the time to take pictures as it was all so breathtaking. The German people we met were fantastic and really genuine and helpful. They speak fantastic English, which ignorantly, is always a good thing for us when we go on holiday. I think the whole area has plenty to offer, and is pretty perfect for nature lovers. Have you ever been? Would love to hear what you think!

*I was invited on a press trip, but all opinions are my own.