Max is a pre-schooler so is learning more and more each day – it really does amaze me! We have been trying out these Alphabet Cards from The Appealing Rabbit to help him with his writing. Max is at the stage where he can say the alphabet and recognise the letters and is able to write his name, but that is about it, so it will be good to get him to trace the letters. There are only capital letters though so that would be additional to teach.

The cards are really brightly coloured and kept Max’s attention. He kept pointing and observing the animals in each picture and telling me what they were doing, so I think they are designed really well. The wipe off pen is good and Max liked wiping the card cleaning and correcting where he had gone wrong, with it. 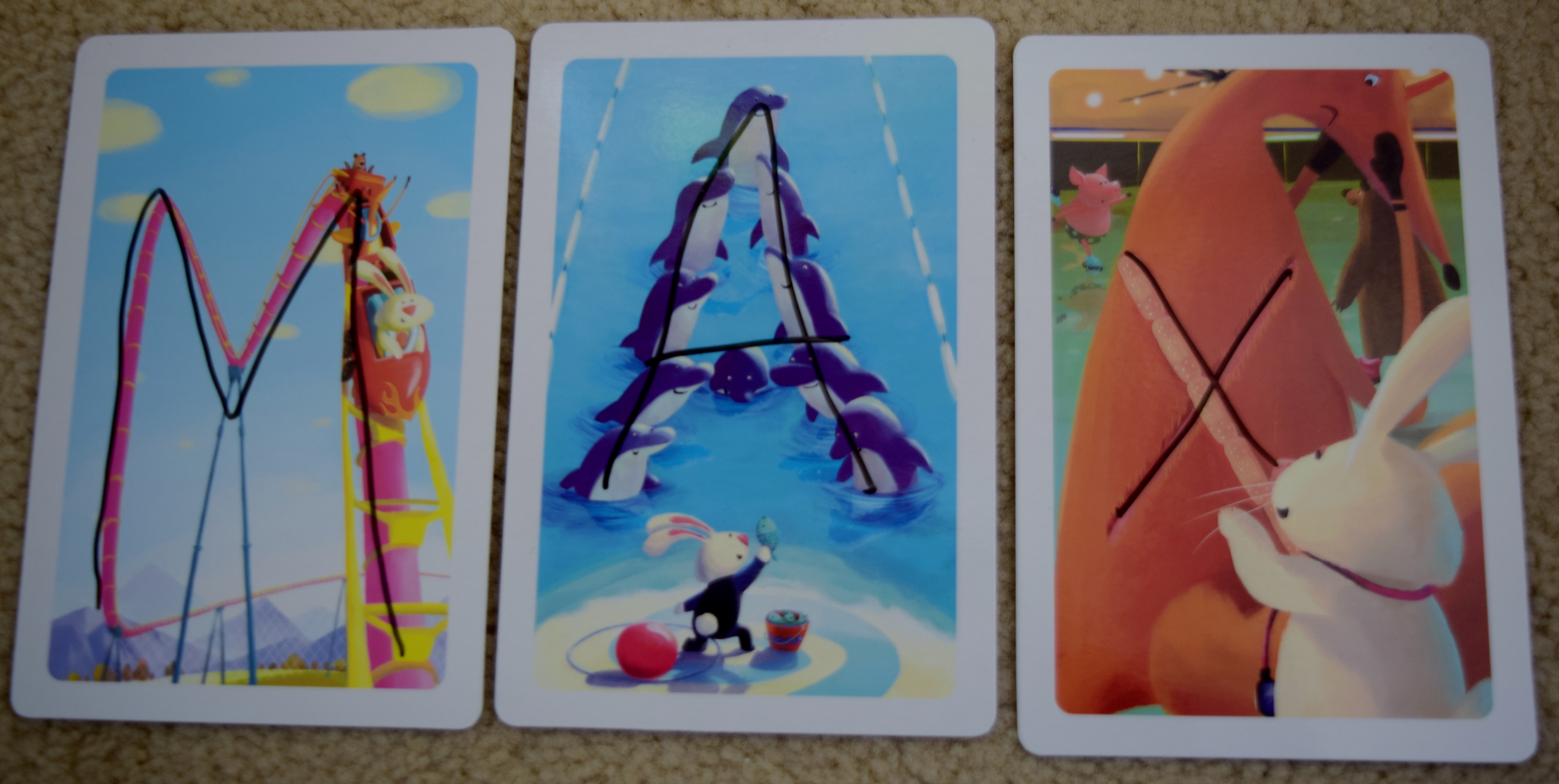 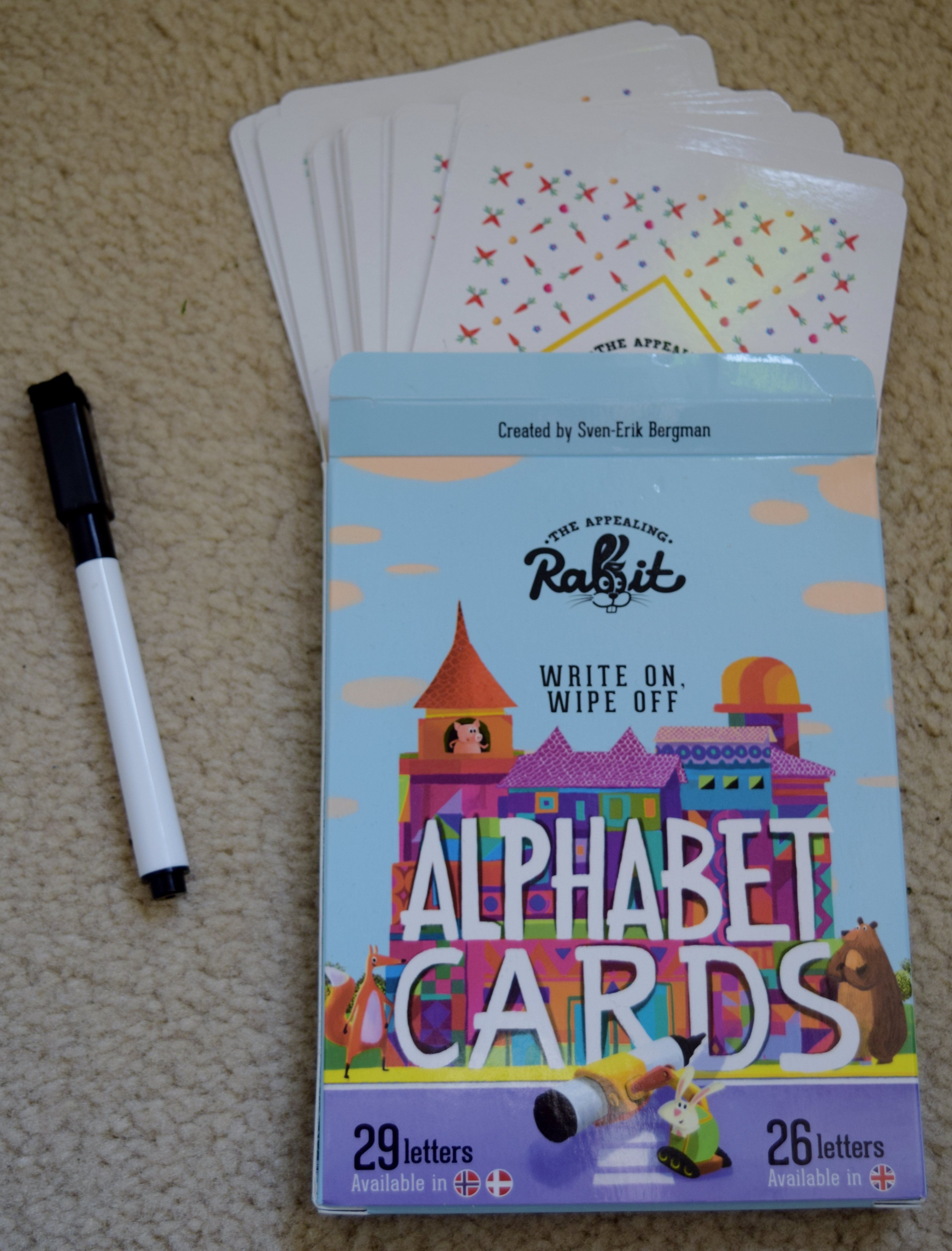 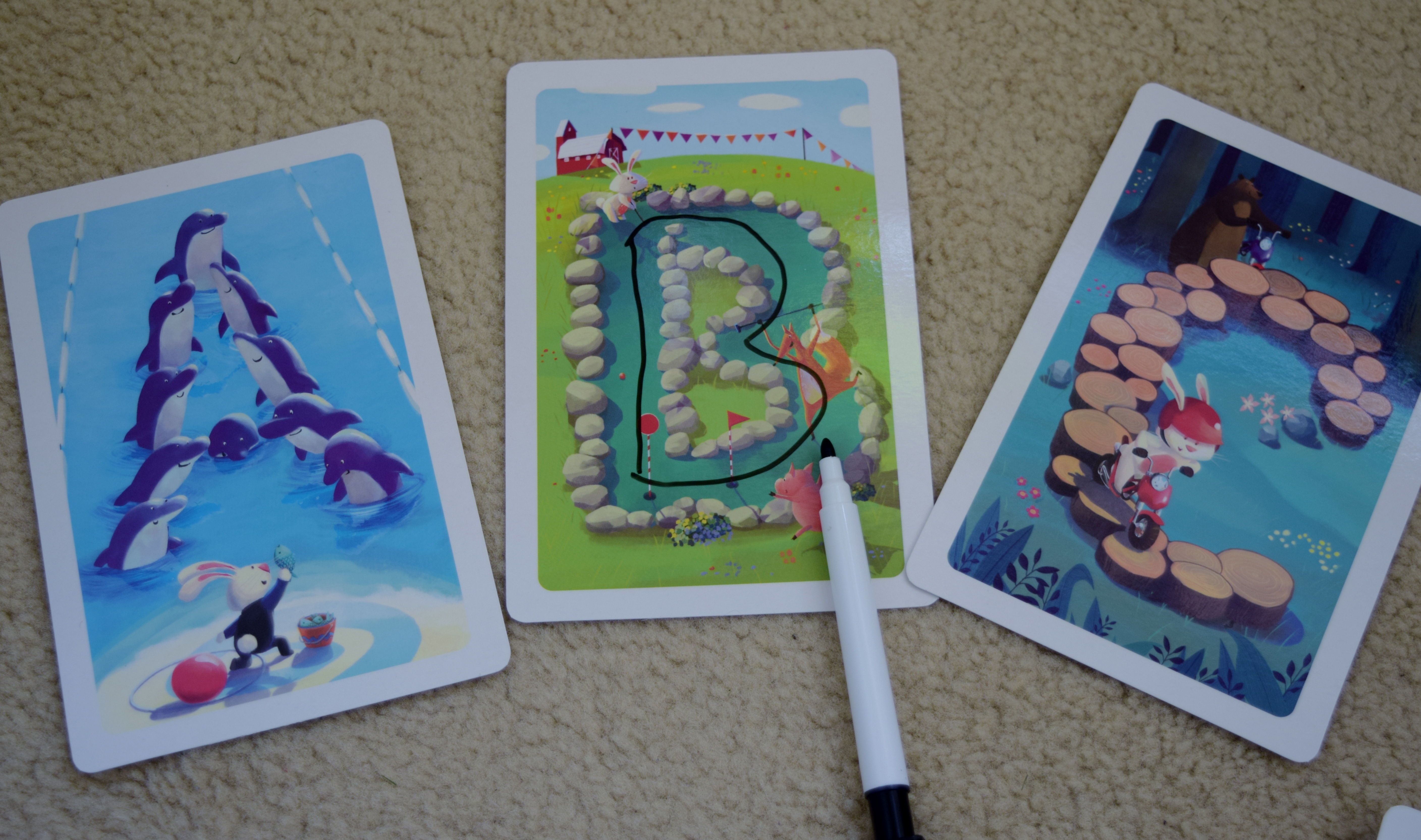 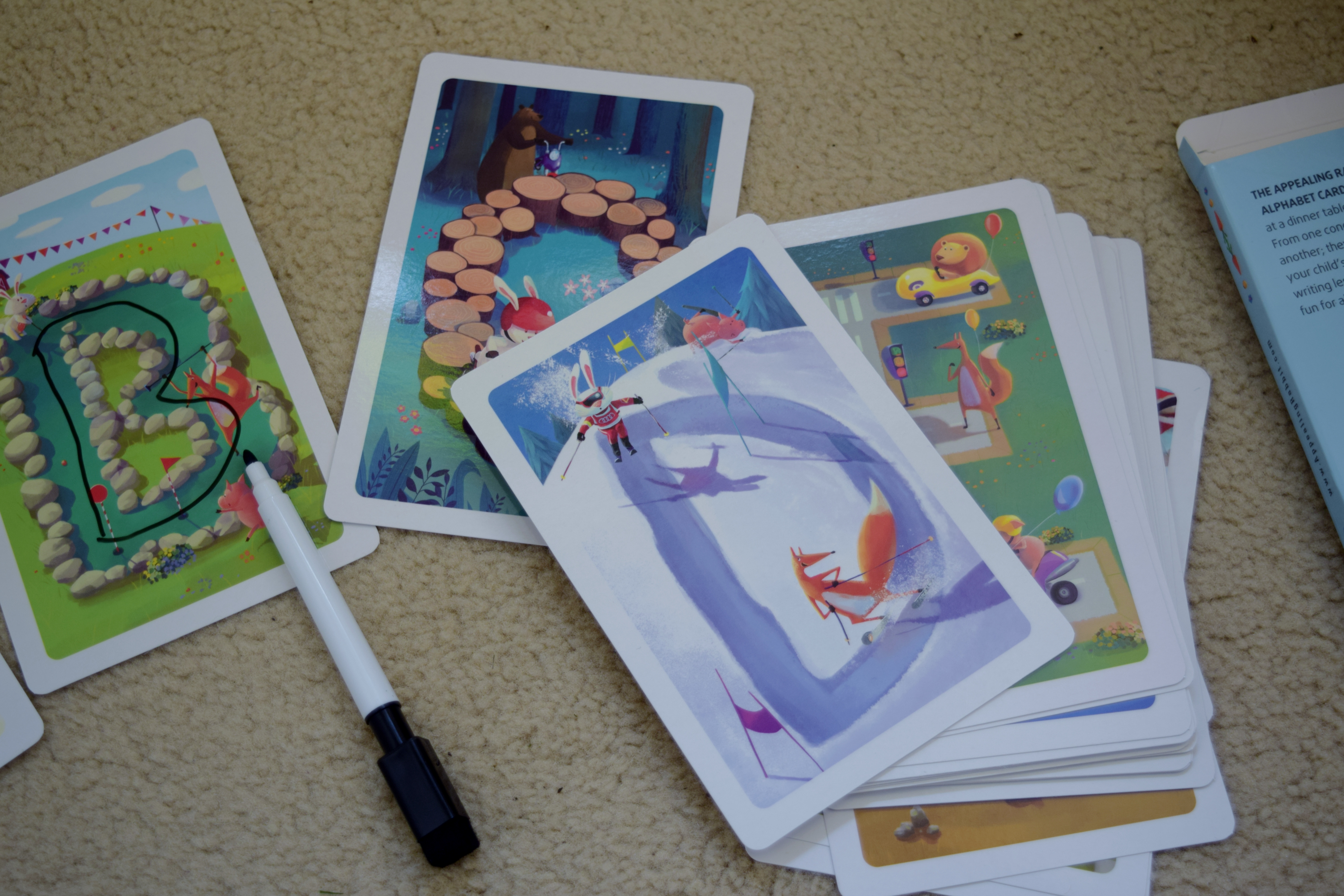 You can make it an element of a competition which could be good and bad. It would probably work better with older children but at the stage Max is at, I wouldn’t be happy doing the game of ‘me getting a point when he doesn’t do it right’, as he is early on in learning his alphabet, so I wouldn’t want to knock his confidence.

The cards are priced at £14.90, which if I’m honest, is a little steep. There are several things like this on the market so I think it should be a bit more competitively priced. Overall though I think they are a great product and would be equally as good for travelling or being at home and would work for a variety of ages, until your child is confident with writing.

Linking up to Toddler Approved Tuesday.

*The cards were gifted in exchange for an honest review. All opinions are my own.