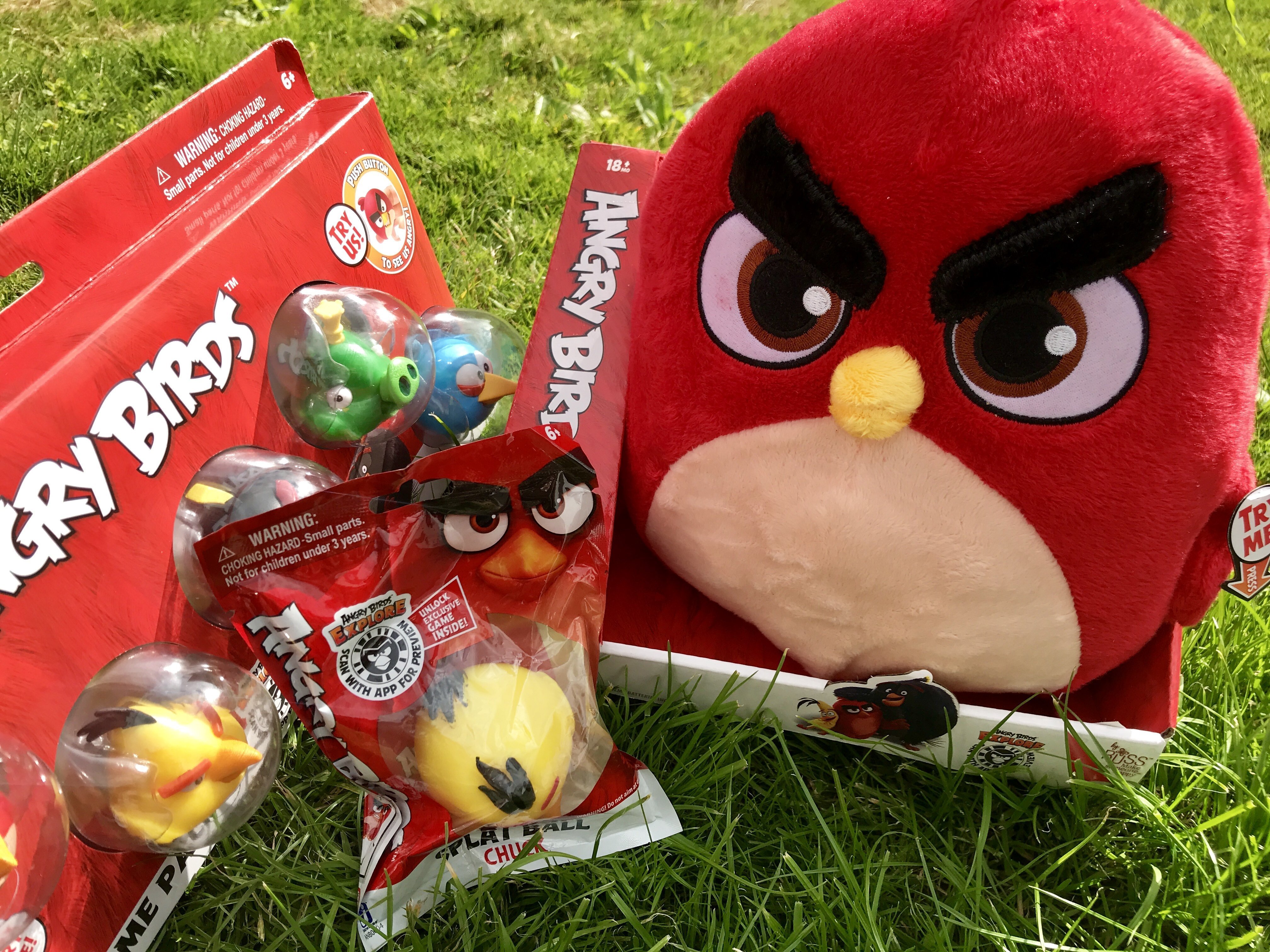 The summer holidays are coming to a close, so if you’re a little like me, and are running out of ideas to keep the little ones occupied, then a trip to the cinema is always a good option (plus, hello, air-conditioning in this heat)! One movie that is out at the moment is Angry Birds 2, and my two children went to see it last week and loved it. So they were super happy to see that we were sent the new Angry Birds toys from Jazwares to try out and see what they thought.

The soft plush toys are suitable from 18 months, but I think any age can enjoy a cuddly toy, right? We have the Red soft toy, and it is mega soft, made from a Velboa fabric. The added bonus, that is good for all ages, is that if you press the wing on Red, it makes several different sounds, from laughing noises to angry sounds. The range of soft toys are made to look just like each bird, so if your little one has a favourite, this has got to be a winner. I think it would make a great toy for any Angry Birds fan, and even better that it has the fun noises.

The splat balls are for anyone that loves to throw, and not really want to cause any damage! The range of splat balls is great, and you have options like Red, Bomb, Chuck, and Piggy; we were pleased to get yellow Chuck. They are very tactile to play with, and are suitable for ages 6 and up. They are also quite interactive, as they come with a card that you can scan, so that you can play an exclusive game on the Angry Birds Explore App, which is free to download. So mixing a little tech and fun can be a good way to spend some time before they’re back at school. The only thing with the split ball is that they are quite sticky, kind of, so if they were to fall outside or on carpet, for example, dirt or small bits of fluff would stick to them.

The last set that we have been trying out is the game pack, that comes with Red, Bomb, Chuck, Blue Bird, and King Leonard. As you have quite a few, you can play in teams if you want, and even recreate some classic Angry Birds moves! The children and I thought these were really cool, as their facial expressions change by the touch of a button, to make them look angry! It is pretty funny! They are well-made and are made for children aged 6 and over. Like the splat balls, they come with a card that you can scan; again, to use on the Angry Birds Explore App (free to download).

We have had fun playing with these, as they are just really cute and fun, as well as being bright and interactive. They are made to look just like the characters do in the movie, and you can collect them all if you love Angry Birds as much as my two do.

The Angry Birds toys are stocked at Smyths, as well as the Entertainer, Tesco & Gamestop, with varying prices for each set.

Have you seen the new Angry Birds Movie yet? It would deb great to hear what you think!

*the toys have been gifted in exchange for a review, and all opinions are our own.