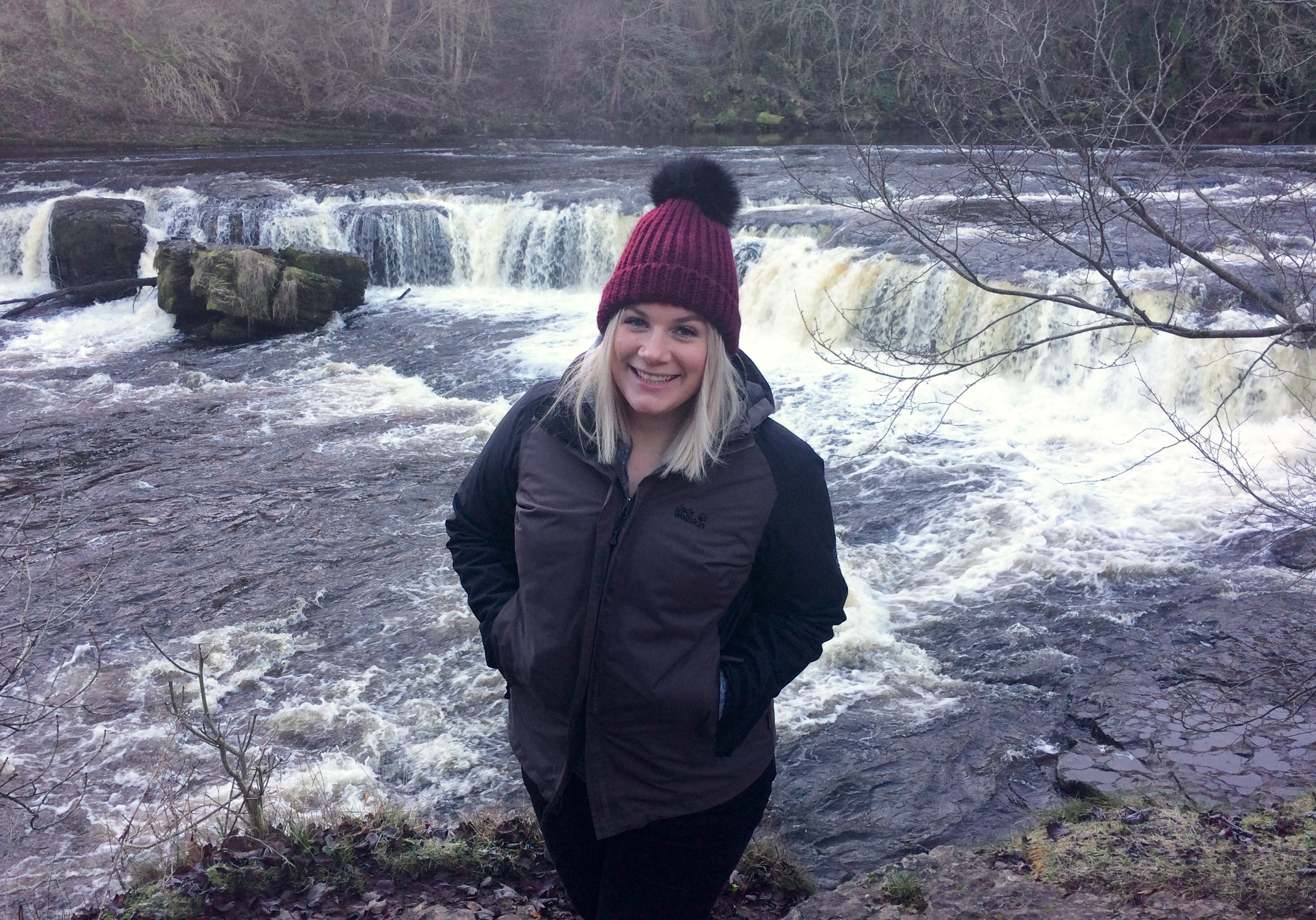 This past weekend, as well as celebrating the end of 2016, we also celebrated the fact that we got married eight years ago! I know it is such a cliche thing to say, but time really does fly. Feels like we have fit a lot into that eight years, though.

So it seems like plenty has happened in the past eight years, with lots of other stuff in-between too. We normally don’t do too much to celebrate our anniversary. But this year, as part of the husband’s Christmas and anniversary gift, I arranged a night away in the Yorkshire Dales. I am from Yorkshire and we got married there so it seemed fitting to stay there and go exploring (not to mention the fact that we had my parents up there for babysitting)! It was nice to be able to drive somewhere too, rather than by train or airplane; we knew we’d have everything with us and didn’t need to think about packing a toddler car seat and the like. 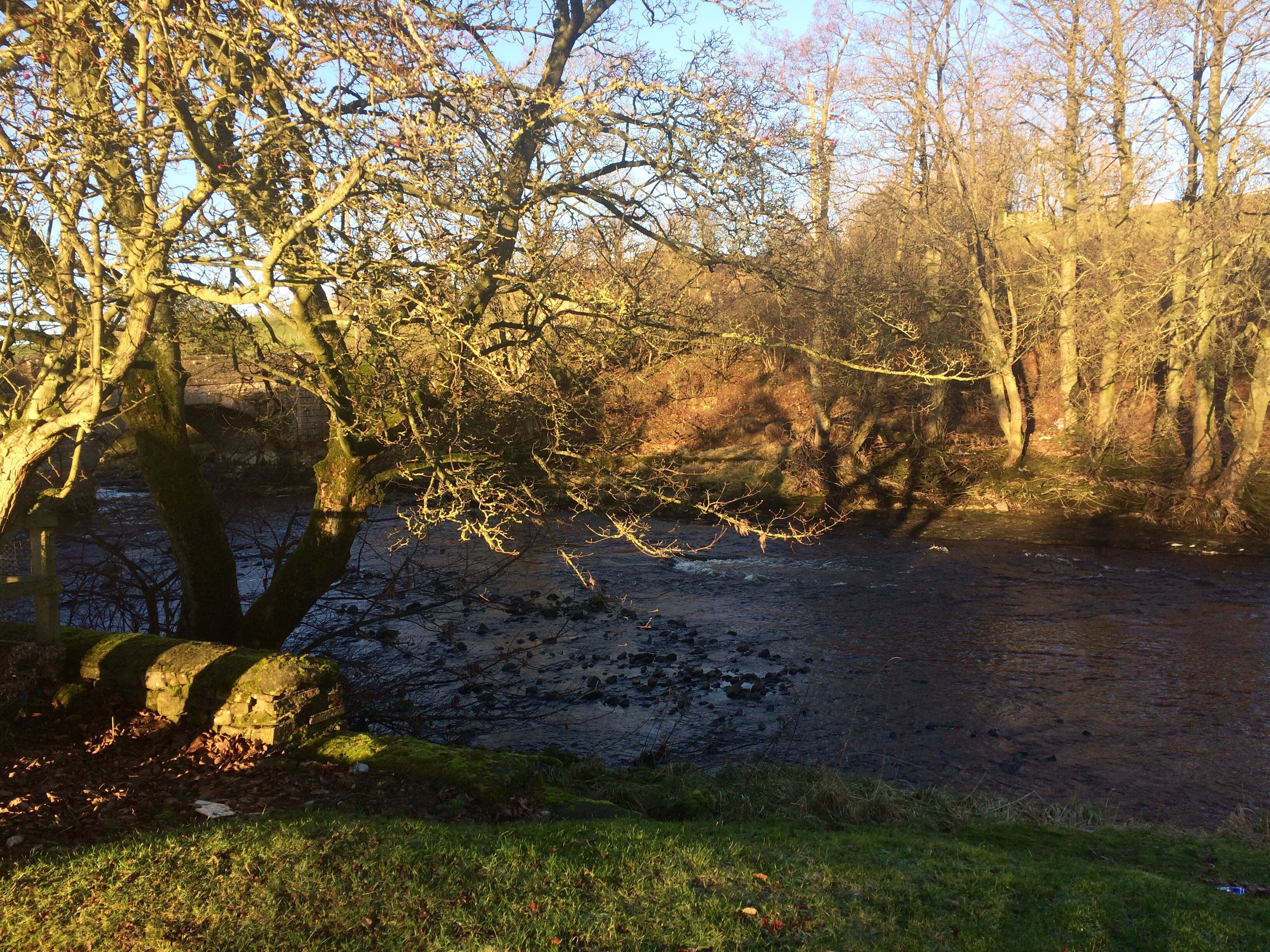 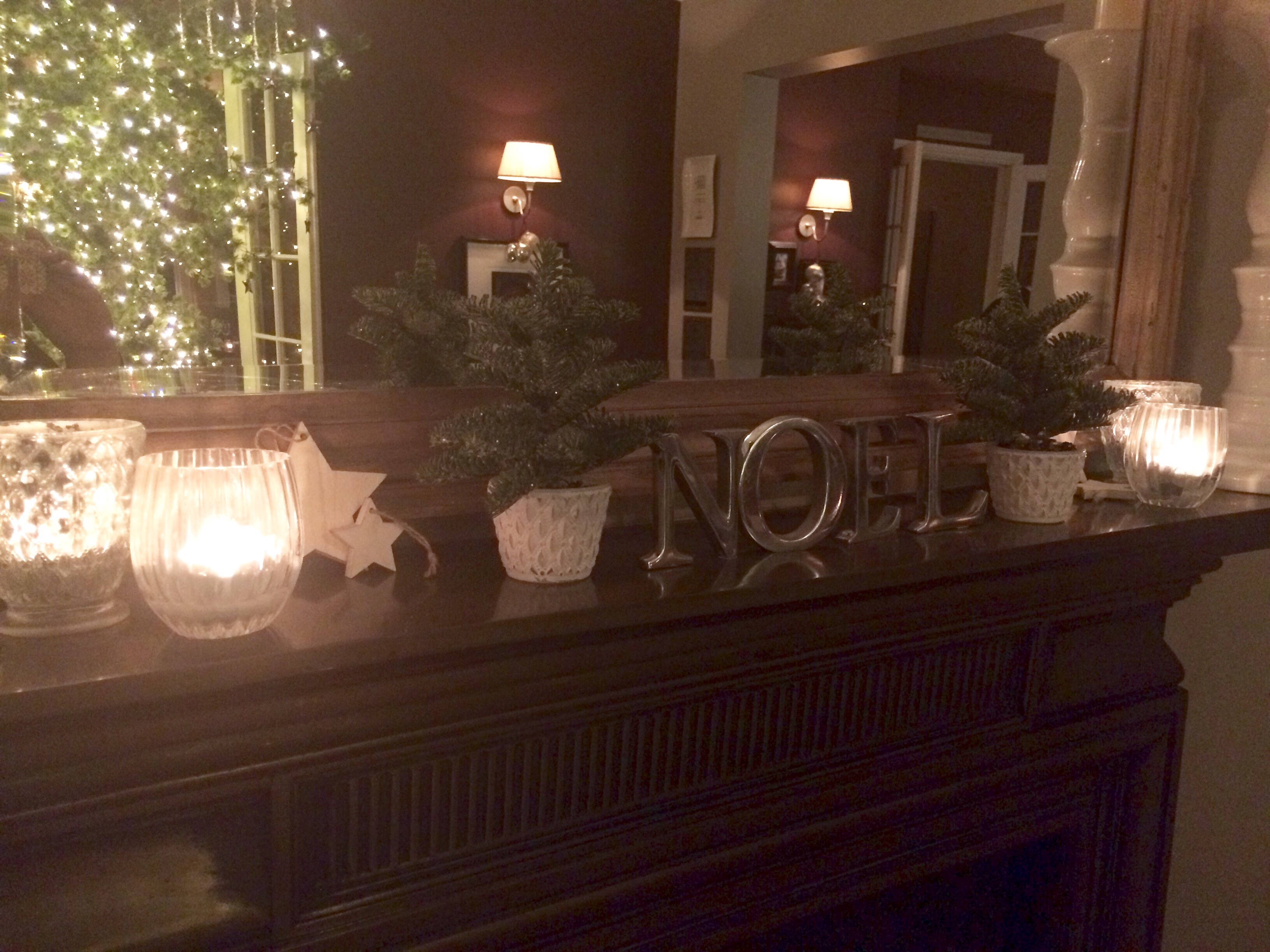 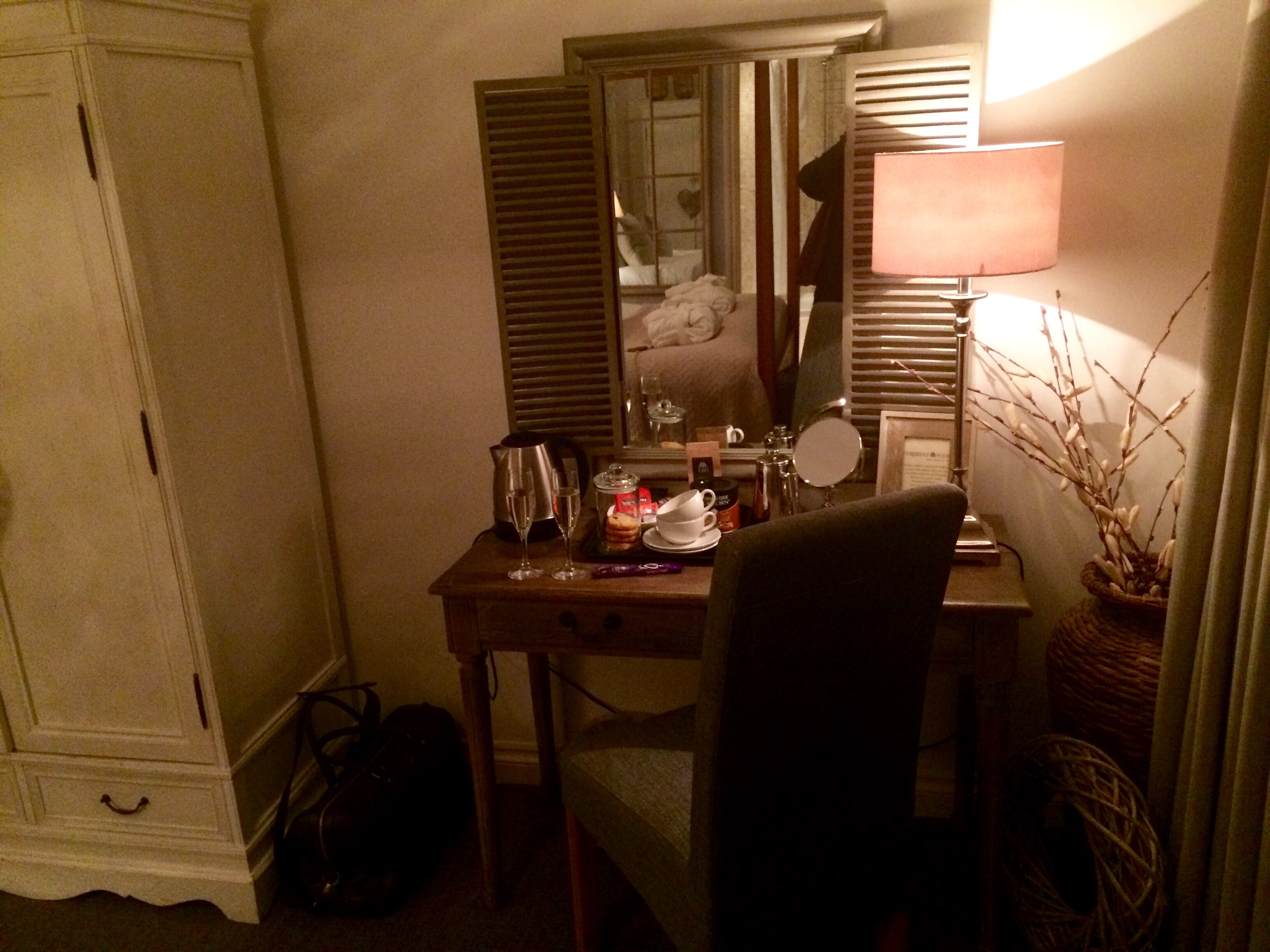 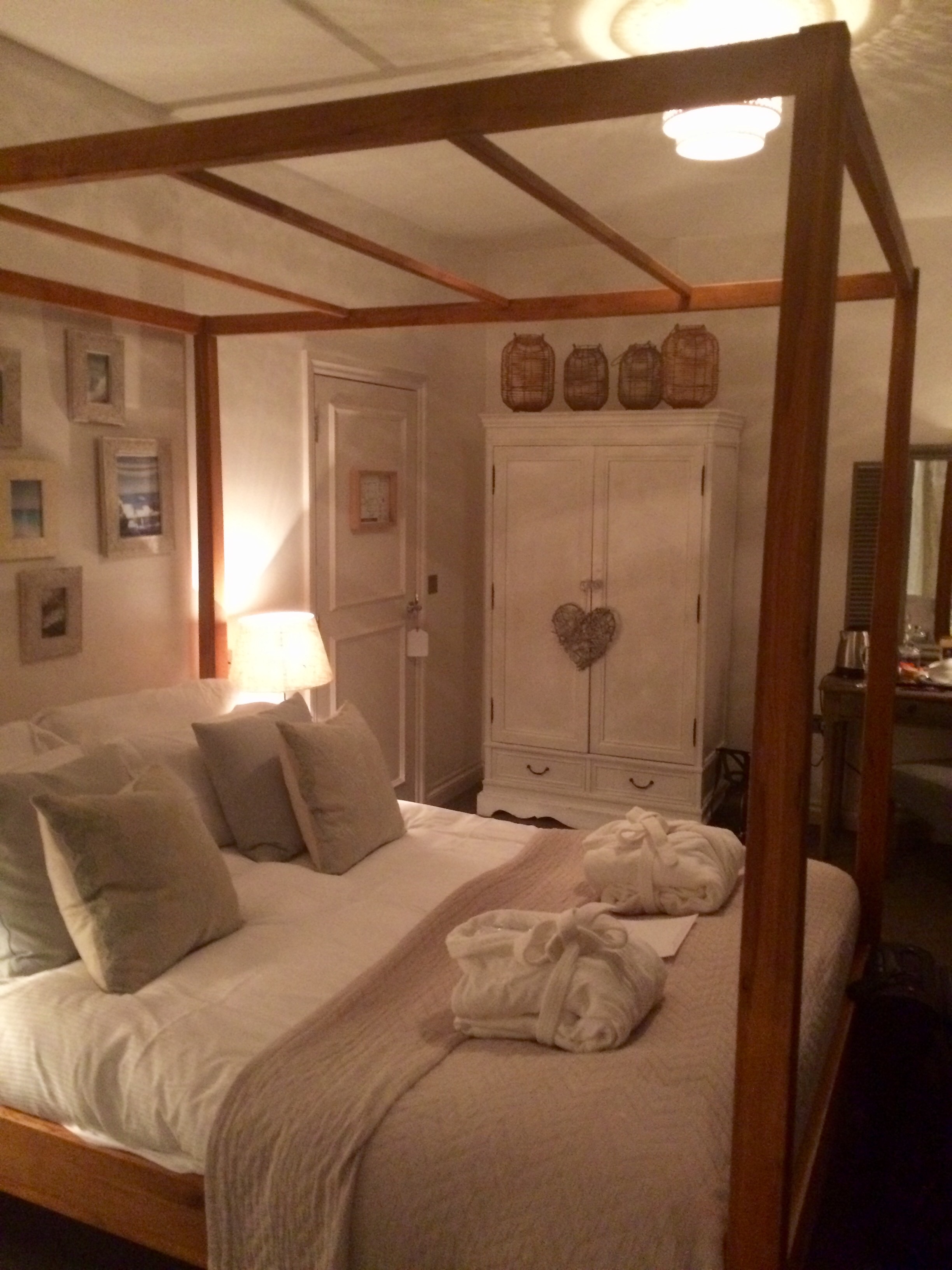 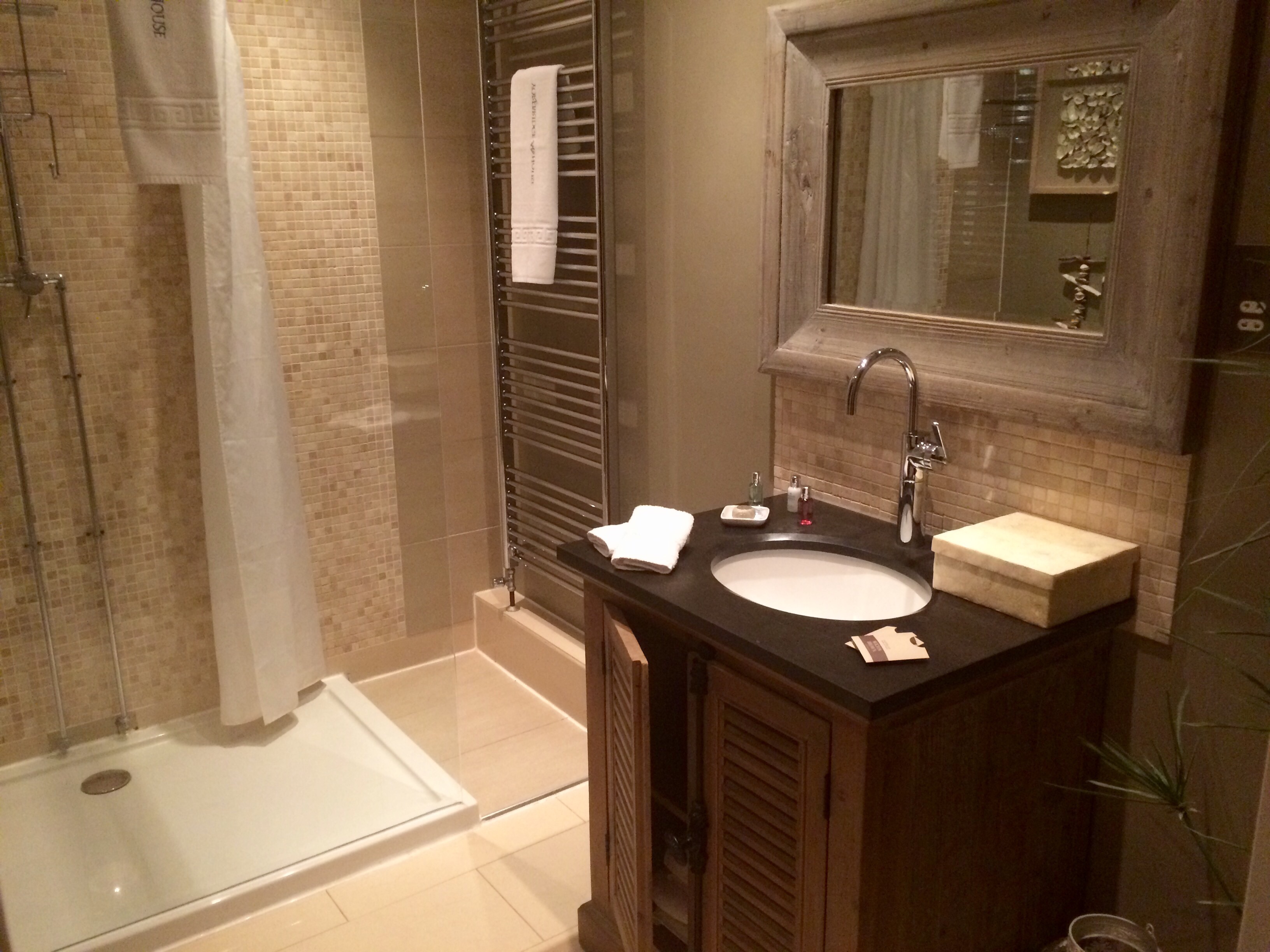 We stayed at Yorebridge House, a five star boutique hotel in the village of Bainbridge; it was simply amazing! The design and style of each of the rooms is different and I loved it all – totally inspired me to get redecorating haha. We stayed in the Caribbean themed ‘St. Jean’ room. I chose it as it was one of the rooms that has a private terrace and hot tub, and because we had our honeymoon in the Caribbean. Because I’m totally romantic. The attention to detail was fab and the food was to die for Think there will be a separate review of the hotel as it was so amazing. So onto the spots in the Dales that we went to.

As we got to the hotel in the evening of New Year’s day, it was dark and a lot of things were understandably closed. So we did our exploring on the second, which happens to be our actual anniversary so it was all good. Our first stop was to Aysgarth Falls. It is a series of waterfalls and a little walk, only about a mile or so, up and down the waterfall. 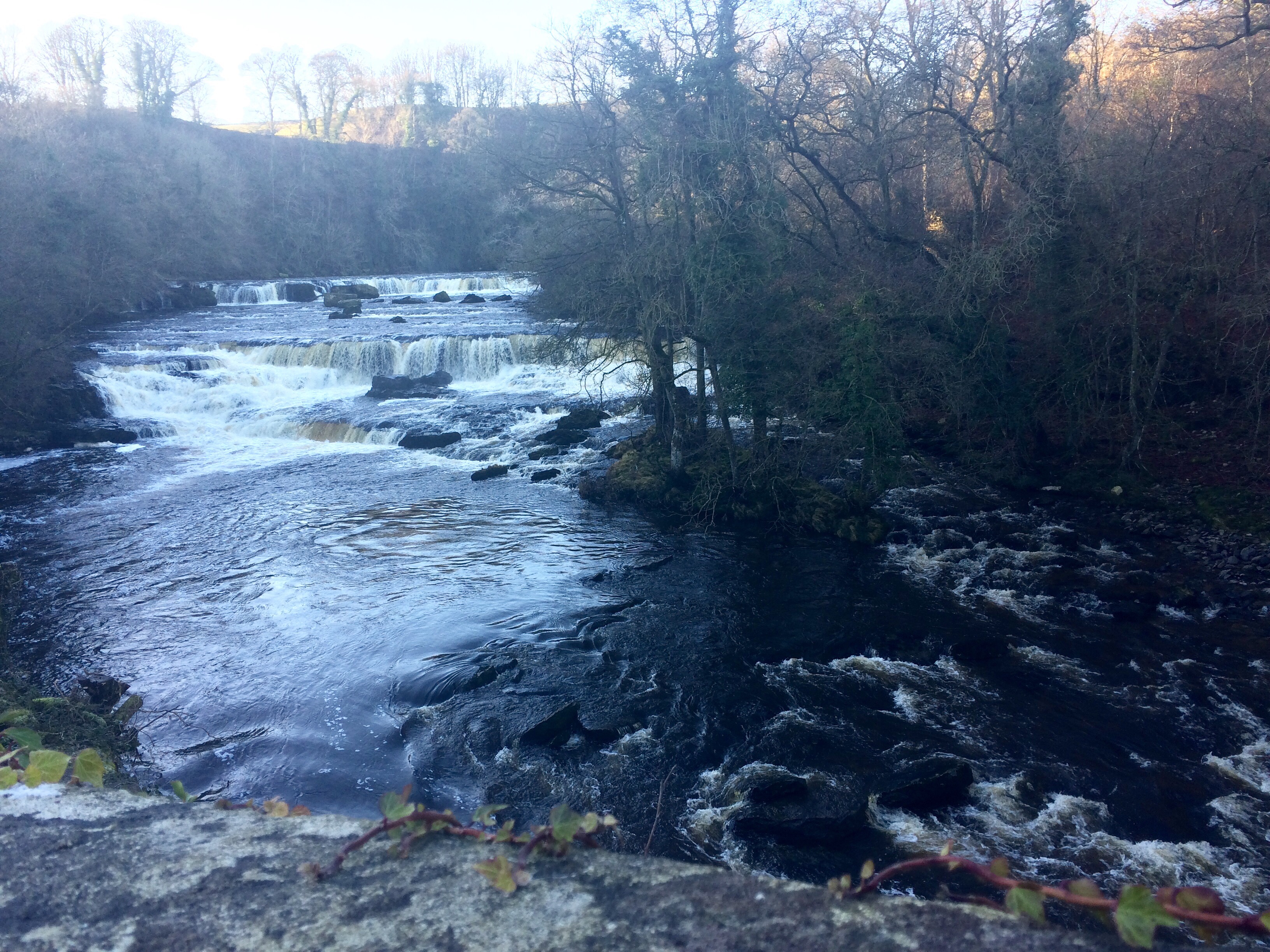 Second we headed to Bolton Castle as it is really close to the area where the waterfalls are. The car park was free to park but the castle was closed. So just had a mooch about the grounds and gardens. I had been to the castle before, but not for quite a while. It was a stunning day, though, so it was just nice being out and about. 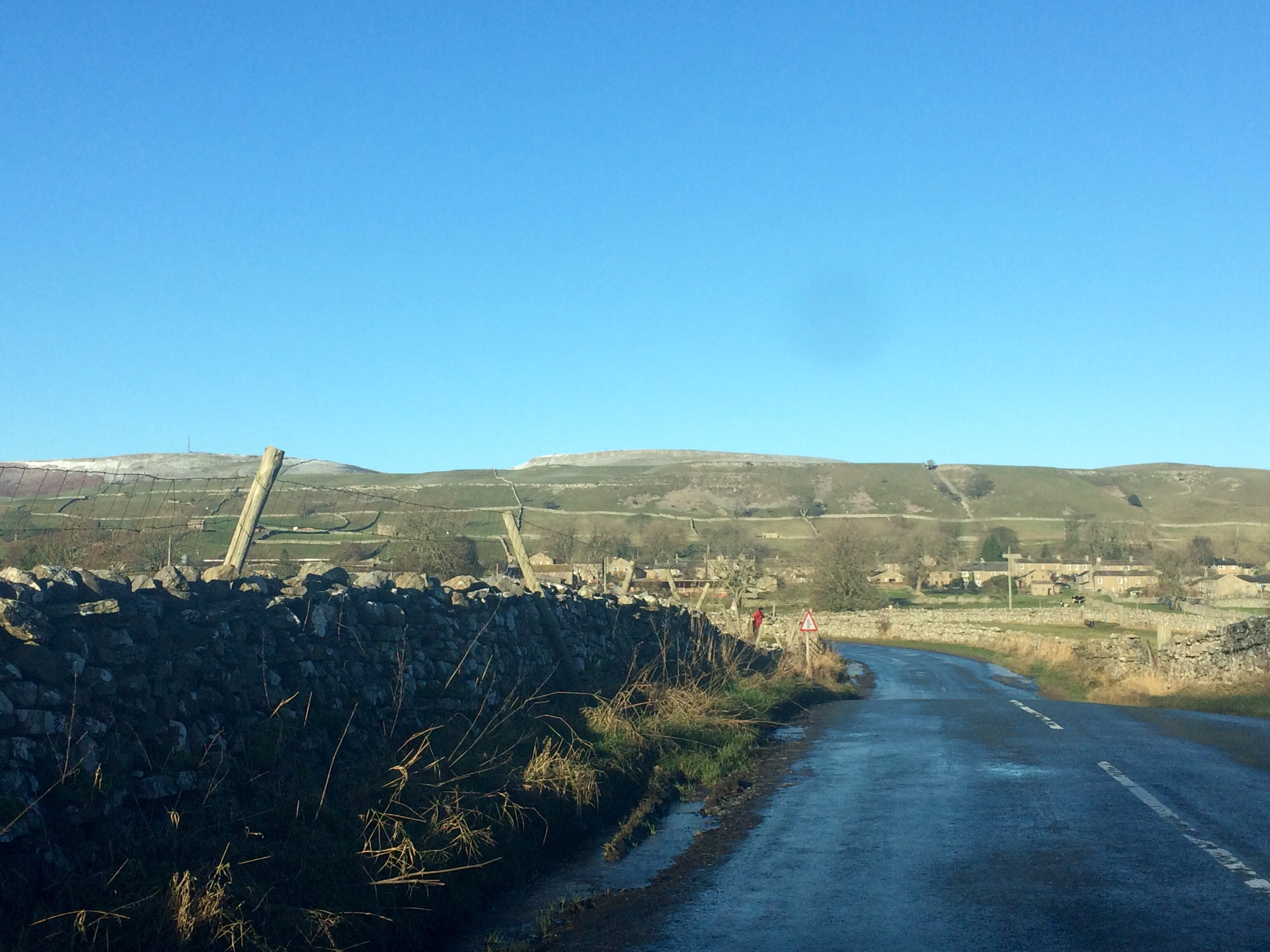 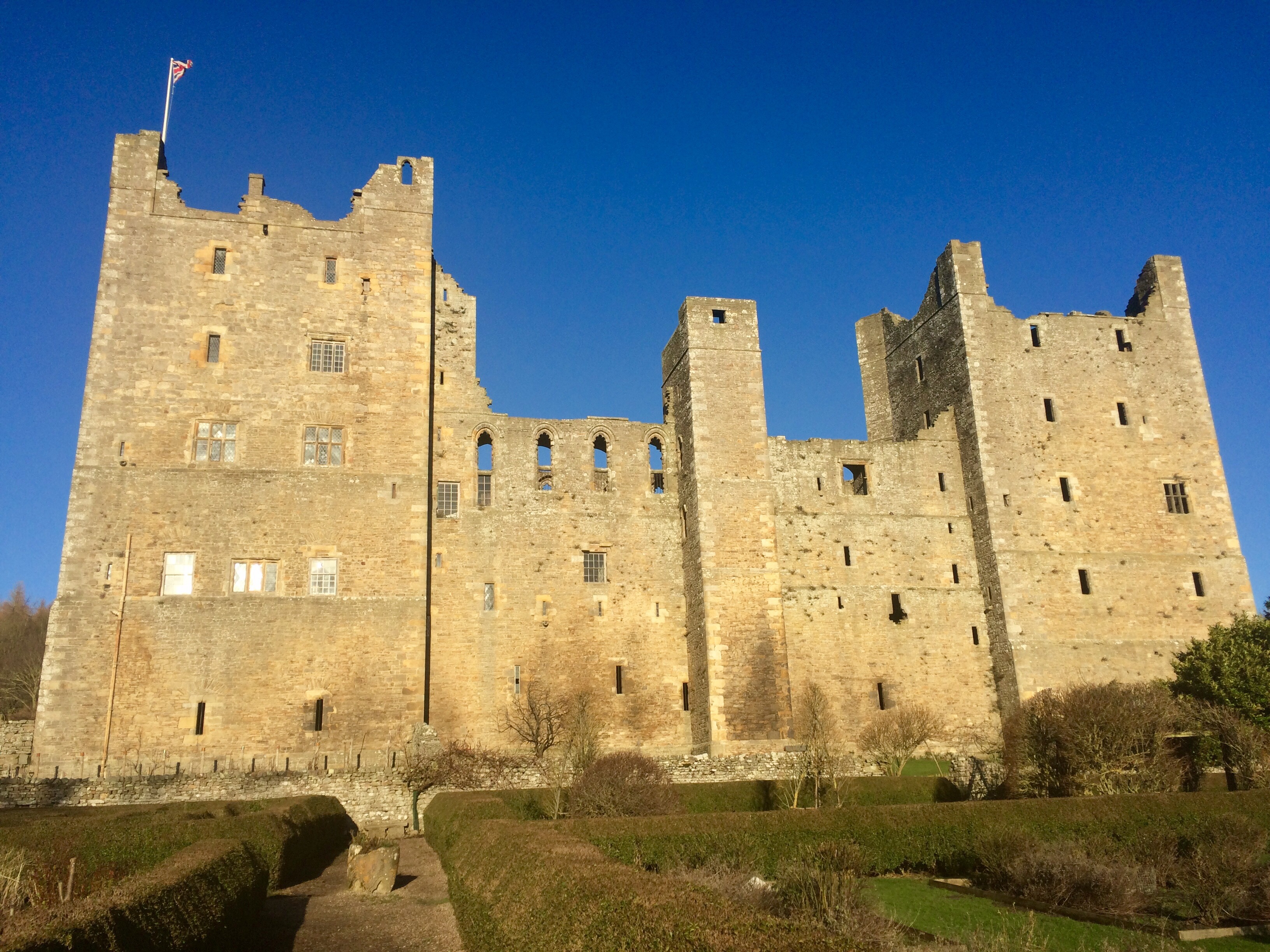 After that, we headed out to Hawes. It is one of the bigger villages in the Dales and the home of the Wensleydale Creamery. When I saw on paper that there is a cheese factory that you can wander around, I thought it would be so lame. But it was actually really fascinating. Even Mr. U who hates cheese enjoyed it! It was the bargain price of £2.50 per person so it would be rude not too, right? Plus, there were plenty of Wensleydale cheese samples on offer. Veganuary is not going well… 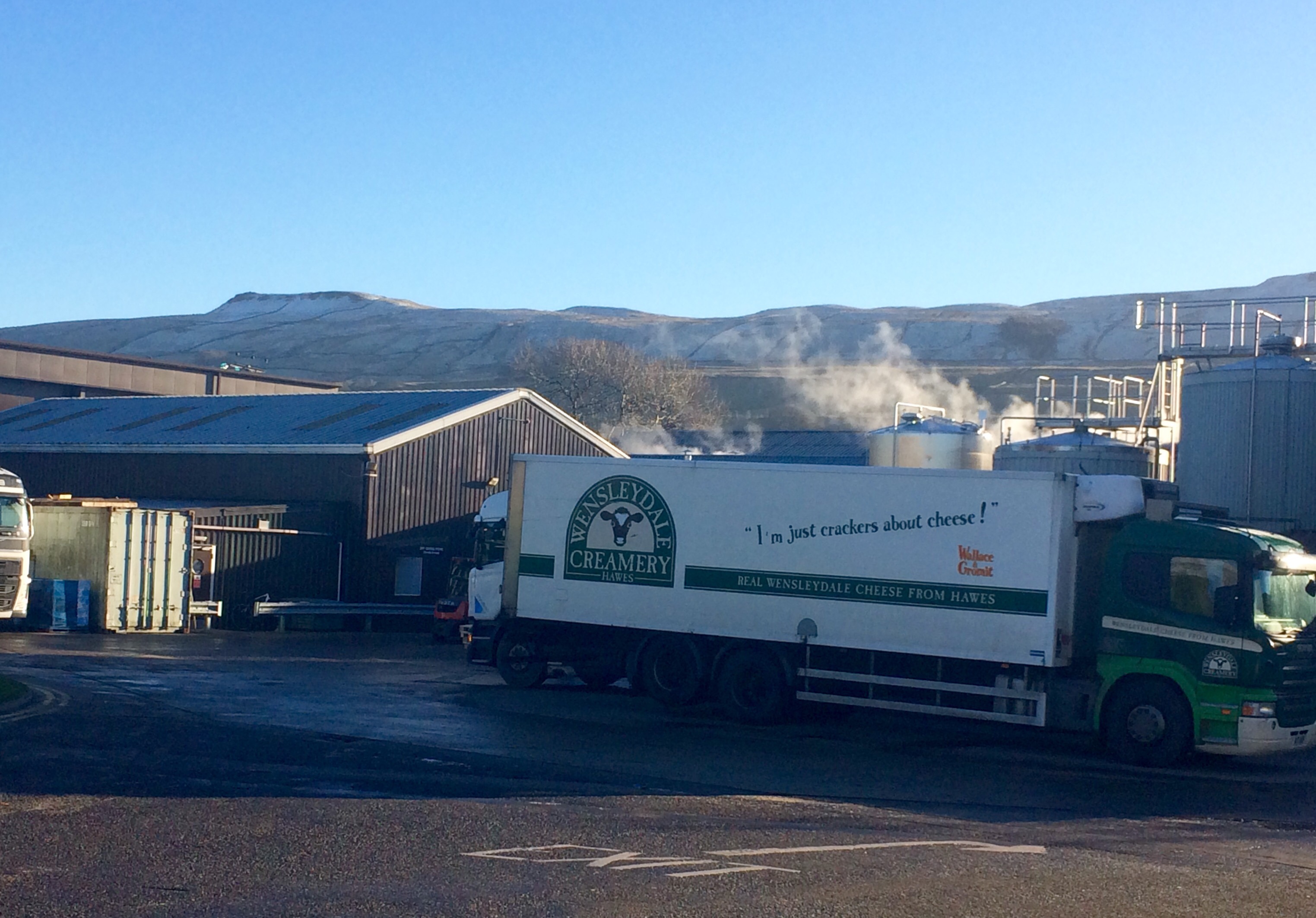 After a little lunch and wandering around the village, we headed back to my parents to see the kids. It was such a cute little trip, though, and we certainly lucked out with the weather. I think it is important to have time away from the kids as often as allows to remember why you fell in love with each other in the first place. It can be easy to get caught up in the busy life that is working and raising little children. So it was a quick, but much needed break.