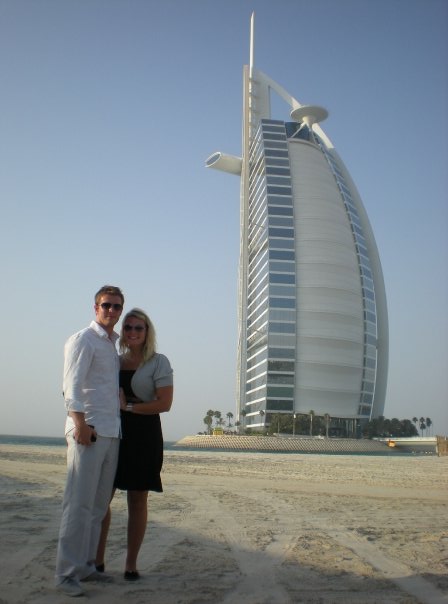 Just to let you know what the Urie side of our family got up to on our week long trip to Dubai…
We flew on Monday night from Heathrow Terminal 5. I know when it first opened that it got a lot of stick for being rubbish and having lots of delays etc but it was really nice! As it’s only BA that fly from there it was really quiet and had some great shops to look around. Always like to have a stroll around Tiffany and Co. and look at all the sparkle!
We arrived early Tuesday morning and we were greeted by 34 degrees weather! It was only like 7am! We got taxi’s to the hotel and on the journey was a fascinating place see- Mike and I decided though, that it was a place that really felt ‘abroad’ as obviously signs were in arabic and people were in the national emirates dress which was cool, but quite surreal at first. 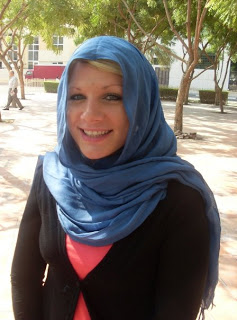 Our hotel was apartments really and we were all staying in a 4 bed apartment with kitchen, living room etc. Really lovely and had a great pool (Enlgand cricketer Freddie Flintoff was staying there whilst we were and saw him lounging around the pool on a few occasions…).

Highlights of the trip were taking a trip into the middle of the desert. In big 4×4’s we drove over sand dunes and watched the sun set, start gazed, camel rides and had a proper arabic evening with food and belly dancing. Was really cool and lots of fun. It was crazy just to be literally in the middle of nowehere- felt like Bear Grylls! We went ot a mosuque too which was really interesting.

We had afternoon tea at the Burj al Arab hotel. It is the only 7* hotel in the world. I felt like quite a celeb lol. Was quite a crazy hotel though as it was decorated in very bright colours but nice all the same. 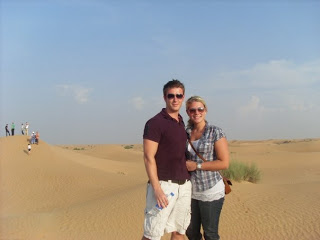 We went to the Dubai Mall which is the biggest shopping mall in the world- I was in heaven! They had lots of UK shops like Topshop, New Lok and M&S and literally all designer stores I can think of- tried some Jimmy Choo’s on and Manolo Blahniks… dreaming of one day owning a pair….! There was a massive aquarium in the middle of the mall so we saw that and there was a water fountain show in a massive lake that, dare I say it, was better than the Bellagio in Vegas. Lots of amazing things to do and see in Dubai.
Last main thing that we did, other than a bananna boat in the sea, was going to the Atlantis Hotel and waterpark. It is the newest hotel in Dubai and is on the man-made Palm island which can be seen from space. The water park was massive and very fun- there was a slide that went through the main aquaruim so was glass on all sides and felt like you were swimming with all of the fish. We all got rather sunburnt that day- oh well!
I would totally recommend going to Dubai to anyone- there is so much going on and is definately an up-and-coming venue. Lots of property developemt etc. I even caught mike looking at how to get an emirates visa the other morning- he thinks it would be a cool place to invest and build property for a few months. We will see…. 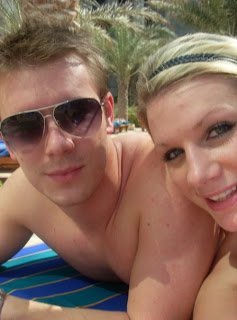