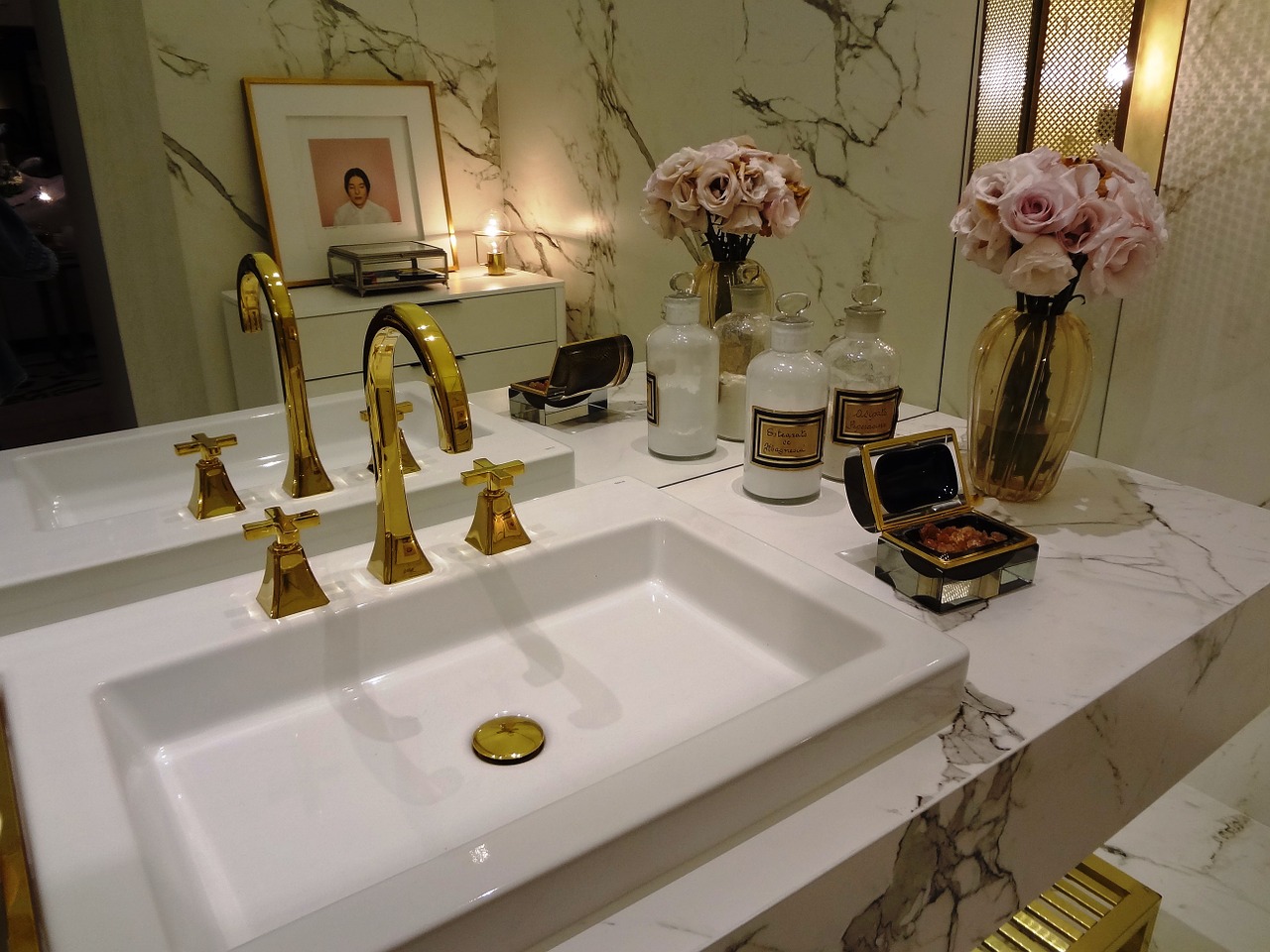 For me the bathroom is one of the rooms in the house that I want to feel most luxurious. I don’t even know why really. I guess it is the room where I do my hair and makeup so it is nice to be surrounded by a little luxury when you’re getting ready. Anything that channels a little bit of a luxury or spa-like vibe and I’m all over it. Seen as I rarely get a chance to be properly pampered, I try and do as much as I can at home.

How can you give your bathroom a feel of luxury, though? A whole renovation can be pretty pricey. So you might just want to change one or two features. Here are some ideas that I think would certainly add a luxury feel to any bathroom. 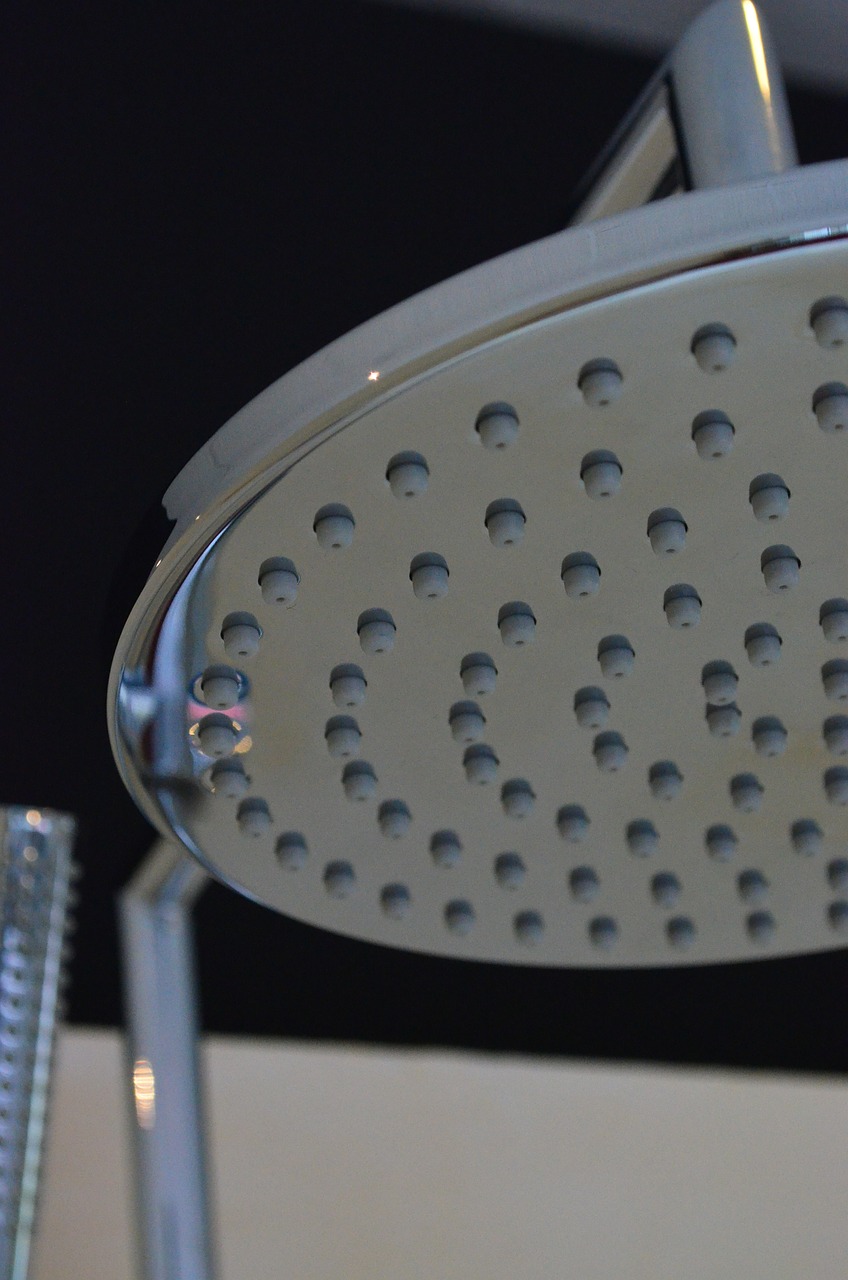 I remember the first time I stayed over at my in-law’s when Mr U and I had just started dating. They had a huge waterfall shower in their bathroom. I love taking showers and it was so nice to have the whole shower head pour water all over you, if that makes any sense? They are a luxury to wash in, as well as the fact that they just look so good too. So as soon as anyone sees the bathroom, it gives it that ‘wow’ factor. I like the look of a Grohe shower from SuperBath, for a fountain / waterfall shower. You don’t have to create a whole new shower either. You could just change the shower head.

There is no getting away from the fact that I share my bathroom with my kids. One day I’ll have an ensuite. One day… But until then, I do have to think about practicality of a bathroom and kids. Bath time can be quite fun as they both love having a bath. Until it comes to washing hair that is. So I think having a had shower that detaches from the wall would be a really handy, but still luxurious feature. It helps them to get the hair  washing done quickly which is always a good thing. I can use it too for shaving my legs too. So a practical but still stylish touch would be something like a Hansgrohe hand shower added into your existing bathroom.

For me a luxury bathroom has to be all about tiles! Think of the bathrooms that you like the look of. I bet the majority are filled with tiles. I think large tiles can make it look better, rather than lots of smaller ones. But that is just down to personal preference. So if you have currently have carpet on the bathroom floor, or perhaps a lino type of thing, then it might be time to upgrade to tiles. They can be cold on the old feet, but you can get underfloor heating. We did that ourselves and it is much simpler than you’d think it would be. Plus, underfloor heating just screams luxury, right?

I don’t know about you, but I prefer when the toilet is wall mounted. Sometimes it gives the effect that is is floating which is quite fun, as well as hiding the pipes behind it. I have found that it makes it easier to clean too. So a wall mounted toilet like a Villeroy & Boch subway toilet could be a fab idea. You don’t need to have it attached to a vanity or sink unit, just a wall substantial enough to hold it.

As I have said, I like to get ready in the bathroom. So a stylish vanity unit is a must. It does the job of providing a surface to rest everything, as well as a mirror. It also helps to have drawers and a little cupboard to store everything in. I hate to have clutter laying around, so extra storage in the room is a winner with me.

Have you got plans to make over your bathroom next year? What makes a bathroom luxurious for you?