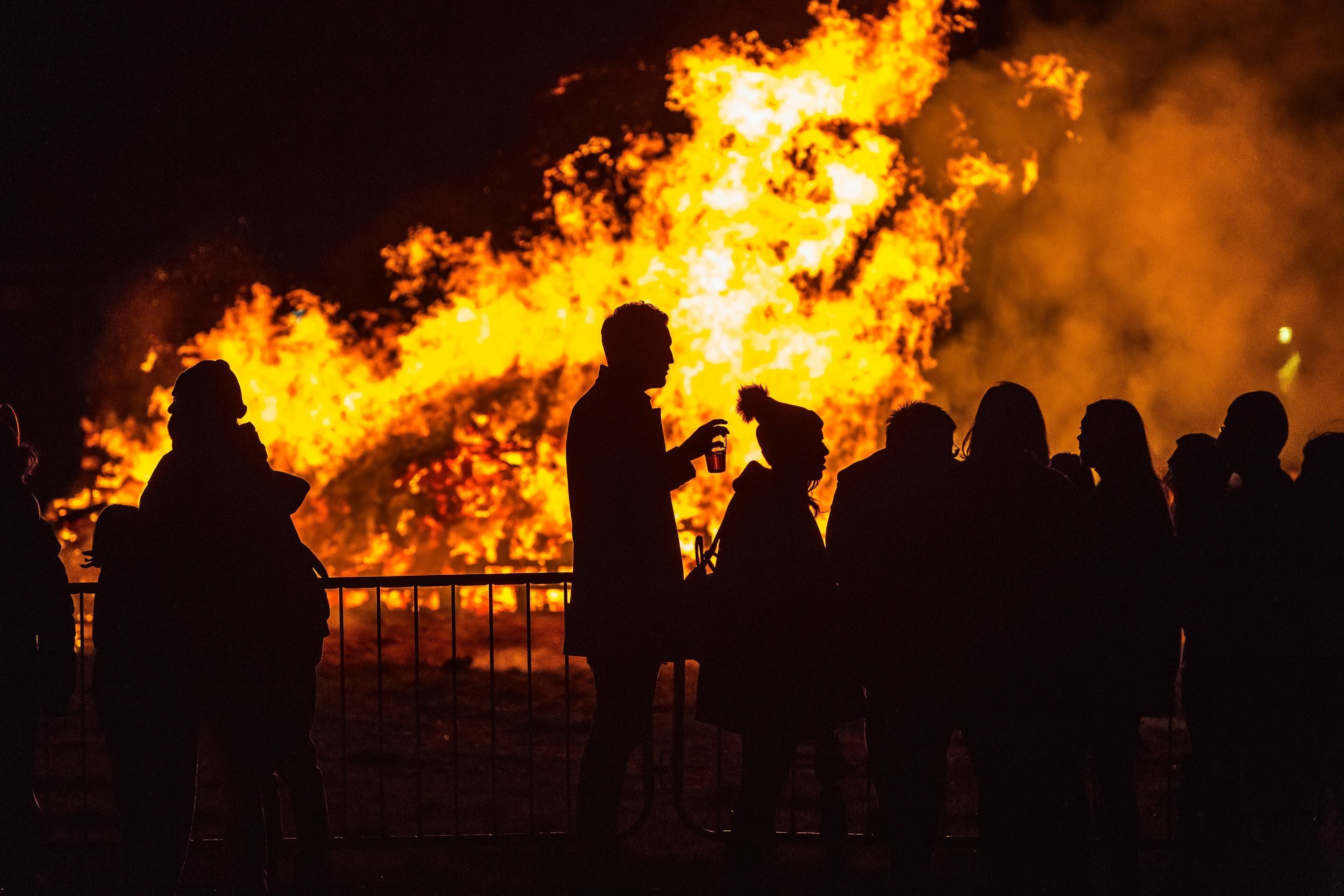 Remember, remember the fifth of November, gunpowder, treason, and plot. I see no reason why gunpowder and treason, should ever be forgot.

I think the one of the great British things about this time of the year is planning where to go to see some fireworks and go to a bonfire. Dressing up warm, getting your wellie boots on, and getting glow sticks and torches is something that I have fond memories of from growing up. Once I reached a certain age where fireworks didn’t scare me, that is! It is something that we have been doing with the children too, and a tradition that I hope keeps carrying on.

We tend to go to some local displays, and the children’s school also does a firework event. But there are some great events happening upon the big smoke – here are some of the best places to celebrate bonfire night and see a spectacular firework display in London, this November. What better place to celebrate than the city right where it happened?!

Alexandra Palace is back with another awe-inspiring display, with London’s biggest bonfire night, and it also has a lot of entertainment for all ages, this November 1st and 2nd. One of the unique things about the display is that it is set to a soundtrack curated by former Radio 1 DJ and Bestival founder, Rob da Bank.

There will be music, cabaret, bars, funfair, great bonfire, and even some surprises to be unveiled on the night. There will also be the chance to see a film at the Luna Cinema, located in the palace’s newly renovated Victorian theatre. The cinema will show family favourites such as Ghostbusters and Toy Story 4, as well as V for Vendetta and The Shining later in the evening. So there really is a lot going on, much more than just fireworks. Book tickets here: https://fireworks.london

If you want something a little further south, then you could join thousands of revellers at the park, which is illuminated with a huge bonfire and a pretty spectacular fireworks display. There are plenty of places to get some food and drink in the local restaurants, not to mention the stunning setting on the banks of the river Thames.

Light Up the Night at Wembley Park

You could watch the fireworks shine over Wembley Stadium’s iconic arch at the Light Up the Night display in Wembley Park, which is free. There is a pretty lantern parade to follow along, before taking your spot to see the fireworks display set to some music. There is entertainment and food stalls to complete the lineup.

You could witness a breathtaking display of pyrotechnics at the Wimbledon Park fireworks, where music and fireworks are a great mix to create a dramatic show. A fire and light show will replace the usual bonfire, as it is a climate-conscious event. There are also rides for a bit of fun, and a variety of food stalls for something warm to eat.

Guy Fawkes Festival and Fireworks at the Royal Gunpowder Mills

If you want to learn a little more about the history of Guy Fawkes and the Gunpowder Plot, then heading to a special show at the Royal Gunpowder Mills’ Guy Fawkes Festival and Fireworks event can be a really good idea. The former gunpowder factory, very fitting, of course, offers a line-up of activities and foodie treats, during the day, ready for the spectacular fireworks finale.

Have any of these taken your fancy? It would be great to hear what you have got planned for the Guy Fawkes weekend coming up soon.