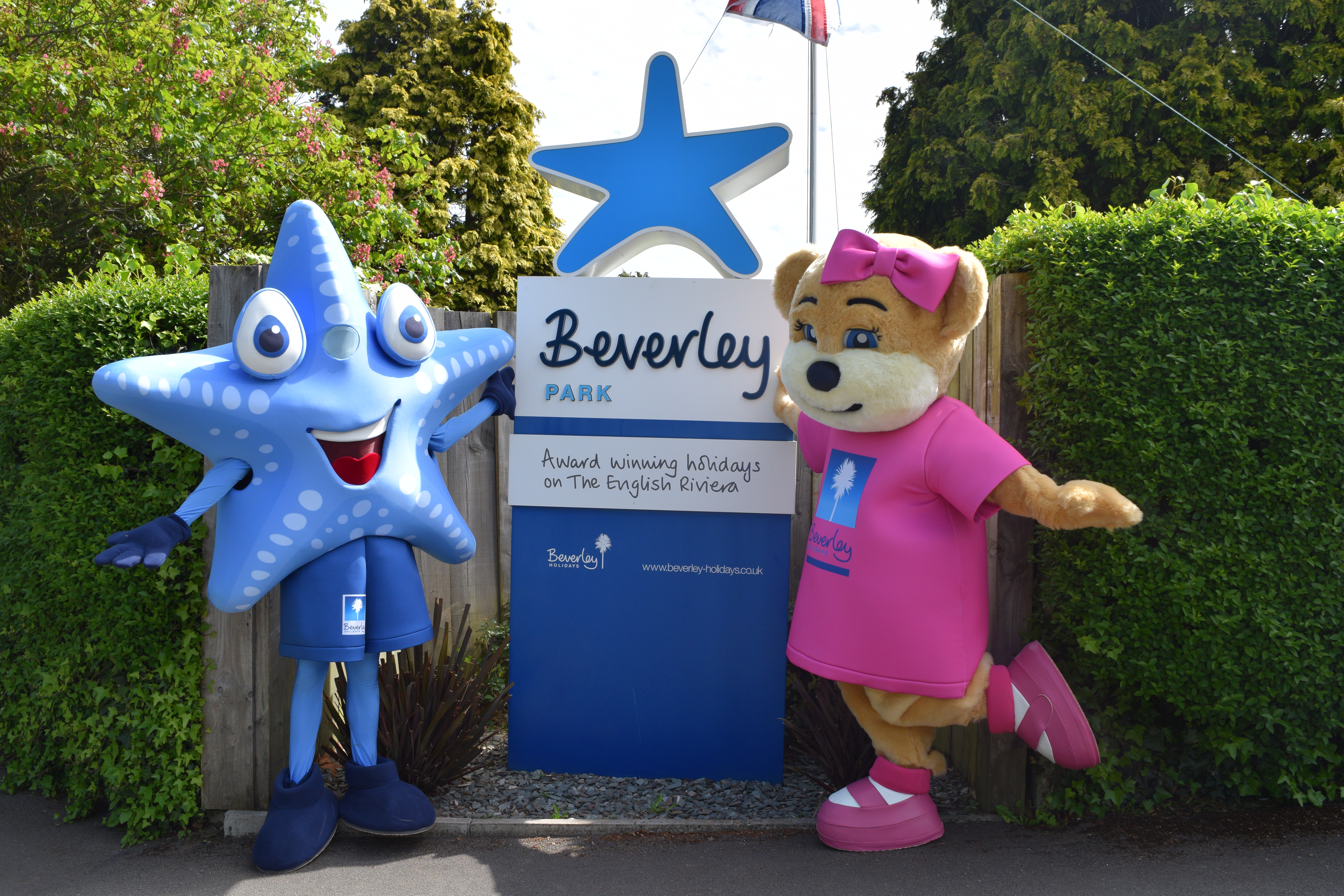 With the school holidays here, six weeks can feel like quite a daunting prospect, as that is quite a lot of time to fill. But thankfully, with the stunning weather we have been having of late, it makes it easier to get out and about and explore what the UK has to offer.

Growing up in the north, if we were heading to the beach, then it would be the beaches of North Yorkshire, like Filey or Scarborough, with an ice cream in hand (and a donkey ride if we were lucky). But now I’m down in the south, there are even more beaches to explore, all within driving distance from where we are. But one place I have not explored with the kids (or even since I was a baby myself), is Devon. The English Riviera in south Devon has always looked so beautiful in any photos I have seen, and let’s not forget all of the cute places where shows like Poldark have used as filming locations. So when the chance to go to Devon arose, I jumped at the chance. I honestly love Britain and being British, and I hope making memories like these will help my kids to feel that way too. 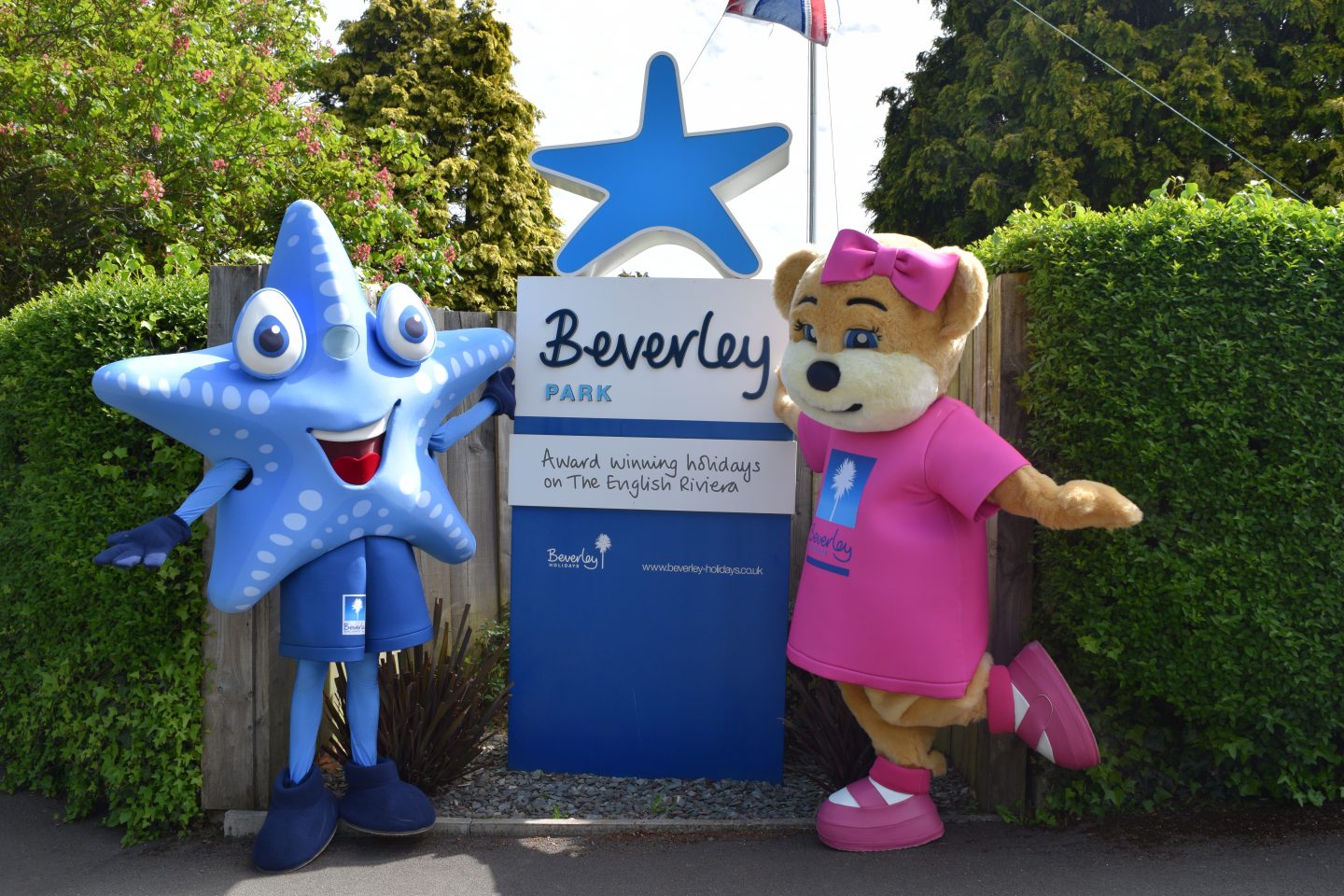 We were invited to stay at Beverley Holidays in Paignton, South Devon, where they describe their holiday parks as an unforgettable Devon holiday. I had not heard of Beverley Holidays before, but how they were set up and founded sounded really lovely. The park was created in 1959 (meaning they will soon be celebrating their 60th year), and it was just a few tents, caravans, and a shop. But my, how it has grown. There are now three parks (we stayed at the larger Beverley Park, the largest of the three), and there are plenty of options from camping in your own tent or bringing your own caravan, to their own holiday caravans and even some premium lodges.

It was really lovely and even lovelier to hear that it is still a family run business.

We were excited to get there, after a drive of around four hours in total (with a stop off near Bath on the way). The park was easy to find with the sat nav and the directions clear for where to park when you arrived, and then where to check in at reception. The check in process was quick and easy, and the staff were so friendly and helpful, with maps and telling us all about what there was to do. I had a few questions but they were more than happy to answer them. All good so far! 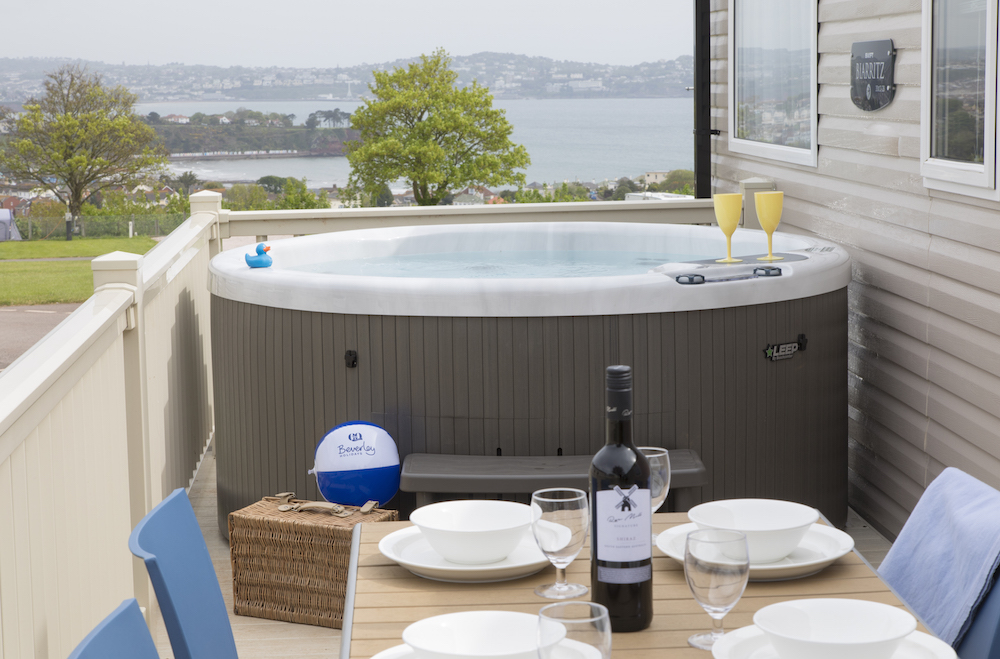 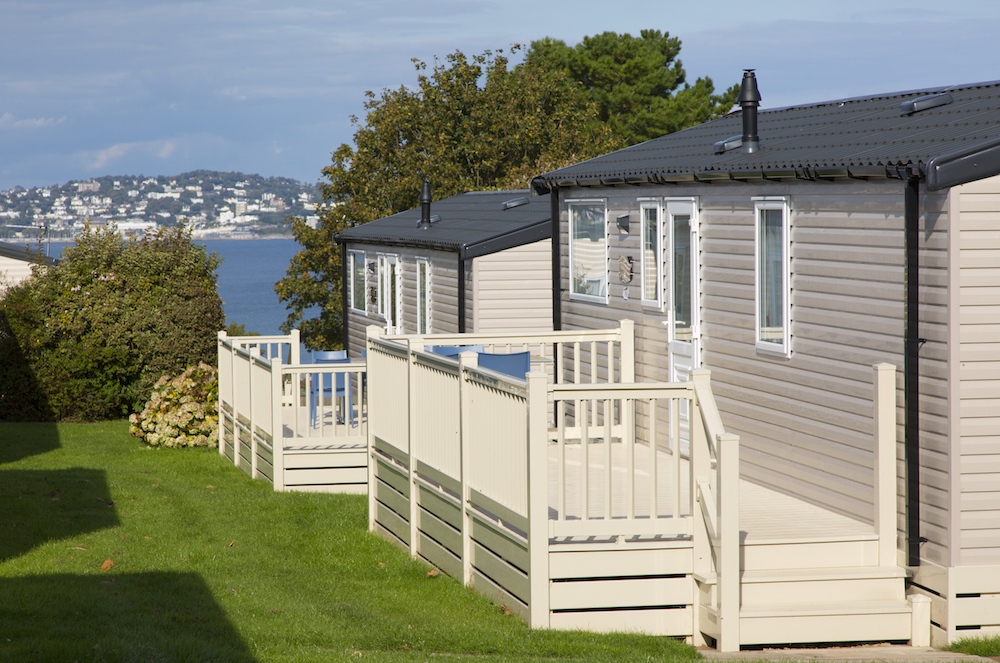 We were staying in a two bedroom premium caravan, premium as it came with a hot tub; something we were all really excited about. The ‘glaravan’ was easy to find, and there was parking close by to it, with some really stunning views of the bay; I could get used to this!

I’ll be honest that I have not stayed in a caravan for a number of years, so I was mega impressed when we stepped in and saw the standard that the caravan was at. TV, comfortable bedding, two bathrooms (one of which was an en suite), dressing room area, and all the mod cons in the kitchen, including fridge and separate freezer, microwave, grill, toaster, large oven and hob, making self catering really easy. So you can really treat it like a home away from home. 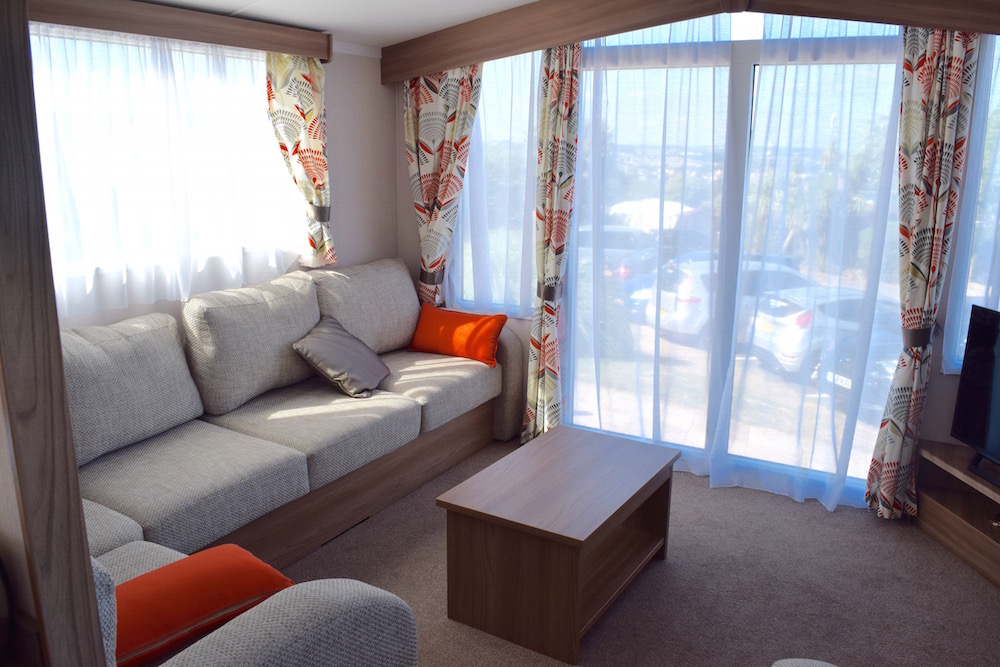 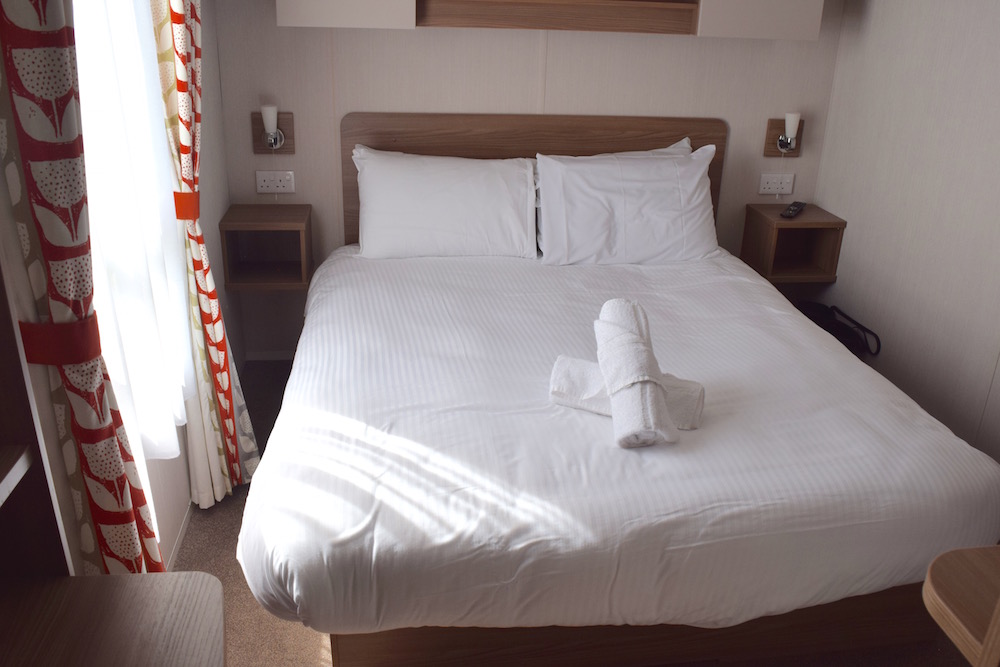 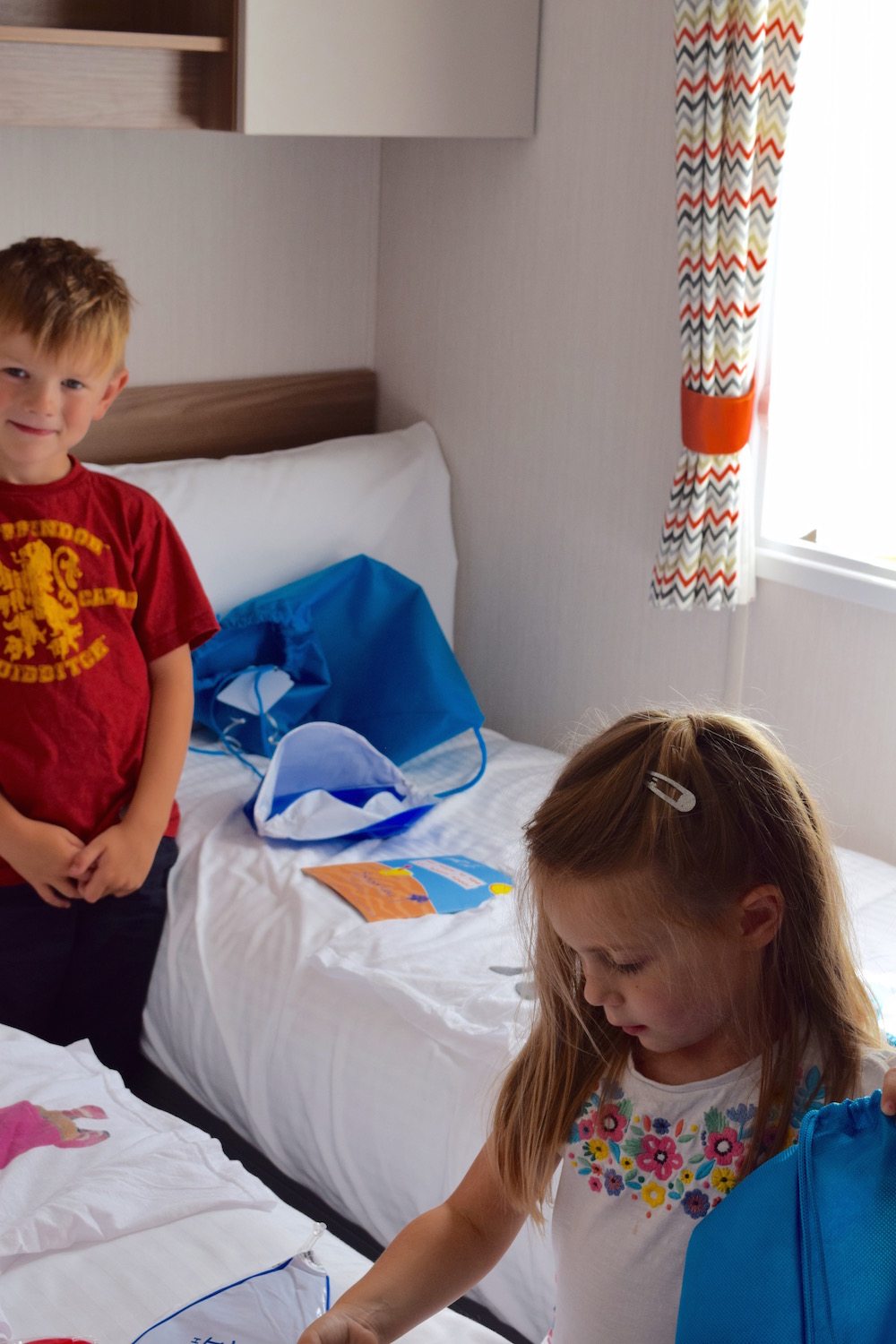 The only thing that I would have improved upon was the wifi. There is free wifi in some areas of the park, and in the premium lodges, but other than that you have to pay for it. That isn’t the end of the world for me, as I do love my wifi. The issue was that it just wasn’t very good. It was quite slow, so found it hard to get what I needed done on my laptop. If I was going again and it wasn’t included, I wouldn’t pay for it. That being said, I imagine most people, especially the campers, won’t be looking for superfast broadband on there holiday!

The living room area was spacious, with a table and chairs for dining. There was plenty of sofa space to relax out on too. Not to mention another table and chairs outdoors, and the hot tub. This definitely was ‘glaravanning’ at its finest. 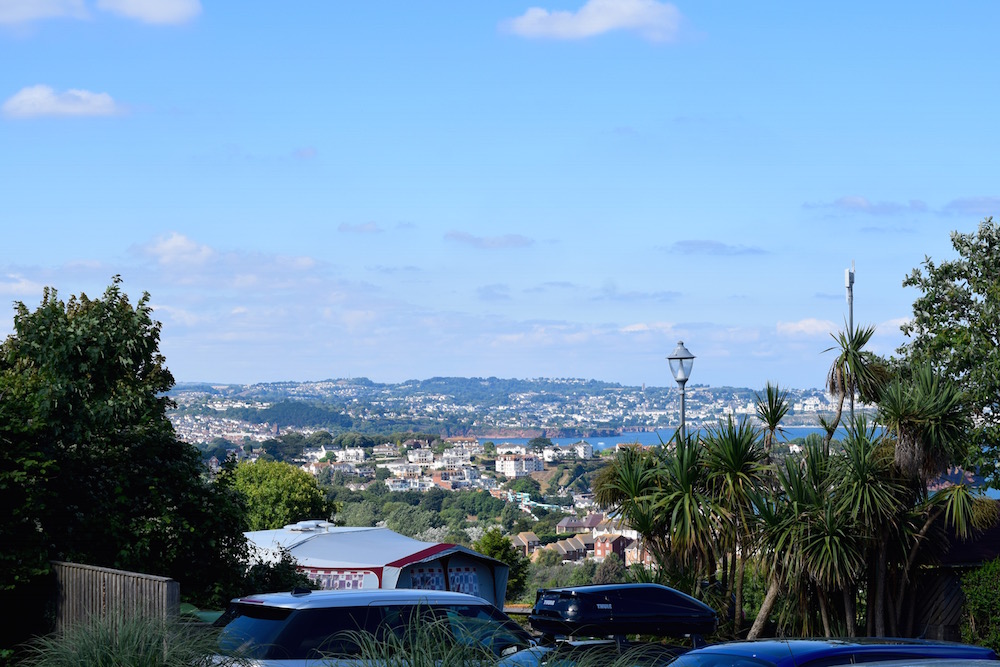 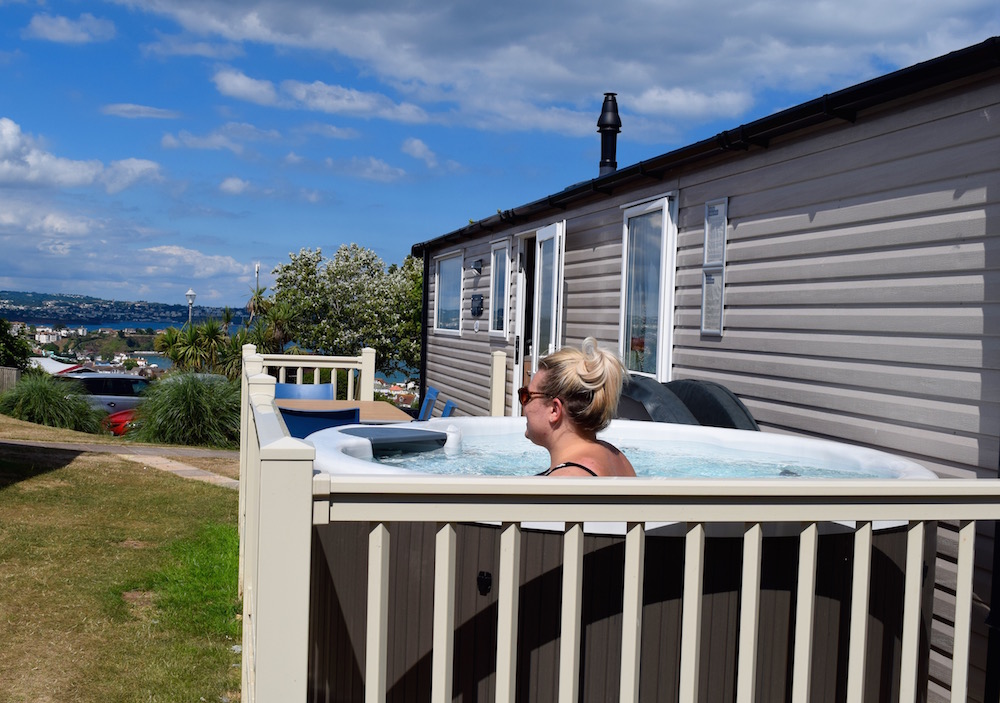 The site itself had plenty to offer too, and you could quite easily spend time with all that was on offer. There was one outdoor pool, one indoor pool, both heated, that you could use, as well as being able to use the pool at the Beverley Bay park across the road if you wanted to. We didn’t venture over there, but we were told that it did tend to be quieter over at that pool. All pools have lifeguards too, which is great peace of mind when travelling with little ones. 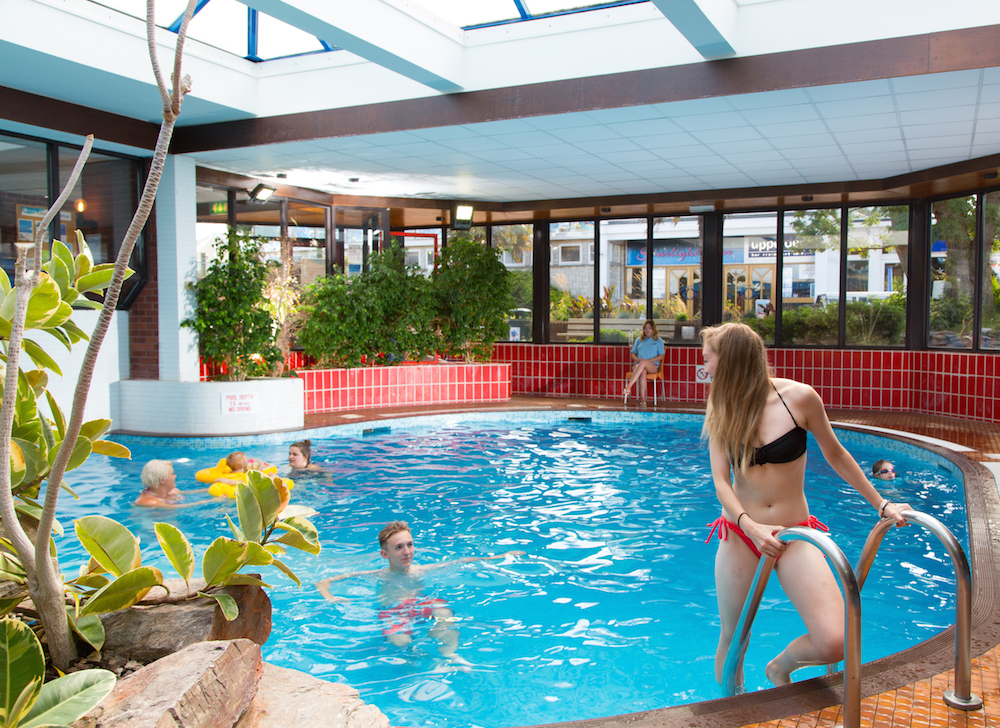 There was a quite large play area that my two loved playing in, and started our mornings off each day in the play park. Mini-golf, a shop, and bar and restaurant area meant that there was plenty to do. Not to mention an amusement arcade and a programme of activities that you could join in with (some free and some paid). 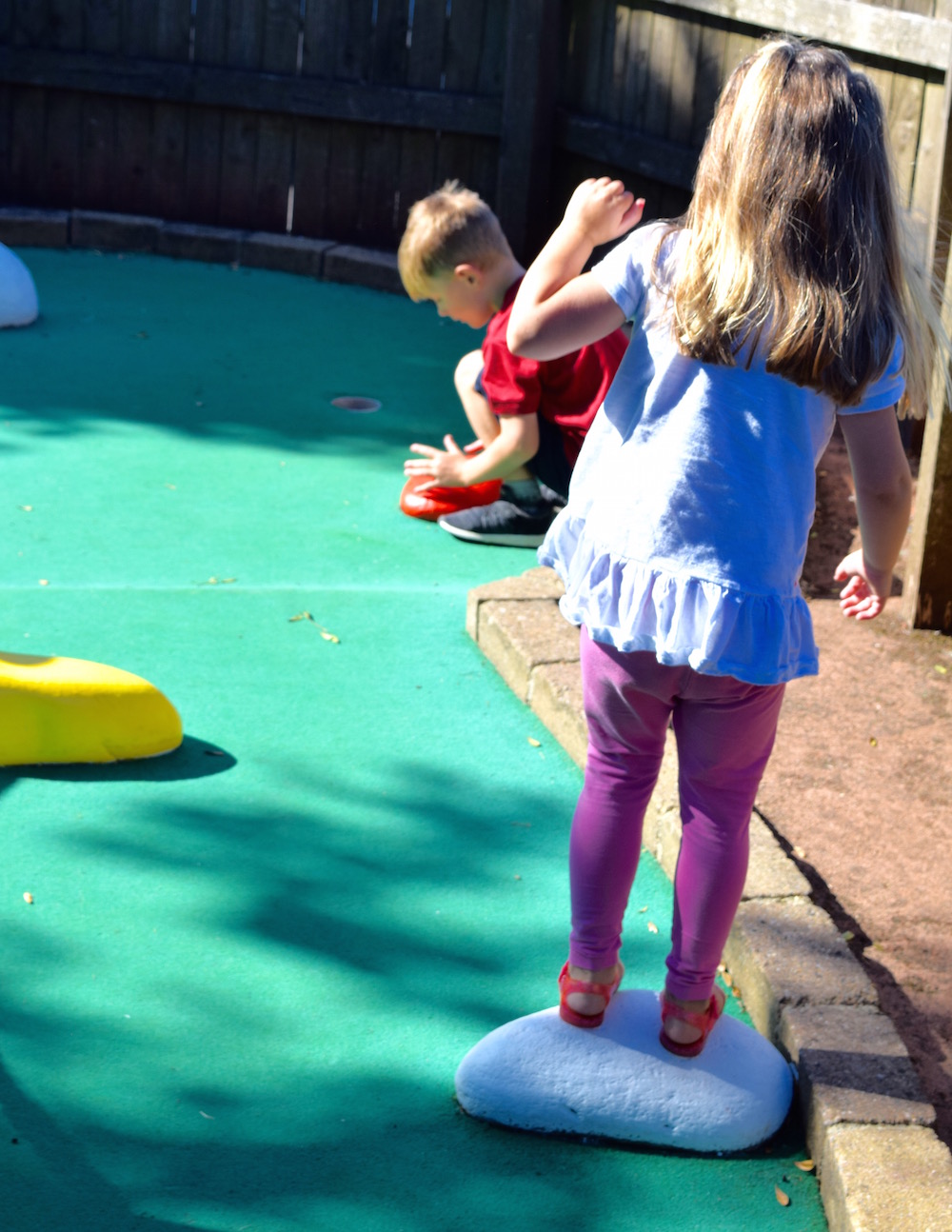 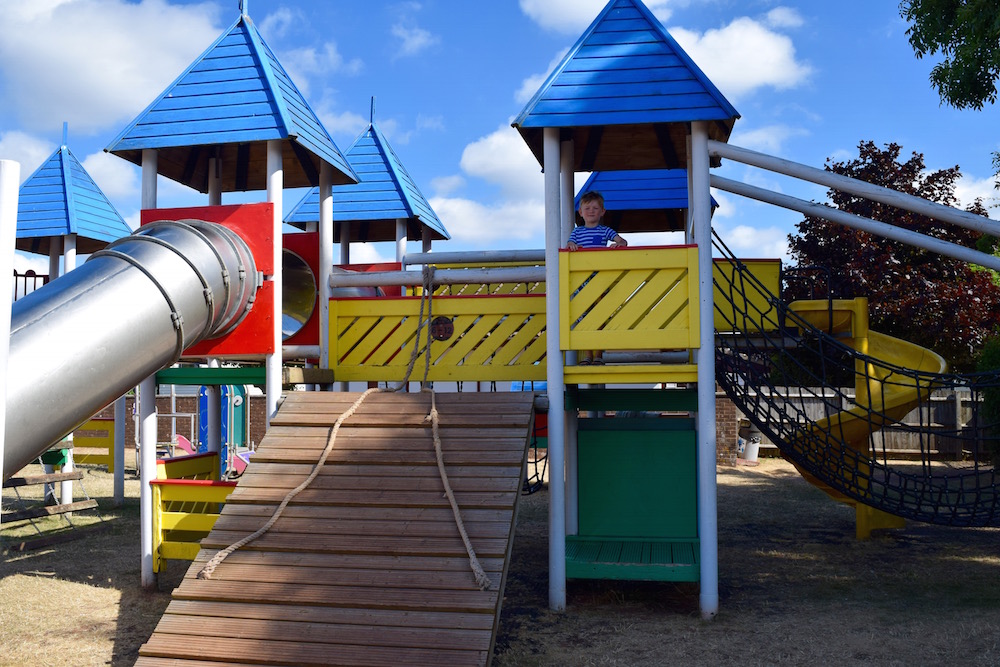 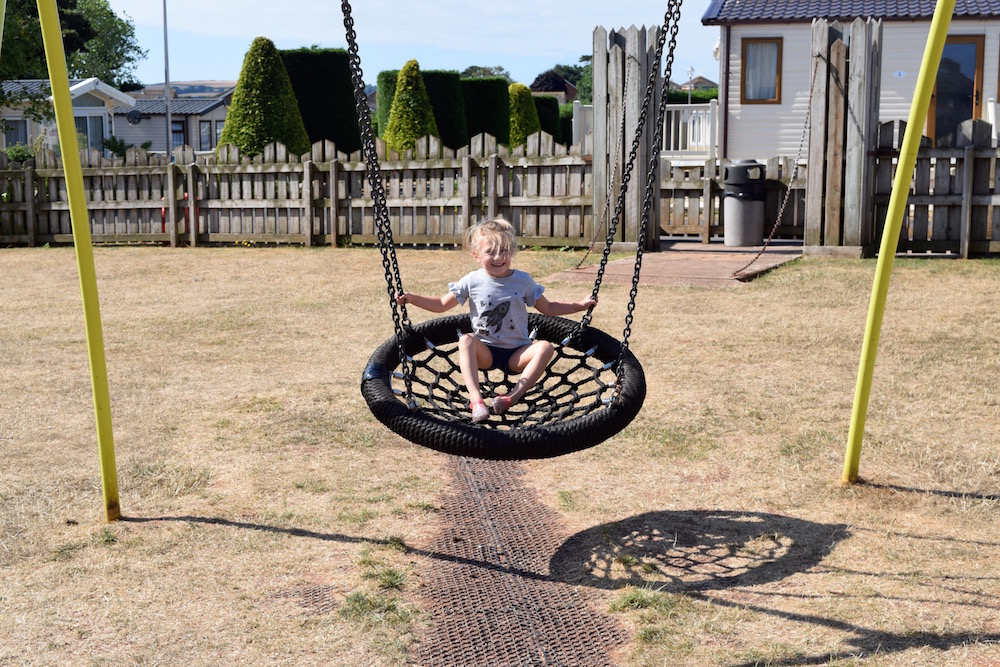 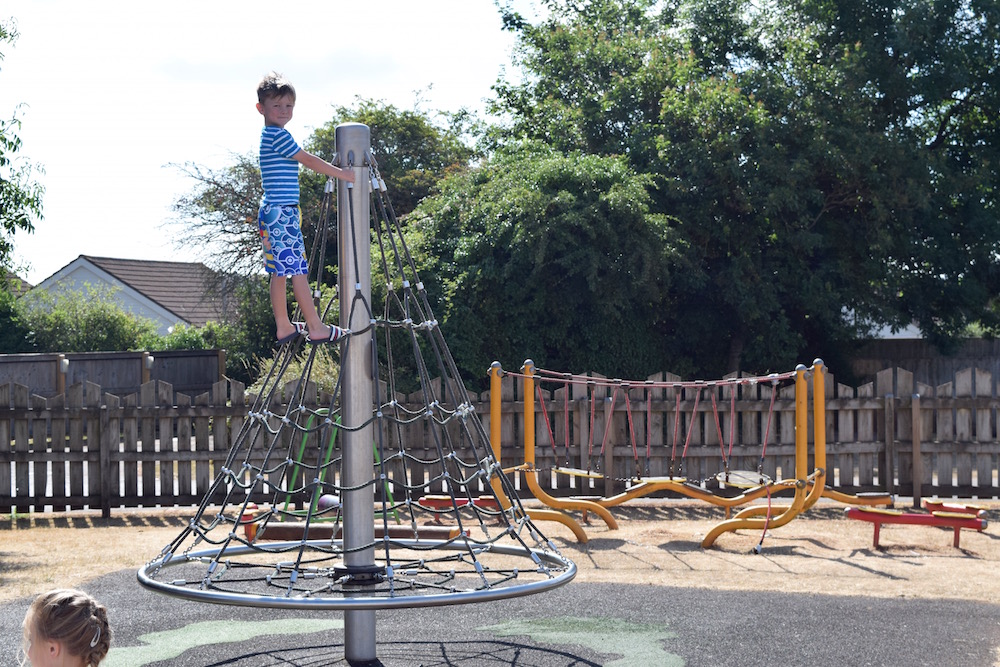 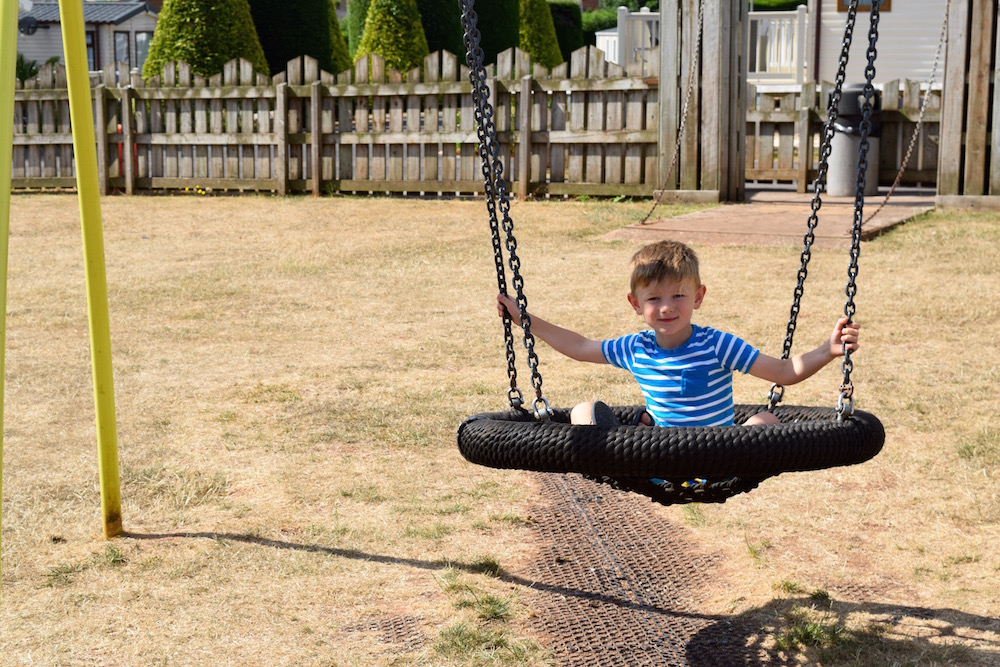 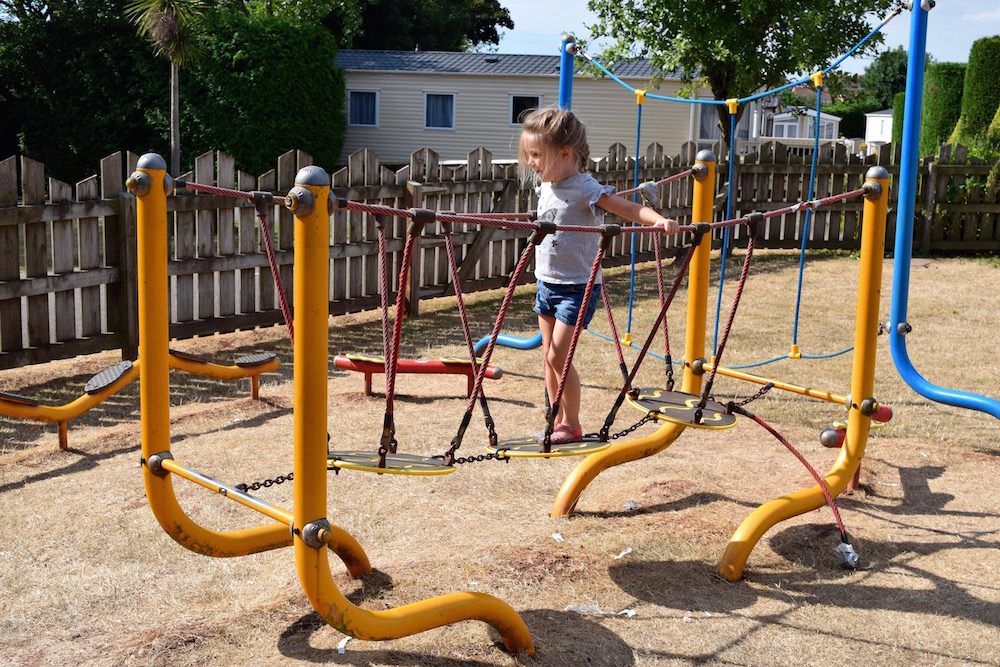 The Beverley Holidays parks are in a great location, though. So if you do want to venture off a little and explore South Devon, you can do so really easily. It was a short drive to Broadsands beach which is really stunning, and we spent some time in Brixham and Torquay too. The whole area is just so pretty, and there is plenty on offer for all of the family.

Beverley Holidays has been voted one of the best holiday parks in Devon, and I can totally see why.

There is plenty to do at the park, the accommodation and resort itself is clean and well equipped, and the location really is a selling point for me. So much to do in the local area, and it is just so beautiful. If you’re looking for something to do over the summer break, or anytime at that matter, then I think Beverley Holidays can be a great spot to pitch up and explore.

Have you even been to Devon? I’ll be sharing a little more of the things we did in Devon, other than at Beverley Park, in the coming weeks. It would be great to hear what you think.

*our stay was gifted in exchange for this review post. All words and opinions are my own.