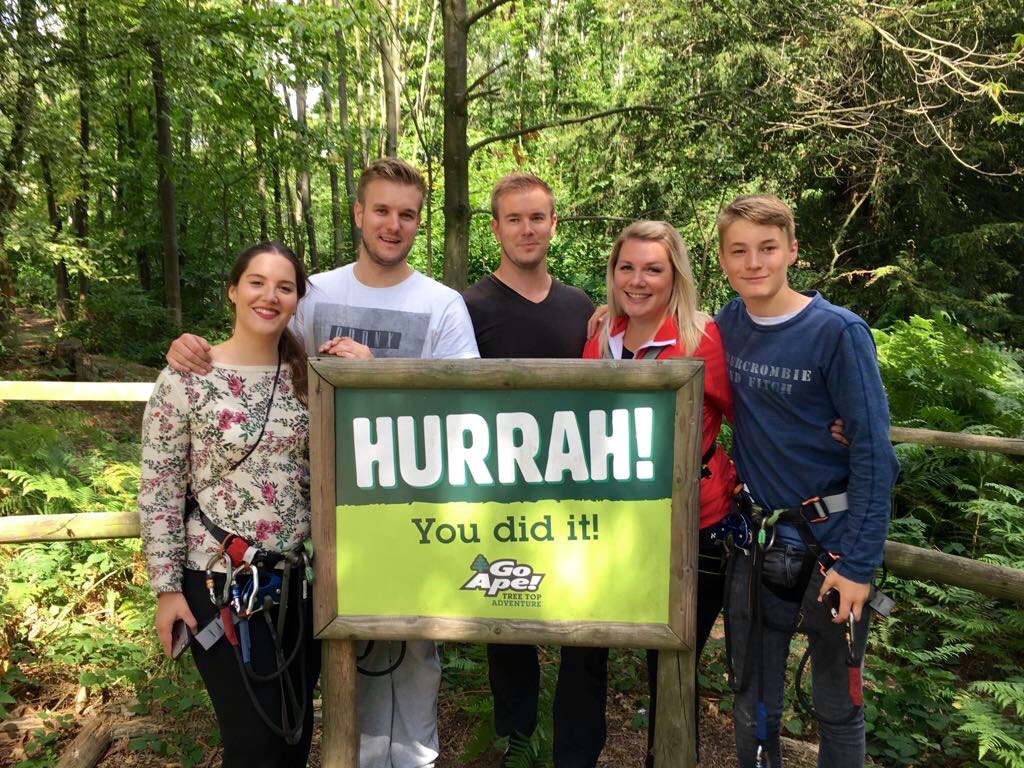 This past weekend was the husband’s birthday! He likes to keep things pretty subtle for his birthday, (giving no hints for gift ideas for one). But I thought it would be pretty fun to do something a little different to mark the occasion. I love celebrating birthdays and think they should be a pretty big deal. Something that the husband is still learning haha.

We had recently been up in the Lake District and saw GoApe in Grizedale forest. He commented how fun it looks, as we haven’t done it for years, so it gave me the idea for his birthday. So with two of his brothers, our sister-in-law, and his dad, we headed off to Bedgebury Forest in Kent, as we were there visiting his family, and to the GoApe site there.

First of all, I’ve got to comment on the stunning location. Obviously, the locations of the GoApe sites throughout the country are set in woodlands and forest. But Bedgebury is particularly lovely. After parking up there is a little walk up to the GoApe site but it is all marked out. Then after getting registered and signing a form, we were given a safety briefing about how to use our harness and equipment. Like I have said, I have done GoApe before, but not for a long time. So it was a good that you all get a little refresher tutorial beforehand so you feel confident with what you will be doing. 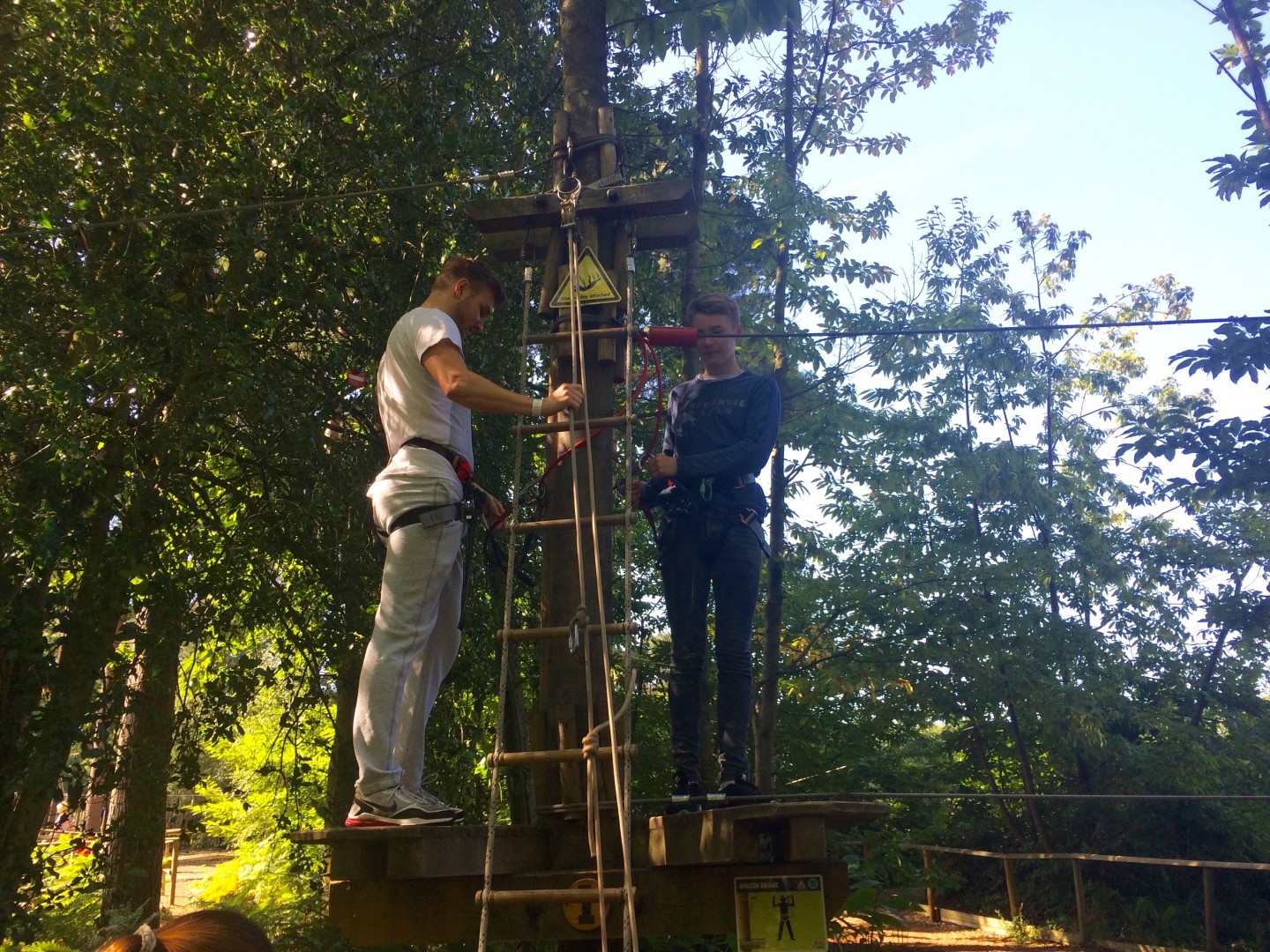 After the briefing, you go with the instructor to the first site, and you get a little more instruction and then the instructor watches as you all go through the first step. Then, you’re on your own! The instructors do patrol through the route so if you ever need help, they’re there (and you get given a whistle too). All of the staff that we saw were really friendly and helpful, so couldn’t praise them enough for that. 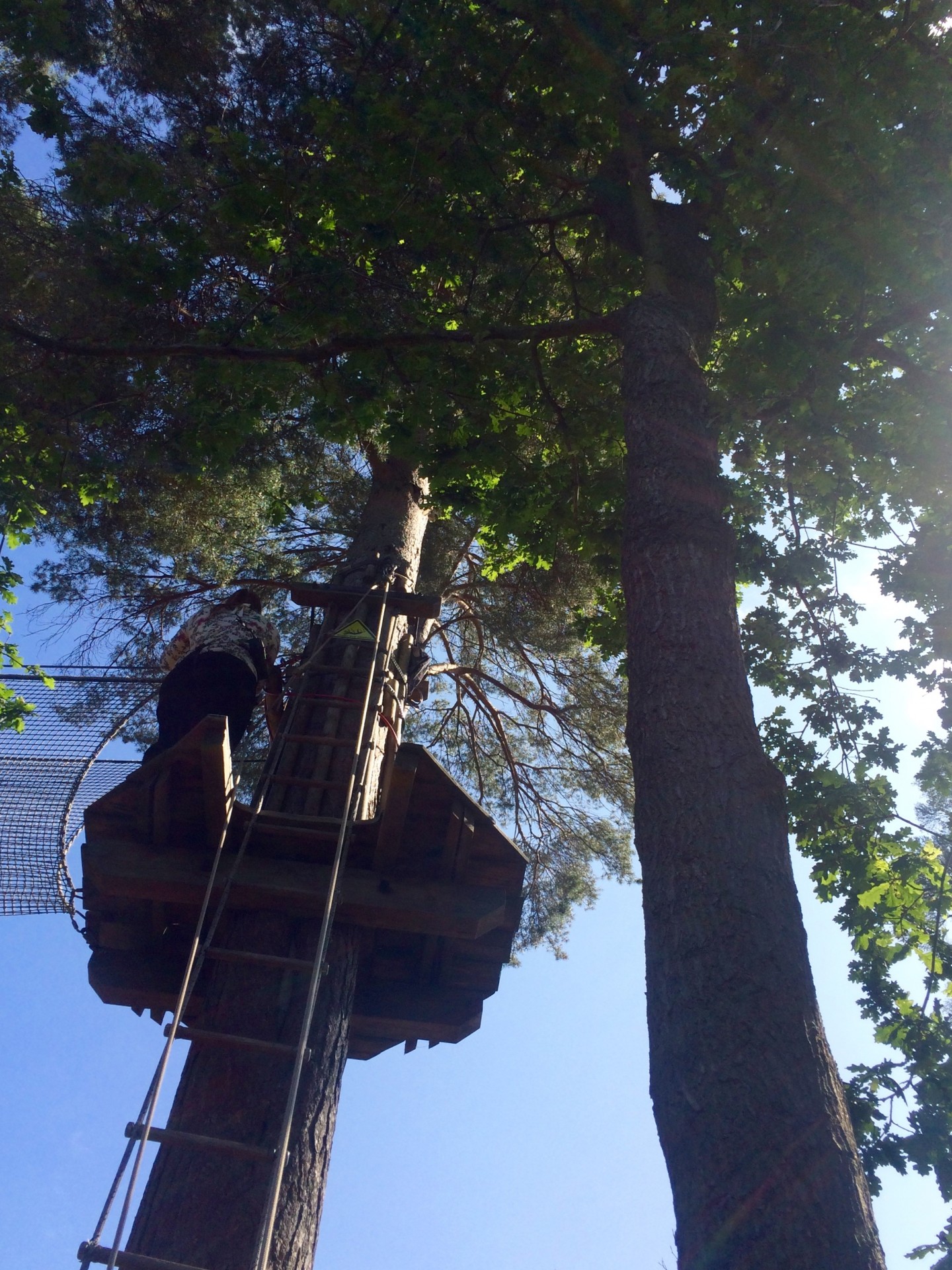 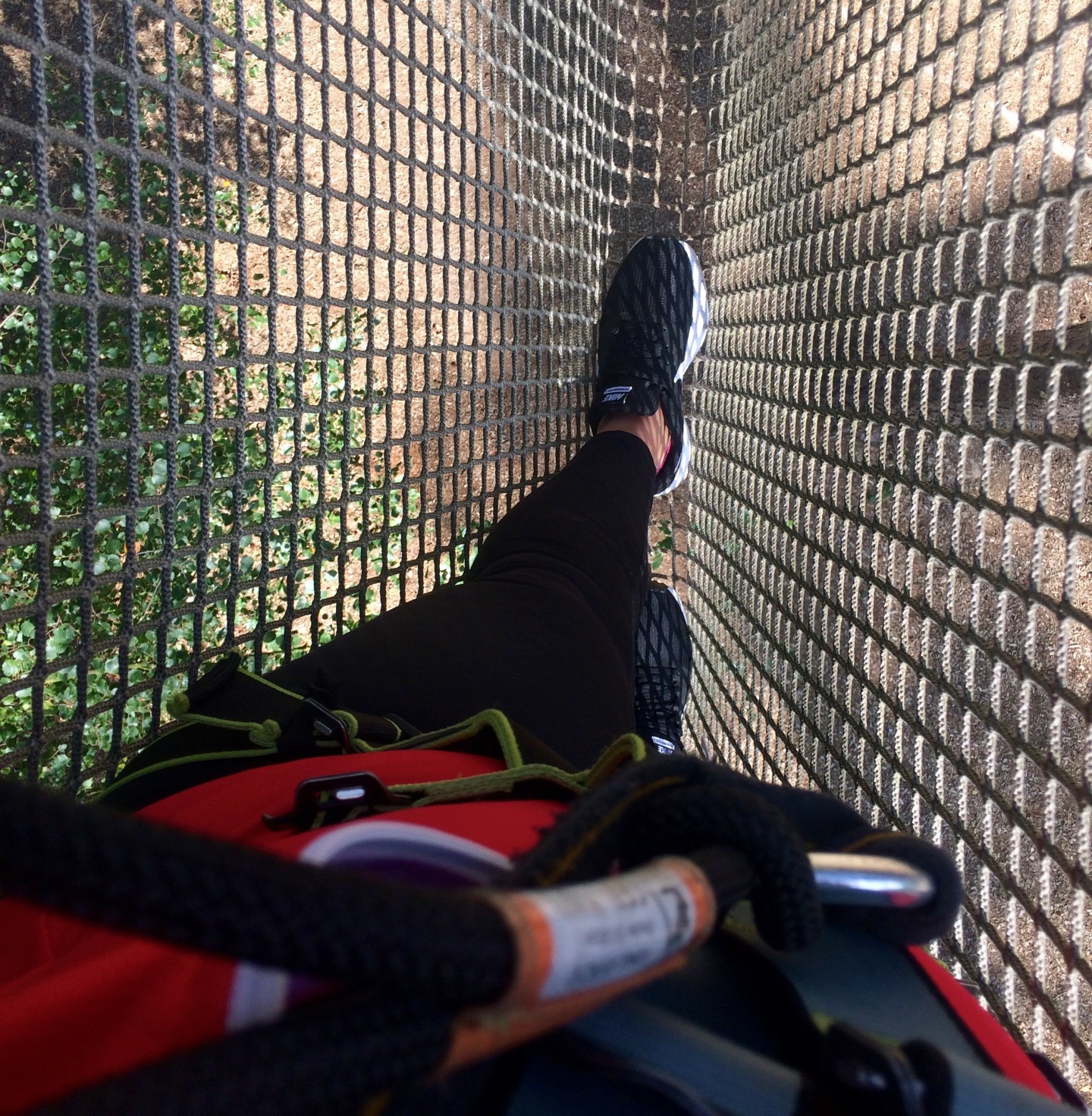 As a group, we liked that there are different stations as you go along, with a variety of things to do. Towards the end of the route, there are some options of where you go, so you can choose which way you want to take, depending on the difficulty that you want to experience. That was definitely a good thing as our group was of mixed ability, as I’m sure many are. I would also add that the equipment was all in good shape and well looked after. I never felt unsafe at any point. The instruction we got was very good, the staff were great, and wherever I looked there were staff patrolling around the course. So if anything did happen, you were never far from someone that could come to help.

However, the group loved that it was something that challenges you and puts you out of your comfort zone a little bit. It is unlike anything else that you might do on a weekend, so it is something fun and really different. It was more of a social activity than I thought it would be as well. We were all cheering each other on, helping each other, and chatting along the way. So that was a plus and definitely something that I would add as a plus. I think that it would work well for parties and things like stag or hen dos too. 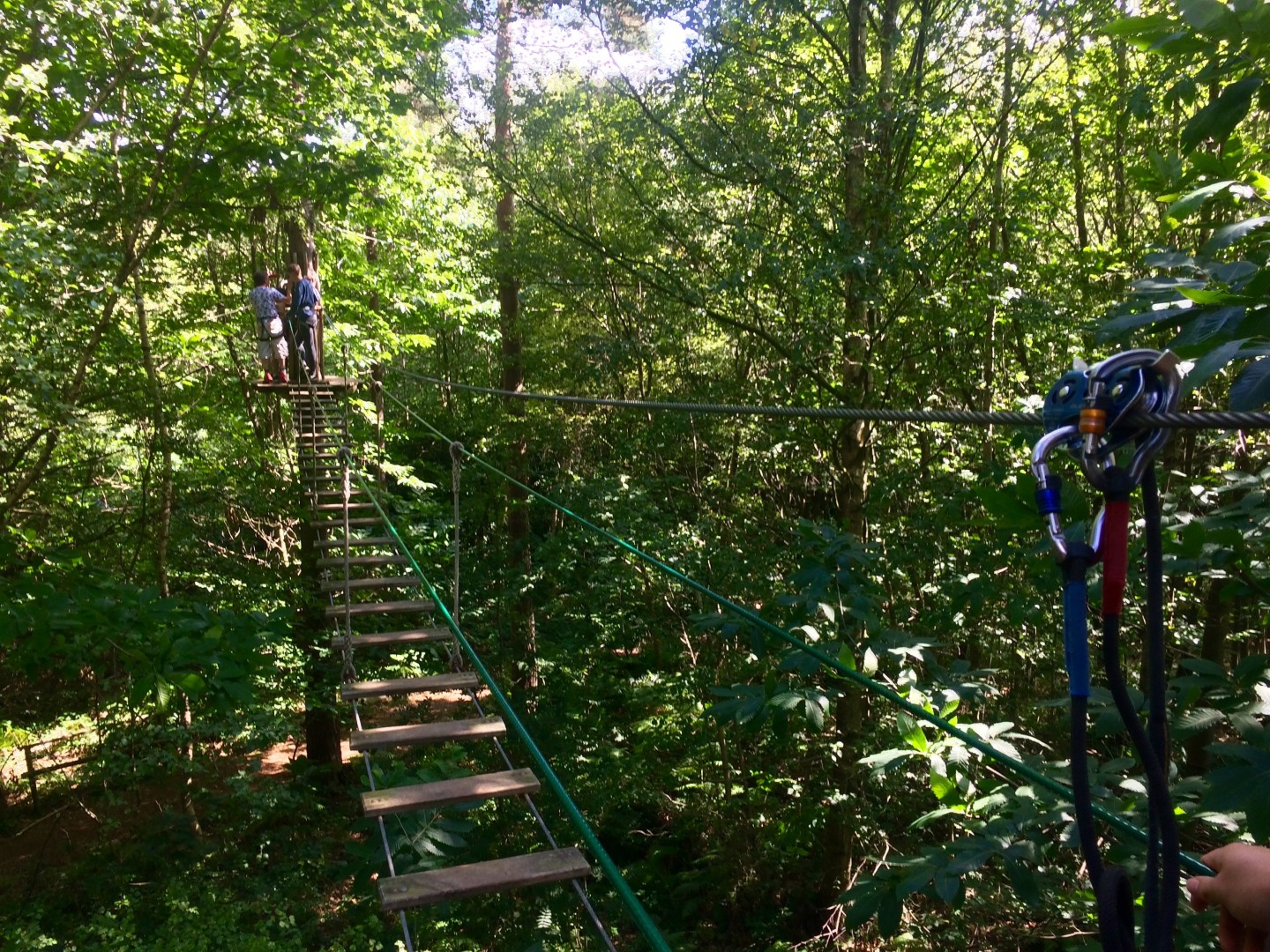 One member of our group was a little bit nervous about doing certain parts of the course, and at one point, wanted to stop doing it. They did carry on in the end, but there would have been nowhere to get down, until you get to the end of the section via the zipline. I’m not sure how it would work, as you don’t want members of the public randomly joining the course, but if there was a way to have an ‘escape route’ halfway through, rather than having to go back on yourself, then that was a point that was brought up. To be honest, though, there was very little that we thought could be improved upon – we had a great time. 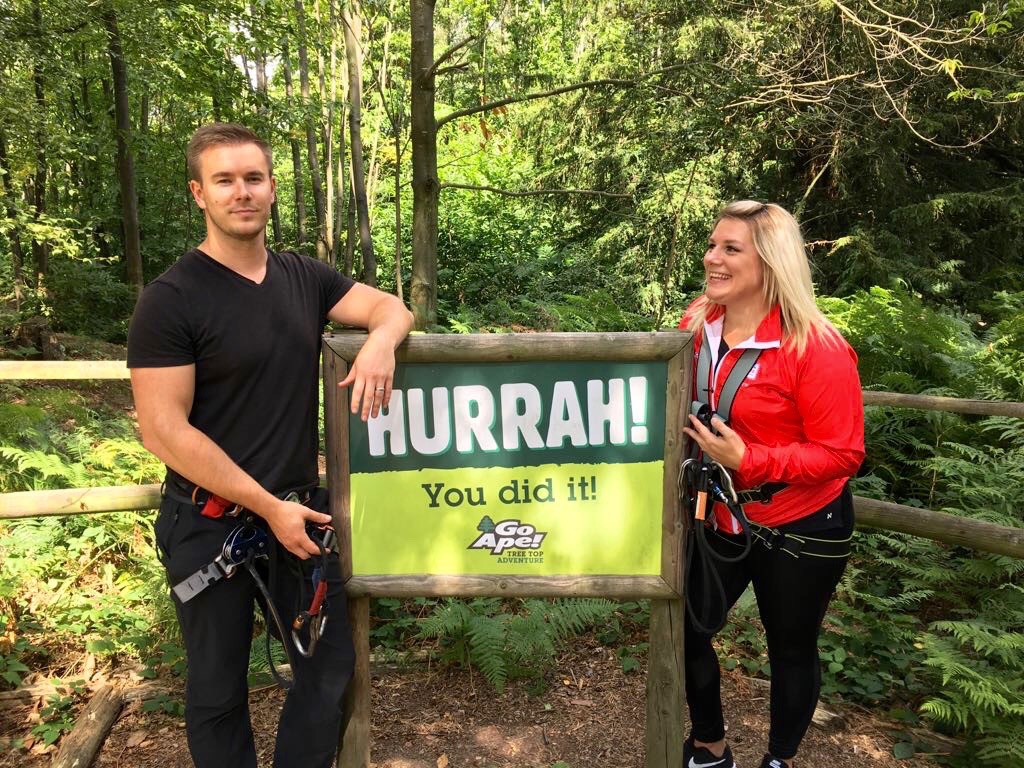 Is It Value For Money?

There are different experiences and different costs for different ages, but overall, we did think that it is value for money. The whole experience lasted for just over three hours (I think weekdays might be quicker), but it was a fun and good for what you got. If it had only lasted for an hour or so I think it would have been a bit of a rip off. But for a few hours, it is worth it.

I would definitely go to GoApe again, so I’m sure that speaks to my overall view of it. I love this kind of thing anyway, but it was fun pushing yourself a little and trying to go down the zip wire facing forward! If the cost was cheaper, I think I would do it more regularly (such a good workout, I was a little sore the next day)! But as it is, I think it would be saved for special occasions like birthdays so you can have fun as a group.

Have you ever been to GoApe?

*thanks to GoApe for our tickets. All words and opinions are my own.