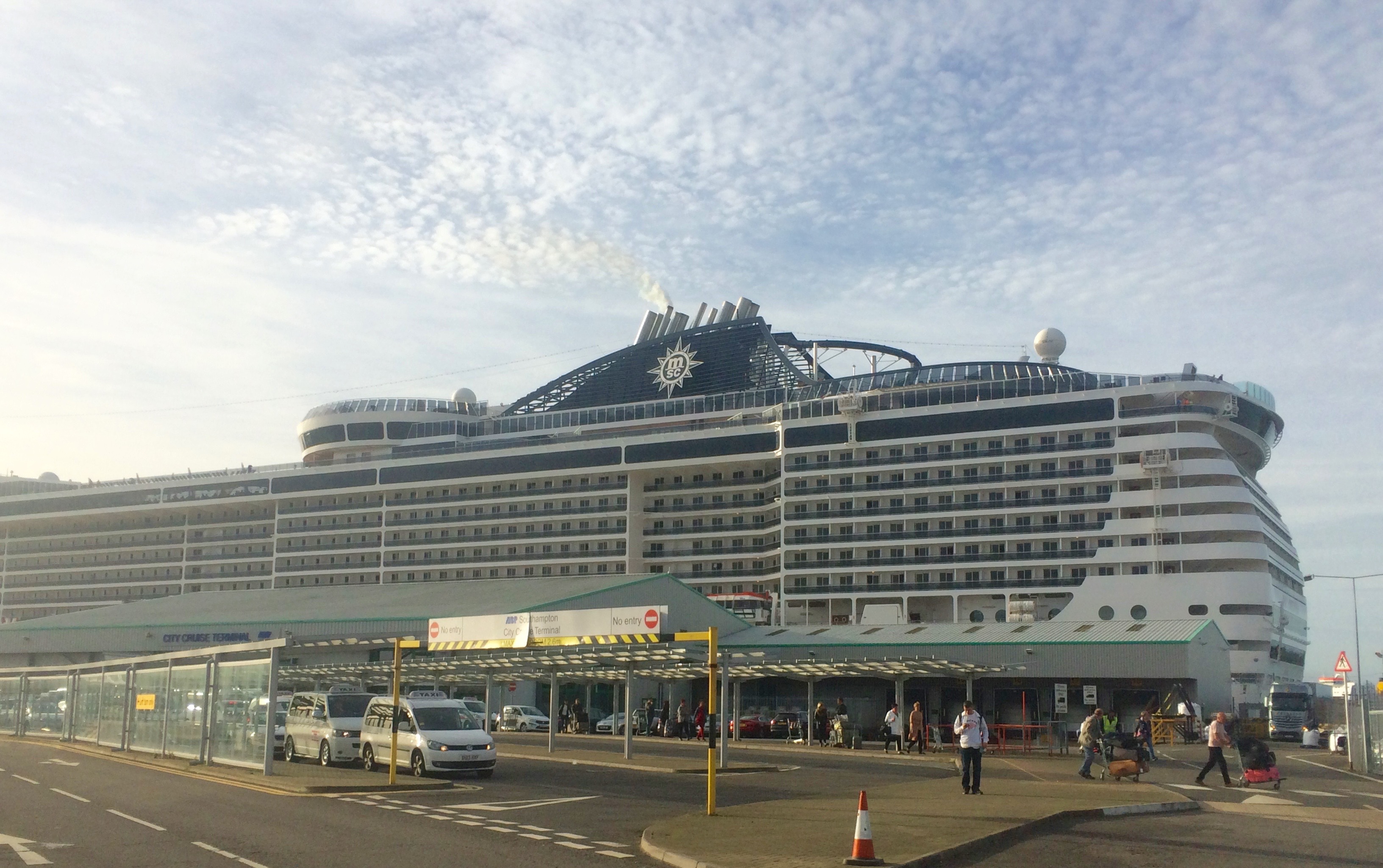 If you’d told me a few years ago (when I was working in corporate wellbeing and enduring a very monotonous work routine), that I would be attending conferences on board a cruise ship for my new career, then I would have spit out my PG Tips. (Not actually, I don’t drink the stuff. But I worked for Unilever, so, ya know. It was everywhere). Last week I had the fun and unique experience of doing just that; attending a blogging conference on board a cruise shop. The MSC Preziosa cruise ship to be precise.

I feel like this blog post’s title may be a little misleading.

As I don’t feel there was anything that I would class as ‘bad’ about the day. More just that to navigate 150 snap happy bloggers around a cruise ship took longer than anticipated. So some things felt a little bit rushed as we were a little behind schedule on things. But other than that, and the fact that it was super hot on board the cruise ship, I couldn’t complain. Sally and team at Tots100 had arranged a fun and interesting day. 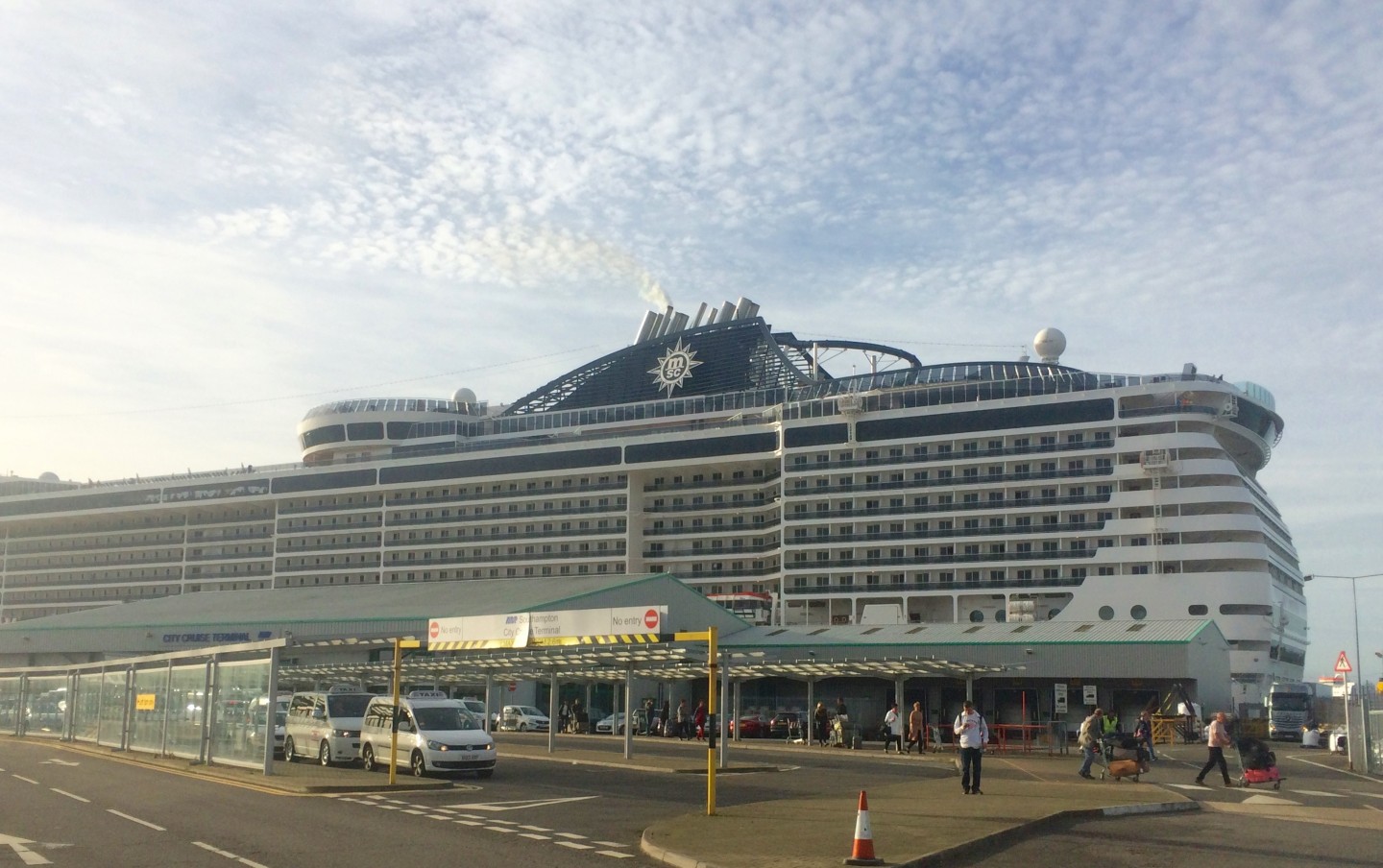 After an early start, I headed down on the train which was conveniently located only a short walk from the docking pier. The ship was easy to find (obvs) and then we waited for boarding to start.

After security checking in, I felt like Jack from Titanic.

Remember when he gets invited to dinner with Rose’s family and he walks down the stairs in amazement of the first class area (minus the impending doom part). Except I was walking up stairs, full of Swarovski crystals I might add, but still had the same amazement and awe; this place was legit! Sparkles and bling and every corner, it really is something unlike any hotel I have been in before. I was very impressed. 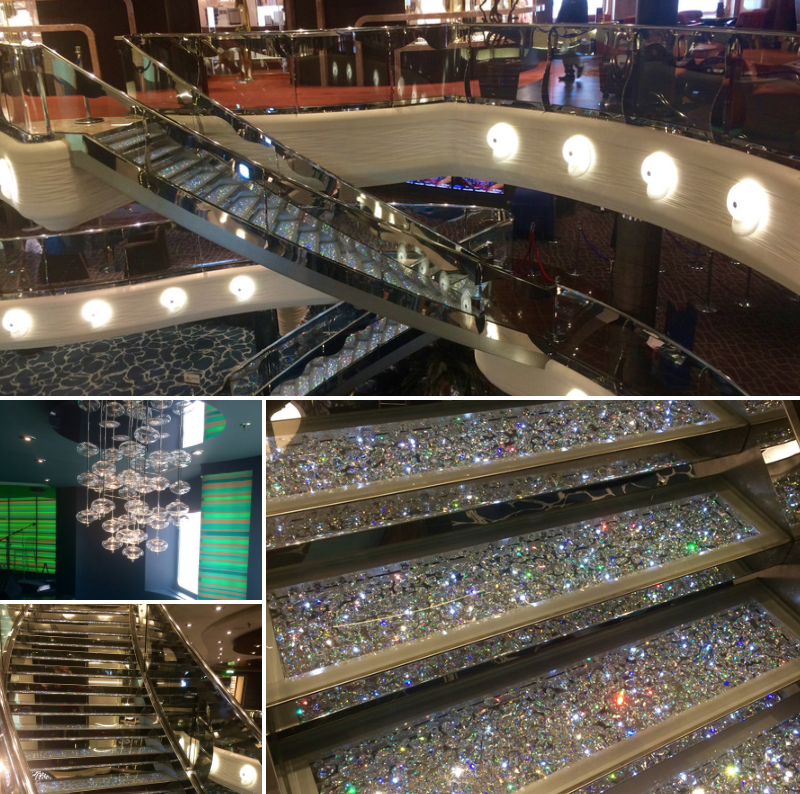 I was just taken aback at just how huge a cruise ship is. We were taken to a large auditorium that was bigger than a lot of West End theatres, for an introduction. Like seriously, this place is huge. The attention to detail in every room we were in was amazing. It seems like you would definitely get what you pay for with an MSC cruise. We had a tour of the ship, including things like the swimming pools, the spa, and hearing about all of the treatments that are available. Not to mention restaurants, bars, and even a casino and a bowling alley. Yes. Seriously. 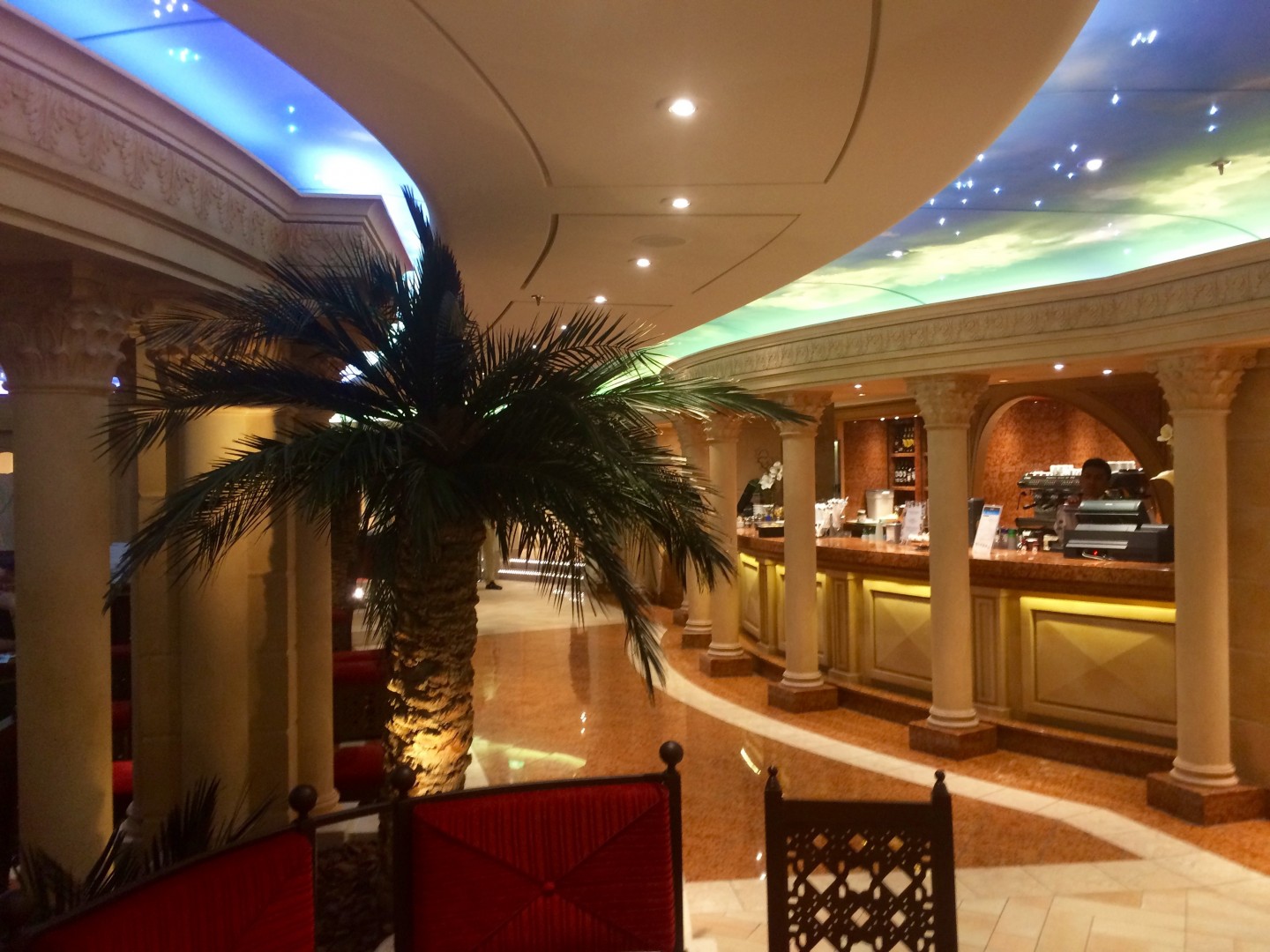 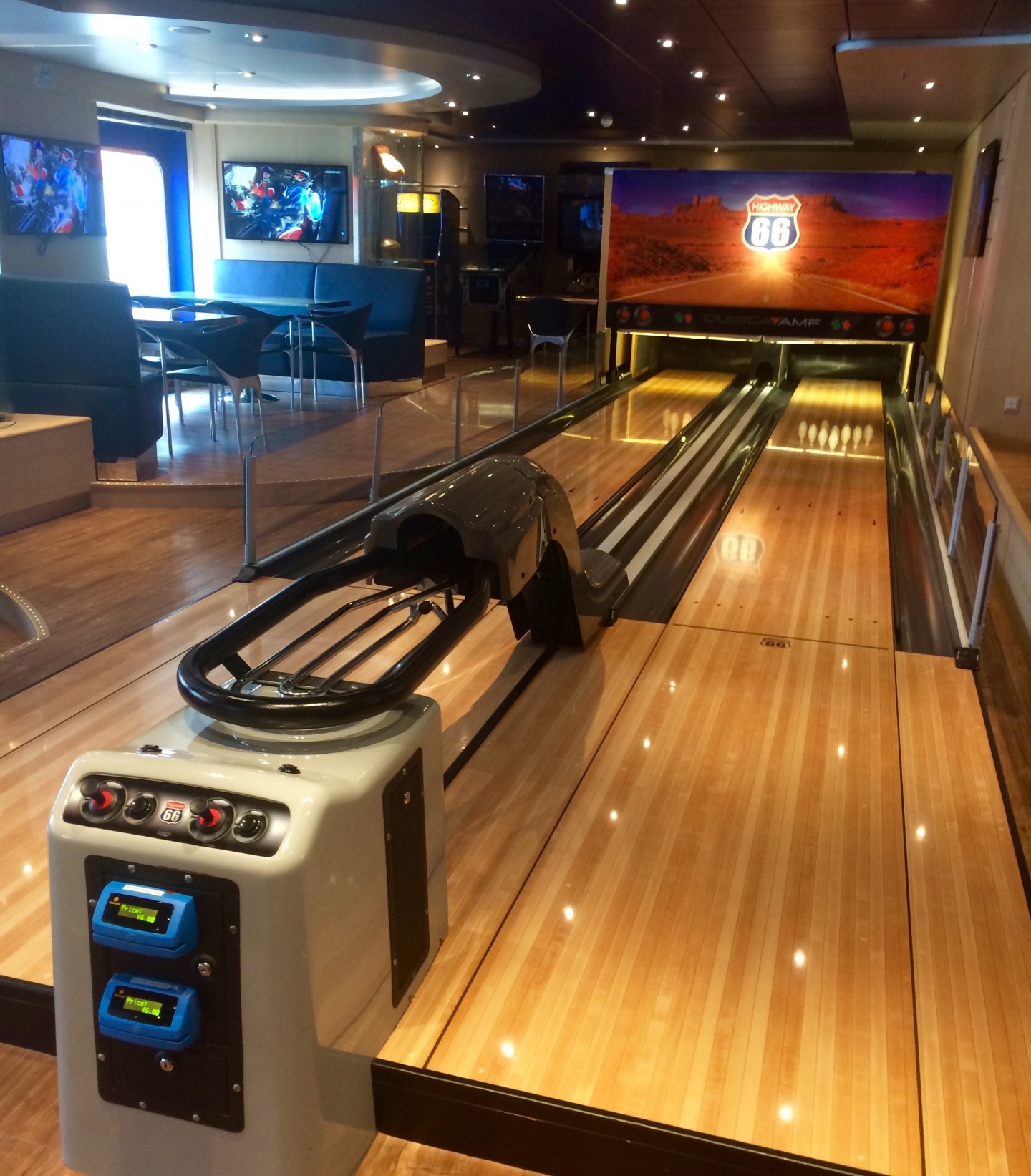 I have thought about going on a cruise as a family holiday before, but just through it would be a bit boring. Just sat waiting for the new destination. But from actually seeing what is available on a cruise, it has really opened my eyes. There is so much on offer! It would be tricky to fit it all in. I was especially pleased with the offering for children too. Though I do like to do things with the kids when on holiday, it is nice to know that if we wanted to go to the spa, for example, there are plenty of things for the children to do in the kids club.

MSC have a partnership with LEGO which is always a good thing with my kids, so there is a LEGO room for them to play in. They also support Unicef and children can become a junior ambassador for Unicef, so there is some meaningful play for them too. It seems like no expense is spared either. They have a 3D printer to create and make with, as well as organised trips to the slides and swimming pools. So if you do want to have a small break from the little darlings, then it is all taken care of. 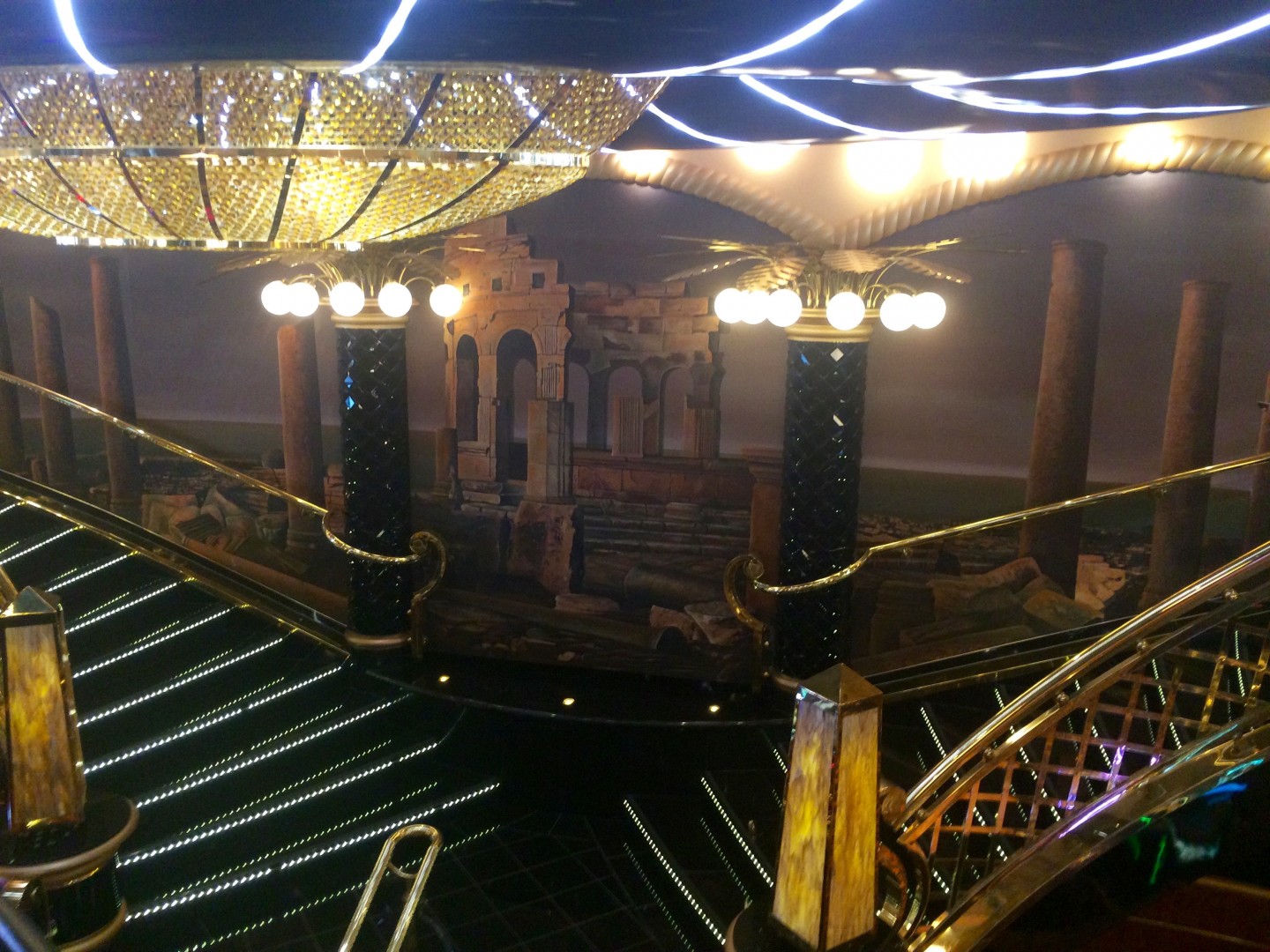 But back to Blog Camp, we then had a couple of workshops to choose from, including food photography and a metrics session with Sally. It was fun and interactive and I learnt a lot about how the whole Tots and Hibs (etc) work, which was really useful. There were only a handful of bloggers at Blog Camp that I had met before, so it was really good to see them again. But one of the best things about these kinds of days is to meet new faces or get to meet people that I have been following for a while. In a non-creepy way, of course.

Did you go to Blog camp? Would love to hear what you thought of it. It was my first Blog Camp but I’m looking forward to going again next year. Have you ever been on a cruise before too? Going on the cruise ship for the day really opened my eyes and has certainly made me want to take a cruise sooner rather than later! The MSC Cruise ships leave the UK from Southampton, including those on the Preziosa and MSC Magnifica.