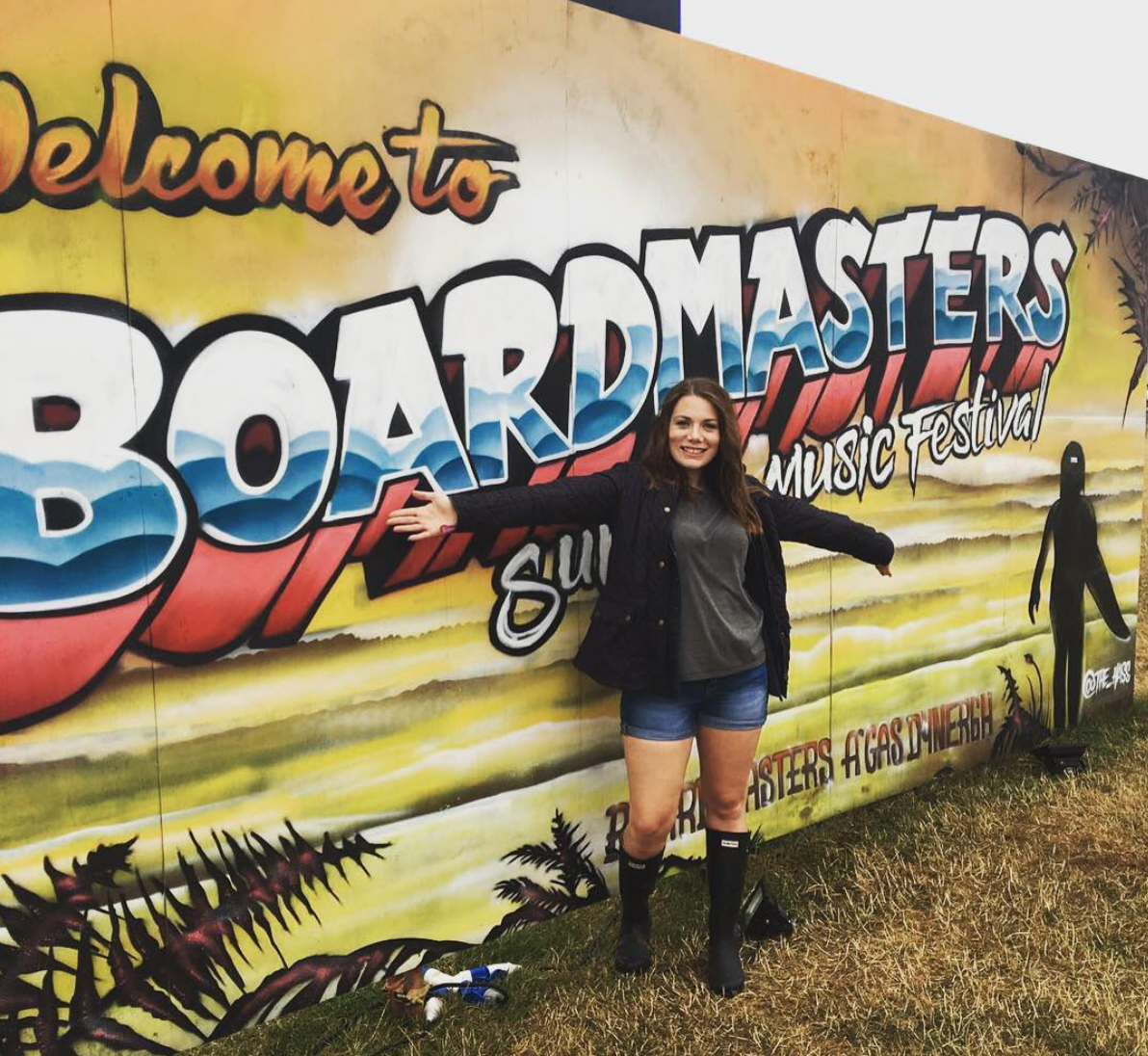 My sister is taking over the blog today, to share all about her time at the Boardmasters Festival in August. Over to you, Emma…

Well, with the weather of late, it is easy to see that summer is pretty much over. Back in the middle of August, though, we enjoyed a fab day at the Boardmasters Festival in Newquay, courtesy of iheart Wines. We visited on the Saturday and the line up looked pretty good, so were excited for a fun day out.

In typical British summer style, the morning started off raining. It wasn’t torrential or anything, but I was just glad I packed my wellies! So as we had VIP tickets, it was the perfect excuse to visit the VIP tent. It was a great little spot to chill out and have some yummy food. From there, we were able to watch a few of the earlier acts. It was the perfect view; overlooking the sea.

From there we decided to head down to Fistral Beach. I really liked that the location of the festival. As it was so close to the beach, you could spend time down there and go in the sea or watch the boarders.  We just caught a little bus that the festival arranged and headed down to the beach.

The sun finally decided to come out to play in the afternoon which was so nice. So we relaxed on the beach, as well as popping buy to the iheart wines truck stand. There were plenty of drinks of offer, as you might imagine and even got pampered with some glitter makeup! It was fun and the ladies at the stand were really lovely.

After a couple of hours we headed back up to the music to see some of the bigger acts. We saw Foxes, Kaiser Chiefs and deadmau5. They were all fab and we had such an awesome time! One other pretty cool thing that was at the festival was that Biffy Clyro were recording a virtual reality music video with Samsung, while we were there. So we got to go on that which was cool.

We decided to not camp and just drive there and back in one day. I was keen to see Craig David but decided to leave before he got there, as he was on at midnight. In the end, it turned out that Craig David didn’t even show up, something about a delay with travel. So I think we made the right decision to leave a little early!

The sun came out, we enjoyed good food, good drinks and good music. I’d recommend it to anyone! It was fun to do a little bit of a takeover on Instagram too.