You may remember a while back my brother and I auditioned for the game show ‘Pointless’. Well, I have made a bit of a habit of auditioning for game shows. I enjoy quizzing and its a bonus if you can win a cash prize right?

I finally got the call I was waiting for; “You have made it through to the live show”. Day. Made.

In September I filmed for a BBC2 show called Breakaway. I was so excited and nervous. It was such a fun day. But what tactics would I use? Who would I be up against? Would I make a fool of myself? I stayed as a team player and after we got a question wrong with no lives left, we all made it away with £125 each. Not too bad and it was timed just right for my holiday!

I hadn’t even heard of the show before Mike saw that they were doing auditions for it, but am now hooked. ‘My’ show was aired at the beginning of the month and I was able to catch up on it when I got home from Nevada… 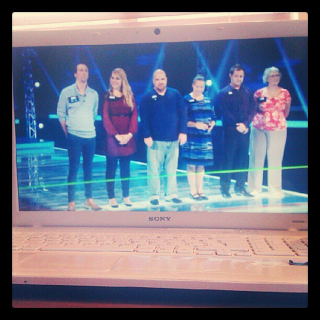