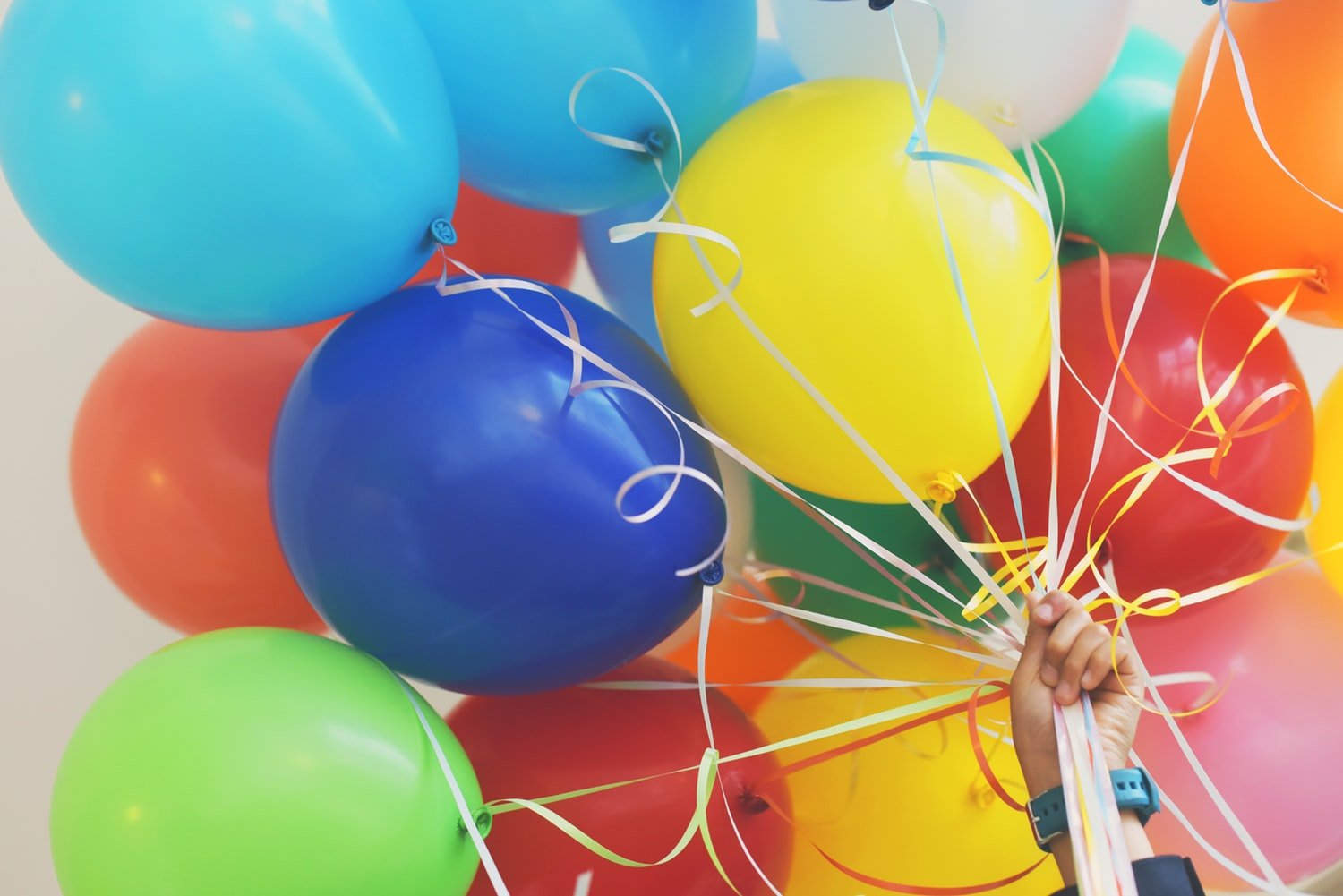 I am someone that loves to organise a party. Although they don’t happen all the time, I go all out when it comes to planning a decorating. I love a themed party, as well as planning the decorations of it all to within an inch of it’s Pinterest perfect life (I hope)! But one thing that can be a bit of a pain with decorating for a party or other kind of event, are the balloons.

In my opinion, a party isn’t quite a party, without some balloons. But when you have a lot to inflate, it can be a bit of a pain, not to mention time-consuming. They are often done the night before to save time, but then by the next day they are deflated again. So it makes a difference to be able to inflate and tie a bunch of balloons really quickly.

Which is why I was really looking forward to trying out the new ZURU Bunch O Balloons Party range, which means you to tie and string up to 40 balloons in just 40 seconds! Pretty amazing, right?

It really was as simple as it sounds. You connect the party inflator to an electric socket, attach the pack of balloons, that come ready with string, and then press a button until you have them the size that you want them. I was really impressed with how simple the pump and balloons were to use; I don’t think I will ever want to blow up a balloon all by myself every again! I really like that the pump can work with helium balloons too, as it comes with attachments, so you can inflate any balloons that you’d like. Plus, with the string already on them, it means they are self-tying, so no need to have to tie a balloon by hand and have that awkward part where it could just deflate as you tie the knot.

The balloons come in packs and then you attach them, with the tubes that they come with, to the pump. They easily slide in. From there, you twist the top of the pump, if you don’t have balloons attached to each segment, so that the right part inflates (for 40 balloons this step isn’t needed). Then simply plug in, and press the button. The balloons can be pulled off, and they won’t deflate. You then just snip the tubes off and your balloon is ready to tie up and decorate with.

You might be thinking that it is just a pump, and another bit of plastic to have around the house. But the pump also works with helium, as mentioned, but can be used as a general pump, for things like or beds and other inflatable (think paddling pool etc). So for me, I think it is something that is good to have in the house, ready for when you need it, party or not. It is also fairly small, not like a giant helium tank or anything, so it can be kept in a box, on a shelf, or in a cupboard quite easily.

I was really impressed with the quality of the product too. And priced at £14.99 for a starter kit, including a pack of 16 balloons that are ready to go, I do think that you get value for money. You can tell that it is the kind of thing that can last for a while.

They are available in ASDA and Tesco stores now, so head over for all of your party needs, especially in the run-up to the festive season.

If you’d like to be in with a chance of winning your own Bunch-o-Balloons party set, then head over to my Instagram for a chance to win a voucher!

*this is a collaborative post, but all words and opinions are my own.