Being able to read a written number aloud is an important skill. In this game, your child will use a deck of cards to create double and triple-digit numbers. After a few rounds of play, she’ll be able to call out numbers quickly and confidently. If the game becomes too easy, adjust the number of cards and challenge your math whiz to build even larger numbers. 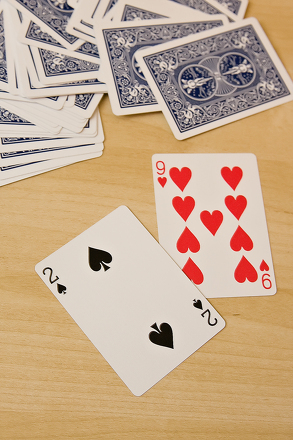 Up for a little competition? This game can just as easily be played with two or more players. Have the kids race to say the number correctly. The first player to call out the number correctly gets to collect the cards. The player who ends up with the most cards at the end of the game wins.