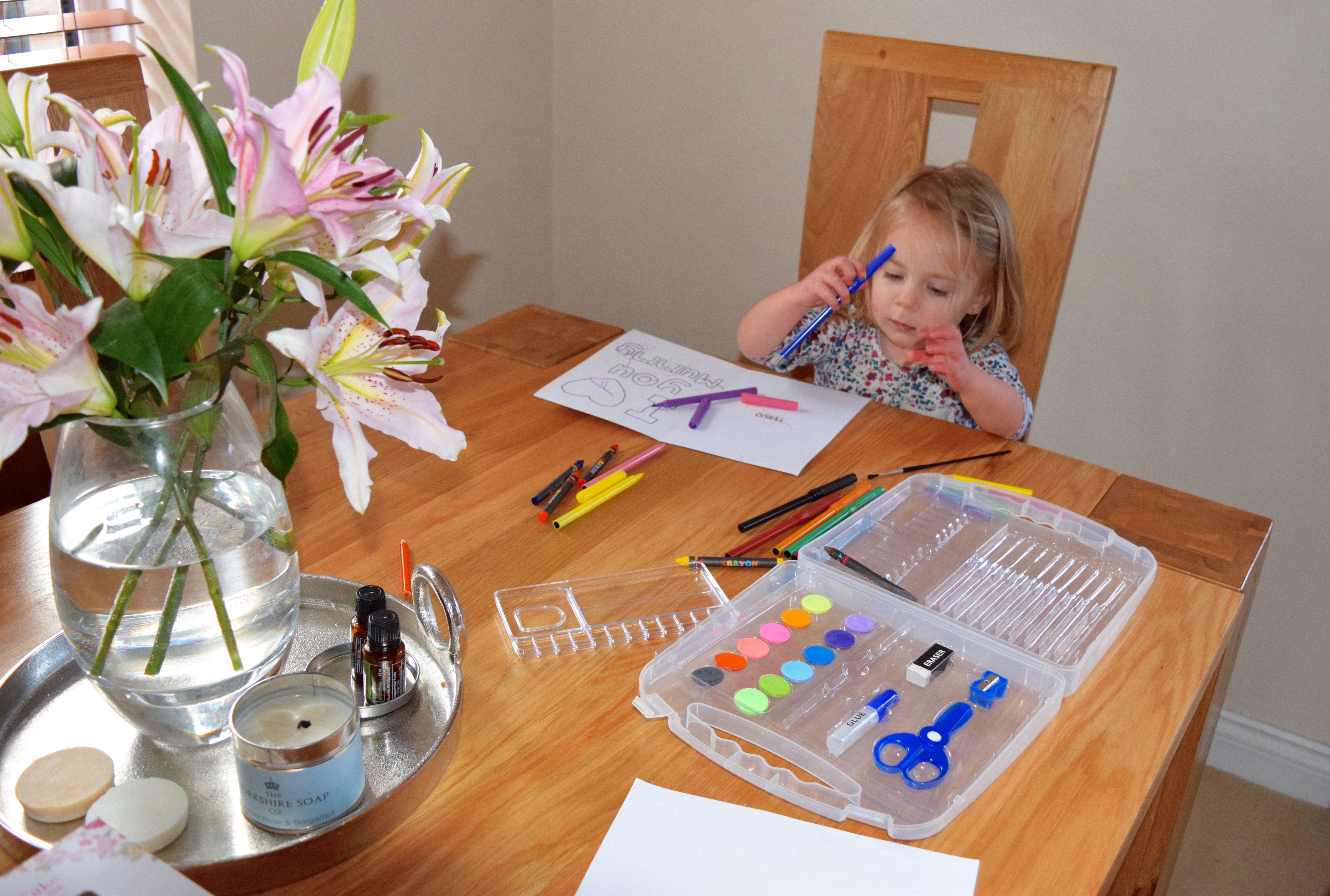 We have got a first over here on All about U –  a guest post from Mr U! My husband was set a task this Mother’s Day and it was all a secret to me. Read how he and the kids go on. Over to the hubs…

In the build-up to mother’s day this year I was issued a challenge by Tesco: to make Mother’s Day memorable! I’ll be honest, coming up with unique ways to celebrate Mother’s Day is never a stroll in the park. I’ve had five noble attempts at it now and I’ve found that kids tend to not realise the gravity of the situation… A lot rides on the success of the day. My wife’s happiness of course. But I need to make sure I get some serious brownie points too don’t I?

So, unbeknown to Mrs U I set out to ‘tailor’ Mother’s Day. She was out on Saturday afternoon so we could get plotting in secret.

Tesco kindly sent me a hamper containing everything I would need to help make the day special. The hamper included a write-on cake, a craft set we could use to create bespoke, one off pieces of art for Mother’s Day cards and of course, lots of food. 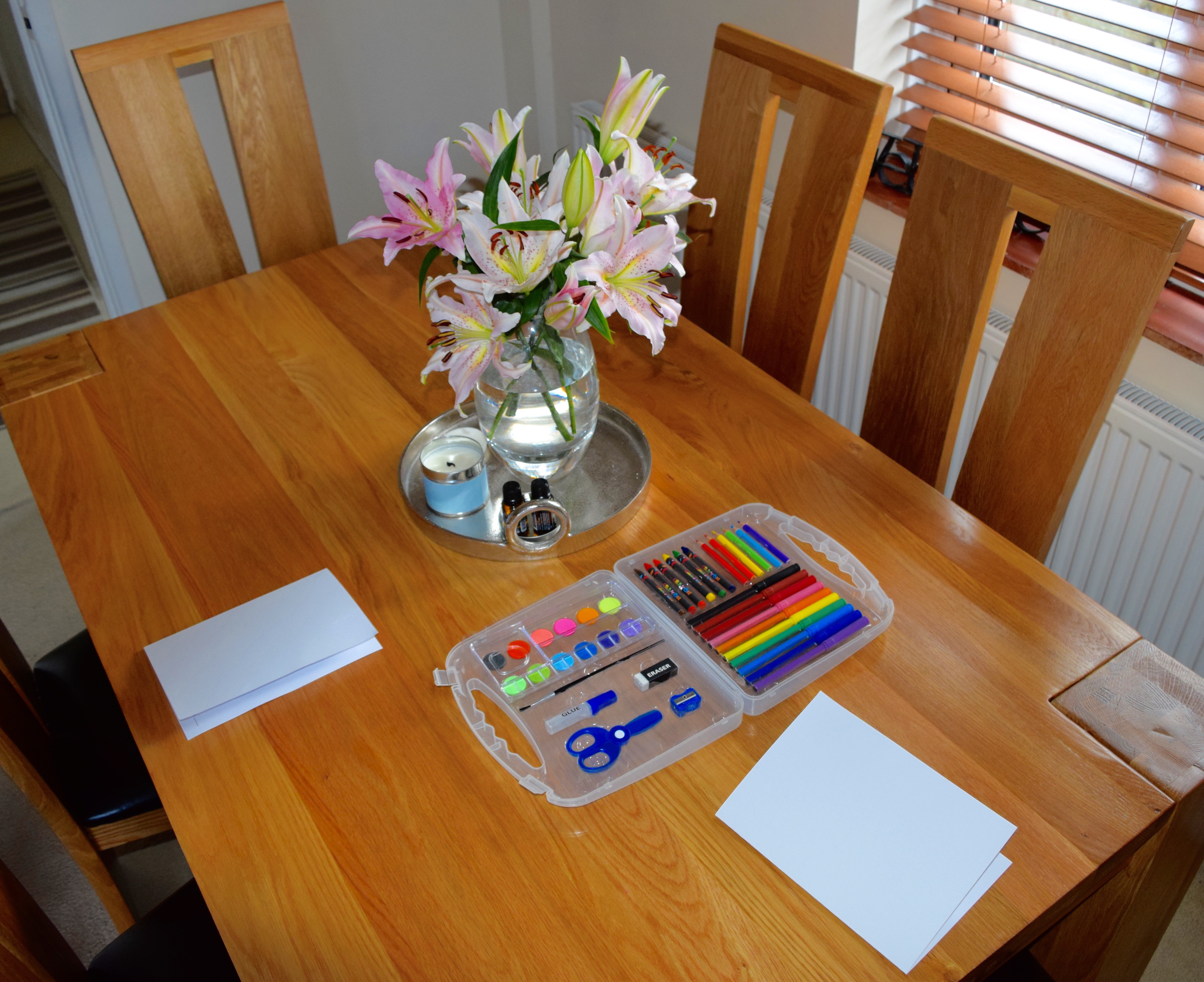 With a bit of ‘inspiration’ and heavy prompting, we managed to write a legible message on the cake and design some extremely colorful cards. There was a point where there was more paint on the table than on the cards but we got there eventually – I am not a pro at crafts in general, but particularly not with kids. Chloe is Miss Independent and didn’t like me interrupting her genius!

The only challenge remaining was to choose a breakfast recipe and to prepare it. All the recipes were straight-forward but we opted for the smoked salmon bagels. The kids scrambled the eggs and managed to exclude all traces of crunchy egg-shell from the finished product! We plated-up and tried to, as discreetly as possible, go upstairs with all the fruits of our labour. 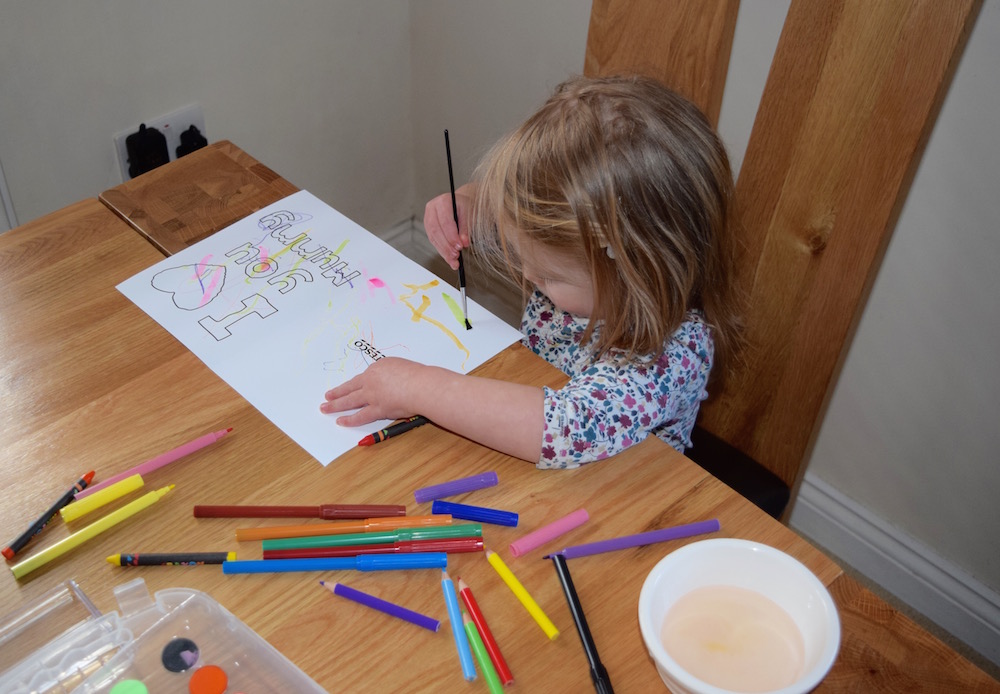 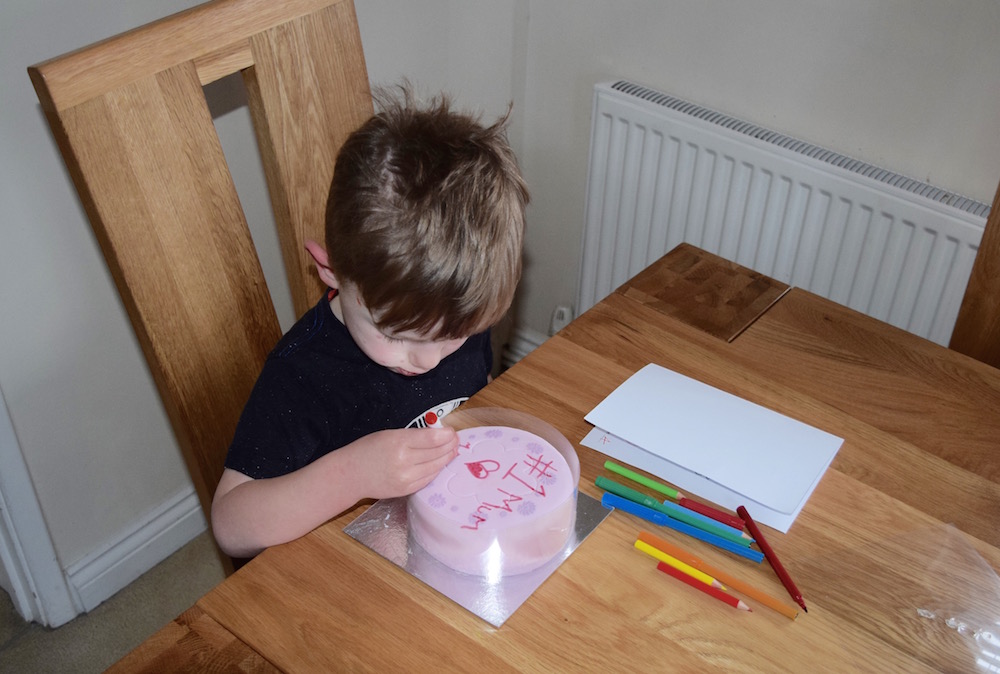 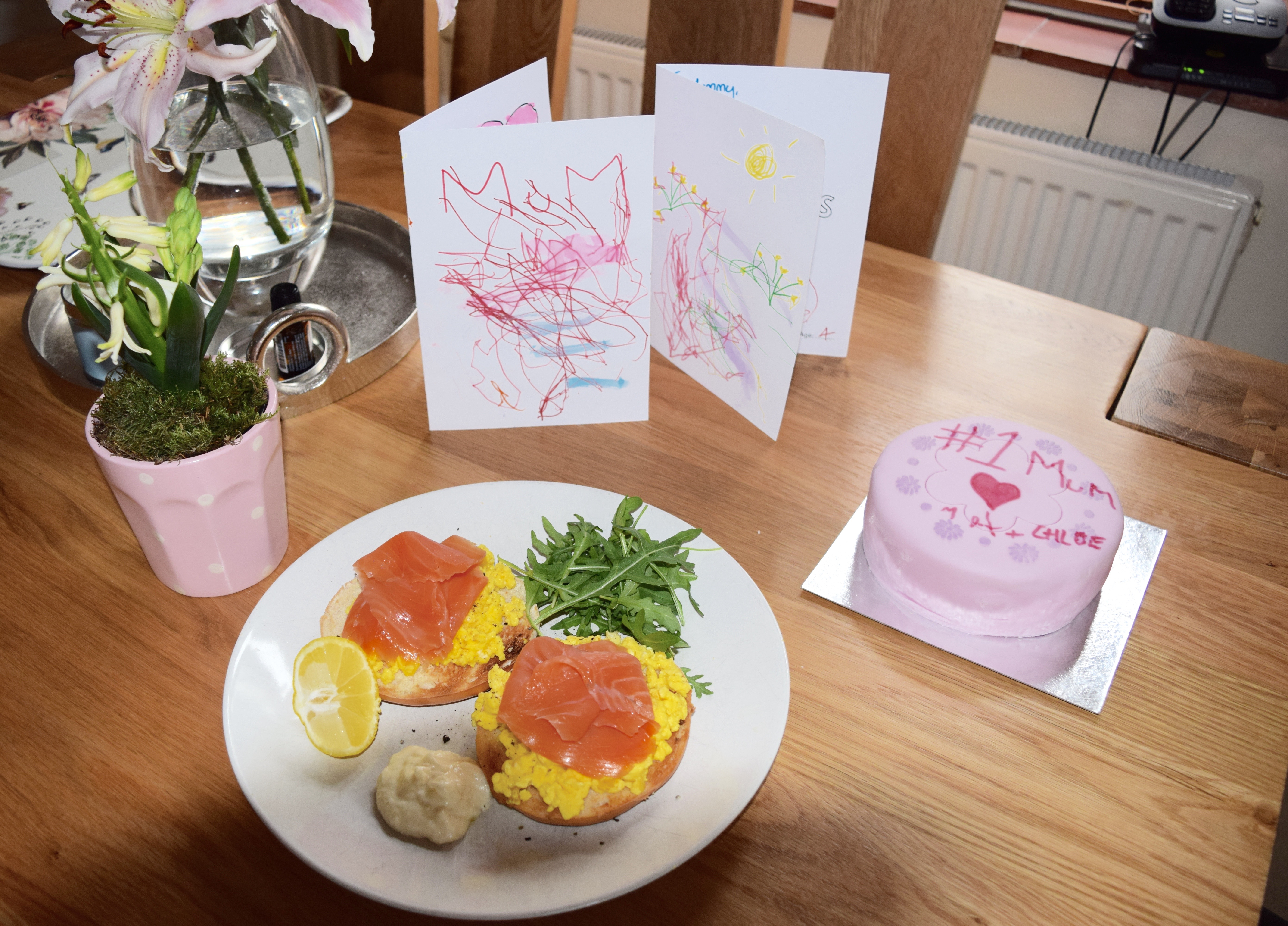 Breakfast in bed, I’ve come to learn, was the prerogative of married ladies in the Downton Abbey-esque era, so I thought it best not to break with tradition. My wife is usually the first one up though so there was a bit of telling her to wait in bed haha, oops! Max was on the scene first and after leaping up on the bed, proceeded to ‘force-feed’ mummy with his bespoke cake; not forgetting to take a few hearty portions for himself of course! Chloe, bless her, didn’t know what was going on but was happy to give mummy her card and OJ! 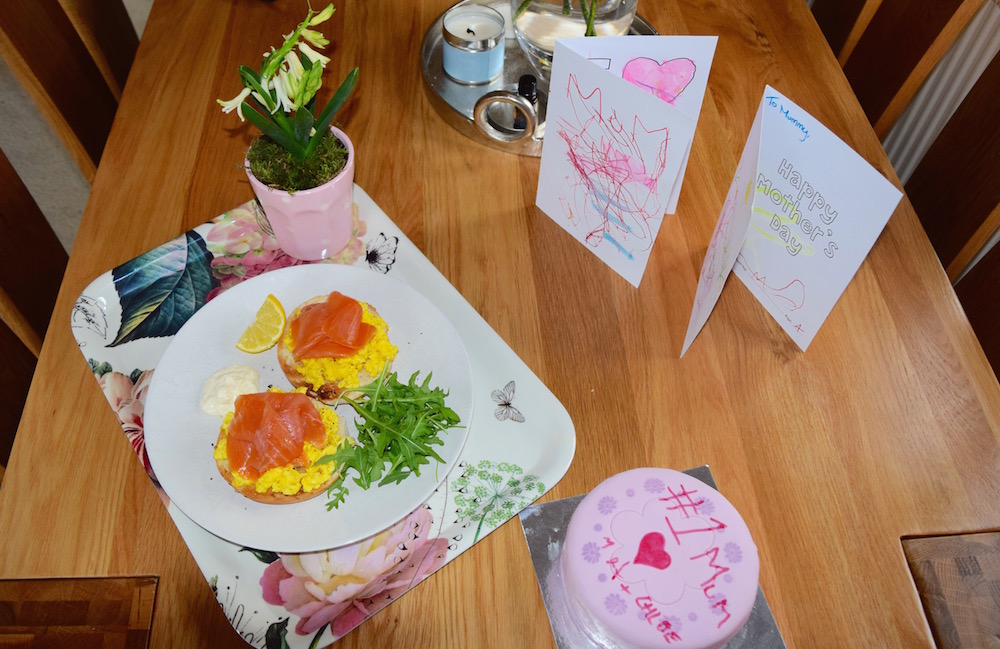 Thanks to Tesco for helping me out to make Mother’s Day for my wife really special. It was really nice to be able to spoil the beautiful mother of my amazing kids in such a way (though I’m not sure how often I will be doing crafts with the kids in the future)! 😉