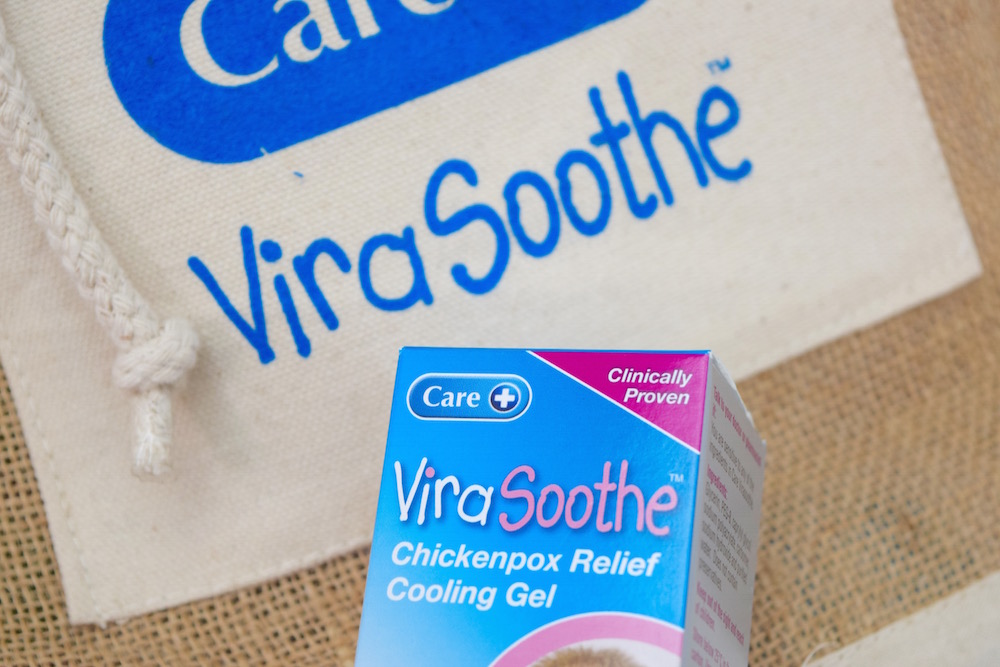 When you’re a mum of little ones, there are some things that are inevitable. The sleepless nights, the nappy changes are expected, as well as the happy and rewarding times like their little giggles, and that first time that they sleep through the night. The snot and sniffles that little ones bring is pretty much expected too, as well as some normal childhood ailments like chickenpox. I can still remember walking down the stairs one morning when I was younger (not too sure exactly what age, but definitely primary school age); I was wearing and blue and white striped nighty. I asked my mum if she could tickle my back as it was itchy, and low and behold, it was covered in chickenpox.

I hadn’t given much though to this until my own two children got the pox. Max, my eldest, was first. And he was four years old when he got chickenpox. And guess, what we were on holiday in Spain when he got them! It was quite early on in the holiday, so I presume he had picked it up before we got there, as it is contagious for a little while when there are no visible spots. So let’s just say, it was fun trying to find something to help soothe his skin when I speak very little Spanish (thank you Google translate)! We were staying in a villa so it was fairly easy to keep him cool inside, and topped up with plenty of liquids was easy as it was warm and we could freeze some juice and water for ice pops. It just meant he couldn’t go in the pool for a few days until the spots started to scab…

The spots healed just was we were leaving which was a huge relief, as some airlines don’t let yo fly until they’ve scabbed over. But it came as no surprise to me that pretty much two weeks to the day after Max’s were healed, Chloe started to show signs of spots. She has just turned two years old at the time, and I’m not sure if it was because she couldn’t express what was wrong as well as Max, or because she had it worse, but it was much tougher when Chloe had it. Crying, itching, and infected spots; oh the joy!

So if you’re a parent, dealing with chickenpox is pretty much a rite of passage. And it is best to get it when they’re younger, as the old tales go. But what are the best ways to deal with it? Here are some things that I would suggest, so that it is as pain-free and stress-free as possible; for you and the child!

When you’ve got kids, that liquid gold Calpol is going to be regular in your medicine cabinet. Paracetamol based products are fine, so do check the label and use the right amount for their age. But if there are ibuprofen based kid’s medicine like Nurofen or Calprofen, then it shouldn’t be given to them. The ibuprofen can react with the virus and lead to some nasty side effects and complications. 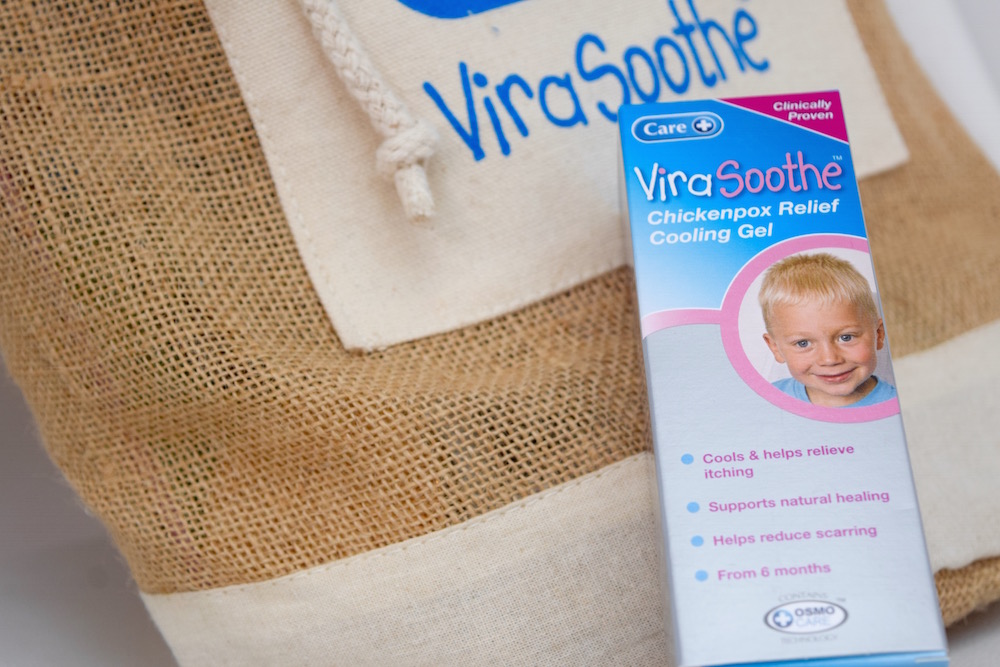 Chickenpox can be very itchy, in fact, that is usually one of the things that we all know about or remember from our own chickenpox experience. The thing is, itching chickenpox spots can be very harmful. Itching the spots, especially if it is over and over again, can cause broken skin which can lead to spots getting infected. We had this with Chloe, mainly because she got a lot of spots in her nappy area, so it was important to keep it as dry as possible. It was not fun, though!

To soothe the need to itch, you could try Care ViraSoothe Cooling Gel and Spray Gel. This gel helps to cool the skin and soothe the spots and itchiness, whilst helping to reduce scarring. I couldn’t find anything like this for Max in Spain other than a powder, and he does a few small scars on his back and shoulders. So definitely looking out for something like this can be a good way to help remove the urge to scratch.

Oats in the Bath

Yes, you read that correctly. Oats in the bath can be a great way to help sooth itchy spots and sore skin. Finely ground oatmeal (or whole rolled oats put into something like a knotted sock or an old tied up muslin cloth), and then putting into a bath of warm running water, is another good way to soothe itchy skin. Let them play as normal in the bath and then pat then dry with a towel afterwards. This only gives temporary relief, though, so a lotion or chickenpox spray is a good idea too for the rest of the day.

Have your children had chickenpox yet? It would be great to hear what worked for you and what helped to make it easier. You should also make sure that you’ve got plenty of things in, as for the few days that the spots are infectious, it means staying in, and cabin fever is a very real thing!

*post in collaboration with Care ViraSoothe, but all words and opinions are my own.