Miss Bean, as the title would suggest, is now 11 months old – say whhhaaaat?! That means, in four short weeks she will be one! A whole one year old – literally beside myself at how fast that year has gone by. 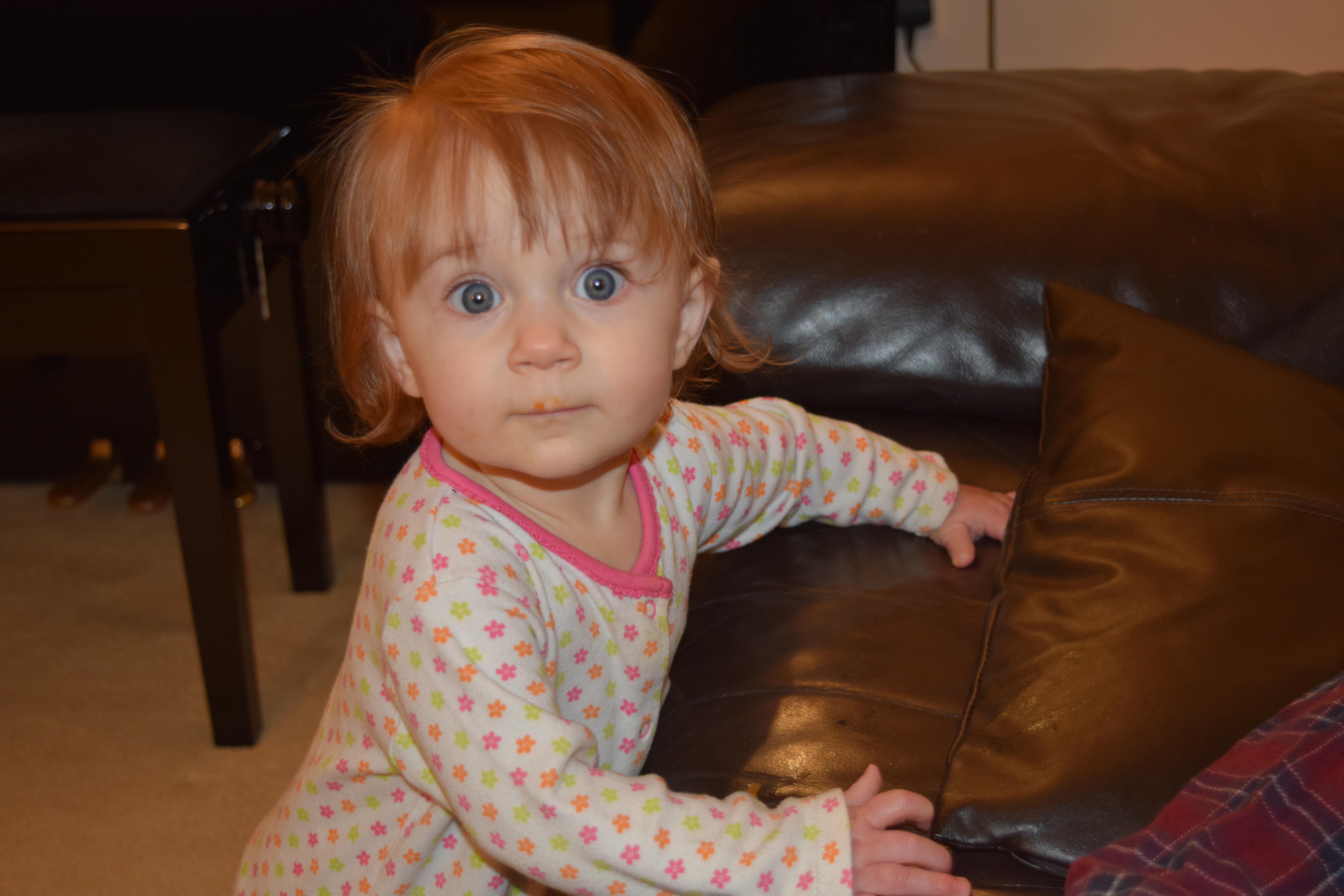 ~ The past few weeks have been quite tough – teething is hard (on mama and baby)! Chloe now has 6 teeth, four at the top, two at the bottom. The ones at the top basically all came at the same time o it was pretty tough on her and she has been rather clingy. Hopefully we are through the worst now.

~ She is pulling herself up more and more and shuffling along the sofa and tv cabinet. I’m not sure if walking will be anytime soon but she loves holding hands and walking along with us – Max loves doing it with her too and it is pretty cute to see.

~ Chloe’s favourite things at the moment are sweet potato, dates, strawberries and my phone. So funny how she will just sit and play with my phone (especially if I have left on the front camera and she can see herself – loves a selfie)!

~ She has been using her pushchair walker more and more and interacts with her dolly now. She’ll take it out of the pushchair and babble along to it and touch her hair etc. Can we say girly girl?

~ Chloe, other than a few days during the teething time, has been sleeping through. Finally! A much welcome relief for moi.

~ She is still a pretty good napper – one in the morning and one at night.

~ Chloe’s favourite person is her brother. It is really sweet. He had gone to spend a few nights at my in-laws during half-term and she was totally lost, as the play together so much when he is here. Just stuck with boring old mum for a few days 😉

Love this girl of ours and excited for all the new things she will be doing – just slow it all down a bit!