So this is a little bit delayed, she’s now 5.5 months but better late than never. Our little Chloe bean is growing and developing beautifully – I love being her mother! 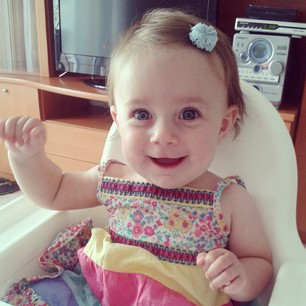