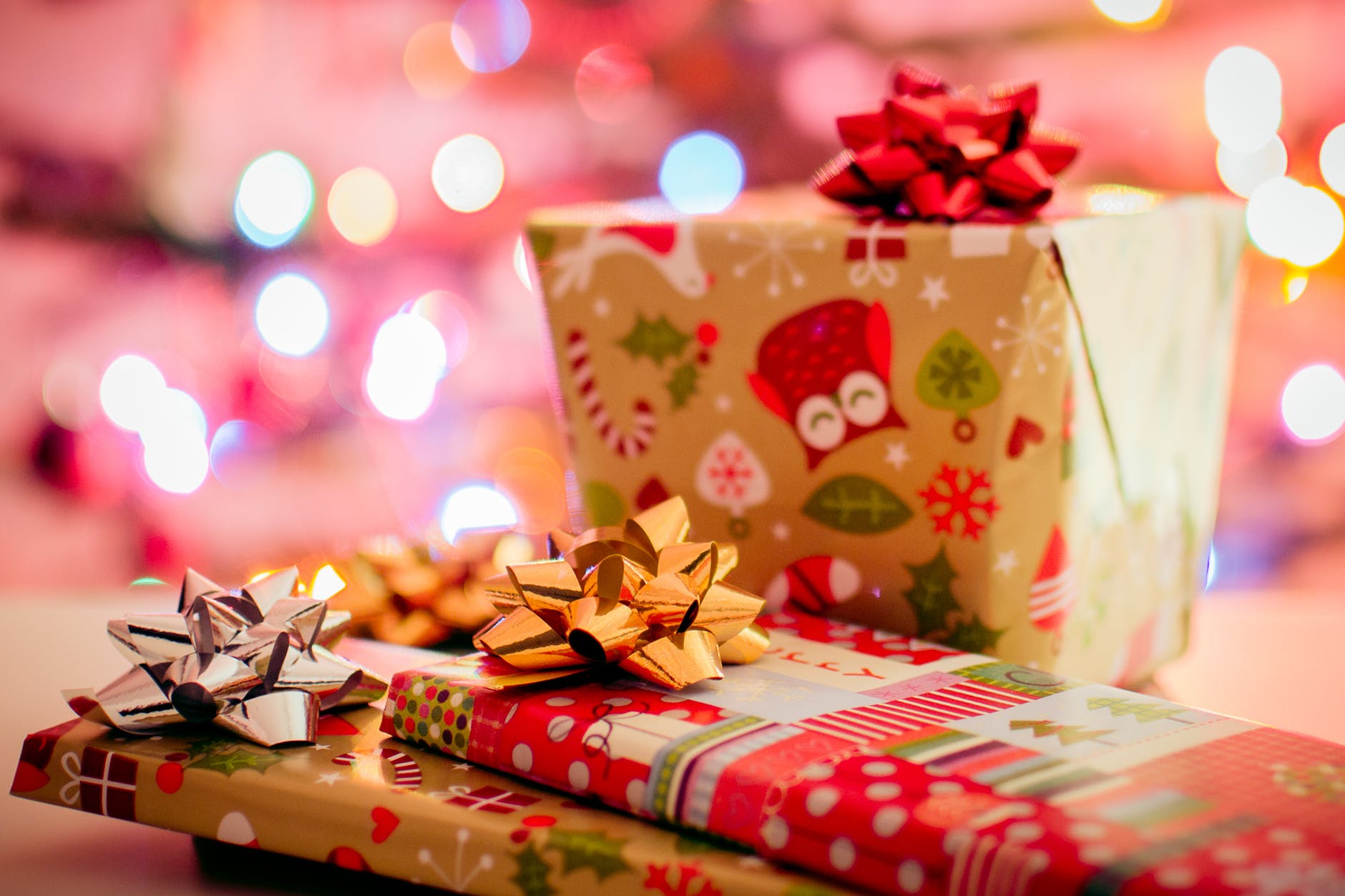 The second of my Christmas Gift Guides is all about family fun. I don’t know about you, but as our extended family gets bigger and bigger, we have opted to do a secret santa style of gift giving in recent years, where we buy for a family rather than an individual. So while I was looking at what we could get this year for our chosen family, I thought I’d share some gift ideas if you are going to be doing something similar. Plus, a few of them will work well as gifts for children or stocking fillers for adults.

Here are some of my favourites. Would love to hear what you think! 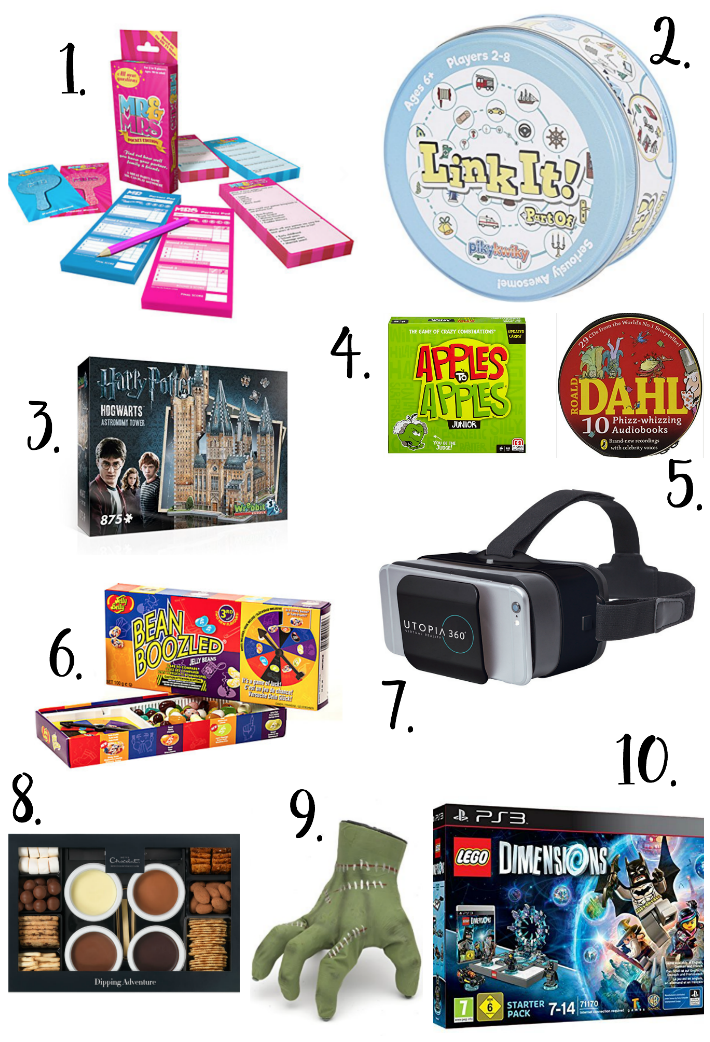 When we have had family gatherings with my side of the family before, we have often played Mr & Mrs as it is just a lot of fun. Having said that, it has been time consuming when we have had to create our own questions. This is ready to go, with some really simple rules to follow. It is a fun game to play, and for the price, is a good bargain and it’s incredibly good value. If you’ll be with plenty of family over the festive period, then the Mr & Mrs Pocket Edition Game will be a great addition. You can use any relationships too, like siblings or even parent and child.

You can’t go too far wrong with a game for the family to play over Christmas. What I really liked about this one is that it isa game that is really good fro child development too. Using two piles of cards, you choose two and have to choose an item on each card that link together (for example, a baby and a bottle). It is fairly quick paced, so can be a quick game for adults, or a game to help children to improve their focus and matching ability. I think it is good value for money and could make a good stocking filler, as well as a secret santa gift. You can buy the PikyKwiky card game from from Amazon.

I know puzzles aren’t for everyone, but in our house, they are pretty popular. Plus, anything Harry Potter is going to be a winner with us too. So a Harry Potter Hogwarts Puzzle would work well for us.  A 3D puzzle makes a change from a traditional puzzle, so could be something to do as a family over the Christmas break.

If you’re a fan of the game ‘Cards Against Humanity’ but you have children, this can be a safer alternative (at least until they’ve gone to bed). Apples to Apples is just the same concept, choosing sentences or scenarios from different cards, with the person who’s turn it is choosing the winning one. Just less innuendo and exploding kittens.

If you have children, then I don’t think you can go too far wrong with anything Roald Dahl. But as an alternative to the actual books, Roald Dahl Audio Books could be the next best thing, especially for travel and road trips.

Combining eating sweets and a game is a great way to get the kids involved. With some strange flavours, it can be a fun game to see who gets what. I think it is a bargain price, so even if it is only played a handful of times it is worth it. With a variety of Jelly Belly Beanboozled Games editions, it is perfect for a stocking filler or the latest 4th edition ‘Jumbo Spinner’ could work well as a main gift, me thinks.

If you’re looking for something a little different, then this is the thing for you and your family. Obviously, it is going to work better for slightly older children than it would for little ones. Max is nearly six, and he has used it and found it fine, though the recommended age is from age 7. Using your smartphone, the Utopia 360° Virtual Reality Headset  allows you to watch movies in 3D, as well as play games with particular apps. We have an iPhone and an Android smartphones on our house, and it worked fine with both of those. Using the VR Headset, it is like you are really there playing the game or on a ride. The clarity of the screen is incredible, and there aren’t issues with glare or shine on the screen either.

The thought of putting something on your head might make you wonder if it would work for different aged people, but it is adjustable, and sits really comfy on. There is a ventilated cushion to make sure that it doesn’t get too hot as you have the smartphone near you.

If you suffer from motion sickness, then it may not be the best for you, though motion sickness isn’t something that I personally suffer from. We were all fine with it, so I think it could make a great addition to your Christmas list. It isn’t badly priced for what it is too. It is well made and the quality is very good; I was impressed.

If you want to have some fun with a treat, then the Hotel Chocolat Chocolate Dipping Adventure is just the thing. With a variety of different chocolates to melt and use, as well as a variety of things like marshmallows to dip into the chocolate, there is something for everyone. You could even make it into a little game where you guess the flavours. It all tastes so good!

The Thing Crawling Hand is just a bit of fun really. You could use it all year round to have some laughs and scare people around the house. It would work well for Halloween too.

If you’ve got a little one around six or seven years old that enjoys gaming, then I’m sure will have heard about Lego Dimensions. It is high on my son’s birthday and Christmas list. The Lego Dimensions Pack starts from £83, depending on what console you have (it is PS4 is £90, for example). It allows you to add characters that become part of the whole Lego world. If you’ve got a few that like to game, then this would be fun for the family.

Have you got a favourite gift here? Anything on particular that you are hoping you get this Christmas? Would love to hear in the comments below.