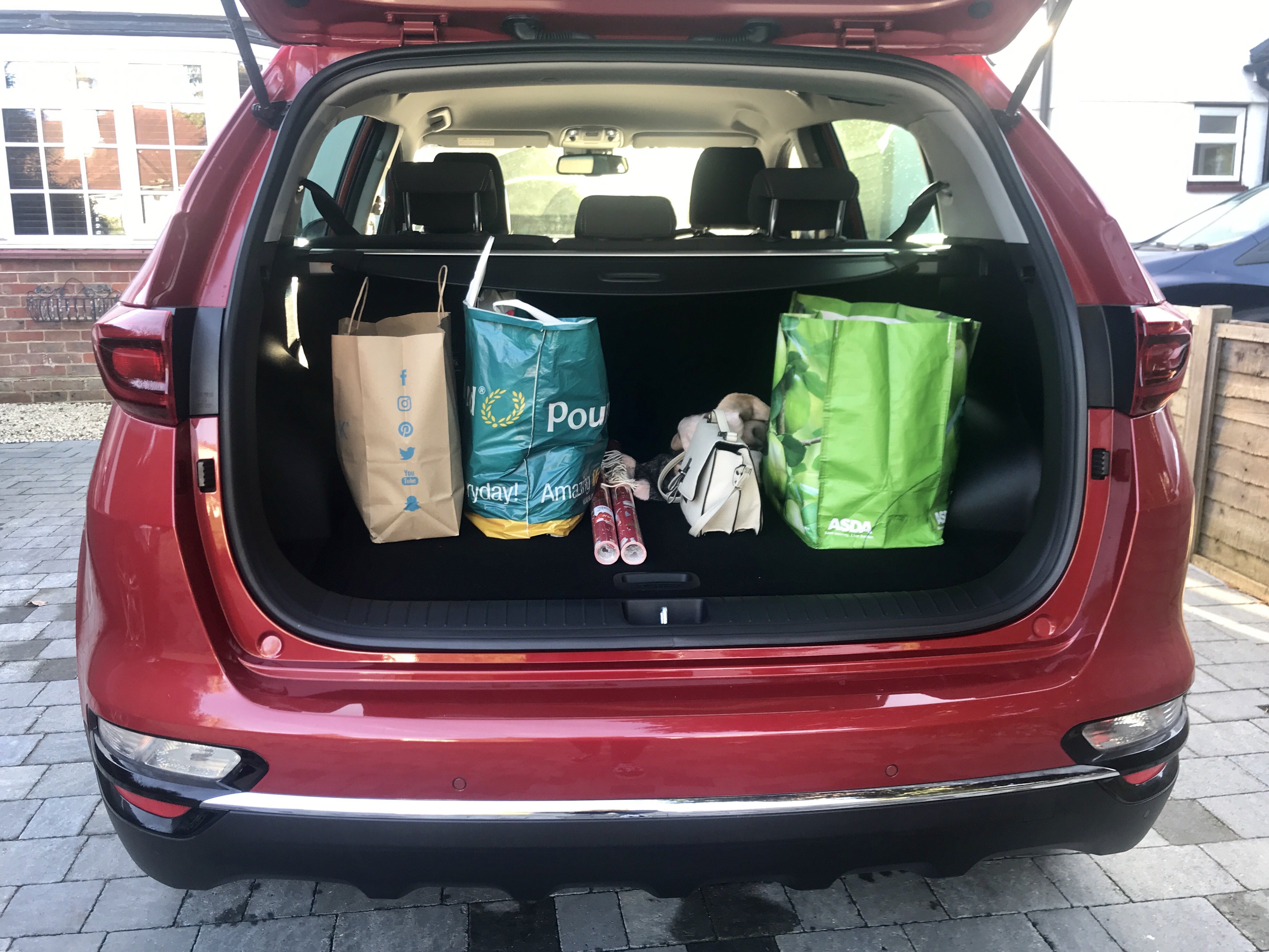 I have found that since becoming a parent having a car has been much more of a need then before. The time saved and the hassle avoided from having a car has helped our family a lot, and so if you are in a similar situation to afford one, then having a car and being able able to drive is a must. Hats off to those that get by without, as I would find it pretty stressful, if I’m being honest. From visiting grandparents to last minute dash on the school run, a car really is helpful.

At this time of year, a car has so many more uses; talk about mad dash to the supermarkets over the past few days, right? Not to mention heading into town to get the Christmas shopping done. But being able to nip in and out of car parks, as well as having room for the kids and the shopping is something that isn’t easy with all cars. Not to mention the car being fuel efficient and economical all at the same time.

This year for my Christmas shopping the people over at Kia asked if I would be interested in trying out a Kia Sportage, to see how it gets on when put to the Christmas shopping test. Here is how we get on and my thoughts on the car. Have you ever driven one before?

To get started off with, we need to talk about the first impressions of the car. I was impressed by the colour of this new Sportage (though, of course, there are other colours available). It looks really bold and striking but still stylish. The second thing that I was really impressed with was the height of the car and the size. I normally drive a salon car (BMW), rather than an SUV style of car like this one, so the driving position puts you really high up on the road. I felt like I could see more higher up, and definitely felt safer. The car isn’t bulky though, so I was pleased with that. It didn’t feel any wider than the car I drive normally, though there was plenty of space inside. Off to a good start.

When it comes to a car being suitable for a family (and for Christmas shopping), having a car with plenty of space is what you need. So what was the interior space like in the car:

When you’re out doing the shopping, how easy a car is to park is a must, right? So this was interesting to put to the test. Overall, I found the car really easy to park, as it didn’t feel any wider or bulkier than what I am used to. It made the turns up and down a multi-storey car park really easily too (always a good test for any car).

The one thing that I was totally impressed with (and do were many people on my insta-stories when I shared it with them), was the reverse camera. So when the car was put into reverse, the screen at the front of the car turned into a screen to show what the camera was showing from the back of the vehicle. Although I did look around and do checks myself, it really helped to show areas that are a little out of sight for me normally, and made reversing out of our driveway much easier. I want a reversing camera in every car from now on, I loved that feature.

As for general driving around, the car handled well. It was a smooth drive once I had got used to the bite point of the car. The acceleration was a little less than our current car, but once it got going it was all good. As I have said, I liked the driving position a lot, and gear changes were smooth. Around corners I had to go slower than I might do normally, but I think due to the height of the car, that makes sense, as it didn’t grip on bends quite as much as I am used to.

The screen at the front of the car is really high-tech and up to date, and I was so impressed with it. As well as the screen being a map and a sat-nav giving directions if you want it to, it also shows you the speed limit (that also appears on the driver dashboard next the mileage counter). It was so clear how it changed, even in the temporary roadwork areas; a really cool feature to help driving around, especially in unfamiliar places, really simple.

At this time of year there is definitely less daylight, so I did do a fair bit of driving in this car in the dark. The lights were easy to use, though, and really did light up the road ahead, even with just the normal beam on. The car is full of top of the range tech, because the full LED headlights made sure that the road ahead was always visible and clear. The high Beam Assist also automatically detected headlights or backlights of cars ahead, and after doing that, it adjusted the high and low beams accordingly. Pretty amazing, right? And with combined emissions able to get up to 58.9 MPG, it makes for a pretty great family car.

I really enjoyed our week of testing it out, and think that it would make a great car for a family; I was honestly loving all of the tech features and the car was spacious for our needs, for sure.

It would be great to hear what you think 🙂

*the car and fuel was ours for a week in exchange for this post. All words and opinions are my own.