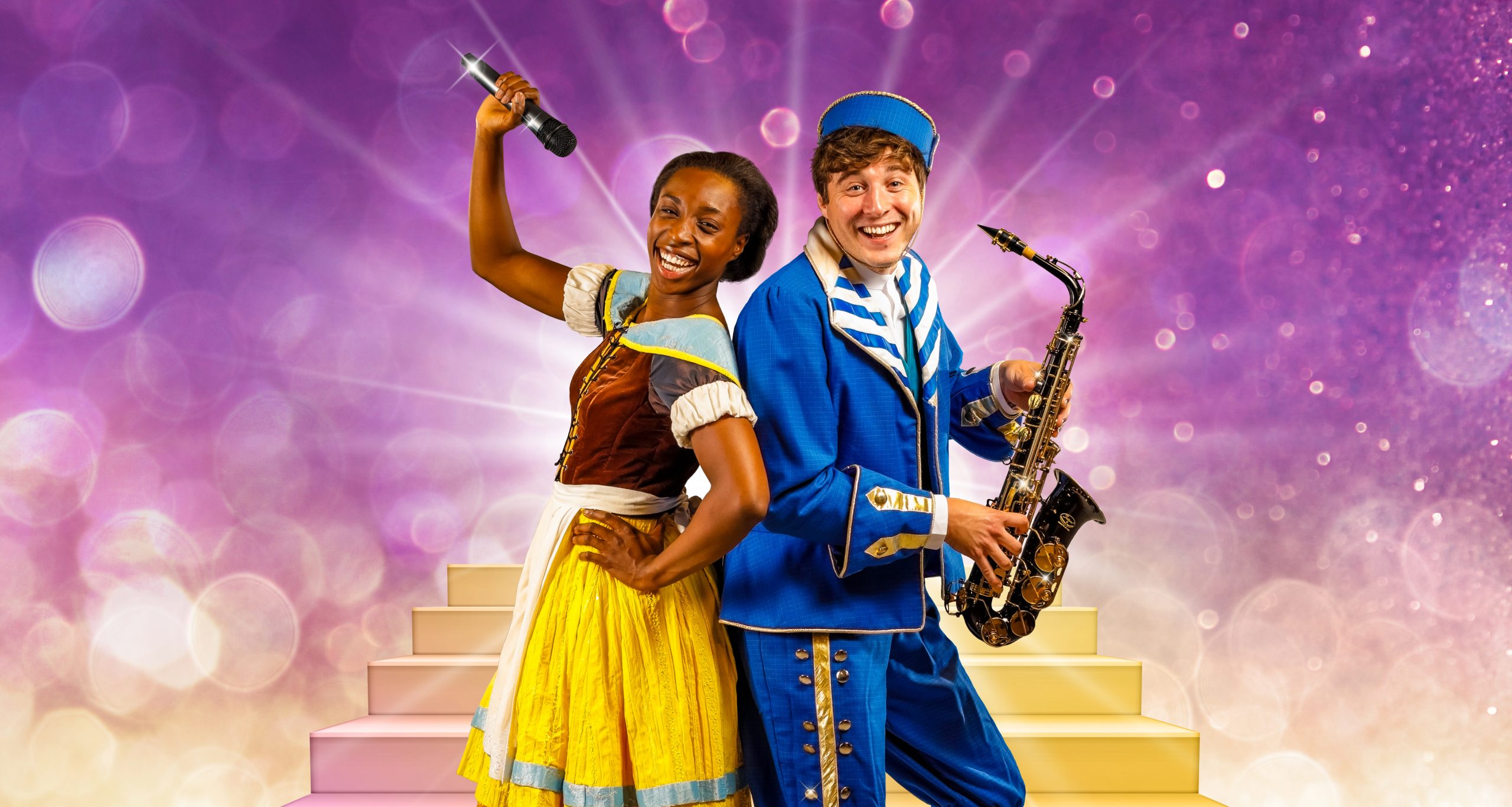 Have you got any Christmas traditions that you like to do as a family? We have a few things that are always a must for us, like watching certain films, baking cookies, new pjs on Christmas Eve and baking mince pies to drop off to friends. I know quite a few people that have the tradition of going to see a pantomime at Christmas time, and I think it is such a lovely idea. I haven’t been to see one for ages myself, and the children never have. But that all changes this weekend.

We got the chance to go and see the children’s first panto in London this past weekend, at artsdepot in Finchley, North London. The panto that is running there for the first time is Cinderella: The Rockin’ Panto, and we were really excited to see what it was all about. I tried to explain to the children that a pantomime is really interactive and you can shout out to the people on stage and so on. They were looking forward to seeing what it was all about!

For starters, I like the theatre in artsdepot as, although not huge, there are no bad seats in the house. The stalls rise from front to back, so you’re sat higher up than the row in front of you. The side seats are also slanted so that no one is going to be blocking your view; a must for little ones. The setup of the stage was bright, colourful, and looked really good, with the musical instruments set up and ready to go. Very impressed with the live music. Just before the start of the show the cast came out to chat to the audience, which was a really nice touch, and my daughter was a little starstruck to see ‘actual Cinderella’ up close.

The panto had the classic quirks that a panto should have, with plenty of boos for the evil step-mother and the ugly sisters, and a lot of ‘it’s behind you’ and ‘oh no it doesn’t’ and so on. The children really got into this, so it makes it a really family-friendly show. It was chilled and relaxed, which is a must for taking the children, so don’t worry about having to keep the kids quiet!

What I was most impressed with was the cast; they were brilliant in all senses of the word. There was plenty of humour (some of which definitely went over the children’s heads but made the adults in the audience laugh). The cast were all fantastic and singing, dancing, acting, and playing a variety of musical instruments. They are a super talented cast with them all playing different musical instruments. They are a small cast going in and out from scene to scene and one scene they’d be dancing, and the next they’d be playing drums, and then the guitar. I was really impressed with how talented they are.

The panto was really funny, and the music was brilliant. You just wanted to get up and clap along. There was a mix of modern and older songs, so there was something for everyone to enjoy. It was a really feel good afternoon out and if you are looking for something fun to do, then I would definitely recommend it. I laughed out loud, so I think that is a good thing in my book.

You can book the panto here. It is running until 5th January 2020, and I hope to see it as an annual thing next year.

Do you go to a panto at Christmas? It would be great to hear what you think.

*our tickets were gifted in exchange for a review post. All words and opinions are our own.