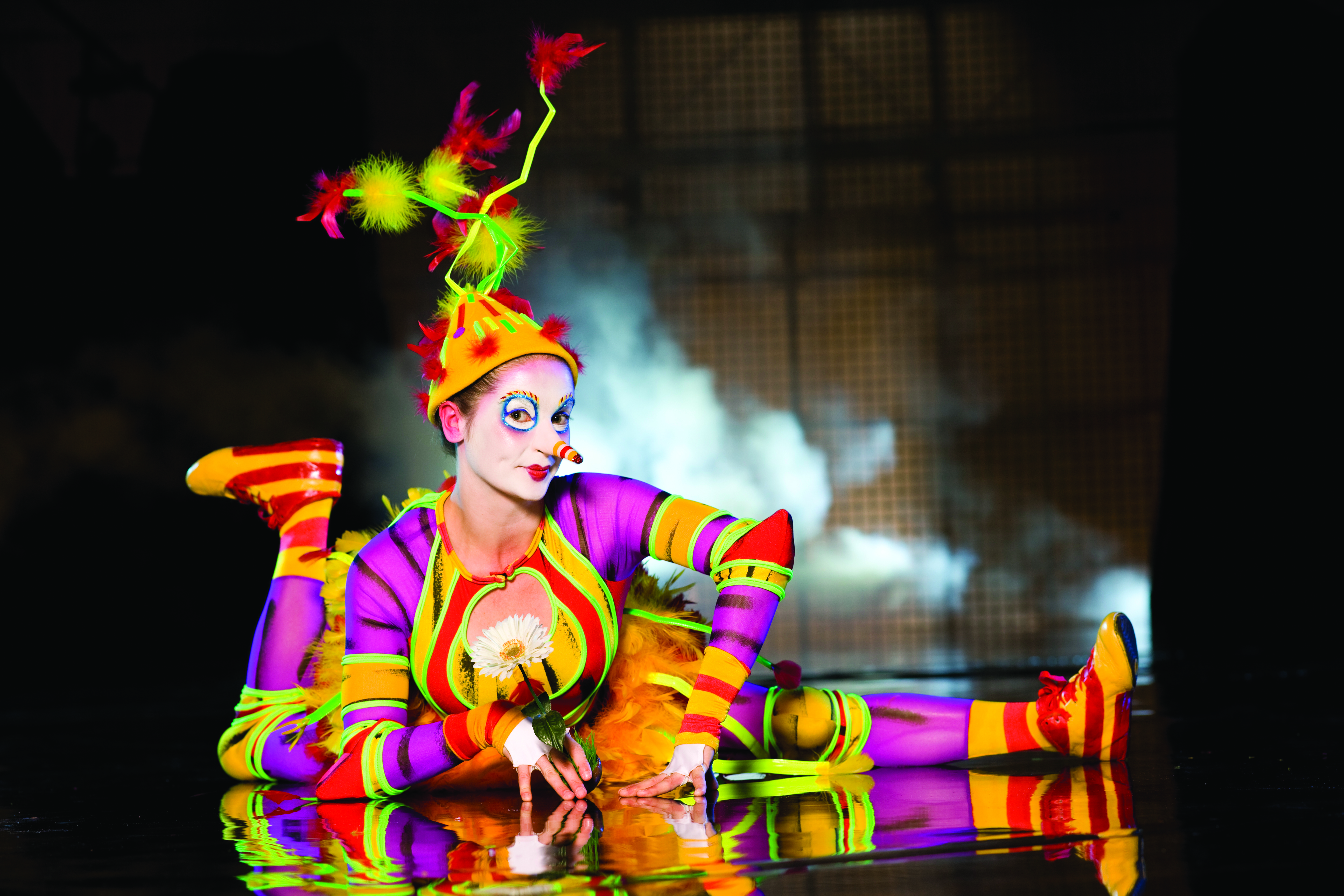 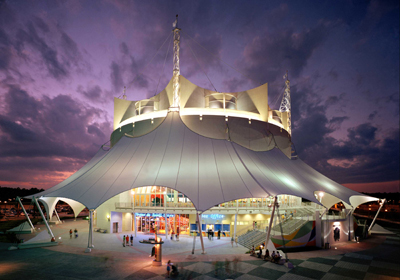 I’ve always had a fascination with people who can bend, flex and contort themselves into seemingly impossible positions! The kind people at Cirque Du Soleil allowed us to see such amazing feats and daring acts up close and personal whilst visiting Disney Springs.

La Nouba, loosely translated as ‘to party’ in French, depicts a meeting of two worlds: the world of the Cirques (circus people, wearing bright, fluorescent colors) and that of the Urbains (urbanites, wearing dark, monochromatic outfits). Whilst live music is played from two tall platforms located at either side of the semi-circular stage, these two worlds interact, incorporating performances ranging from breakdancing and diablos, to ariel ballet and a ‘heart-in-mouth’ flying trapeze. Each breathtaking act is broken up with light-hearted and often interactive comedic relief so there’s a good ebb and flow to the show. One fortunate member of the audience was pulled up on stage, laid prostrate on the ground, and then jumped over by several BMX cyclists in succession! 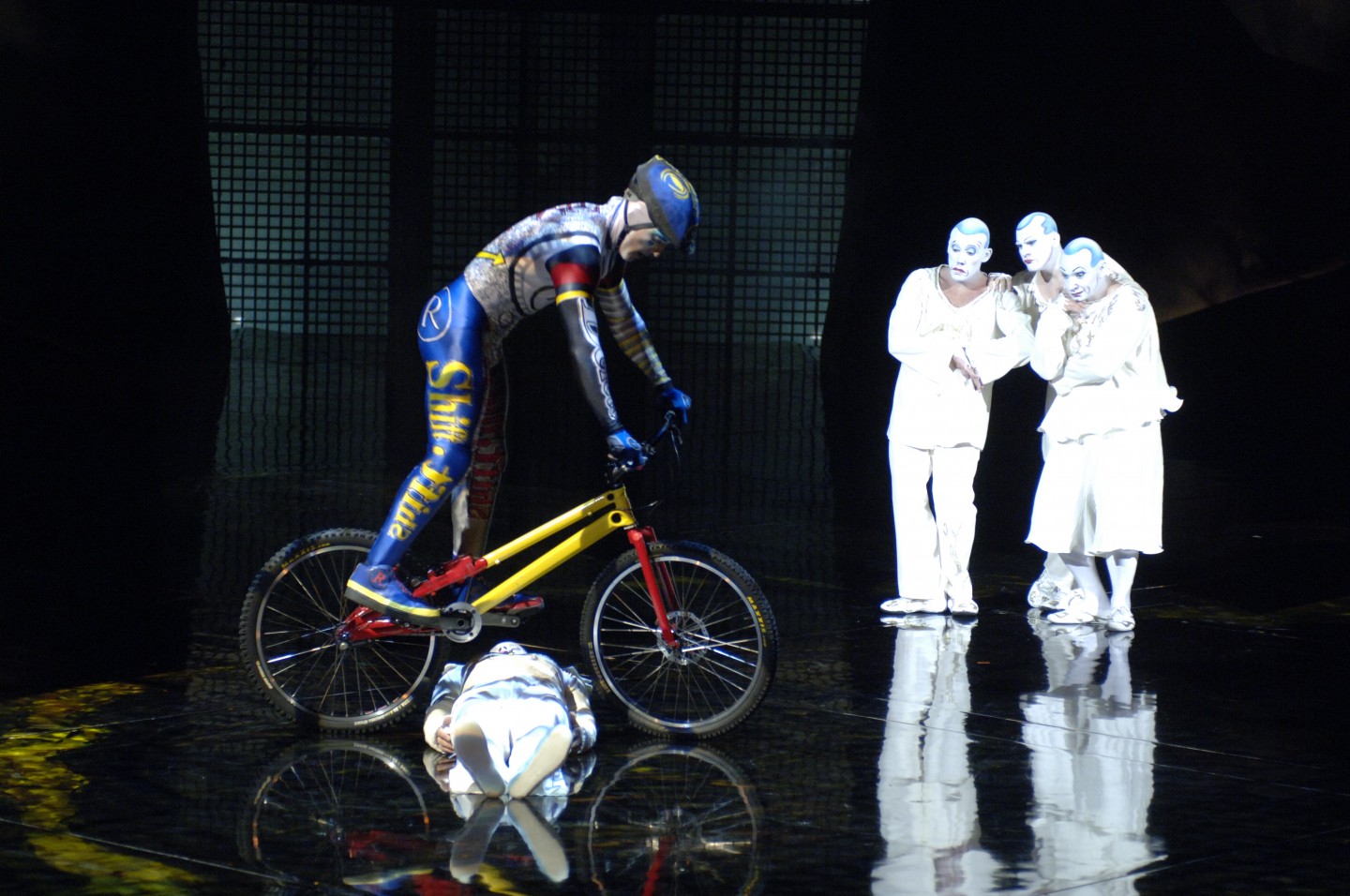 There was always something going on. Whilst the main act competes for your attention, there are half a dozen other characters on stage at the same time, all doing something impressive in their own right.

Due to the layout of the auditorium, effectively an elegant circus tent, and the stage (a semi-circle), each seat gets a prime view of the performances. There are no ‘bad seats’ and, as it’s a relatively small venue, everyone feels close to the action. 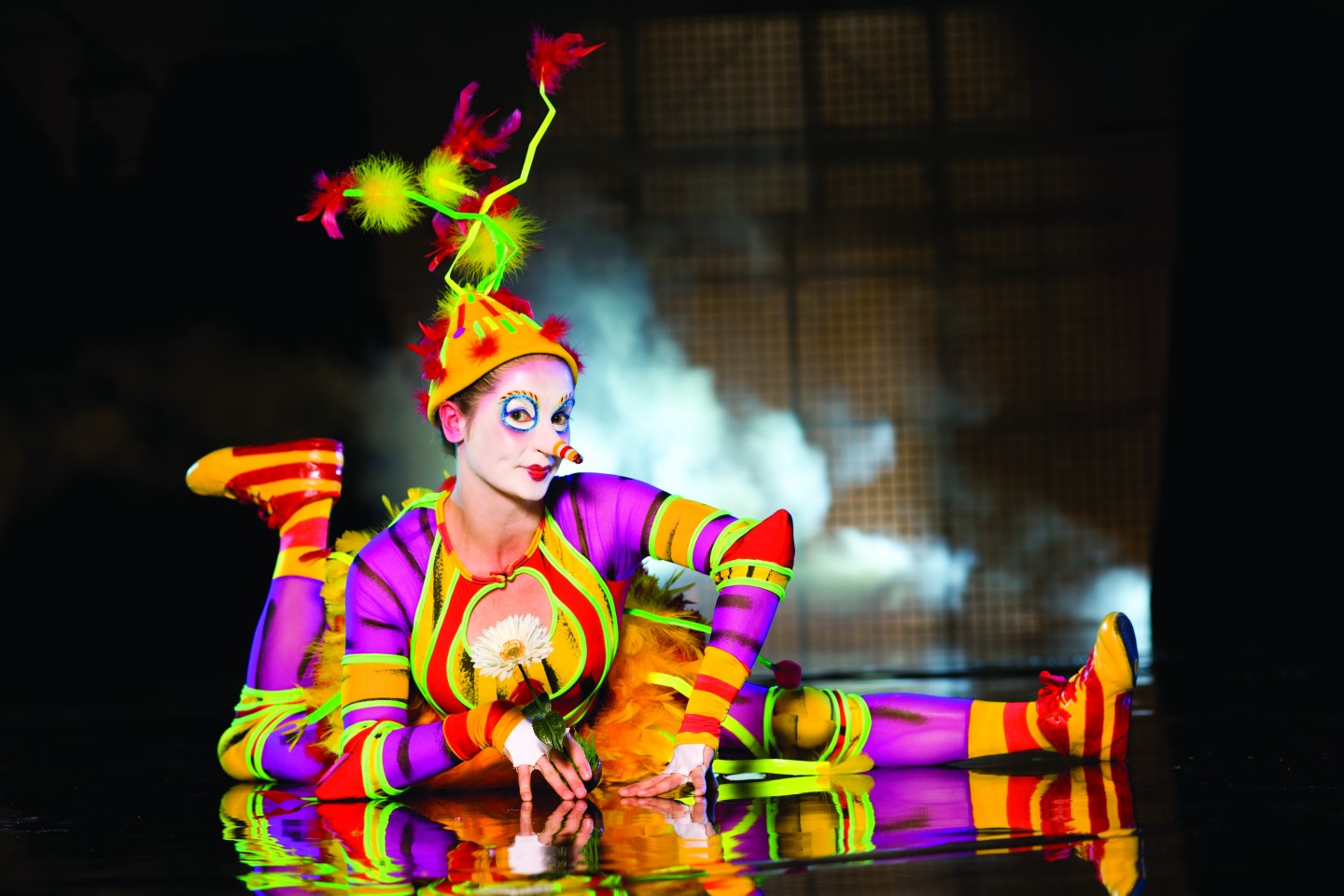 These are world class performers from all corners of the globe! There’s nothing amateur about any of the acts and all will end up impressing you and leave you asking yourself, ‘how on earth did they do that’! The hours and hours of practice and preparation that much go into each of these shows is staggering!

The lack of an interval meant that the show can build on themes and the tension without interruption. It kept Max’s attention the entire time and not once did I feel that it could do with a break to spread out the action. 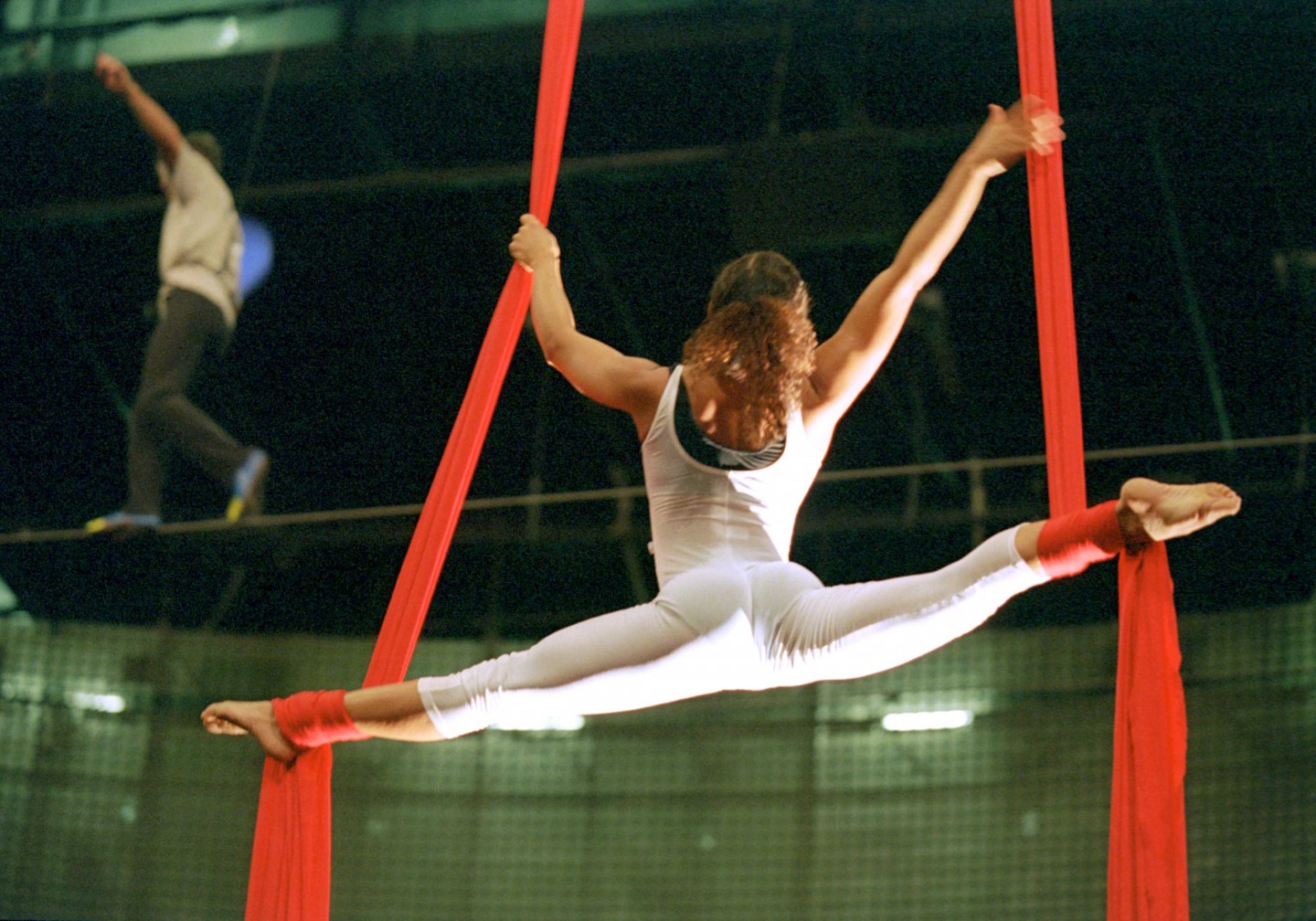 Being in Disney Springs, you would expect this show to be geared towards the kids as much as the adults. Some may find the slap-stick, non-verbal clowns a tad irritating but Max, however, thought this was hilarious and it was one of the stand-out parts of the entire performance for him.

I’d certanly recommend the show if you happen to be in downtown Disney Springs!

*two tickets to the show were gifted in exchange for an honest review. All opinions are our own.