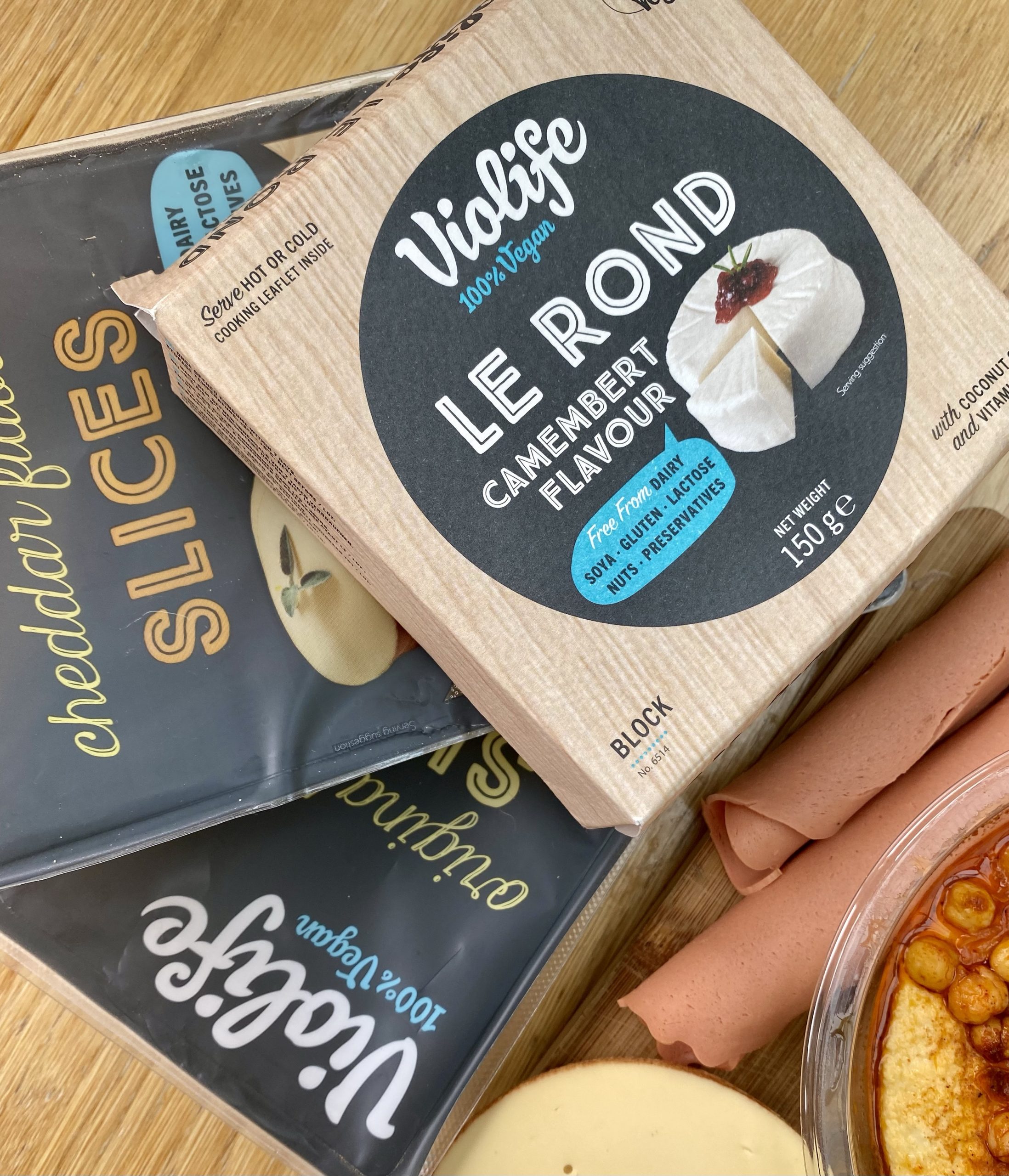 *ad – all thoughts and opinions are my own

In January 2017 I took part in Veganuary and really enjoyed it. I didn’t miss eating meat and wanted to carry it on. Dairy was something that I struggled with, so I decided to be vegetarian, because I just found that milk (or whey) was in just so many products that my family currently used. This wasn’t even very long ago, but I think even those five years, the time has zoomed on by and there have been so many advancements in vegetarian, and in particular, vegan food. There are so many things that there are now vegan or dairy-free versions on; it is amazing!

One thing that I didn’t see a massive range of back then was vegan cheese. Now you can get soft cheese, blocks of vegan cheese, grated cheese, and even a vegan Camembert-style cheese! Violife has a really great range and I have really enjoyed trying them out and testing them.

A block of cheese is such a winner, especially in our family. Whether it is to grate onto one of our vegan recipes or just to cut off chunks and pop in lunch boxes (or straight into mouths). There is no getting away from the fact that vegan cheddar doesn taste a little different to traditional cheddar. I really like the taste, though, as do the children, and even better knowing that it is made from coconut oil with added B12, rather than just cow’s milk.

Much like the block of cheese, the taste is good, and the slices are ready to go for things like sandwiches. Like with all of the cheese, I was surprised just how well the vegan cheese from Violife melted, so this was used on crackers and for good old cheese toasties. The smell is more mild than I found with the block of cheese, but the taste is good, albeit mild too.

You can get the original flavour in a ready to go bag that is gated. We recently got our own pizza oven outside and have loved making our own pizzas. Having the cheese grated and ready to go has been a big help. Of course, this could be used for anything, such as topping a jacket potato and so on.

I think this had to be my favourite of the Violife cheese that we tried. Similar to the original flavour cheddar, the slices are ready to go, but have a smoky taste to them, like you can get with a lot of dairy-based cheeses. If you didn’t know it was vegan then I don’t think that you would realise, when it comes to the taste at least. The texture seemed a little more ‘rubbery’ rather than ‘crumbly,’ but still, definitely my favourite. I loved eating it with chutney and crackers.

I was so looking forward to trying this, as soft cheeses like Camembert and Brie are my usual favourites. This was amazing! You can bake it in the oven or pop in the microwave, or have it cold. I tried a little bit each way, and baking it was probably my preferred choice. I did wonder about a vegan Camembert, but it works really well, with a tasty and subtle flavour.

All in all I am very impressed with the range of cheese available from Violife, and in most cases, you wouldn’t even realise that it was vegan. Some do have a slightly different taste or texture to dairy cheese, but I honestly enjoyed them (as did the family). I like how versatile the range is, as they melt well which I was sceptical about at first. Vegan or not, I think these make a great choice when you’re next at the supermarket, especially if you want to cut down on how much dairy you are consuming. And look how good they look on a cheeseboard?!

Have you tried Violife vegan cheese before? It would be great to hear what you think.