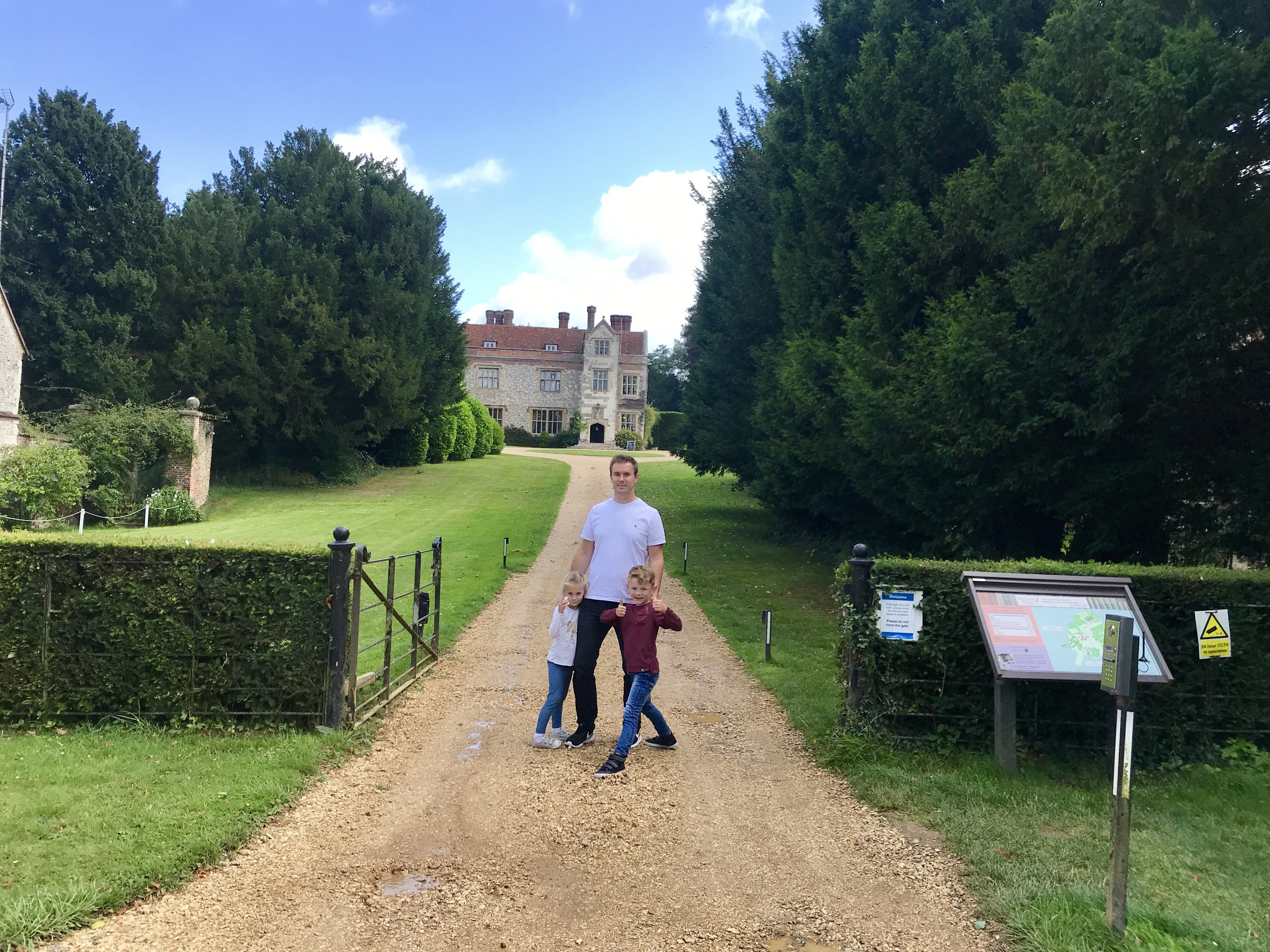 Disclosure: this trip was part of a press trip, so entrance to the attractions was gifted in exchange for coverage. All opinions are my own.

We were recently invited along to visit East Hampshire this past weekend, and as it isn’t somewhere that any of us have ever been before, we were looking forward to all that we could discover. But the question was, is this a good place for families to visit? Our day looked a little like this…

Our first port of call was Gilbert White’s House and Oates Collections Museum. If you find that you are a bit of an occasional ornithologist, you are likely to have heard of Gilbert White. I had never heard of him before, but after learning about him and his life, I can’t believe that I hadn’t until now! Gilbert White was a pioneering naturalist and ornithologist in England, where he was best known for his Natural History and Antiquities of Selborne books. To say he was a precursor to Charles Darwin is pretty accurate, so what he did from his studying of here he lived in Selborne is pretty interesting.

The house itself, that has been added onto over the years, is also home to the Oates Collections too, which is all about Lawrence Oates and Frank Oates, both pioneers and explorers of the world; the former chosen to be on the first expedition of the south pole, and the latter, Lawrence’s uncle, who travelled the world discovering and documenting nature and birds, and was probably one of the first ever people from Europe to visit African Victoria Falls.

When you think of a house and museum with children, things can go one of two ways; it can work really well with lots of hands-on things to do, or it can be quite dull for children with not very much on offer. I think that this house in particular is great for children.

For starters, the gardens are huge, so there is a lot to see and explore. I was also really impressed that there you get given a backpack full of things to help you explore outside, with things like bug catchers and a magnifying glass. Inside the museum/ house itself, there are so many hands-on things for the children in each part. There are puzzles to do, pictures to colour in, and so on. It really kept the children’s interest, and then allowed my husband and I to really take in the whole museum and read all about these three men and their fascinating lives. We really enjoyed it!

The details: Gilbert White’s House, The Wakes, High Street, Selborne, Hampshire GU34 3JH. Prices start from £5 for children over 5, £12 for adults (children under 5 are free). Check opening times, as they vary throughout the year.

Our next stop of the day was over to Chawton, just a couple of miles away from Selborne, to Jane Austen’s House Museum. Jane lived in a number of homes in her life, but this is the place where she lived for the last eight years of her life, as she was buried at nearby Winchester Cathedral at the end of her life. You get the chance to see what the house was like, the environment she would have lived in, such as sharing a bed with her sister Cassandra, as well as seeing the table that she sat and wrote at. The 17th-century house itself was owned by her brother Edward, who had been ‘adopted’ by the wealthy Knight family, and as a result, inherited the Chawton estate.

The home is beautifully preserved and the while thing is presented really well. You can watch a short video about Jane’s life, and then tour the house. There are a few different things to do, such as making a lavender bag and writing with a quill and ink, as well as dressing up, so that you can (and the kids can) get the feel of what life was like then. The weather turned really sunny, so we were able to get outside and explore the gardens, as well as play with the garden games; the children loved it.

The details: Jane Austen’s House Museum, Winchester Road, Chawton, Hampshire, GU34 1SD. The prices are £9 for adults, £4 for children, and under 6s are free.

Just down the road from Jane Austen’s House Museum (walking distance away), is Chawston House, another house from the Knight family estate that Jane’s brother inherited. So it is imagined that Jane spent a lot of time here, as it would have had more space and be quieter than her home shared with her mother and sister. I think this was probably one of my favourite things that we did on the day; it was really fascinating.

The house was really fascinating, and we were lucky to have a tour guide to show us round and hear all about the history of the house. It just really fascinates me how they lived back then, and then how the house was passed down from members of the family. One of the best things was a visit to the library, as there are some books in there that are thought to only be found in Chasten House, and there are some original copies of Jane Austen’s books.

Another big selling point is the gardens, as they are huge. There is also a trail to follow too, which is great for children, as there is a little less for them inside the house. There is a church just down the drive too that you can visit, and it is home to the graves of Jane Austen’s mother and sister, so Chawton really is an important part of all things Austen.

The details: Chawton House, Chawton, Alton, Hampshire, GU34 1SJ. The prices start from £10 for adults, £6 for children, and under 6s are free.

Our final visit of the day was to Hinton Ampner, which is a National Trust property and garden (we are already members of National Trust so popped in for a quick visit). Every day until 8th September, you can bring little ones along for a summer holidays trail based on life inside the original Tudor house which once stood within Hinton’s grounds. The trails cost £1 per child, plus the normal admission price of the property, but no booking is needed. So good if you want to visit, that can be something fun to do over the holidays.

Have you ever been to East Hampshire before? It would be great to hear what you think. We had a fun day out, and I can say that East Hampshire is definitely a good spot to visit with the children.