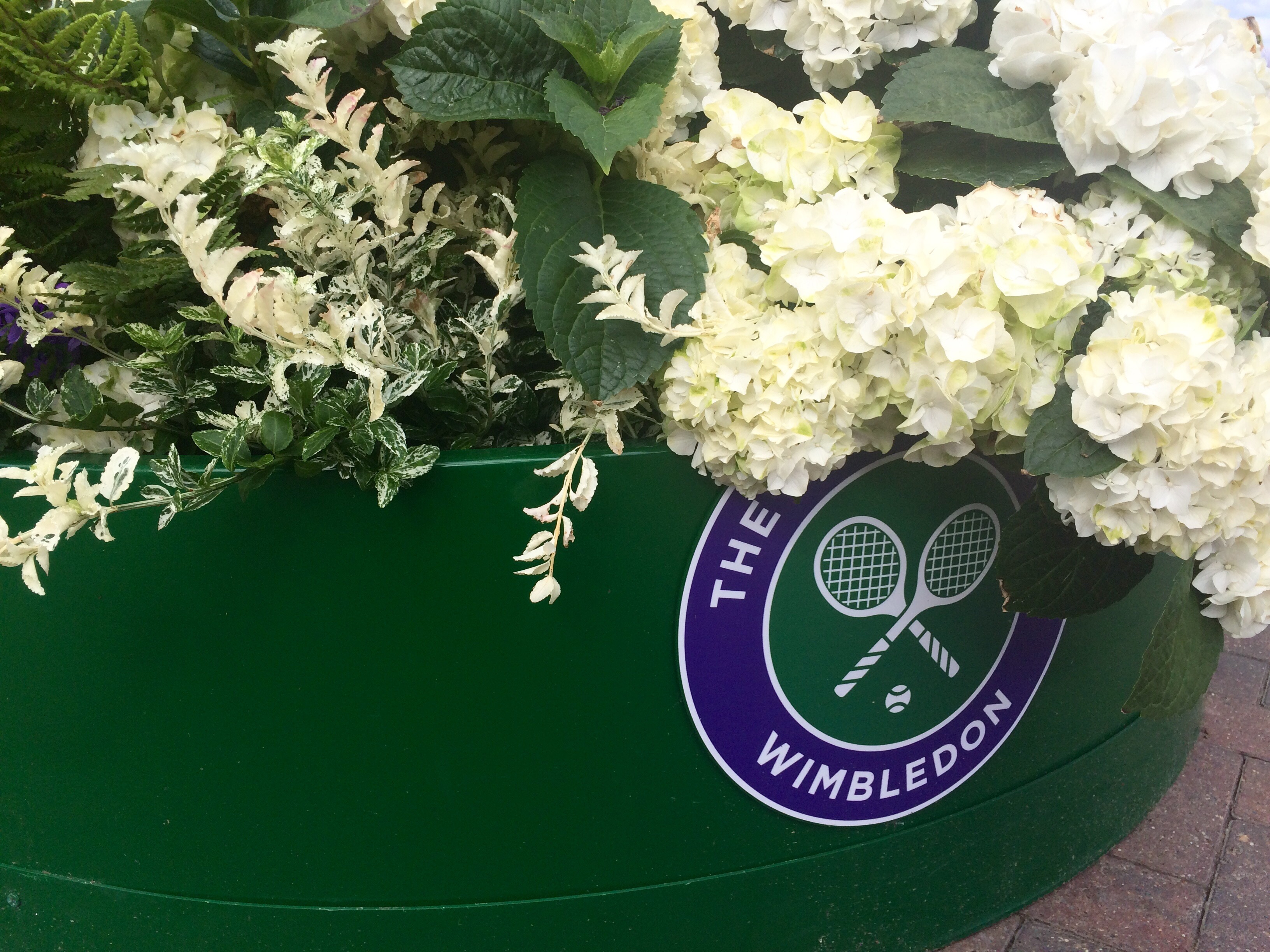 Last week I ticked something off the bucket list; I went to see the tennis at Wimbledon. It is definitely something that I have wanted to do for a long time, it is such a British institution, and takes me back to my tennis days at school. Plus, as patron of the All-England Club, I did have hopes of seeing the Duchess of Cambridge herself. She wasn’t there on the day we went, the men’s semi-finals, but it was an amazing day nonetheless. 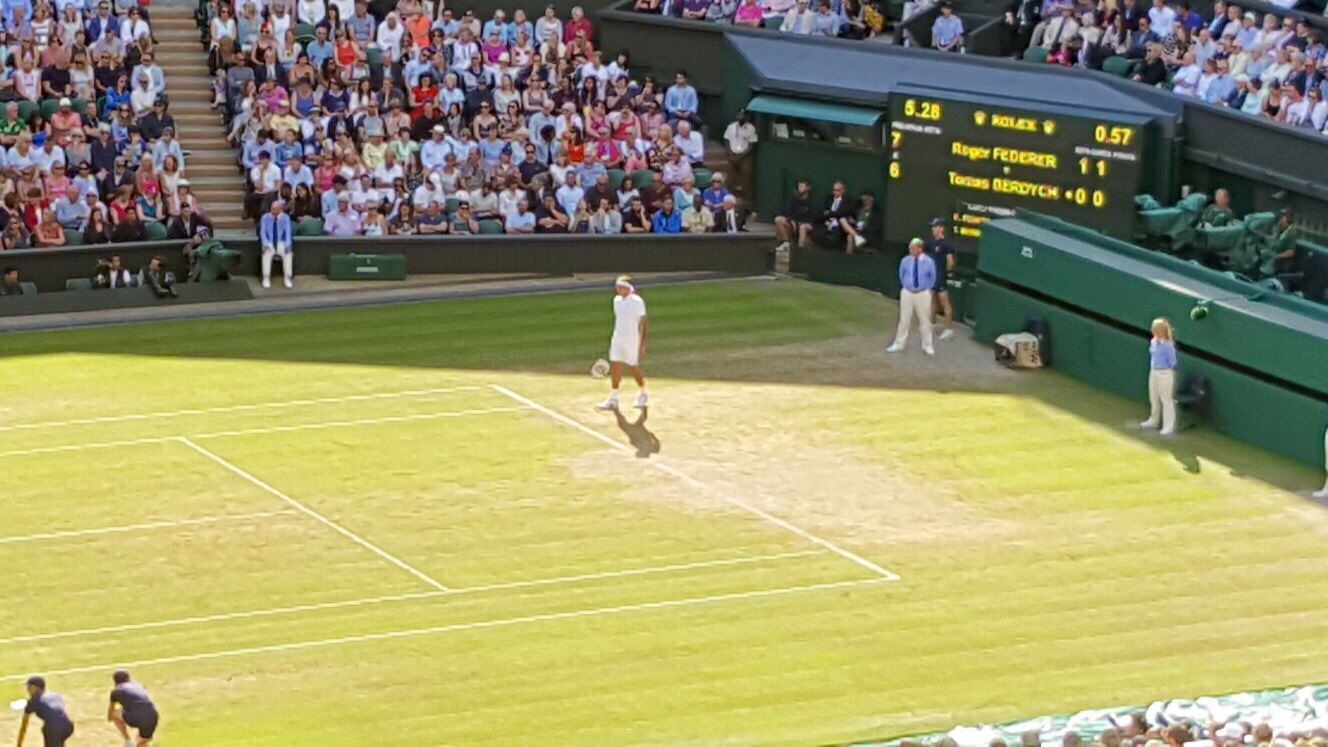 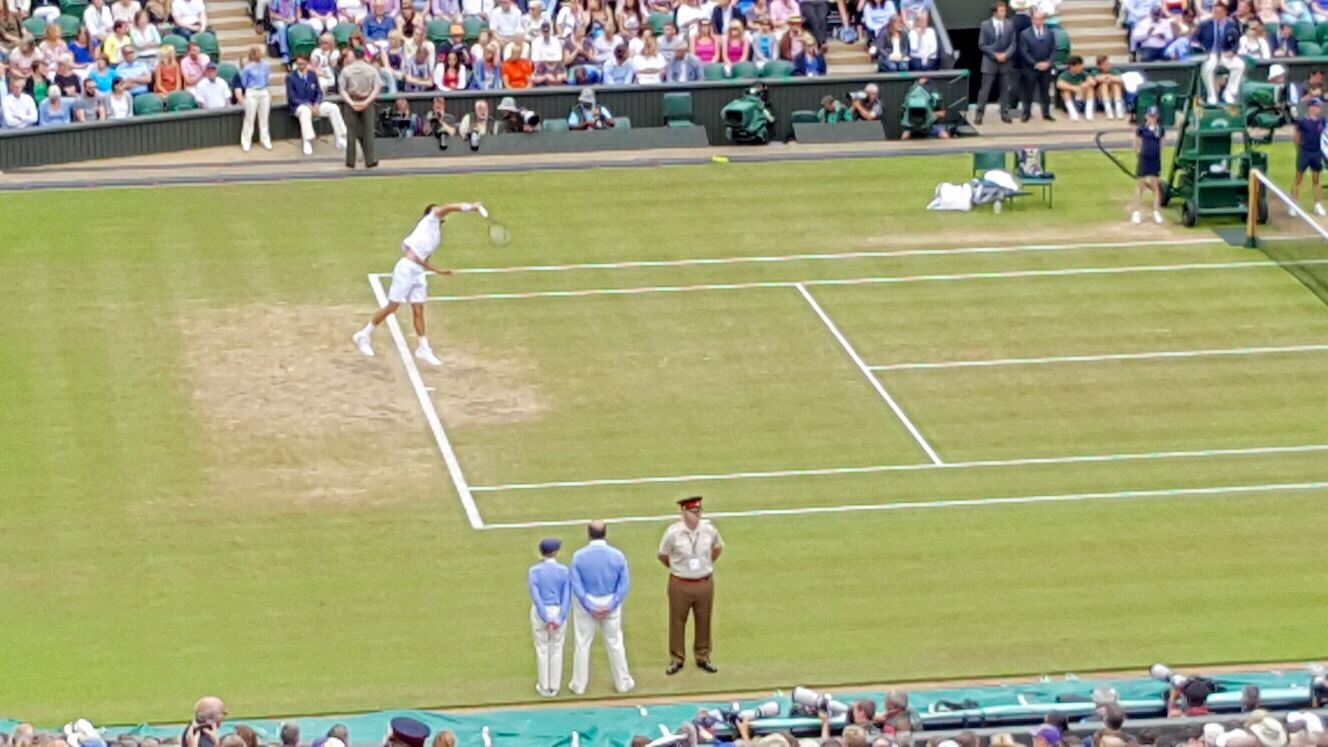 The first thing I was impressed by was the atmosphere – it was really buzzing, in the most British way! 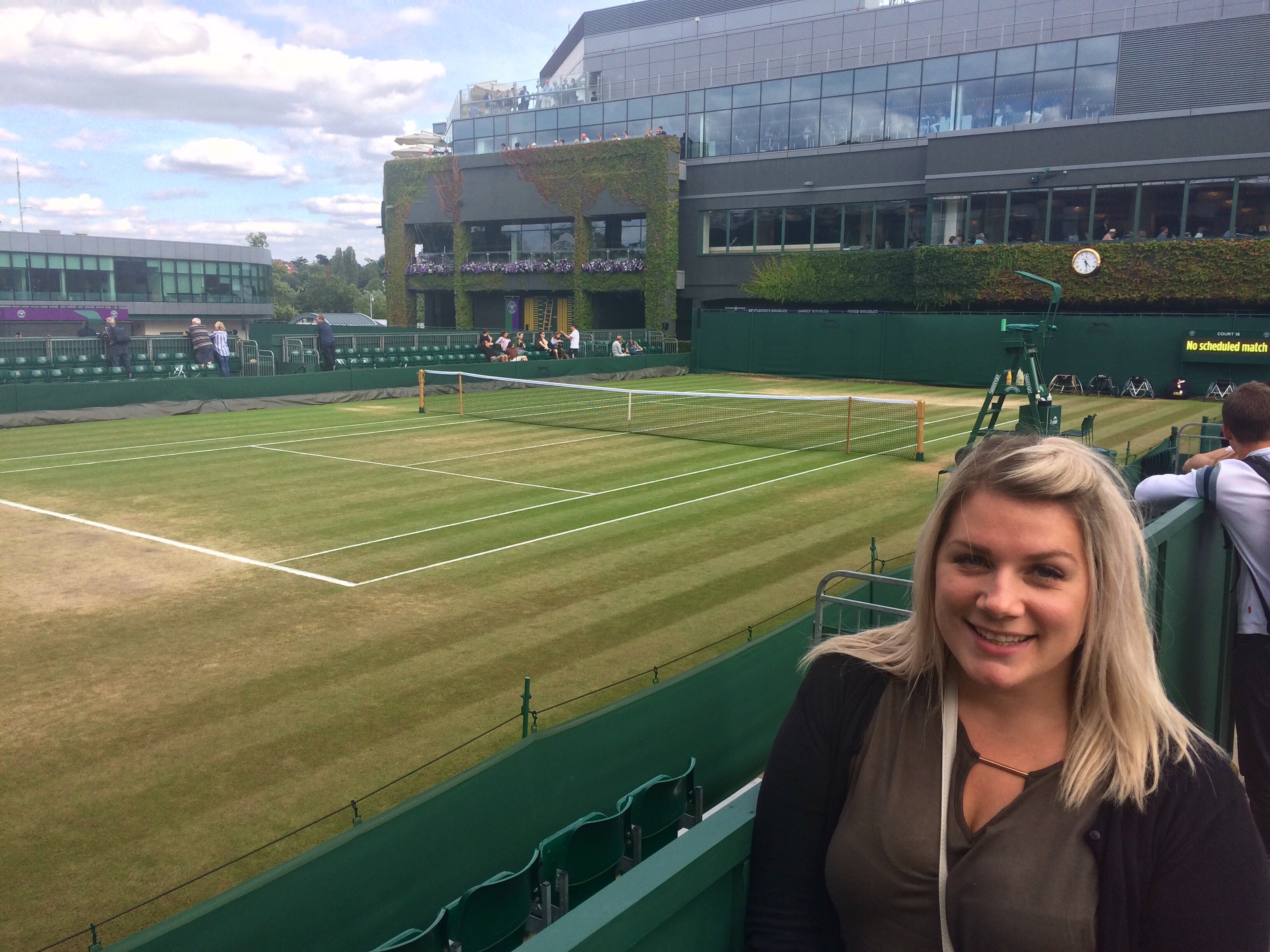 So if you ever just wanted to get ground tickets to have a mooch on Henman Hill, then I think it would be totally worth it. Plus, the smaller courts don’t have assigned seating, so you can see as many of those matches as you want. 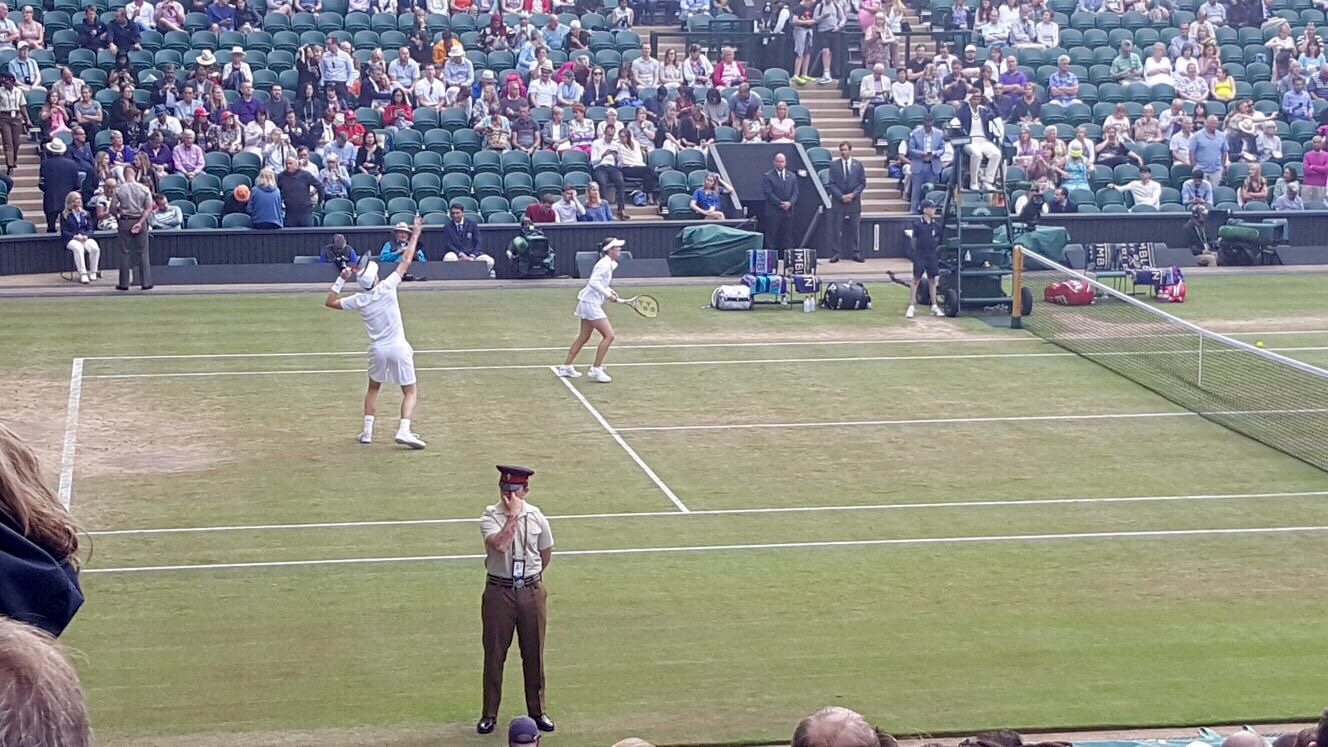 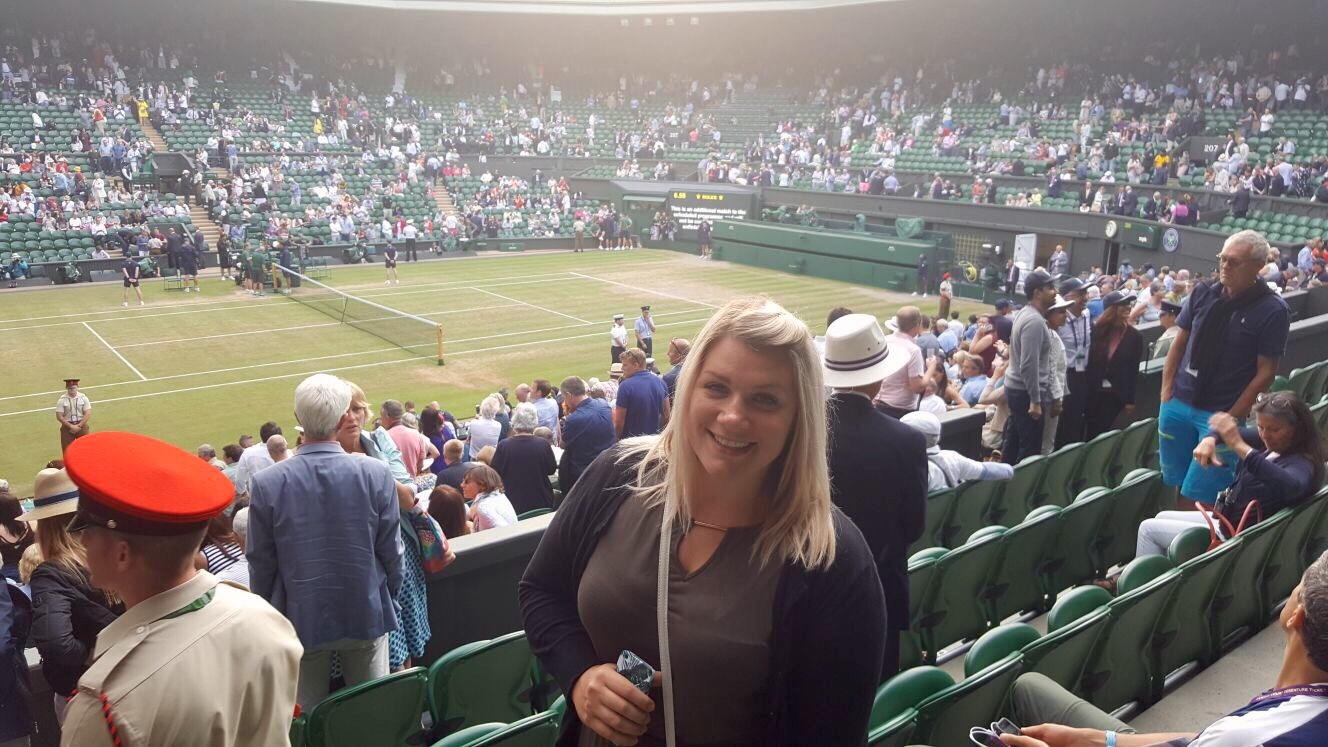 There are several shops and stalls set up, as well as plenty of place to get food and drink. It wasn’t ridiculously priced either (more than your average supermarket, of course, but not crazy prices). It was fun to just wander around to start with and take it all in. We had centre court tickets, though, so I was really excited on the day and we were in our seats half an hour before it all started. It did not disappoint. Even though our seats were quite far back, the court itself isn’t huge, so you still get a good view of the place, and see everything that is going on on the court. The matches, Querrey vs. Cilic, and Federer vs. Berdych, were all brilliant. Both closely played, so my heart was in my mouth on more than one occasion!

One thing that really surprised me, though, was the number of people asking how we got tickets.

Yes, there are some sold to the public (but they tend to go for thousands of pounds). The other tickets, like ours, are allocated through the Wimbledon Ballot. When I started explaining this to people, only a handful had actually ever heard of it. So if you’re keen to be at Wimbledon next year, then the ballot has to be worth a try. However, applying doesn’t guarantee you a ticket. But you don’t pay for anything unless you are assigned tickets and you want to go on the date they have given you.

We applied in early September.

You have to get a good old paper application form by sending in a stamped, self-addressed envelope to the following address:

This was correct as of applying last year, for this year. Make sure you check before posting anything! The forms last year were available from 1st September, so I imagine it will be a similar thing again this year. You can apply for forms right up until December too, so you should have plenty of time.

The application form is the posted back to you, and you then fill it in and send it back. After that, you just wait to hear if you’ve been successful, around February time. You are told the kind of tickets you could get, along with the price and the date. If you’re happy to go ahead, then you pay online or send a cheque, and you get your tickets sent in May. I think we did get lucky with our first ever ballot entry being the men’s semi-finals, but typically, Murray was out! They were both amazing matches, though!

Have you ever been to Wimbledon before? I’d be interested to hear if you knew about the ballot too!