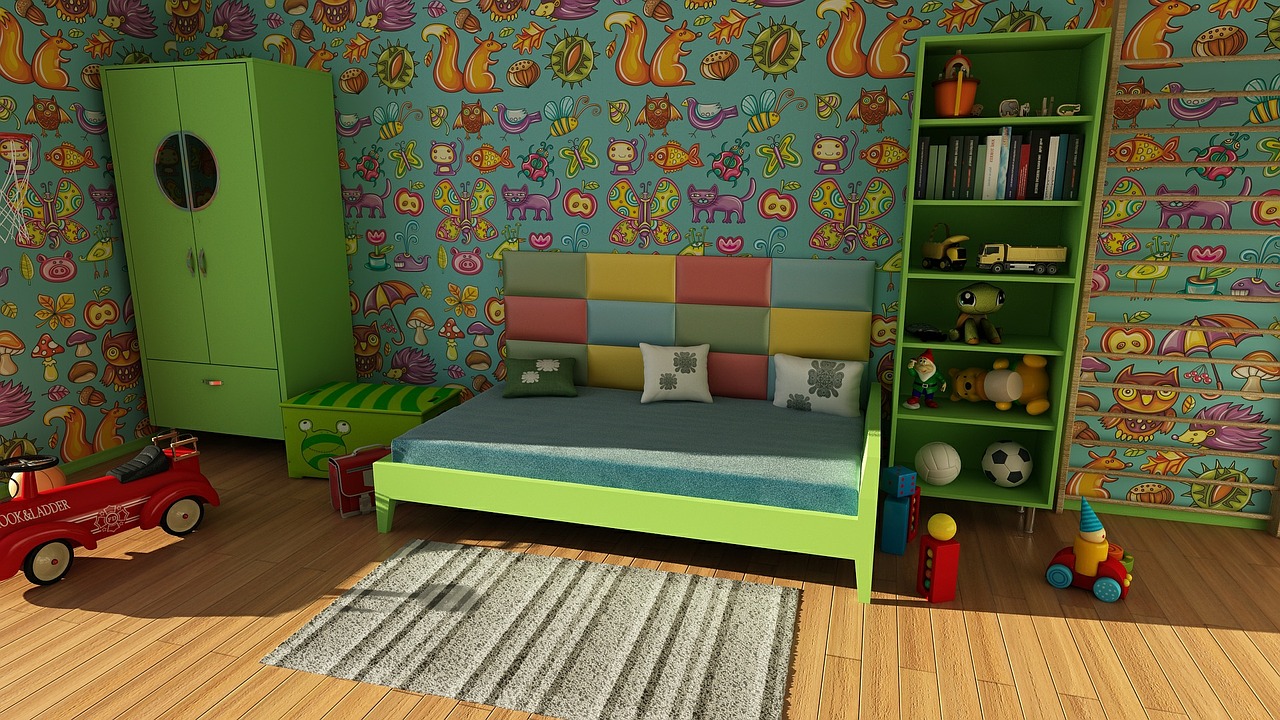 When it comes to kids’ bedrooms there’s this ongoing debate about how best to approach the decoration. There are two distinct schools of thought on this subject and they both have their pros and cons….

The first approach is to keep things cheap and cheerful. The thinking behind this position is that with children of almost any age, accidents will happen. This means that there’s really not much point in investing in anything too expensive. It’s far better to have inexpensive items that you and your child won’t have to be too careful around and that can easily be replaced if needs be. For instance, a basic, neutral carpet does the job of insulating the floor, ensuring comfort and providing a soft surface to play on; but at the same time, it won’t be utterly ruined if that pot of bright orange glitter paint gets slopped all over it! Even if the stains can’t be scrubbed out then it can easily be replaced. And of course, there’s the constant threat of the classic misdemeanour: drawing on the walls! This isn’t a major problem if you have simple neutral walls that can be given a quick lick of paint.

They’re only young once

The second camp takes the opposite perspective and the idea here is to go all out with the bedroom decoration. Create a spaceship theme… a princess’ castle… a pirate ship… whatever the children most love because they’re only young once. Childhood is over before you know it so you might as well just indulge them and enjoy it all while it lasts.

Of course, this is a lovely approach but it does come at a cost. Children can be extremely fickle and what’s all the rage one month will be old news the next. That pirate ship theme, for instance, might soon have to be replaced with a racing car theme, and the more a child becomes accustomed to being indulged like this the more they’re going to expect it. Not only that, but even the most grounded and appreciative of children grow out of things fast. They outgrow themed wallpaper and bedding psychologically and they outgrow dinky chairs and little beds physically.

The best thing really is to take a moderate line and strike a balance between the two. Yes, it’s boring, but the most sensible things in life usually are! Always trying to think of the long term picture is a good way to avoid having to make constant replacements. Go for timeless decoration and furniture that will cover them for many years such as a three quarter bed that can take them all the way from four to fourteen. Indulge their penchant for horses or dinosaurs by all means, but do so in the form of nice framed posters that don’t cost the earth rather than pricey wallpapers, expensive curtains and designer duvet covers.