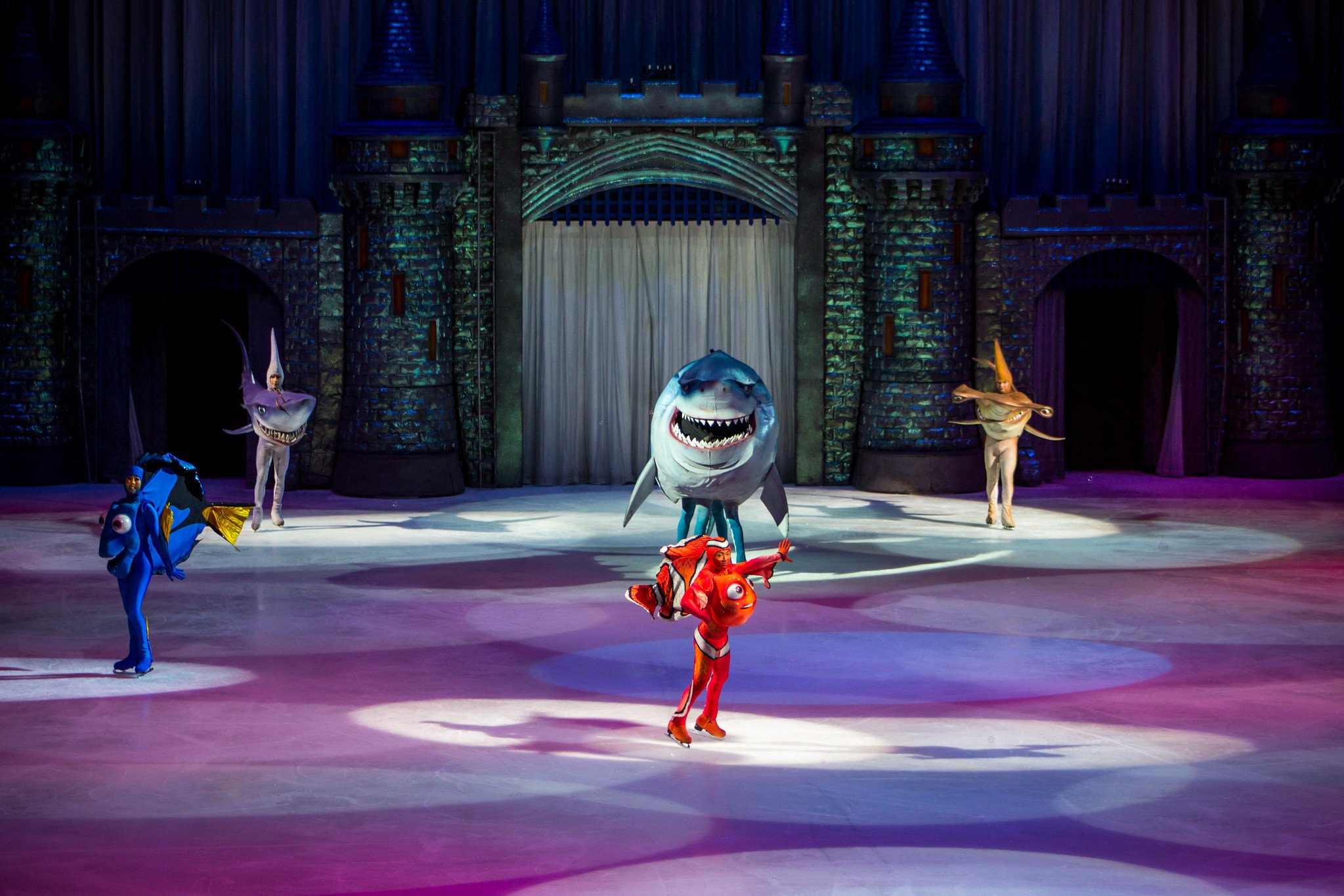 This past weekend my family and I had the chance to go and see Disney on Ice at the SSE Arena in Wembley. I have wanted to go to the show for a while now with the kids, as I knew they would love. It certainly did not disappoint! It really does bring the magic of Disney right in front of you, and from a different perspective, telling the stories through music and dancing on the ice. It definitely left me feeling ready for the festive season.

I have also never been to the SSE Arena in Wembley. I have been to the stadium before, right by it, but never the arena, so it was great to see what it was like as a venue. The SSE Arena in Wembley is proudly sponsored, as the name suggests, by SSE, and one really cool feature that we got to experience, was all about the SSE exclusive customer benefits that you can make the most of at the arena, next time you’re heading there for an event; their #SSEReward.

#SSEReward is just for customers, and it gives a range of great benefits, from early access to tickets before they go on sale to the general public, as well as different experiences at their arenas, like the lounge and competitions. The good news is the the pre-sale tickets are for things going on all around the country, not just at the two SSE areas in Wembley and Glasgow.

Some other good news is that it doesn’t cost a thing for SSE customers to join the reward programme; it is their way of saying thank your being a customer with them. So if you have phone, broadband, or energy with them, or are thinking of switching, what are you waiting for?

As part of the experience we were able to use the exclusive VIP entrance that is just down the side of the arena building, on Lakeside Way. As it is just for SSE Reward customers who are going to the SSE Reward Lounge, it was really chilled and much quieter than the standard entrance for the arena. We had four little ones with us so it did make such a difference to the experience as we didn’t have to stand in long queues or go through security amongst the hustle and bustle. If you are an SSE Reward customer who has pre-booked, then you can use the entrance too; all part of the experience.

The lounge itself isn’t huge, but there are plenty of places to sit, as well as places to charge your phone, a bar to get drinks and snacks, toilets, music, and activities for the children. They were each given a colouring pack and activity book to do before the show. It made for such a chilled out experience. Plus, you can get in the area before everyone else, so you can make the most of the time there. The SSE Energisers, the team working there, were great as well, answering any questions that we had. They were friendly, polite, helpful, and great with the children, which was fantastic. I think it is great that you can use it for free if you are an SSE Reward customer!

If you are Reward customer, then when you are booking tickets via SSE Reward, remember to book the upgrade (which is at no extra cost), so that you can get into the lounge. You can do this at the point of purchasing the ticket,though if it doesn’t come up as an option, it could mean the lounge is fully booked already. It can be worth asking an SSE Energiser on the day, though, as there may be space after all. I’d definitely recommend doing that, as the whole experience was stress-free and much more enjoyable than being stood in long and busy lines.

As for the show itself, it was really good. The children really enjoyed it and loved seeing their favourite characters right there. The ice element is really magical, and I think Frozen was the best part. They told the story on the ice, and even made it snow in the arena; really magical. I don’t think that you can beat Disney when it comes to entertainment and fun for the family.

Have you ever been to the SEE Arena in Wembley before? Have you seen Disney on Ice? It would be great to hear what you think.

*this is a collaborative post with SSE. All opinions are my own, and I would only recommend something that I would use myself.