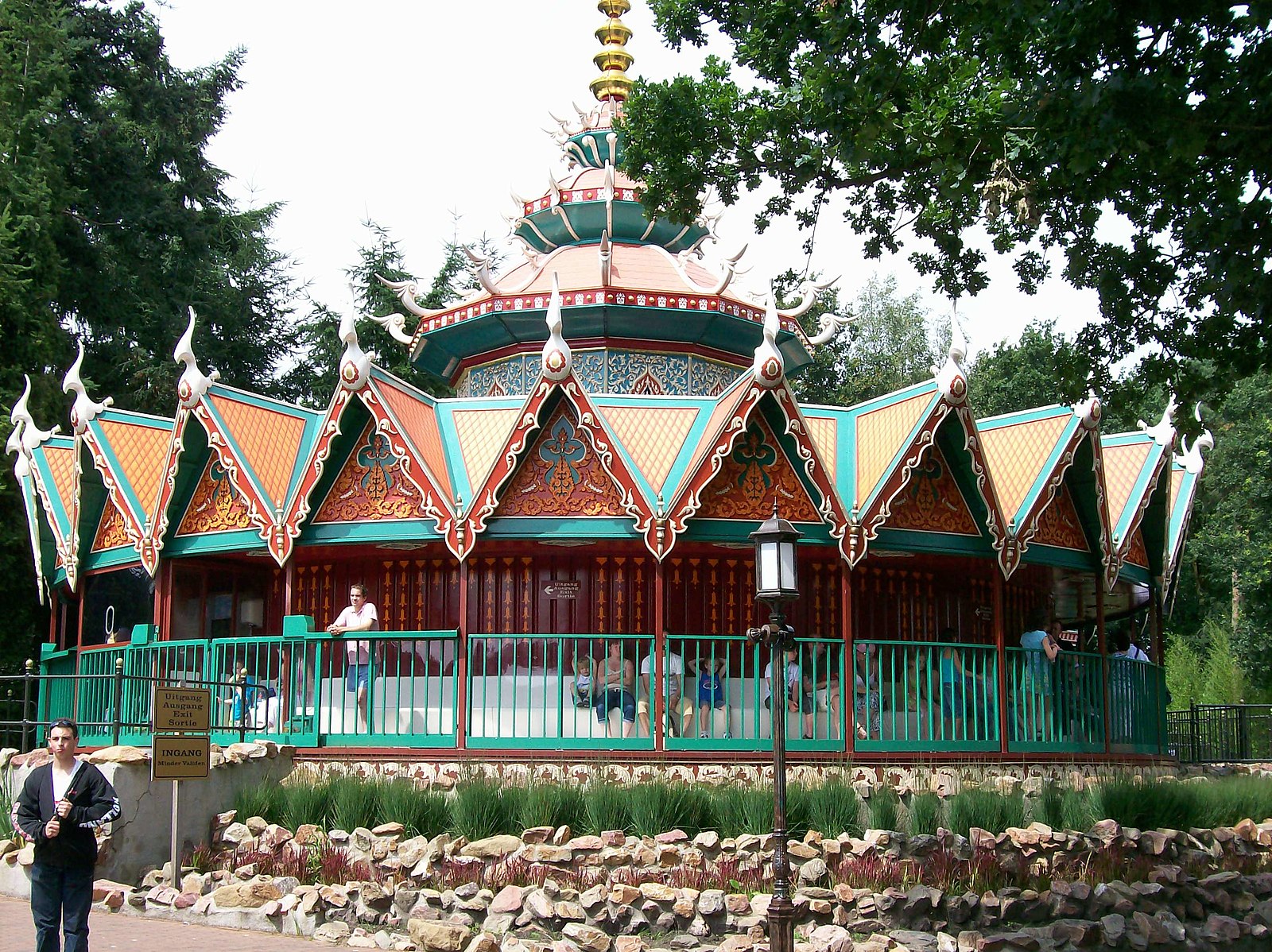 On our recent trip to the Netherlands, we got to experience something that none of us had done before. We went to the Efteling theme park based in Kaatsheuvel, about an hour and a half south of Amsterdam. I am kind of baffled as to why I had not heard of it before, as it is a great spot for all of the family, and in reality, isn’t that far away from us (two and a half hours drive from Calais, and the Eurotunnel is only 35 minutes). So here is what we got up to, what we thought, and my tips for sending the day there.

First of all, I just thought I’d let you know where we stayed. Though the park does have a hotel of its own onsite or nearby, as many theme parks do, we stayed in a local hotel, the NH Waalwijk Hotel which was located only a five minute drive from the park. The location of the hotel was great, and the it was a great place to stay, with a fantastic variety for children. So if you are planning on a trip to Efteling, I would recommend it as a place to stay.

Now, on to the theme park. An important point to note is the theme of the theme park; it is very fairytale based with a definite Magic Kingdom vibe, but more of a classic fairytale feel, rather than bright colours and a magical mouse. One of the first points at the entrance to the park is the fairytale woodland. While everyone joined the queues for rides first thing, we thought it would be best to see the woodland first. 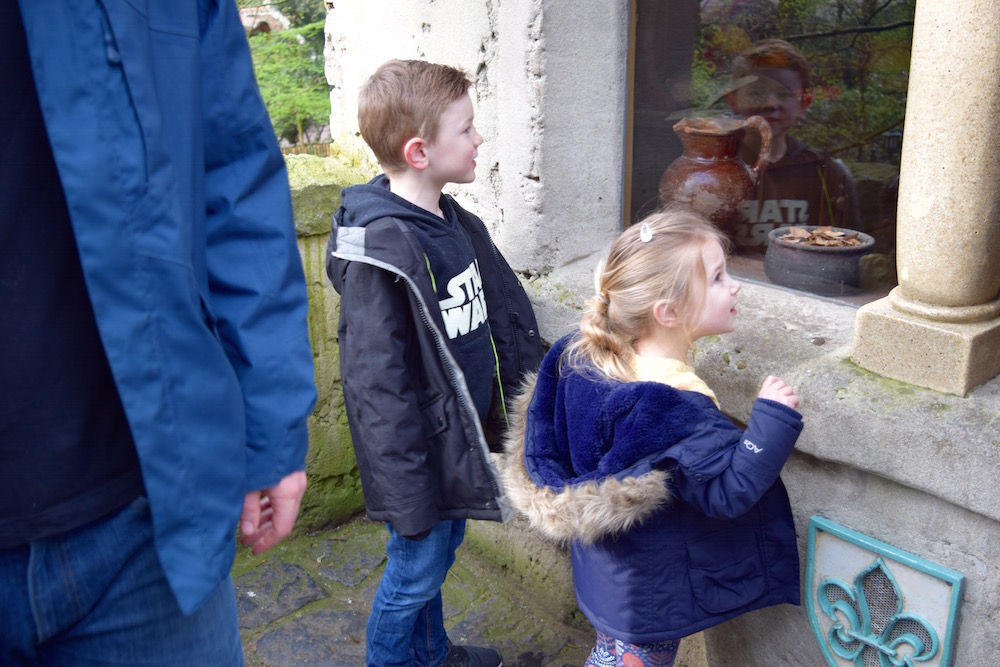 You walk through and see a variety of different fairytales set up. What was fun for is was that there were some fairytales that must not have made it over the channel, Langnecken or the Little Match Girl, anyone? The children loved seeing the little displays, many of which were interactive. 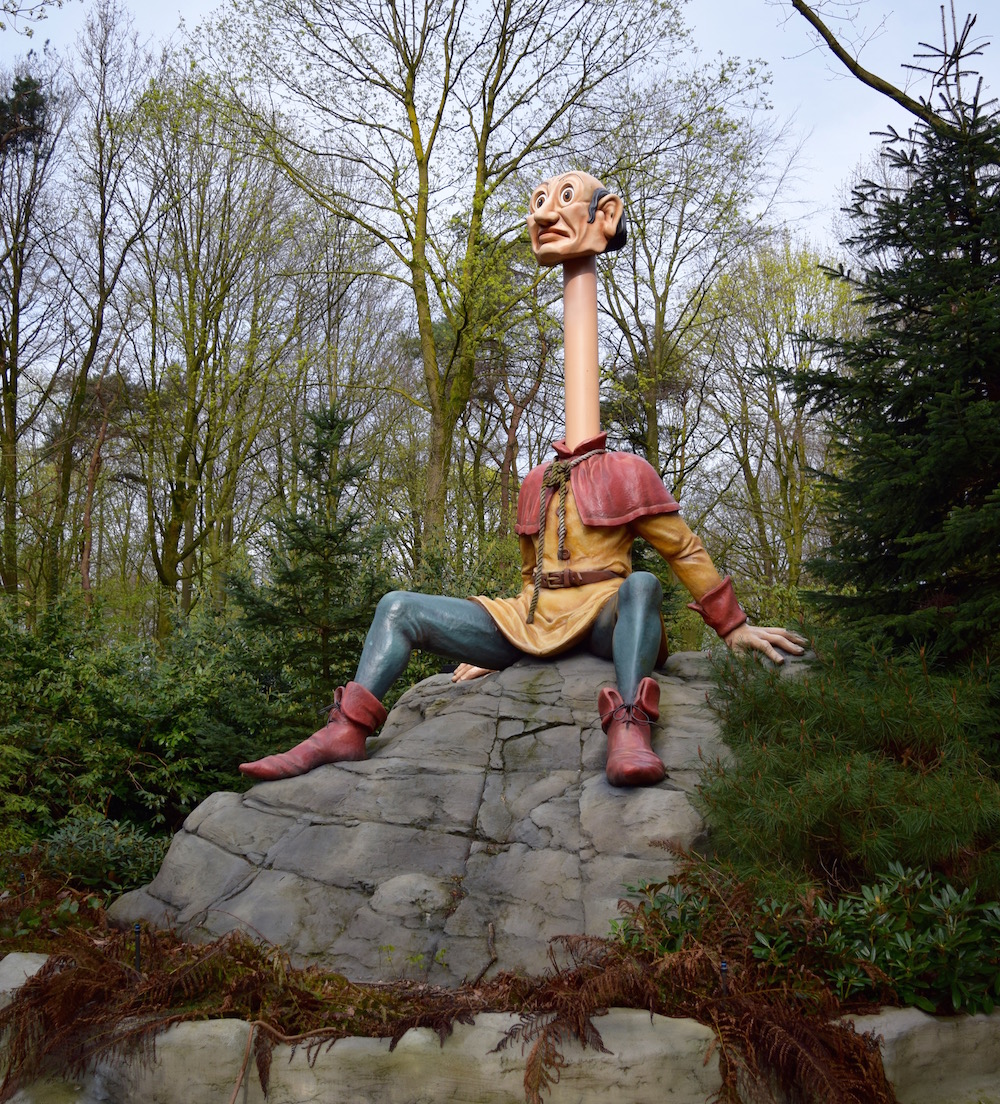 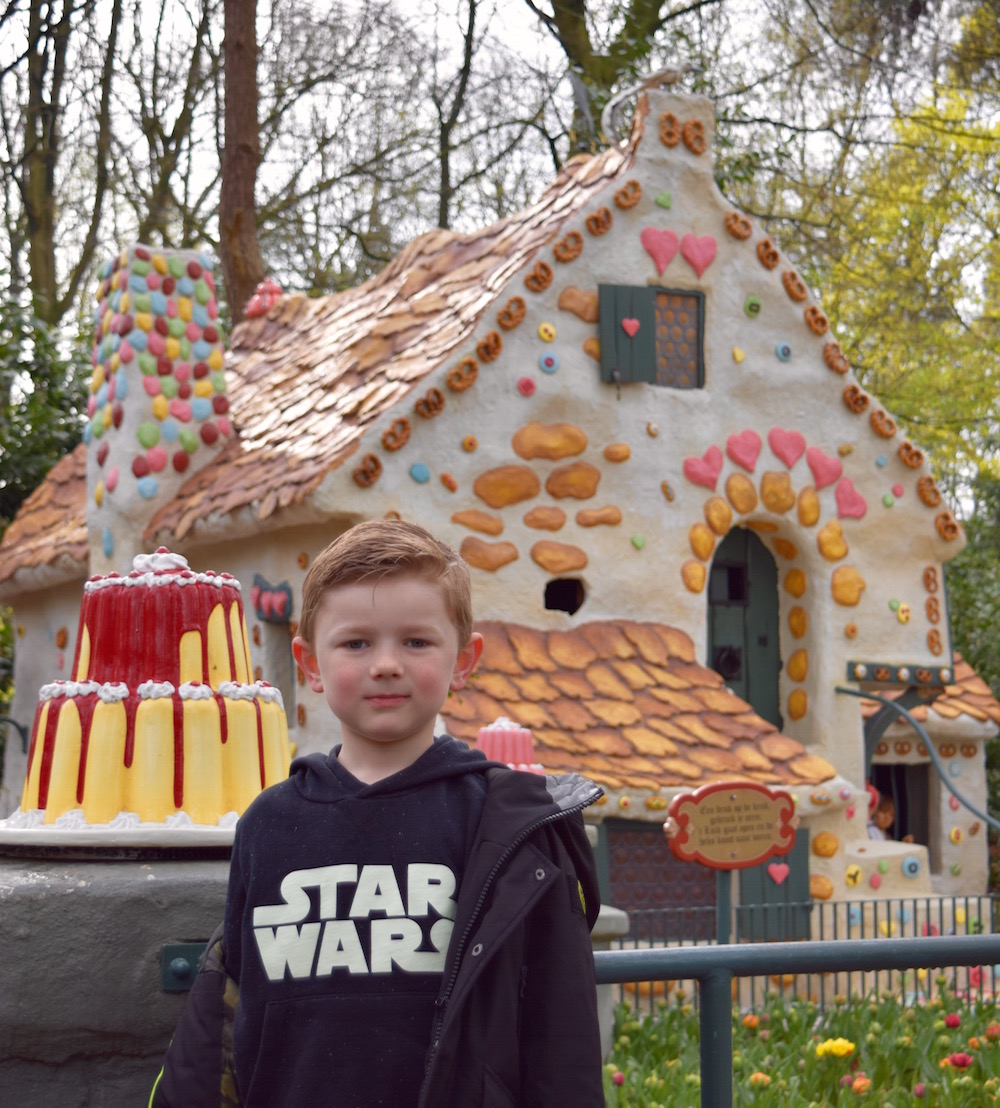 The magical thing about the Hansel and Gretel house is that the whole place smelt like sweets and cookies. The attention to detail in the park was really stunning. 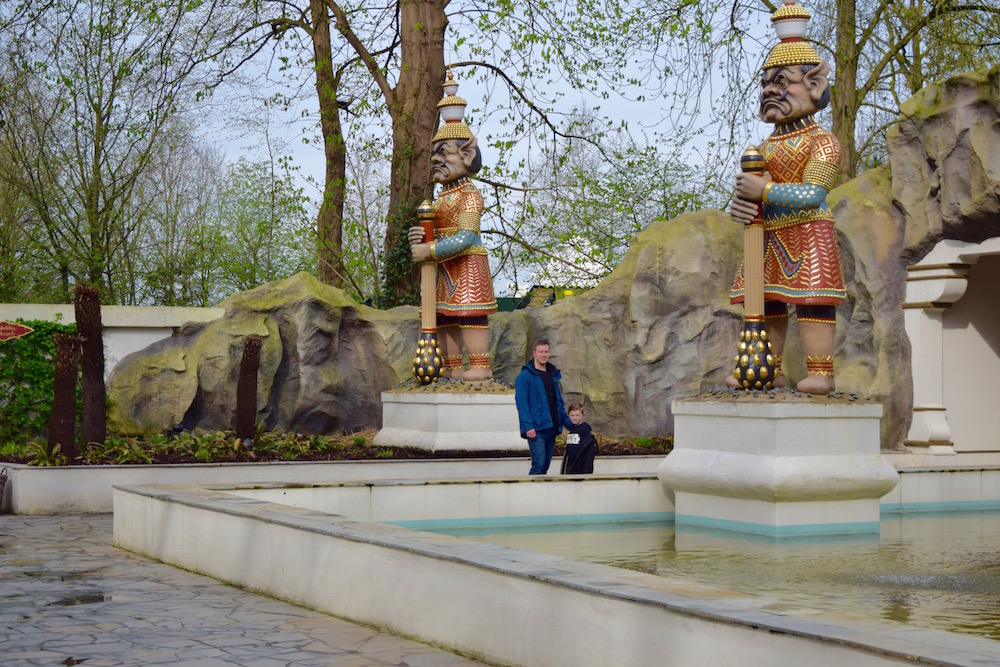 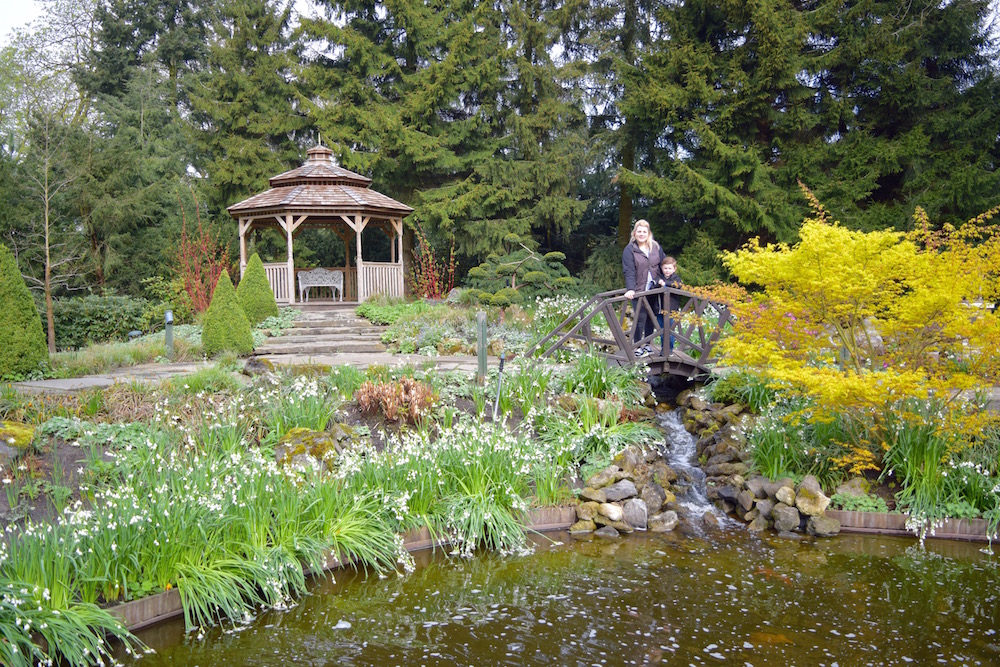 The parks much bigger than I imagined it would be, with plenty of land and gardens to explore. It didn’t feel overcrowded or busy, compared to when we were walking around Disney in Orlando this time last year.

Of course, after the fairytale woodland area, we were on to having a mooch around and finding the rides. I was impressed at the variety, though it did feel like there were more suited for younger children which was a real novelty. When we were in Florida last year at the Universal theme park, even the kiddie rides in the Dr. Seuss land were all ‘too big’ for Chloe, when she was three at the time. There were many rides that had young children on and even babies. So I definitely think it is a good option for a theme park if you have little ones.

There were ‘medium’ sized rides for those that like a little adrenaline rush, think pirate ships, smaller rollercoasters, and haunted houses. There were big rides too, with several large roller coasters and the ‘loop-the-loop’ style of rides. For some of the larger rides, they were’t running due to maintenance, so it meant that the queue lengths for the larger rides are a little longer. That being said, you can check in advance on the website what the closures are going to be, and there are single rider options. 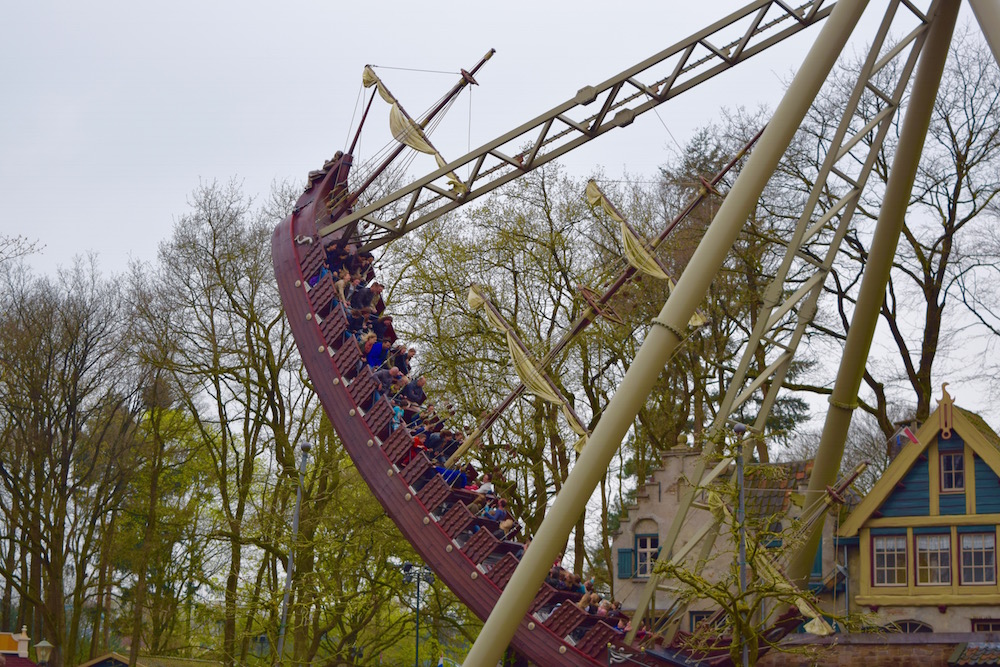 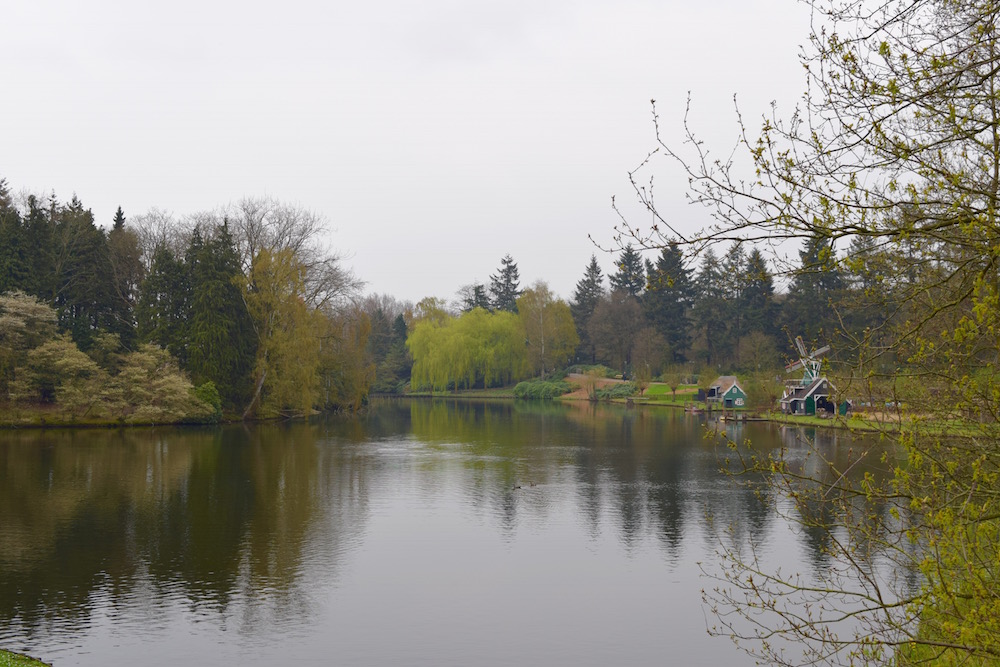 I mean, just look at these views! It is such a pretty place, with boats that can be taken out onto the water, as well as a train around the park.

There are so many different places to eat and drink in the park, with some smaller food carts, to  larger restaurants. There are plenty of dessert places to eat, or places to gran stroopwaffles or pancakes. We grabbed a pancake just before we left for the day at the Polles Keuken pancake house. Though it is a little overpriced for one pancake, it was an amazing atmosphere with the whole place set up like a magical kitchen bakery. The pancakes were pretty tasty too!

For lunch we had a sit down lunch at the Panorama restaurant. There are two options there; you can sit and east a la carte or go through the self-service. We chose the latter as there looked like more options, and they had children’s meals in a Happy Meal style box with a toy for the children. I had a salad (so refreshing to get things like that in a theme park)! And Mr. U went for a satay chicken, rice, and vegetables dish. It was good food, good service, and a nice clean environment with plenty of seating.

There is a restaurant called the Octopus which serves pasta and salads, and did have people recommend that one too. I was just glad to find places that weren’t all about the burger and chips! The prices were reasonable, and including drinks, it was under €30 for all four of us to eat lunch (and the hubs got an apple pie too). 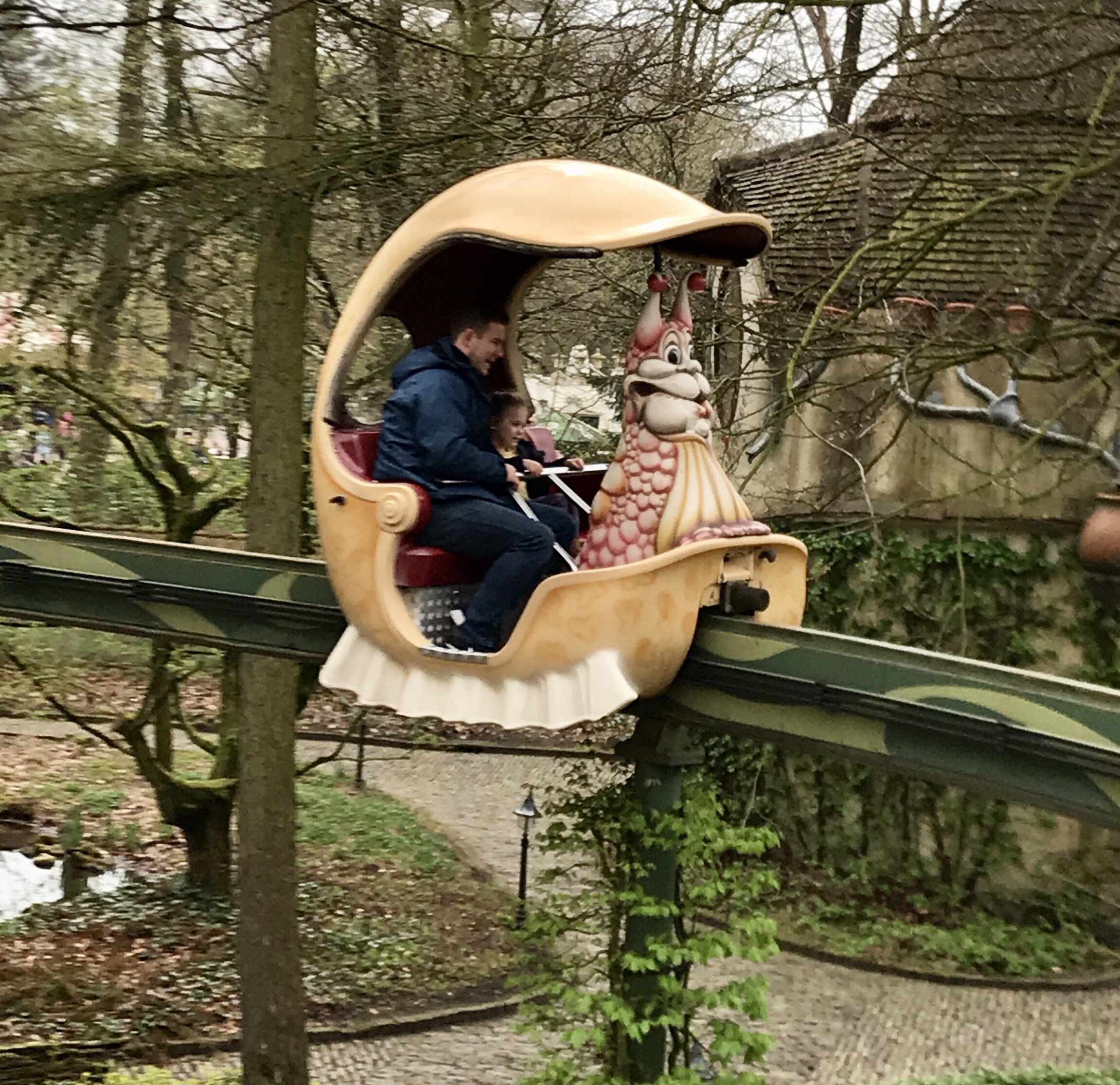 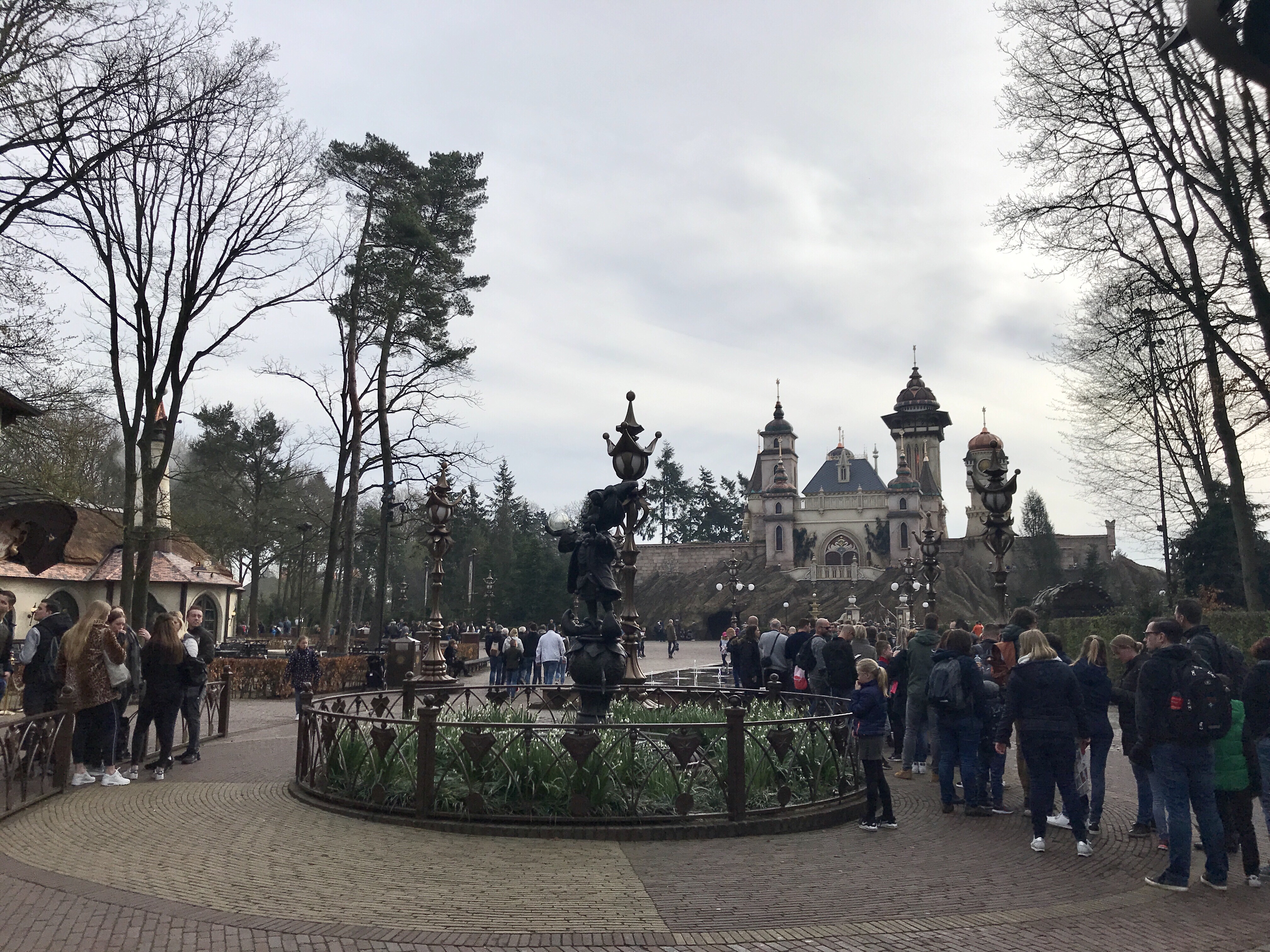 What are the things that I would improve? I would like to see more rides having a time slot / fast pass scheme, as time standing in a queue is time when you’re not spending money in shops or restaurants (so it is in their best interest, right)?!

The only other slight niggle that I had was that smoking is permitted all around the park, unless you’re standing in a queue. So for me as a non-smoker, and the way I’m used to, I’d much prefer a specific smoking area.

Tips For Making the Most of Your Day

How can you make the most of your day there? Here are my tips to help if you’re planning on a trip there. Which you should by the way.

I am loving that so many theme parks now have apps. We downloaded it aead of time to see the rides and to plan our day out a little. With it only open from 10am to 6pm, you need to plan everything that you want to go or places you want to eat. You can check ride times on it, as well as plan a route or find out where the nearest toilets are – a  must if you’re going with children (though there are toilets literally on every corner).

If you have little ones that aren’t normally in a pushchair, but you know they’ll tired walking around all day, then you can hire out these Wandelwagons that you can pull along. They are a bargain at €4 each too.

Squeeze in a Show

As well as all of the rides and attractions, there are a range of shows too. Totally worth going to see the water show. Some shows are repeated at several times, so I’d also recommend going on the ‘bigger’ rides when the show times are on.

If you are with little ones and want to go on the bigger rides, then there is a baby swap option, so that the second parent doesn’t have to queue after the first parent has ridden. So glad that theme parks do this!

Using the app, you can book a time slot, or fast pass, for the Python ride (large steel rollercoaster). Unfortunately this is the only one that offers a time slot, at the moment anyway, so make sure you make the most of it.

Just enjoy it! It really is a magical park that brings some old-school fairytales to life. The attention to detail on rides is amazing, and it is clean and well designed. Just take in the Dutch atmosphere of it all, and you’ll be good to go. I would recommend it completely.

Have you heard of Efteling before? It would be great to hear what you think.

*our tickets were gifted in exchange for a review. However, all opinions are my own.