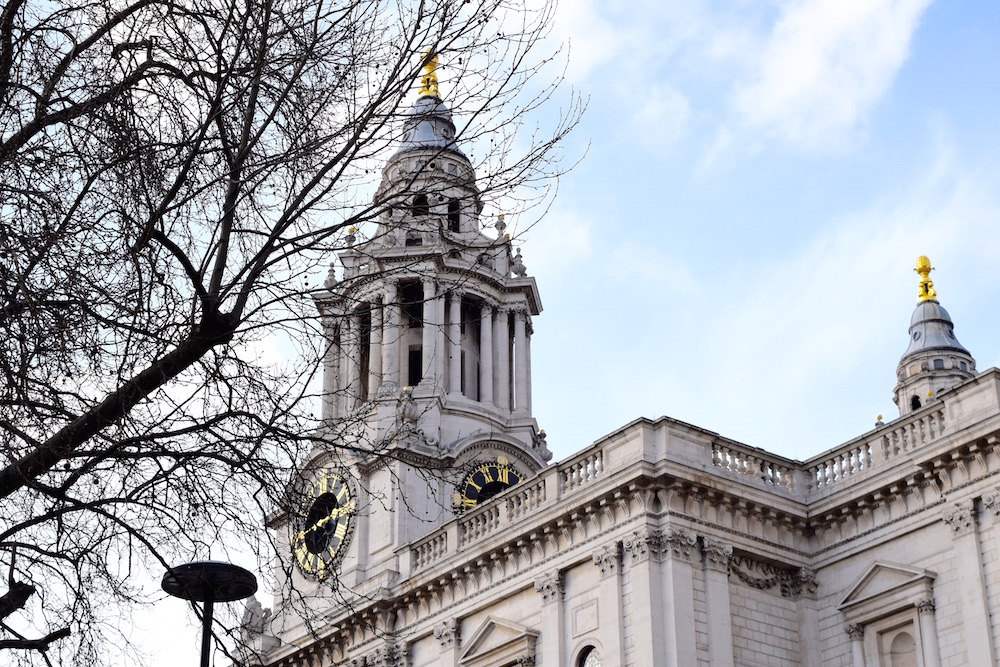 As a northerner in the south, I have to admit that I do love the magic of London. The husband commutes in everyday, so doesn’t see it quite like I do, but there is something fab about the place. It still feels like a bit of a novelty that I live so close to it. We would only ever visit on school trips or occasionally drive down as a family for the day. So when Travelodge got in touch to see if we wanted to explore the history or legacy of literature that the city has, I was really keen to do so. It wasn’t like anything that I had done before.

It was so nice to head up into town and have a family break away for the weekend. Mr. U liked that he didn’t have to head home after work and we met up in Covent Garden. We dropped our bags off at the Travelodge in Covent Garden and headed out for dinner. Max was very pleased to read the street that the hotel was on, Drury Lane. I think he’s watched Shrek a little too much and kept asking if we knew the muffin man haha. We had dinner at an amazing Thai restaurant and then headed back to our room. 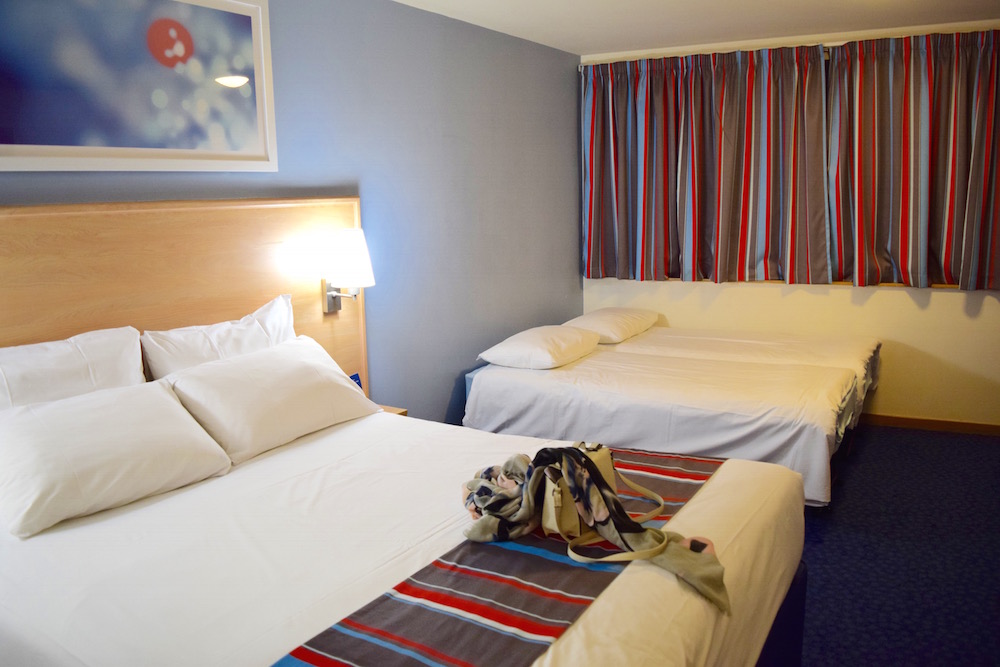 The room was pretty spacious as it was a family room. It was pretty basic but had everything that we needed. After a problem with a lightbulb in that bathroom blowing out we did have to change rooms as the maintenance guy wasn’t there. But it didn’t take long and the staff were very helpful about it all. The next room we had was actually on a different, quite side, of the hotel and it was even more spacious. So were quite pleased with that! The kids stayed up a little later than usual, but it was a bit of an adventure after all. It was the first time ever the hubs had stayed in a hotel in London. Being from Kent, he never had the need. We watched some Netflix, with the headphones in, and then had a good night’s sleep ready for the next day.

We woke up, had a hearty breakfast at the restaurant and then packed up our things. The tour that we were going on wasn’t until the afternoon. So we decided to head over to South Kensington to the National History Museum. Max hasn’t been there for a while, and Chloe never has. The Harry Potter Bus Tour that we were booked had the meeting point of by Temple underground station, we headed in that general direction and had lunch out by the river. It turned out to be a pretty lush day! 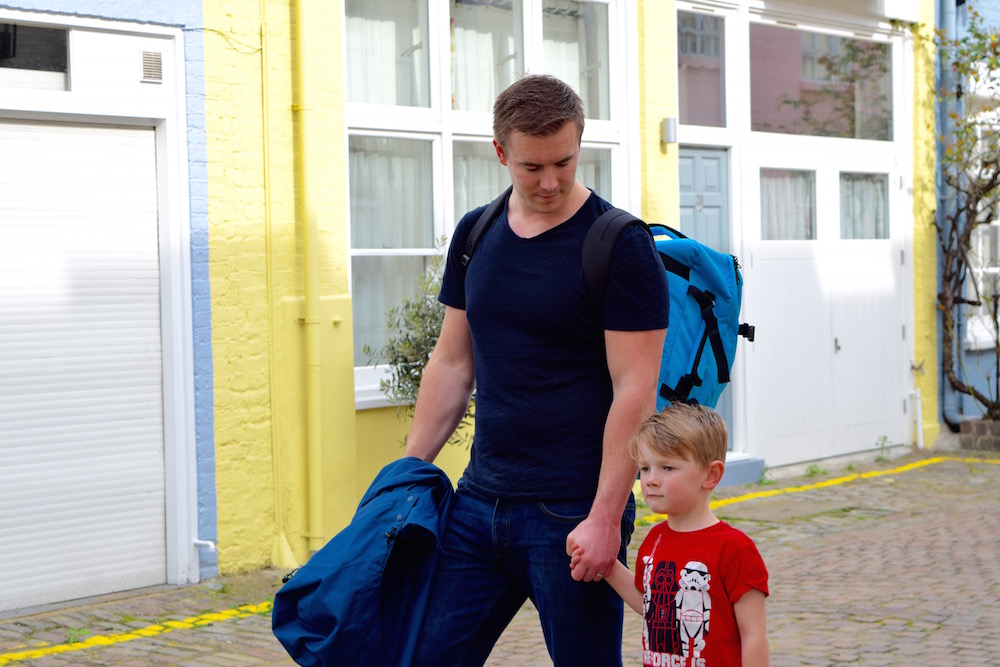 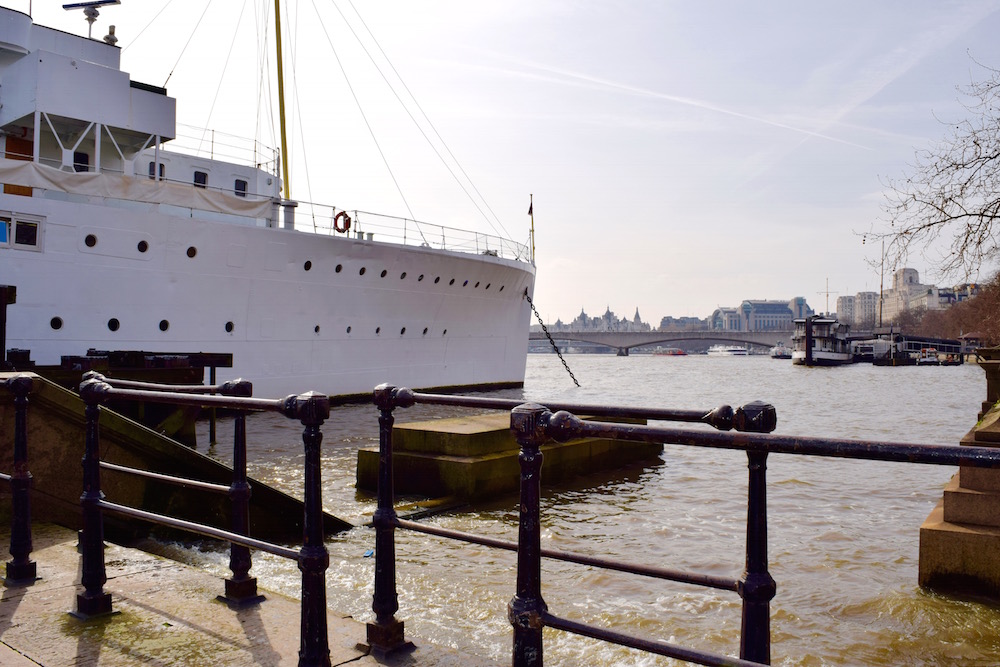 Now, I was a bit apprehensive about doing a bus tour. I thought that it was something that only elderly people did. But it was actually amazing! The tour guide was brilliant, and made it what it was. Even though I’d like to think of myself as a bit of a Harry Potter geek, there were loads of things that I found out about the films and the actors. And of course, the filming locations. I have done the studio tour before and loved that. But it was amazing to see the places that they did film in that are still there for all to see. 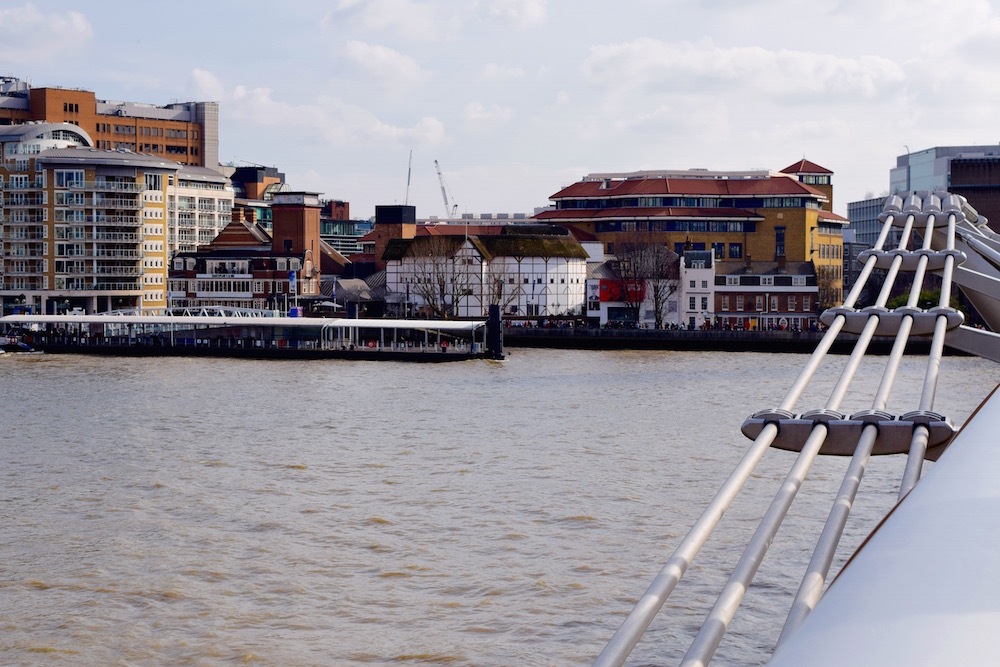 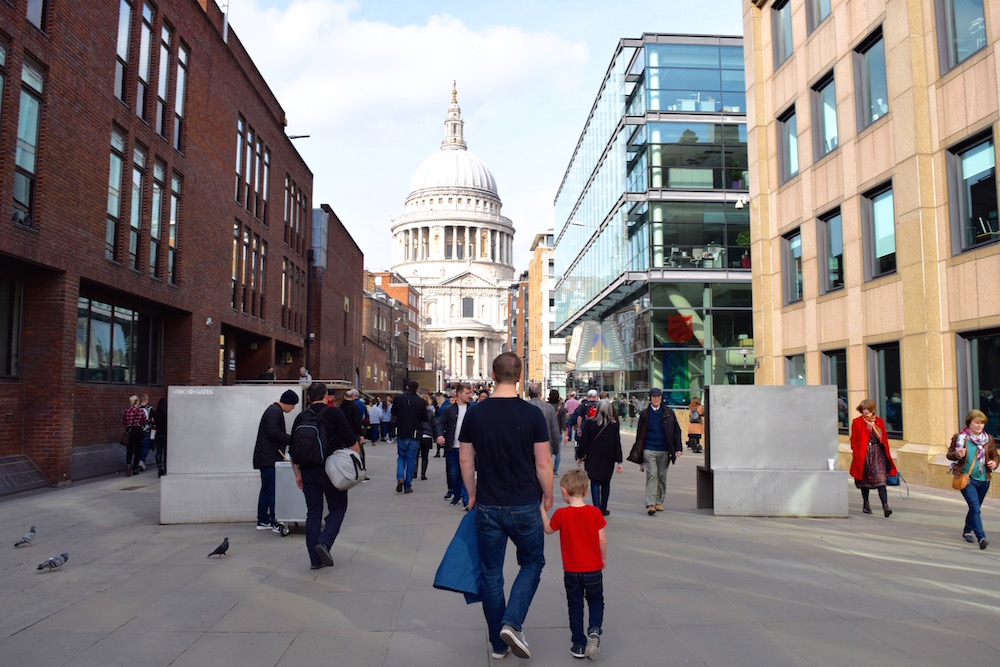 I had been to a few places like the Millennium Bridge before, but not all of them. I had no idea that the stairs where Ron and Harry walk up to get to Dolores Umbridge’s office was in the clock tower of St. Paul’s cathedral, for instance. I knew some scenes had been filmed at Leadenhall Market, but had never been to the actual site for one of the leaky cauldron scenes. I didn’t know that Borough Market was a site for other leaky cauldron scenes, or that Gringott’s bank was filmed inside the Australia House Embassy office. It really was a fascinating tour that was very entertaining too. 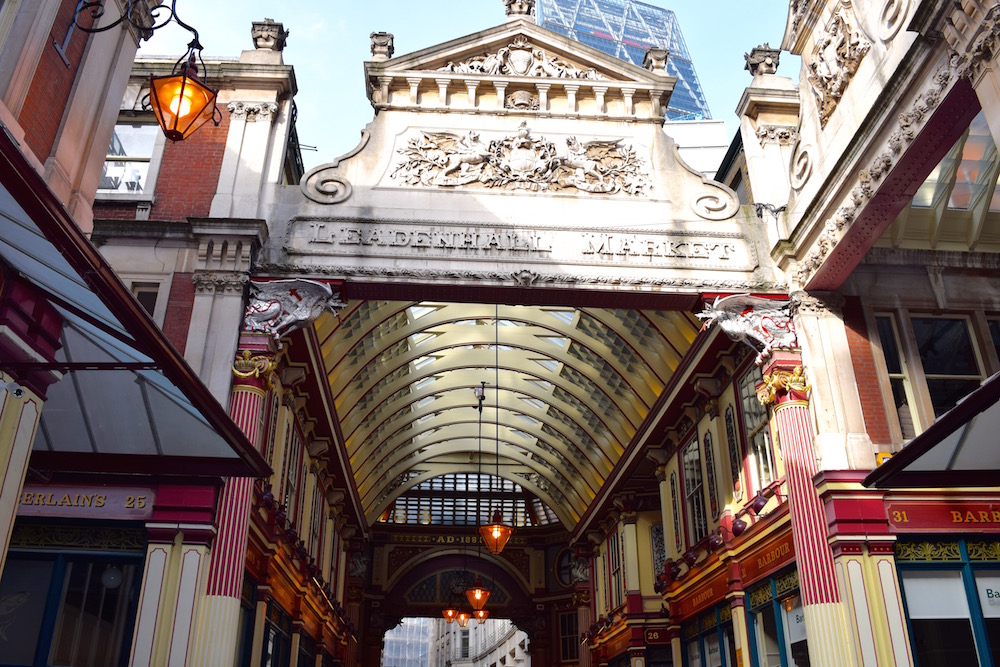 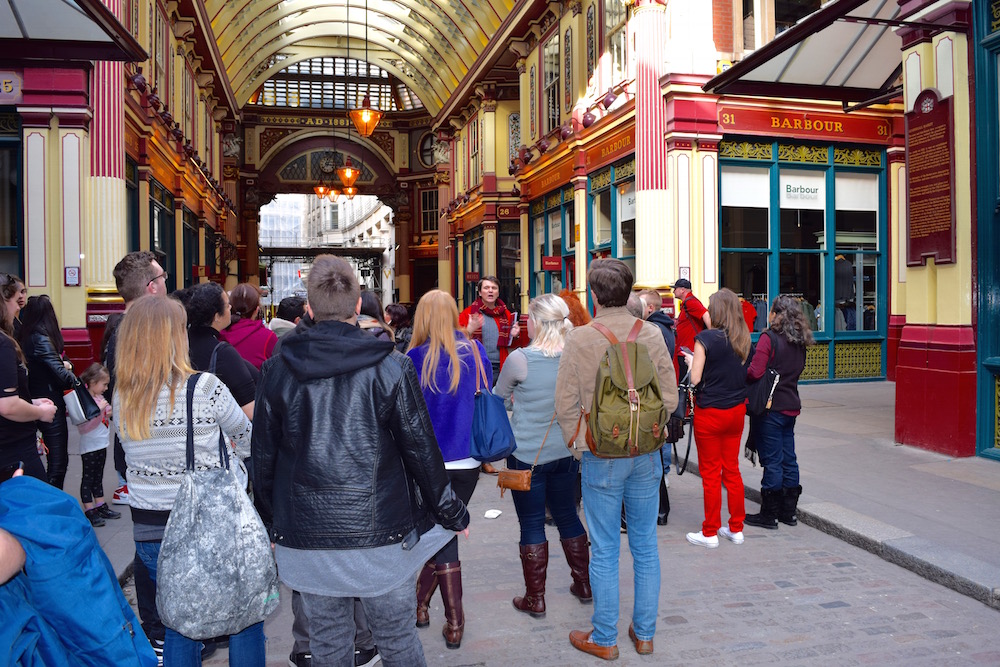 I liked that after each site, there were screens on the bus that would show you the place that you’d just seen in use. Really clever way of doing it. So you don’t have to be a mega Potter fan to do the tour (though it does help). 😉 If you want to see some cool areas of London then this is a good way to do it. We all really enjoyed it! It was fun to see my favourite city in a different light and explore it in a different way.

Have you ever been to any of the Harry Potter filming sites in London? Would you ever consider doing a bus tour like this one?

*Many thanks go to Travelodge for our trip and tour. All thoughts and opinions are my own.