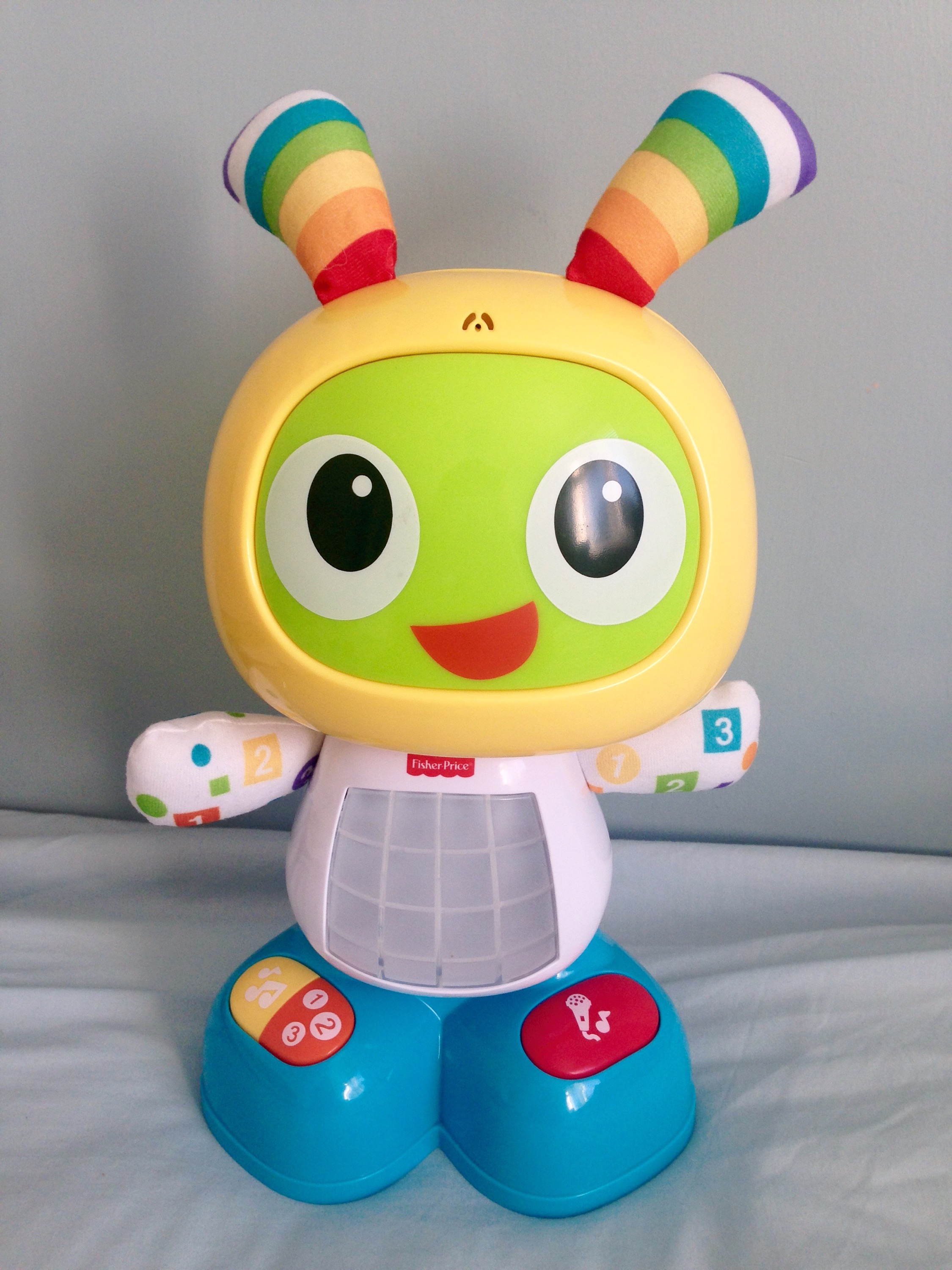 When the Fisher Price Beat-Bo first arrived, I thought it would be perfect for Chloe, as she is 16 months (it is a great baby toy suitable from 9 months old). However, Max was pretty obsessed with it too – he preferred pressing all the buttons and recording his voice whereas Chloe preferred dancing along with it and pressing all the buttons too. Of course, grabbing the head and ears on the robot were big on her agenda too 😉

Basically, it is an adorable fun robot for your little ones. As soon as we saw the box both of my kids were really excited to open it and get it out to play with – it is really bright and colourful. He comes out of the box with an easy turn of the plastic under his feet- simple to do and out he comes.

The dancing mode is really fun and the songs last a minute or so so keeps little ones engaged. The learning games include the ABC song, colours, counting and more. Chloe, not understanding as many words, was mainly rocking and dancing with it, but Max, understanding what he is saying, moves around and sings along with the ABCs. They were kids were having a lot of fun with it and it is pretty energetic and gets them to move around.

As I’ve said, Max likes to record his voice (as do I) and the robot sings it back to you. Kind of cute to hear your voice be sung back in a robotic style. Max particularly liked that he could hear him self and it was the exact phrase he had used.

My two loved it! Will spend a long time playing with it and seem to be having genuine fun. As for me, I think it is really cute, but he may get a little bit annoying over time as it is pretty loud but overall, it is a fun interactive toy and my two really like it. They aren’t that good at sharing though, maybe they need one each, ha. I just shouldn’t expect them to sit quietly with it 😉 The box states that it is suitable for up to 36 months months, but Max, four in December, still has a great time with it, so certainly think it is fun for children older than that too. The Beat-Bo costs around £32.99.

*the item was gifted in exchange for an honest review. All opinions are my own.