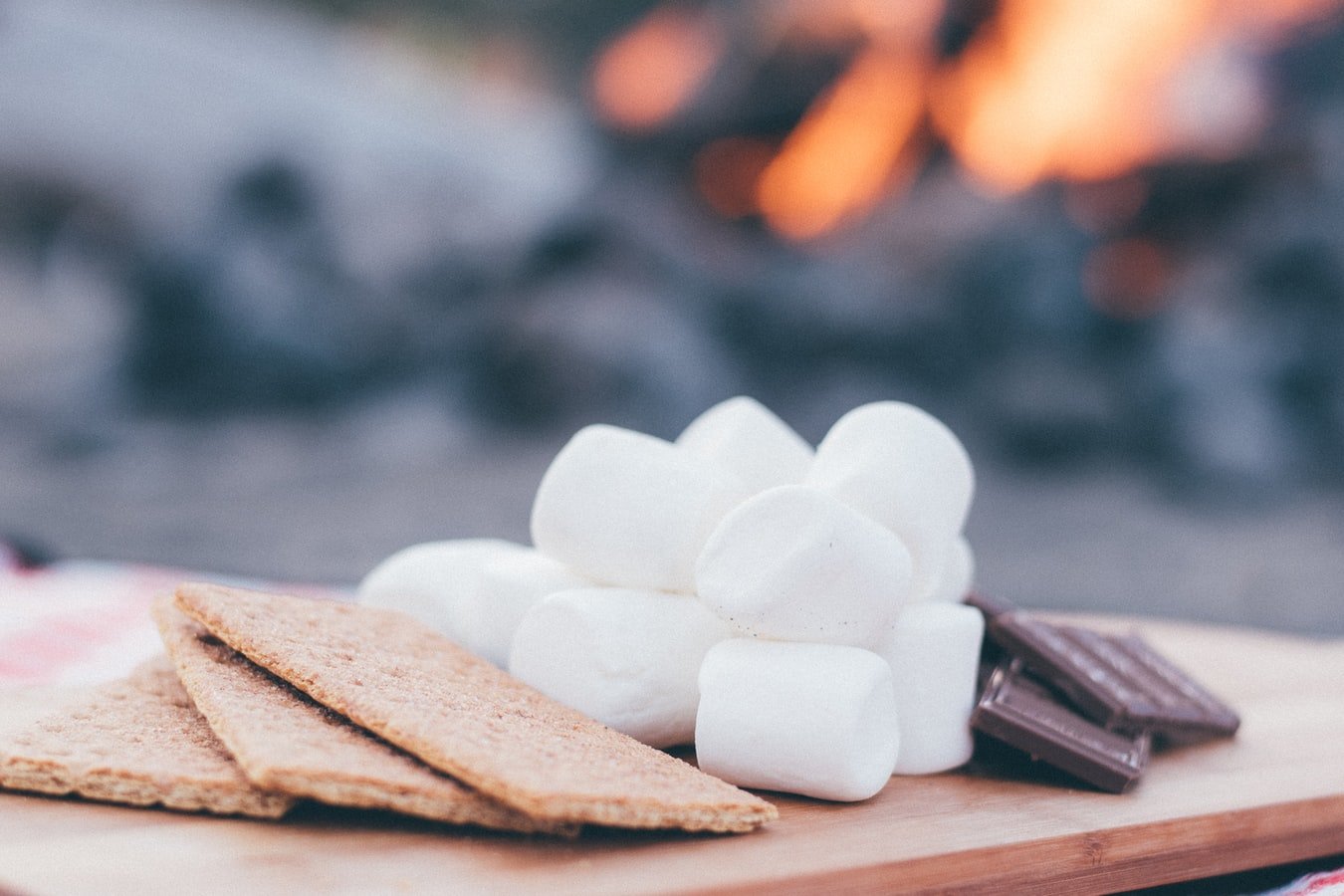 What an amazing bank holiday weekend we have just had! The sun was shining, the temperatures were up, and someone must have been looking out for us, because all of this happened, even with us having a tent up; that never happens!

Celebrating VE day on the bank holiday Friday was really special. We made a little afternoon tea for ourselves, and listened to war time music. I actually felt quite nostalgic and emotional all day. We were taking part in the Great British Camp Out with Go Indoors over the bank holiday weekend too, so it was so nice to join in with some of their VE day activities like leading us in a two-minute silence and a singalong.

There were a range of activities going on for the duration of the weekend, and I quite liked that there were things that you could dip in and out of; that really worked for us. Saturday saw a yoga session, cooking along with star guest Greg Rutherford, and then Sunday I took part in the morning exercise session, and yoga in the afternoon too (we’re very much novices with yoga but do love it, even the kids). This is the kind of thing that I hope the children look back on of this lockdown time, and have some happy memories. The campout was all in aid of a very worthy cause too, as it was to raise money for the NHS, by people taking part donating a ‘site fee’ or similar, to the NHS.

Throughout the weekend, we had our tent up in the garden, which the children honestly loved. Seriously, if you want to survive lockdown with kids, then look into pop up tents. They saw it as a bit of a den and just wanted to everything in there from eating to playing. Not only that, but being ‘pop up’ means that they are so simple to put up and then pack away – definitely what you need when you are out camping.

We did attempt a night in it, but it got until about midnight and the children still weren’t asleep (I think they were so excited), so we headed back in the house so that we could all feel fresh the next morning.

Other than a tent, what else did we need? Our other essentials for a weekend of camping out, kind of, is to have camping chairs. They fold up small and are easy to carry, but they are so versatile they work well for being in the garden, or in the tent as the children occasionally chose. But the pièce de résistance was having marshmallows to make s’mores with. I know it is quite an American tradition, but I don’t think you’ve got a camp out with out them; they are just the best. There was a quiz on the final night to join in with too, which was fun, and a s’more was the perfect accompanying snack!

We had a really great time over the weekend, and it was great to dip our toes into camping as a family. We all enjoyed it, so will definitely do so again (obviously at home for now). But even more important was raising money for such a great cause – the NHS. Such heroes!

The camp out was great fun, and all in aid of a good cause. If you want to donate to the NHS Charities that they were raising money for, then you can find out more here: https://www.gooutdoors.co.uk/go-indoors.

Have you heard of the camp out before? Did you take part? It would be great to hear what you think.

*post contains gifted items, however, all words and opinions remain my own.