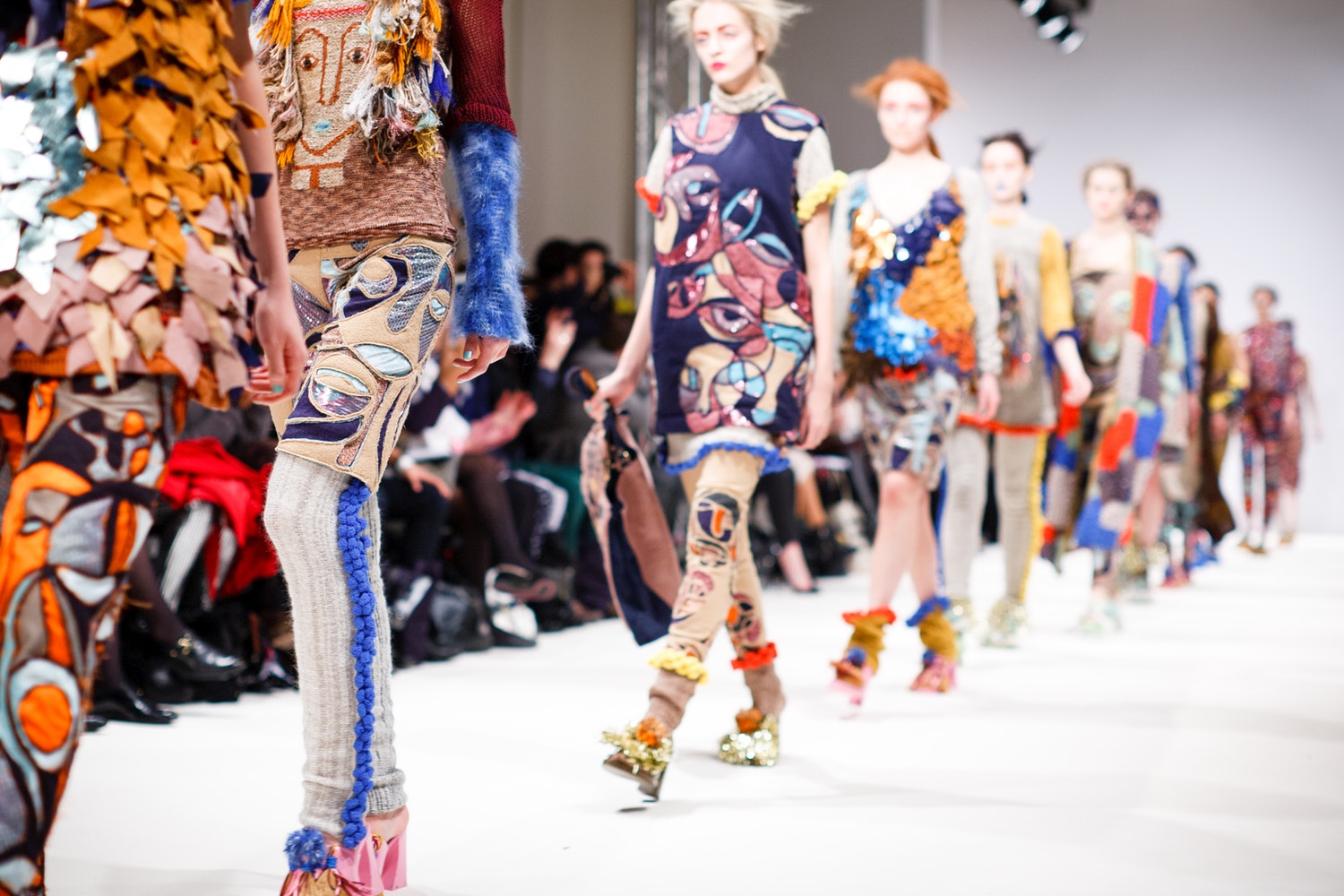 The days of women-only skirts and men-only trouser suits are long behind us. Many brands are removing gender labels from their clothing ranges and embracing gender fluidity, emphasising that people should be able to wear what they want! Even if the labels aren’t there, designers have been taking inspiration from the traditional styles of the opposite sex for many years — from boyfriend-cut jeans to men’s skirts. Together with Trilogy Stores, retailer of premium denim brand J Brand, we explore the topic further.

Before brands and retailers announced that their clothing was brand neutral, there were some styles that took inspiration from clothes traditionally made for the opposite sex.

For example, the ‘power suit’ was designed with inspiration from a traditional men’s suit, men’s jackets in particular. The suit for women was viewed as a way for women to feel more confident in the workplace amongst men who were dressing in a similar style. Women moved away from dresses in the office to tailored trousers with a tapered leg to look smart and feel powerful.

Floral patterns were once associated with women, bringing a feminine look to a day dress or blouse. But then, fashion designers became inspired by the print and male models proudly walked down the catwalk with orchids, roses and tulips on their outerwear.

Take the ‘boyfriend’-cut jeans too, as an example. The relaxed fit of this cut was inspired by the loose-fitting jeans that men were wearing. Yet this cut became popular amongst many women as they enjoyed a jean that didn’t feel so tight. Not only with jeans, but the denim industry has always been ahead of the rest when it comes to non-binary dressing. Take denim jackets for example, stylish for women and men who want to look casually chic. Founder of unisex brand, Bethnals, and former Topshop denim expert, Jessica Gebhart says: “The design process is genderless — always about fabric and fit before his and/or hers.”

The rise in athleisure has also seen many females move away from tight, silhouetted garments to t-shirts and track pants.

As with many other fashion trends, they usually hit the mainstream after a celebrity has endorsed the style. And, there have been many celebrities embracing gender-fluidity to express their style.

Jaden Smith, son of Hollywood actor Will Smith, wore a skirt in Louis Vuitton’s spring/summer 2016 campaign. He’s also been known to snub the female/male divide amongst clothing by Instagramming the comment, ‘Went to Topshop to buy some girl clothes, I mean ‘clothes’.’ Of course, it’s understandable — why shouldn’t we all wear what we feel comfortable in?

Kanye West donned a double leather look at a benefit show in 2012. He wore a leather skirt and leather leggings combo — embracing what was once a look solely for females. And, how could we forget when fashion designer, Marc Jacobs, wore a sheer lace dress over a pair of boxers to the Met Gala?

Angelina Jolie and Brad Pitt also proudly let their child wear a suit on the red carpet and cut her hair, as she’d said that she wanted to be a boy.

Due to more people speaking up about gender fluidity and expressing an interest in ungendered clothes, some brands are leading the way in abolishing gender labels.

Department store, John Lewis, got rid of ‘girls’ and ‘boys’ labels on all of their children’s clothes. Fashion retailer, River Island, did the same to emphasise that children can wear what they like! It’s said that gender neutral clothing encourages children to express themselves fully, irrespective of their sex.

More recently, brands are displaying their male and female models wearing the same garment to encourage both sexes to buy into the style. H&M announced its unisex denim range in March 2017 and UK fashion retailer, Zara, has announced an ungendered range with loose-fit clothing and neutral colours.

Founder and designer of fashion label Sies Marjan, Sander Lak, says: “I don’t look at a pink and think, “That’s great for a woman” or see a navy and say, “This is meant for a man”. Colour is always where we start the collections, so we went about designing menswear in the same way that we would approach any collection.” He predicts that eventually, genderless shopping will be possible.

Some people are calling for more ‘brave’ designs, however, and want to see male skirts in stores instead of masculine garments for both sexes.

Gender fluidity is clearly making its mark on the catwalk. The spring/summer 2018 menswear shows had men walking down the Paris runway wearing long, grey, pleated skirts. Men have been pictured in high-fashion dresses from big names — paving the way for the future of gender neutral clothing. Vivienne Westwood had models in silk dresses, Charles Jeffrey Loverboy models wore puff-sleeved gowns, and floor-length skirts were donned by those that wore Edward Crutchley. Could male skirts be the next thing on the high street?

Creative director of Gucci, Alessandro Michele, has also had women and men walking down the catwalk in the same garment on many occasions — supporting the idea that fashion shouldn’t be labelled male or female.

So, how are these opinions affecting the fashion industry? It appears as though it’s encouraging people to be more confident to wear what they truly want to wear. It can be seen as allowing people to explore what they feel comfortable in without being restricted by their gender. And, of course, you can experiment as much as you want. Wear boyfriend denim to enjoy the relaxed fit and encourage your male friends to wear short hemlines if that’s what they want to do!

Since we’ve seen most of the brands abolish gender labelling in children’s wear, it will be interesting to see whether kids will keep this gender-neutral approach to fashion as they grow into adults.