Max has always been a pretty good sleeper and with the husband getting home for work in London quite late, he generally stays up until around 8pm, which as a rule, means he doesn’t wake up until a decent hour. Result for us.

Recently though, I’m hoping it is just because of the summer time lighter mornings,  he has been waking up earlier and earlier. He will also wander into his sister’s room and wake her if she isn’t already. Then she’ll start screaming because she wants to get out of her cot. Dramarama. So I was a little bit excited to try out the Gro Clock from the Gro Company. I have seen quite a few reviews about it and heard such good things.

The theory behind the clock is that as part of the night time routine, you set the clock with the child and a sun on the clock will close its eyes and go to sleep. Then, at the time you set, the clock will change from blue to yellow and the sun will wake up, indicating that it is time to get up. If your little one is already up, then you explain that they can only leave the room when the sun is there and the clock is yellow. The idea would be that they would stay in bed until then, or just play in their room until they see the sun. 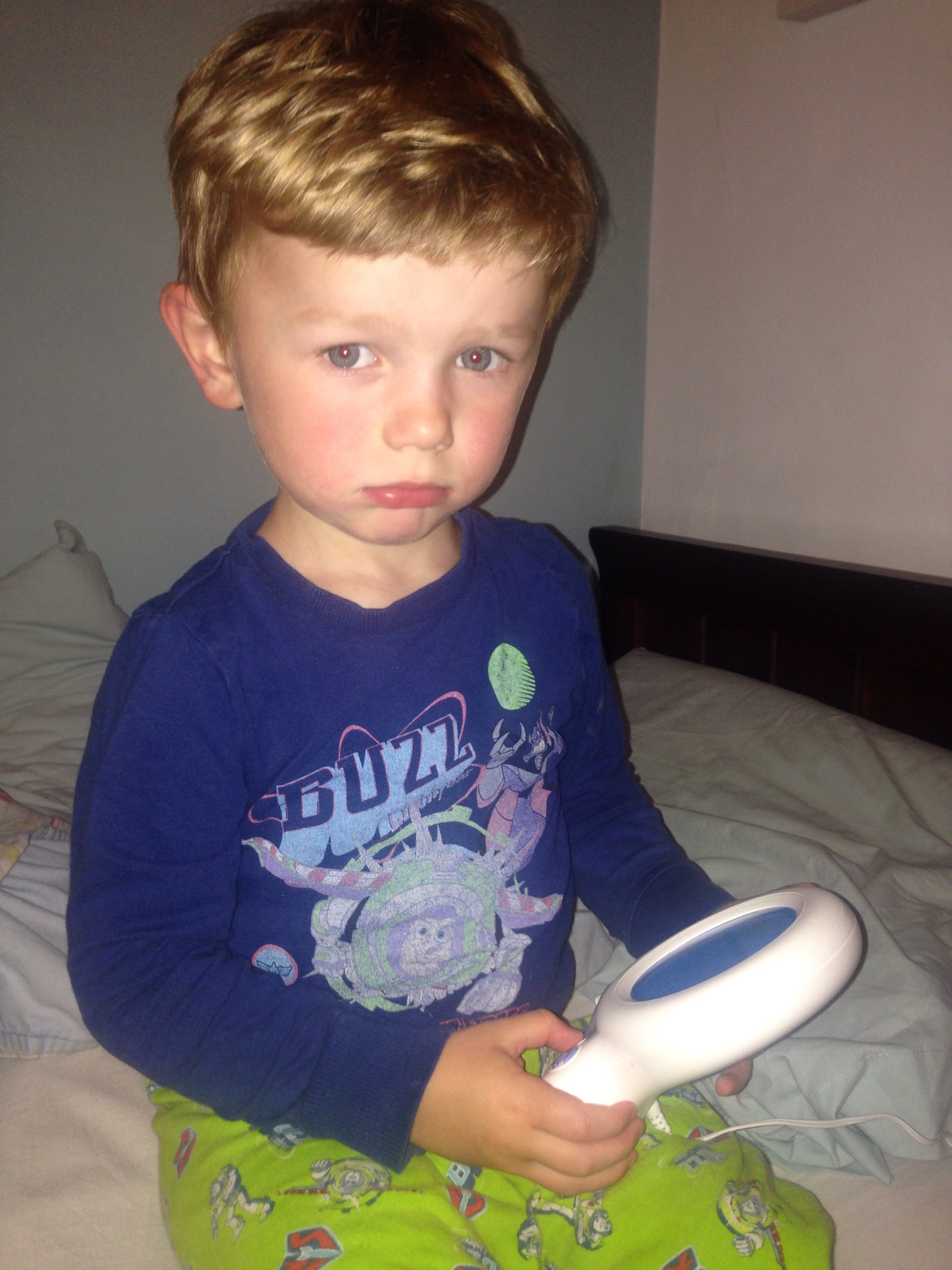 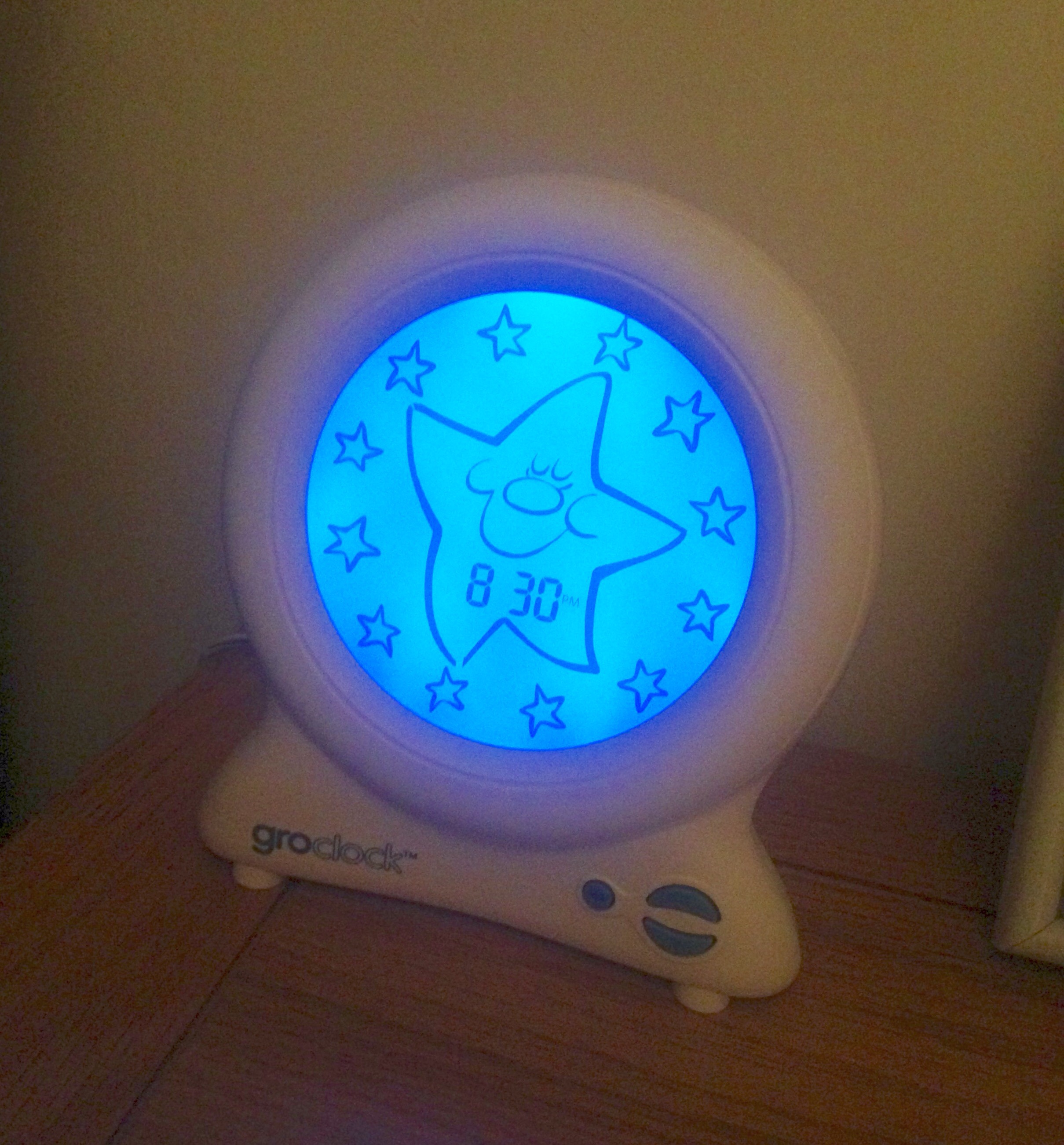 Firstly, Max loved the clock (despite the look on his face here – he is fed up of having his photo taken haha). He was so happy to see the blue light in his room and help me press all the buttons during bedtime. I thought it would take quite a few days to get him to buy into the idea of the clock and ‘waiting’ until he saw the sun. The clock also comes with an illustrated book which helps to encourage the children to stay in bed longer, so that was fun to read during bedtime too.
The Result? Novelty factor or not, Max really liked it and took to it straight away. He even ran into us the first morning shouting about how he could see the sun! It was at a time I had set though so was fine by me 😉 Gro-Clock, where have you been all of my life?! I am excited to try this out with Chloe when she is old enough to understand. I wish I had had one sooner with Max. 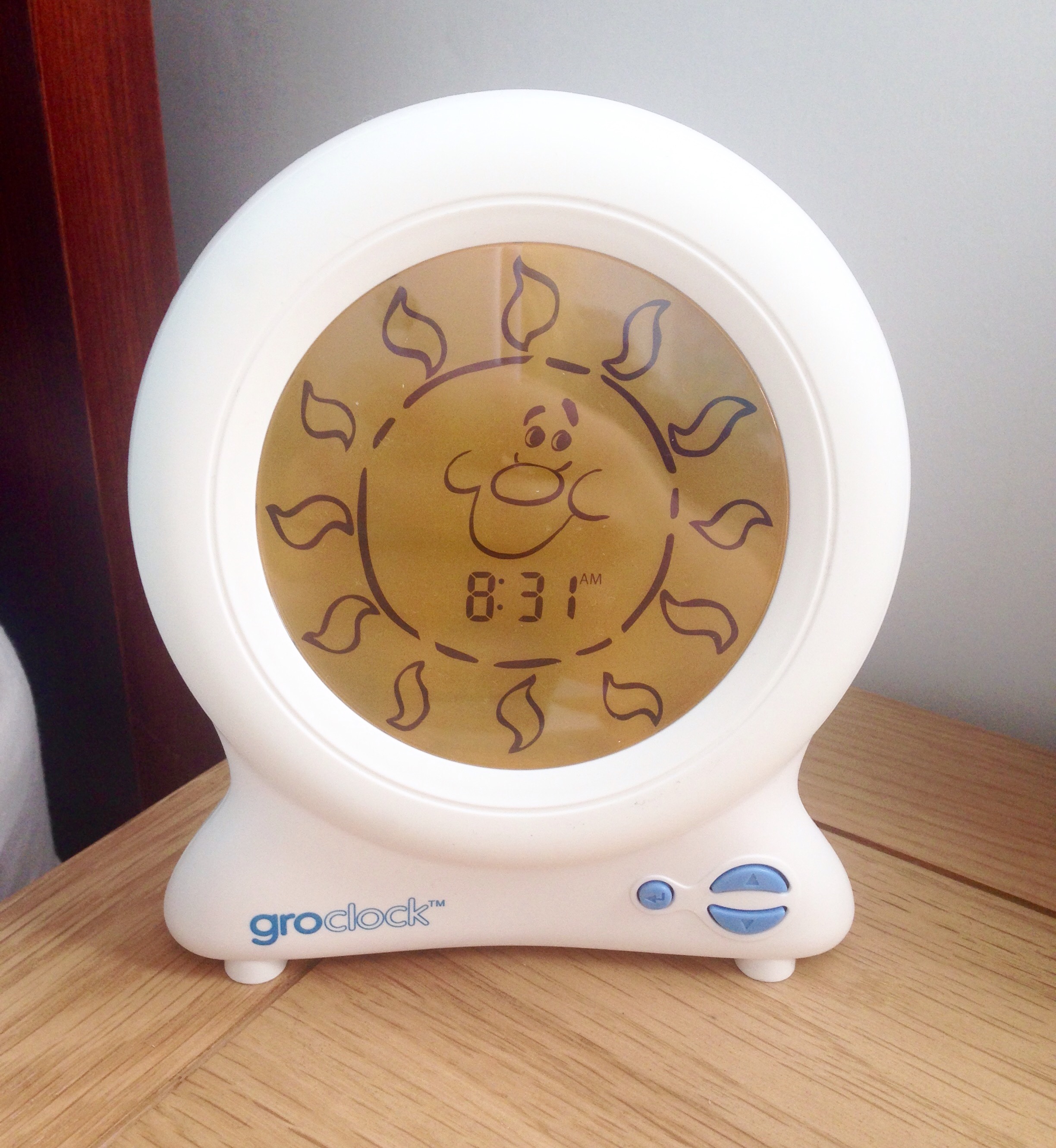 What do you think to the Gro-Clock? Have you tried it before? The clock in available online and instore at lots of places like Argos and John Lewis and costs around £19.99 – totally worth it in my opinion.

*The clock was gifted in exchange for an honest review. All opinions are my own.