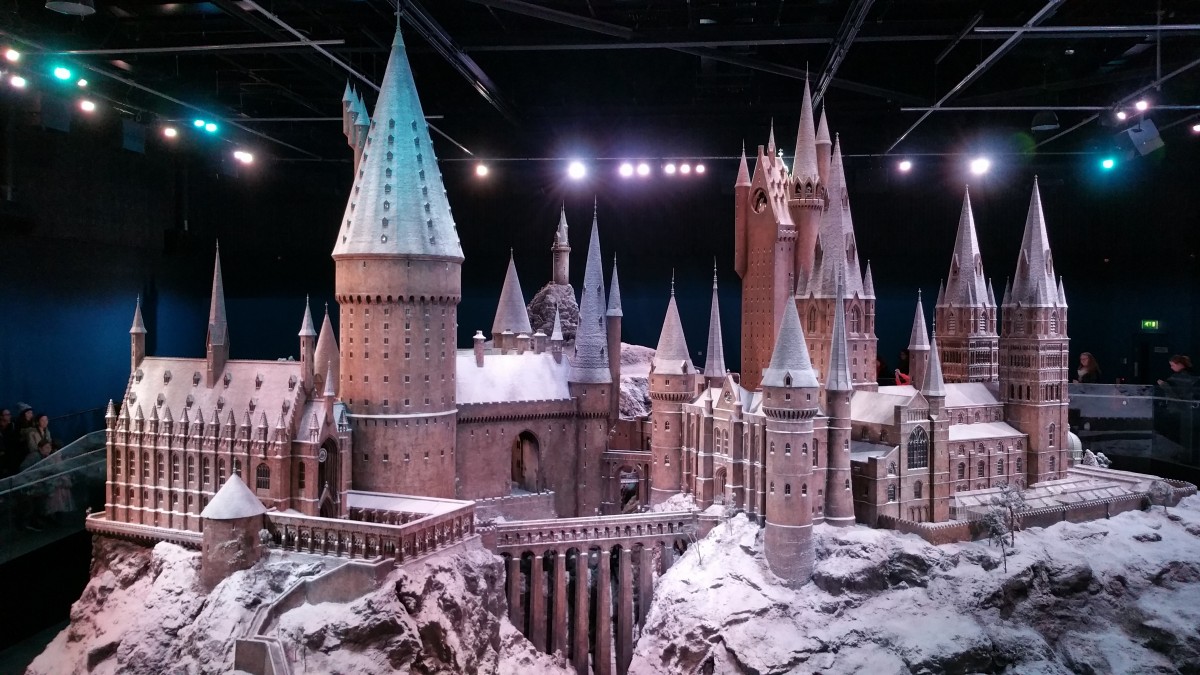 There is no secret that in our house we are big Harry Potter fans. Since the movies came out when I was a teenager to now reading the books with my children, it is something that we all enjoy. There is just something magical and that transcends all age groups with the books and films. I love that the kids are getting just as excited about it all as we are.

We have been to the Warner Bros. Studio Tour up near Watford a couple of times now, and I just love that there is so much to see each time that you go; always something new to learn about and explore. Plus, you’re surrounded by Potter enthusiasts, so what is not to love? At the moment, they have a The Goblet of Fire feature, full of lots of behind the scenes secrets from the fourth film of the same name. With some never-before-seen items from the films, we were looking forward to visiting (minus the Friday night drive up the M25).

As part of the feature, the actual Goblet of Fire will come back since filming that film ended back in 2010. You get to see how the names (written on parchment) were picked out of the goblet for the Tri-Wizard tournament. You can even get your own souvenir parchment to take home with you; something that the kids were really pleased about.

I loved learning more about this specific film, though if you’ve never been to the studio tour before, there is so much to take in! In particular, this feature showed the two goblets that were created for the film. The first one was hard-carved from a single piece of wood, and it is amazing to see – such craftsmanship ad attention to detail all for the film. The second was a copy for the filming of the name selection in the movie, which is the very one that you see select the names on your visit. Stuff like that just blows my mind – the people that have been around it.

The Prefects’ Bathroom features in the movie, for any Cedric Diggory (or Robert Pattinson) fans. And you can see the iconic Prefects’ Bathroom taps on the studio tour for the first time ever. Again, just mind blowing that these are the ones that were in the film. There are plenty of other props and costumes that make an appearance, that haven’t bee seen as part of the tour before. So it really is a must see, even if you’ve never been before.

Another first for the studio tour is seeing Tom Riddle’s grave being displayed, the exact sculpture that was there in the movies. A fun fact about it is that the sculpture was made before the details of Voldemort was known, so the dates had to be changed on it afterwards.

The Goblet of Fire will run until Sunday 23rd September 2018. Tickets must be pre-booked, but all extra features are included in the ticket price. I couldn’t recommend it enough.

Have you ever been to the Warner Bros. Studio Tour? It would be great to hear what you think.

*thank you to Warner Bros. for our tickets. All opinions are our own, and we were under no obligation to share a post about our experience.