I had a really busy and exciting weekend – I took part in my first Triathlon at Hever Castle!

I got a place quite a few months back and I put it to the back of my mind to be honest. I mainly do cardio for training, focusing on running and swimming, so I thought I’d be OK and step up the training nearer the time. Well that time came around sooner than I thought. There was no way that I wasn’t going to take part though, I have had completing a Triathlon on my bucket list for a while (plus on the whole Thirty Before Thirty type of thing).

We don’t have a way to transport a bike on our car so I hired a bike to collect on the day – it was really stressfee and smooth and meant I didn’t have to carry all sorts of things with me – wetsuits and trainers are pretty heavy!

I found the swim really strange. The water was really cold so as soon as I got in, I was fighting to regulate my breath and then they were shouting ‘go’! It took a little bit to get my breathing to a good pace and then I got into my stride in the swim (400m). You then run up to the transition area, taking off the swimcap and goggles and trying to take the wetsuit off. I’m in no way professional so it was a bit of a faff putting on trainers and socks ready for the cycle – you can see why pro athletes that want to keep their time down, have cycle shoes ready on the bike to just get going on. 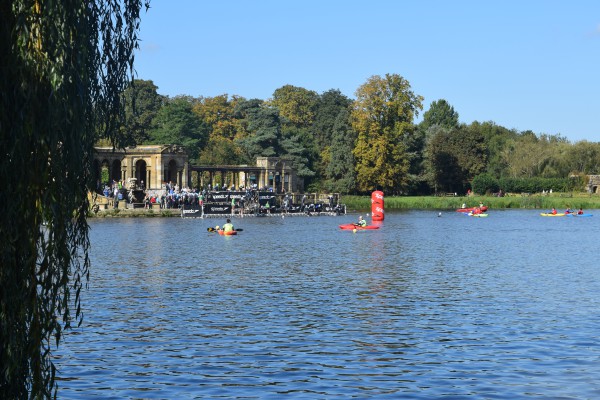 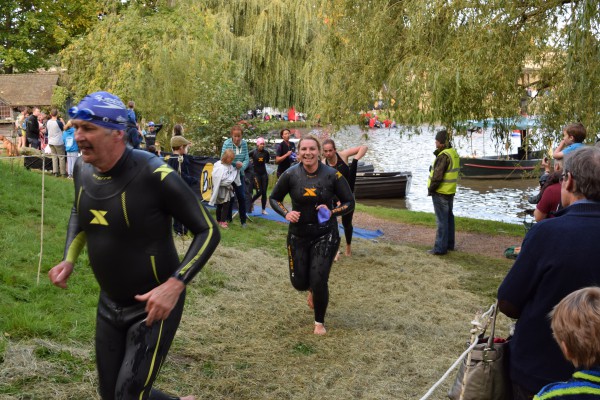 The cycle was 20km and it was probably my favourite part. It was fairly hilly, so tough in some spots, but you guessed it, when you’ve gone up a hill, you come down the otherside so the legs got a bit of a rest off and on. It was such a beautiful route – taking you through a National Trust Village and areas of outstanding natural beauty.

Though it was only 2km, my legs felt like jelly once I got off the bike and I found it really hard. It wasn’t hard in terms of breathing / exhaustion but more that my legs just hurt and didn’t feel like they could go any faster. Again, a lovely route around the castle and by the lake. It was really great running through the finishing line and getting a medal – I felt mega proud of myself (and was ready to eat some jelly babies haha). I don’t know my official time yet. I wasn’t doing it for a time as such, but I would be interested to see how I got on (the husband said he would be get me some Louboutins if I won my race but safe to say I won;t be seeing any red soles in my wardrobe any time soon) 😉

Have you ever thought of trying a Triathlon? Mine was only a super sprint, so pretty achievable I think.

Linking up to Let’s Talk Mommys Share with Me.