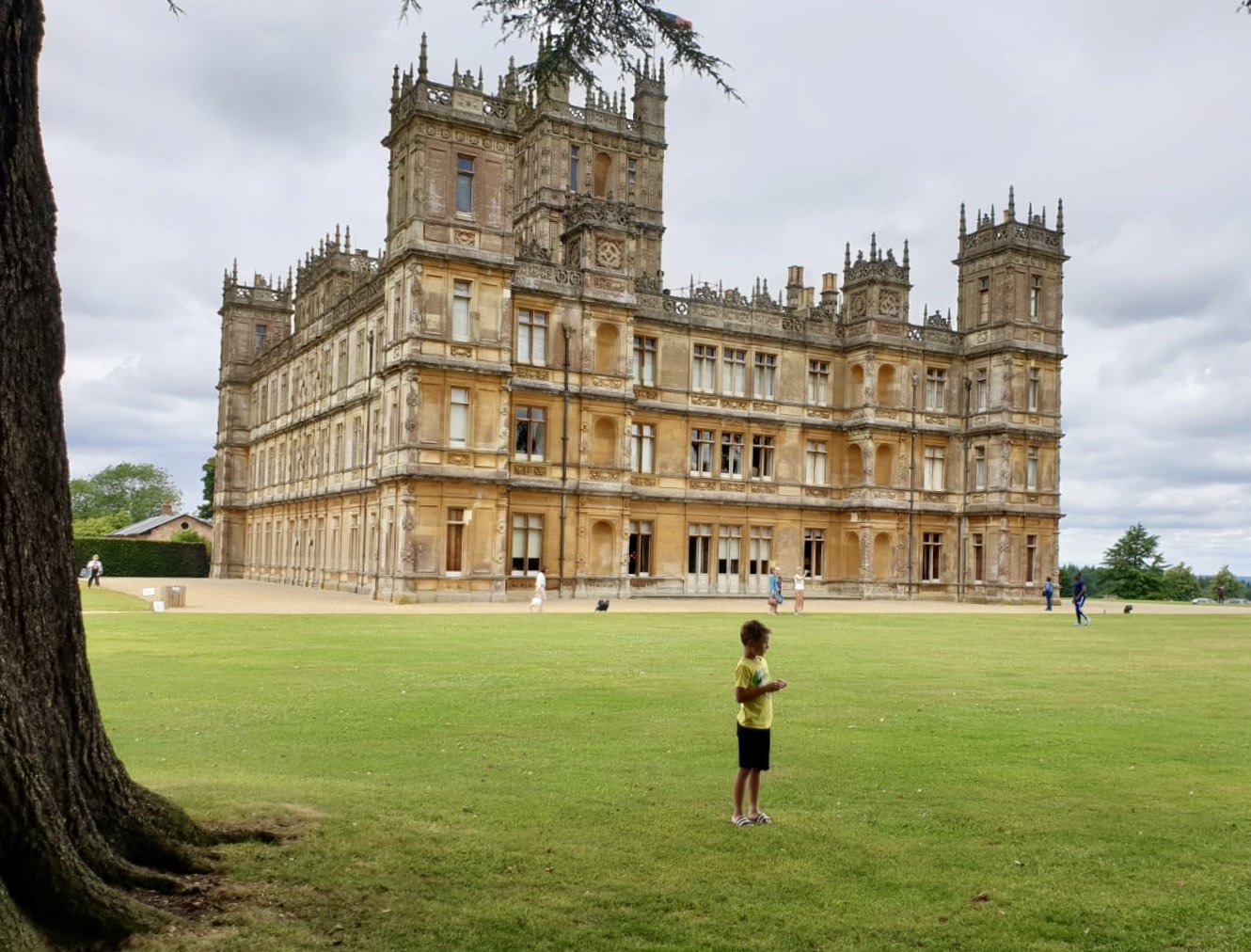 I love a period drama in my life, and few years ago, the ultimate had to be Donwnton Abbey. Something typically British, with classic one-liners from Maggie Smith’s character was just the thing for me. So after bing-watching on Netflix, I finally got caught up to date on the series, and would then watch when they were on TV. But being the naturally inquisitive person that I am, I wanted to find out where they filmed a lot of the show; did they film up in Yorkshire where the series is set?

The answer, a massive no. They film the main scenes, with the house and the gardens, at Highclere Castle in Hampshire (though actually super close to Newbury, Berkshire). But the working country estate, with over 5,000 acres, is home to a real Lord and Lady. After a bit of research I found out that they open the home to the public for sixty days a year, which are pretty much July and August. We’ve been too late in years before to book tickets, and turning up on the day isn’t guaranteed (though you can get grounds tickets on the day). But this time around we managed to snag some tickets so that we could tour the castle and the gardens. I was really happy to be ticking something off the bucket list.

Highclere itself isn’t all that far from us, so it was easy to do in a day. And it did not disappoint. For starters, the grounds are huge. Like, literally, go on for miles. They are so pretty too, with wild flower fields, a secret garden, a walled garden, and plenty of green grass for picnics and relaxing. You could definitely make a day of it if you pack some food (though there are some tearooms on site that you can buy from).

The castle itself is quite large, though you don’t see all of it on the tour. I like how the rooms that we do see have been pretty much kept as original, and it was great to see the parts that are used in the Downton filming. You can just imagine them all sat there, though the rooms seem much larger on the show than they are in real-life.

The crowds weren’t crazy, as the castle tickets are assigned by time, so there isn’t really one set hour that is going to be packed or anything like that. Having said that, the clientele seemed to be in the retired bracket and wanted to spend more time looking at things than our kids wanted to, so it did mean some queuing to see some rooms that people took longer with.

The castle is self-guided, but there are cards in each room to talk you through the history of each room. Though there are some more modern parts of the home, I like seeing the original features. And it was fun to see the family photos of the people that call it home, in each room (as well as some photos from when the Queen has visited, don’t you know).

We really enjoyed our day at Downton Abbey, and it was something to tick off our list. I loved the grounds, so going on a sunny day is a must; just make sure that you book in advance or you may end up without castle tickets!

Have you ever been to Highclere before? It would be great to hear what you think.