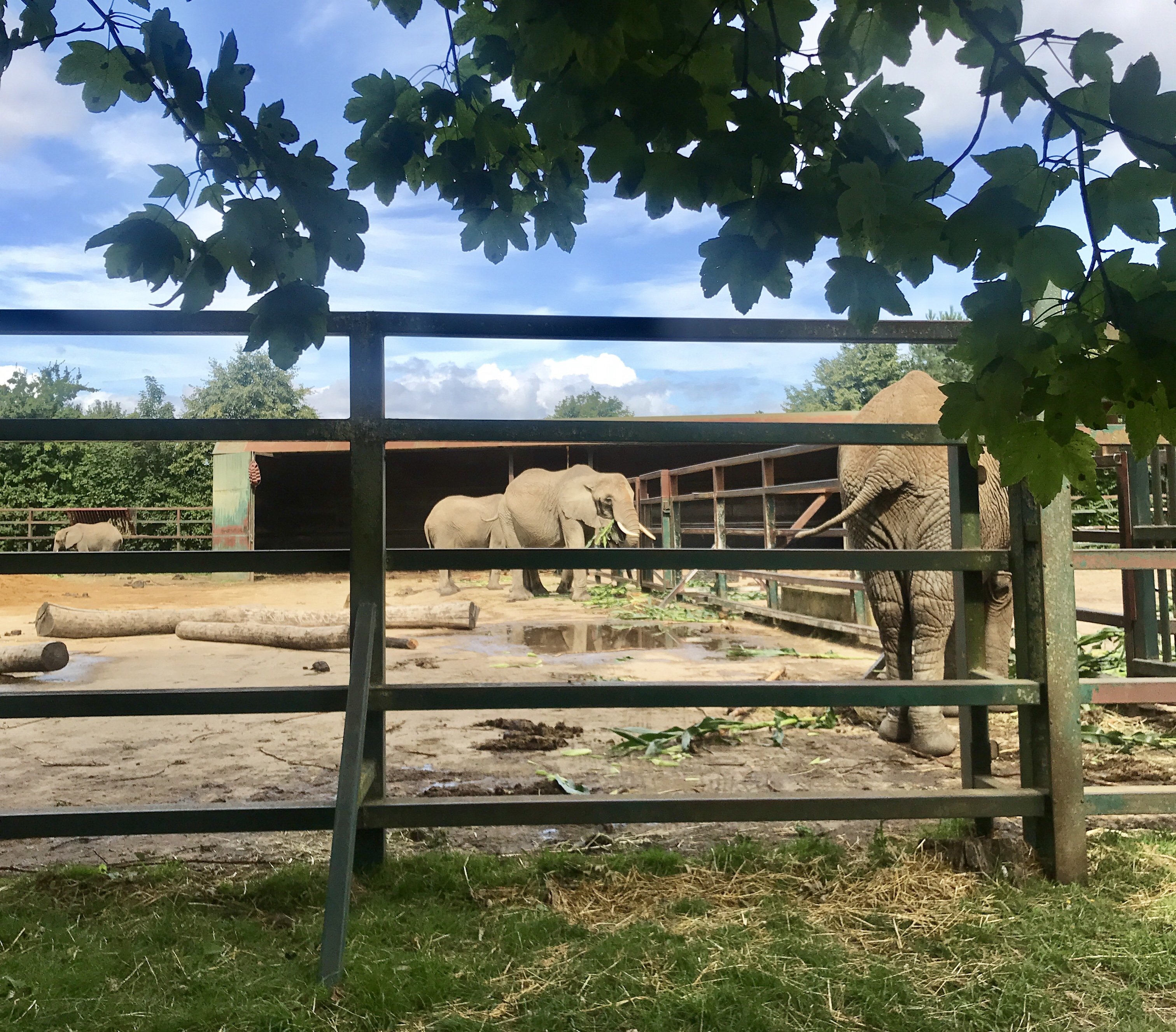 I don’t know about you, but the summer holidays have been flying by. I still feel like I have got a lot to do before school starts again (having a business that is term-time), as well as kitting out the kids for a new school year. But the good news is that we have been filling our time with a lot of fun things, including a day trip to Howletts Wild Animal Park in Kent. Despite having in-laws in Kent, and spending quite a lot of time over there, we had never been Howletts before, so it was great to see what it is all about.

Being someone that is concerned with animal welfare at things like this, it was great to hear how Howletts is a dedicated animal conservation charity. So when you vist, it really does go a long way to protect the wildlife here. And as a result, it can help them to send animals back to the wild, as they work closely with The Aspinall Foundation to do just that. There is a focus on captive breeding, education and reintroduction into the wild, which makes it stand out from a lot of other ‘zoos’. The animals aren’t there to perform or anything like that; if you see them, you see them. If you don’t, then you don’t.

Howletts is home to a large number of animals, including giant anteaters, African elephants, gorillas, tigers, leopards and monkeys. And because breeding is part of what they do, there are new babies arriving throughout the year, there’s always something new to see.

As I have already mentioned, there is no viewing enclosure for the animals. So if you are going with the hope of seeing a lion, then you might come away disappointed. Of course, you can hang around each section and wait, to see what you see. But naturally, some animals are going to be much quieter or sleepier in the day, and some will hide away. From a welfare point of view I think that is a really good thing. But if you’re taking children, I’d sell it to them as more of a general day outdoors, rather than a zoo, as you don’t really know what you will or won’t see. Having said that, we did manage to see quite a few different animals, from the elephants to the gorillas.

You can also listen to the free animal talks with experts telling you all about them, you can watch the animals being fed at certain time, and can also visit their education centre (all included with your entry ticket). So there are plenty of things to do, and these times, especially feeding, are when you are much more likely to spot the animals, so worth scheduling them into your day.

Because the promise of seeing hundreds and hundreds of animals might not always happen, there are plenty of other things on offer too. There is an Animals of the Ice Age trail, which blew my mind, to be honest. I had no idea about some of these creatures, what would quite frankly, be terrifying if they were still around. So that trail is a definite selling point, and it is a trail through woodland.

There was also a large outdoor play area, that my daughter really enjoyed playing on. It is near a picnic area so it really means that you can make a day of it. There is a treetop challenge that you can do too, for an extra fee, which is a kind of ‘Go-Ape’ experience.

All in all, I had a really good day out. You can make the trip as long or as short as you want, which is great. You can take food for a picnic, as well as buy from them. Speaking of which, I was really impressed by their vegan / veggie range on offer, which you don’t often see at these kinds of family attractions.

If you are in the south east and looking for something to do with the family, then I think Howletts is a good choice. Being based pretty much all outdoors, just make sure that you’ve got a dry day, in order to really make the most of it. I’d go back again, for sure.

Have you ever been to Howletts before? It would be great to hear what you think.

*our tickets were gifted for entry, but all opinions are our own, and I only recommend things that I would be happy to pay for myself.