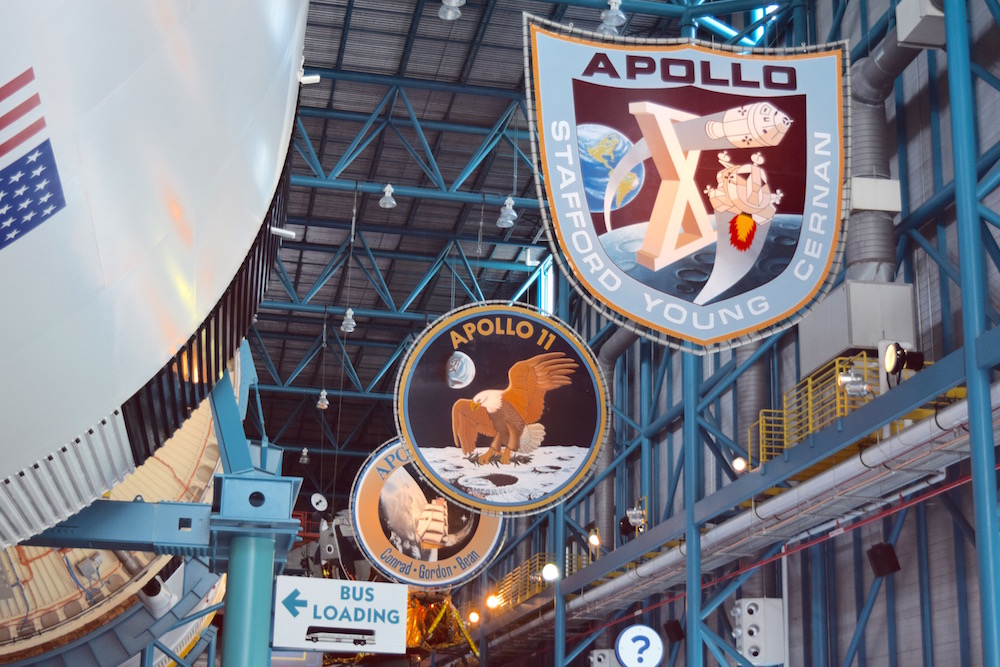 On our recent trip to Florida, I really wanted to take in all of the attractions that the Orlando area has to offer. One of which (that I haven’t been to since I was ten), was the Kennedy Space Centre, just out to the East of Orlando (it was just under an hour from our accommodation, out in Titusville). I was looking forward to the day as I couldn’t remember too much about it from the last time I went. Apart from eating space food (freeze-dried ice-cream). Of course a ten year old will remember that! 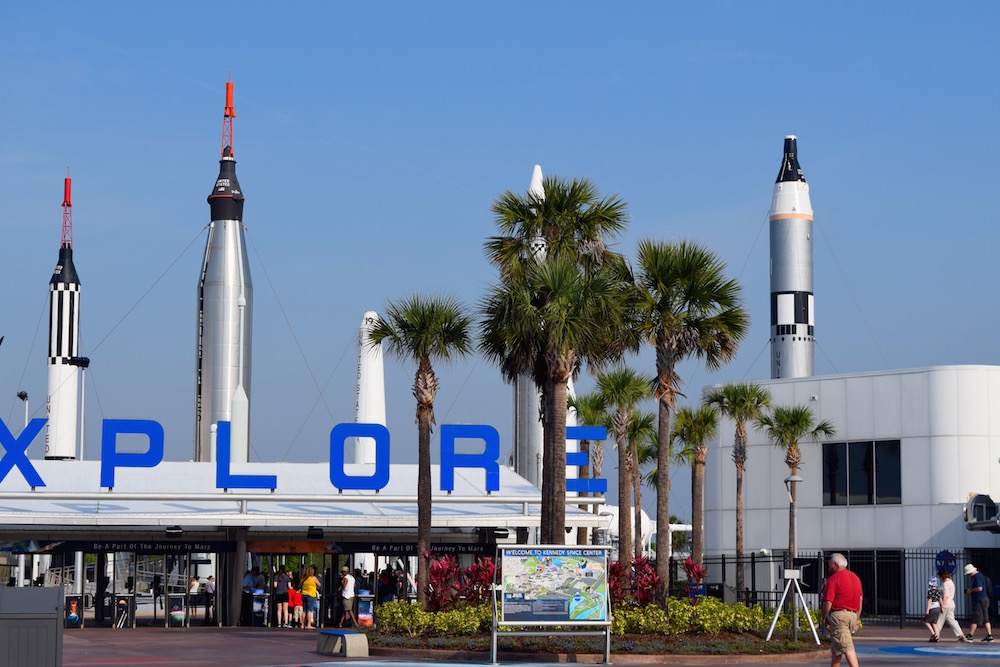 I wasn’t too sure how engaged and interested the kids would be with the visitor complex either. But I was really pleasantly surprised. The first impressions of the complex were really good. The lines were smaller than other parks (we got there a little after the opening time) and it was all really well organised. The centre itself isn’t huge, but there are several different rooms and attractions to see and do.

The first attraction that we went to was the heroes and legends centre where you go in and watch a video about previous astronauts and a bit about their journey really. Then you go through to an exhibition, the Astronaut Hall of Fame, which I found really fascinating. Lined on the walls are all of the NASA astronauts that have been into space since the NASA space program began. It was so interesting and certainly more people than I thought. 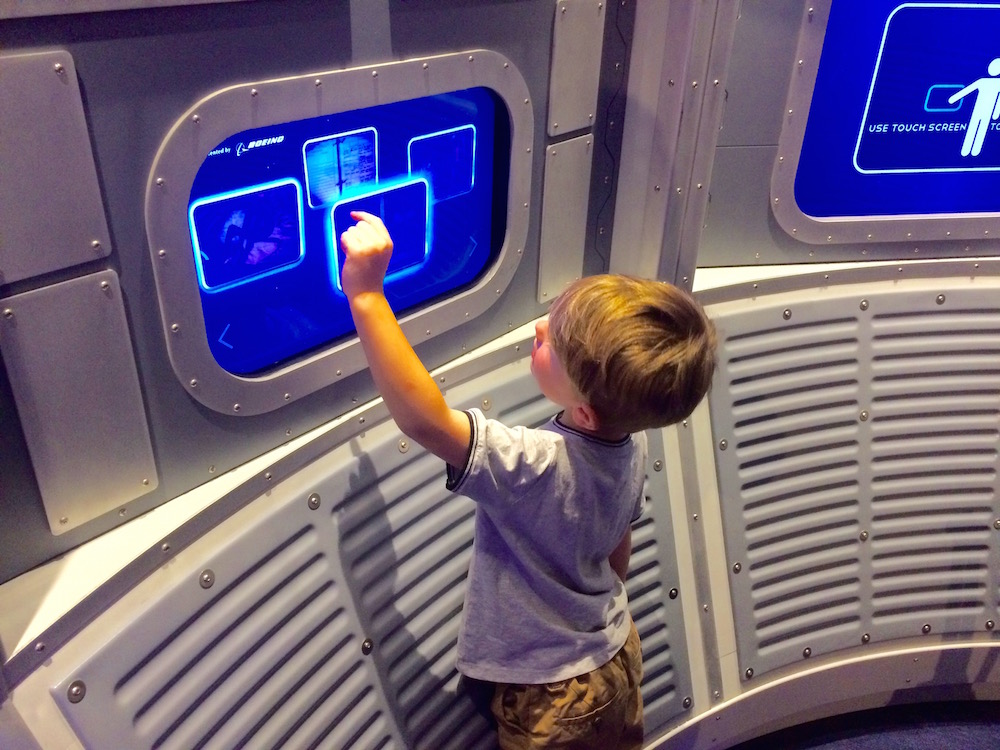 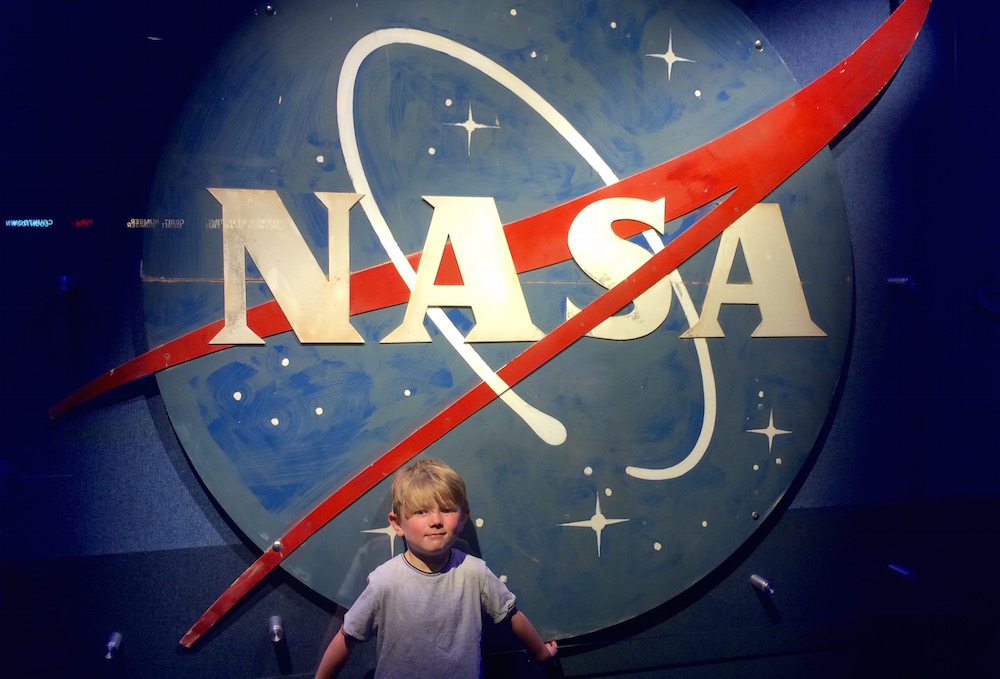 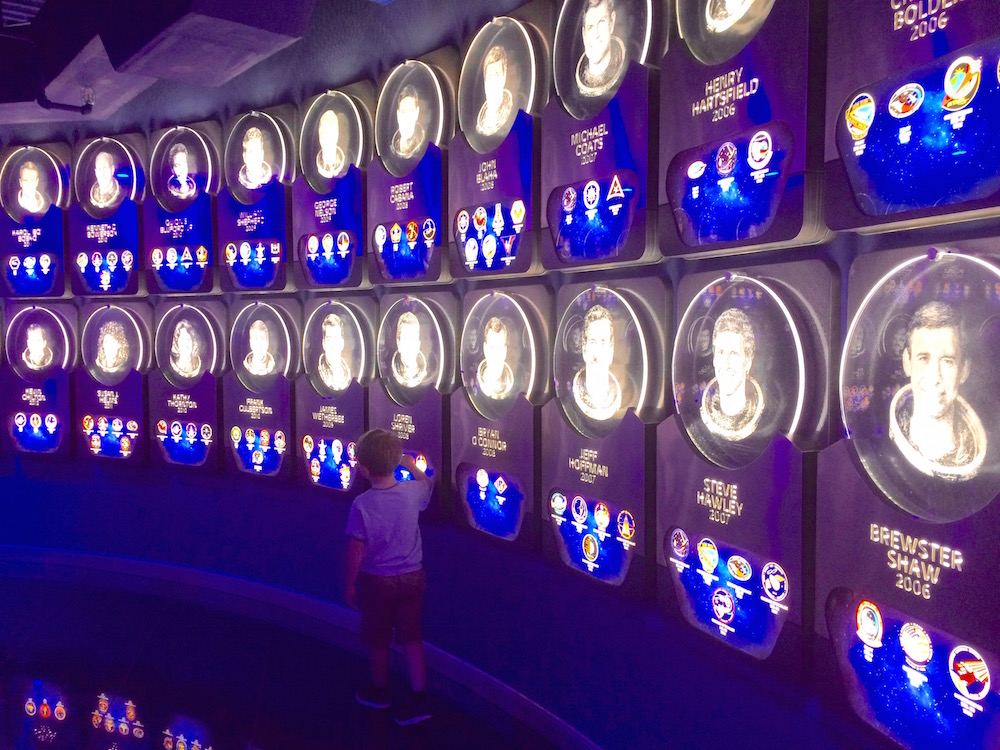 The staff we came across were all really helpful and friendly. We were advised that the next thing we should do was to go to the bus tour. It doesn’t run all day so you want to get in there before the lines get enormous. It is included in the ticket so off we went. It was the best part of the day for me. We spent several hours over at the other centre as there was a lot to see and do. The bus tour itself is about 45 minutes on the way over, as it takes you all over the launch pad areas. I don’t know if I’m just a massive geek but I found it all fascinating! Learning about launches and where the rockets are built was really amazing. There is a SpaceX launchpad that we were shown, and my husband has a bit of a man-crush for Elon Musk. So that was another interesting side of things too.

The tour driver was fun and engaging and he would slow down for us to see alligators that were close by or other wildlife. The centre is on a national park essentially, so they leave any wildlife as it. So that was pretty cool. 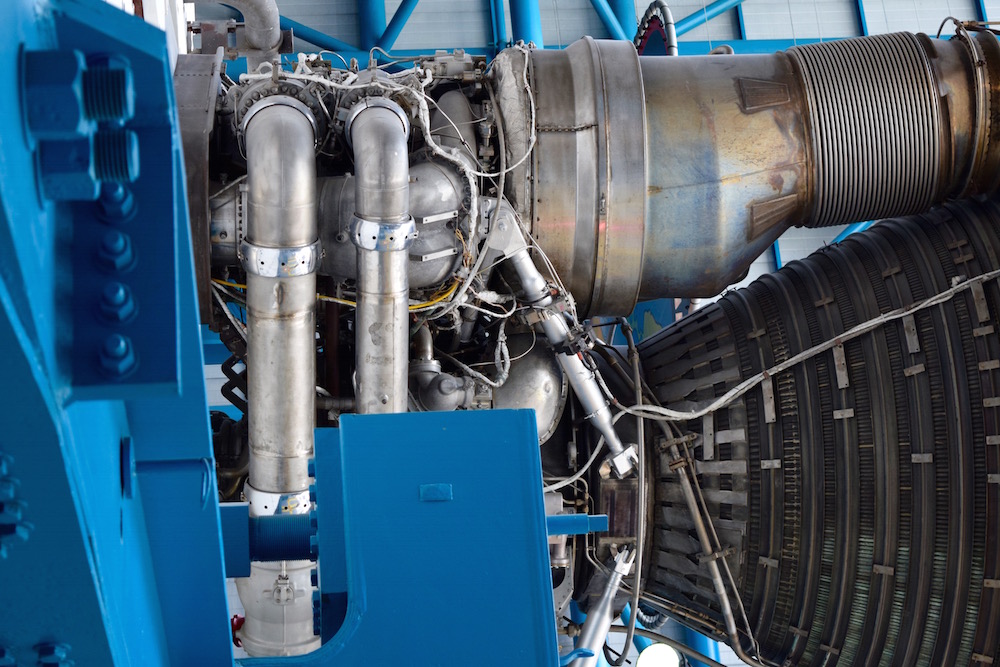 You get dropped off at another visitor centre where there are attractions and videos to watch, mainly about the launch and journey to get to the moon. Then the best bit for me was seeing a rocket structure that is hung above your heads. It is amazing to see the engineering of it all and learn about the Apollo journeys that went to space. There is an amazing focus on the future of NASA throughout the centres, but especially on the bus tour. It got Max really interested in space and the possibility of being able to go to Mars one day! 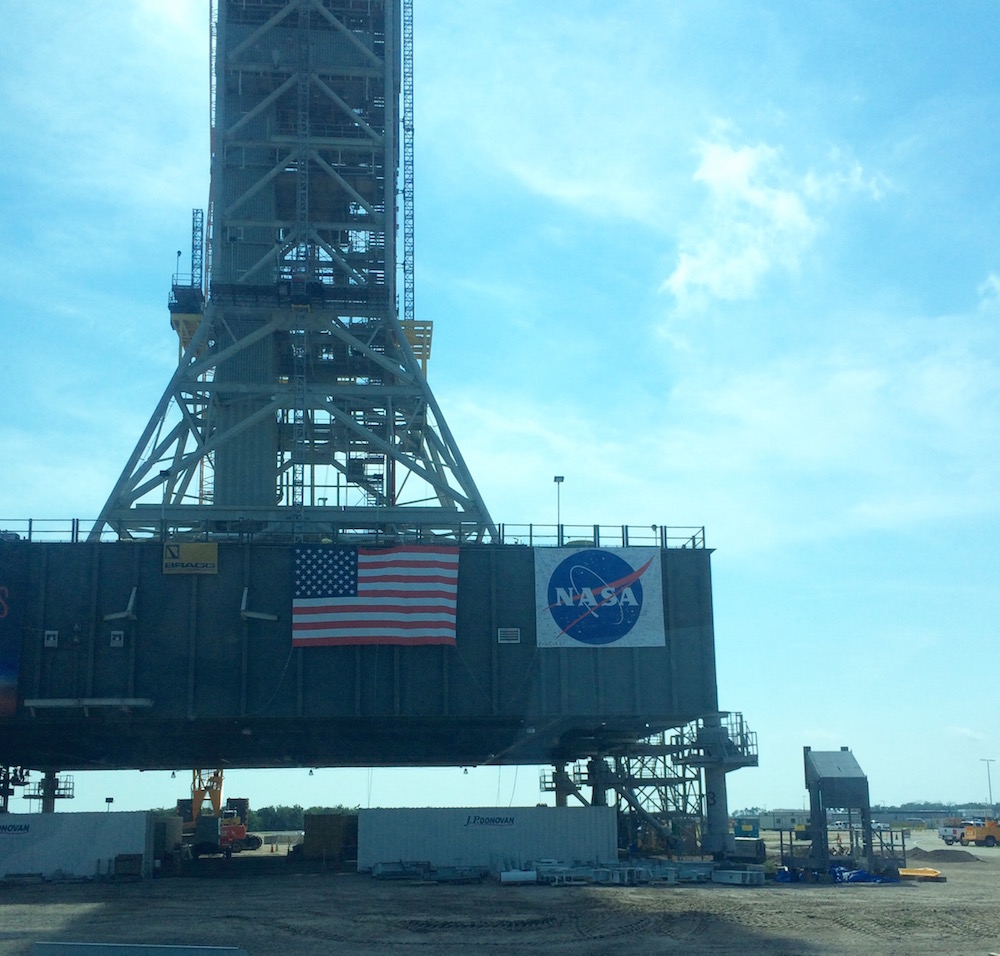 This was a really cool experience, and one that the kids enjoyed too. You watch a video and are then taking through to the actual room where the Apollo 8 rocket was launched. A reenactment of the launch is displayed for you, complete with special effects to show what it would be really like. It was really fun to see and I think Max definitely enjoyed it – not so sure if Chloe really knew what was going on, however.

Back in the main centre, there are several different rides and attractions, one of which is astronaut training. There are different workstations where using a joystick you can navigate your ‘rocket’ in space. There is also a Shuttle Launch Experience in that area, that Max and the husband went on. You are sat back as if you are in a rocket about to launch, and they thought it was really fun. It wasn’t suitable for Chloe as she wasn’t tall enough (and I don’t think it would be suitable for people that have motion sickness). That is the main ‘ride’ at the park, though. 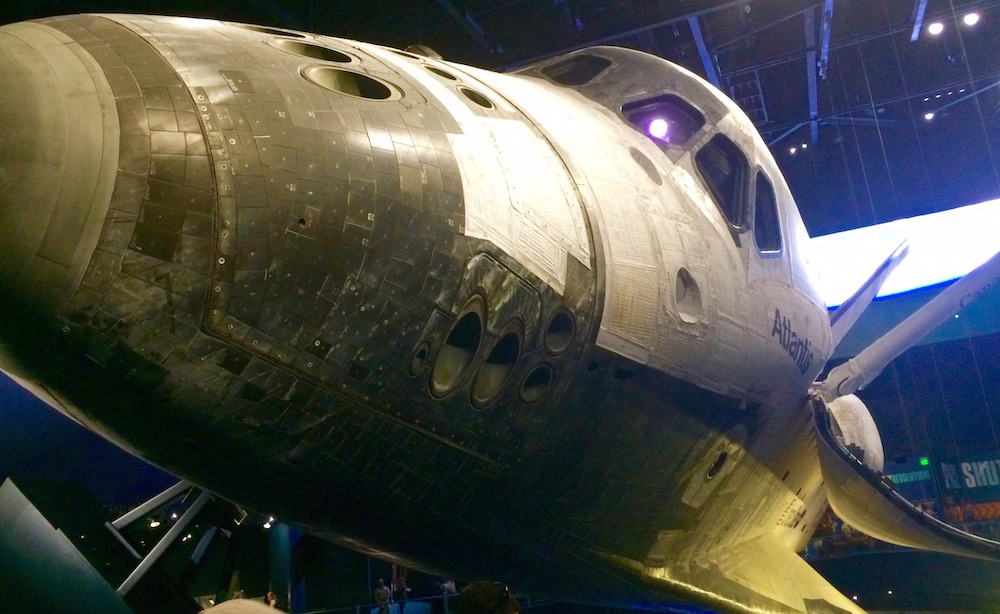 In the Atlantis shuttle building, you get to see the actual Atlantis rocket that has been up into space. There are videos about how it work and different interactive workstations. There are also different things for younger kids to play on, such as a model of the international space station, and slides so you can feel the impact that the rocket would have had when it landed back on land. It was a fun part of the day and allowed the kids to let off a little steam. The husband and I took turns watching the kids and reading the other artefacts and posters on the wall. 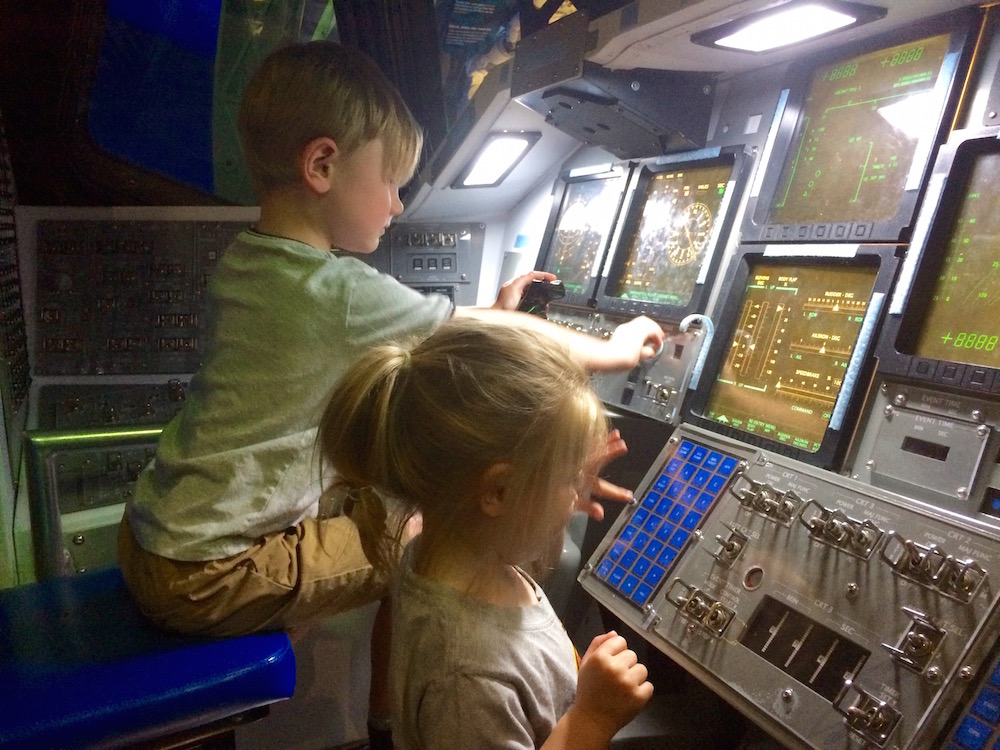 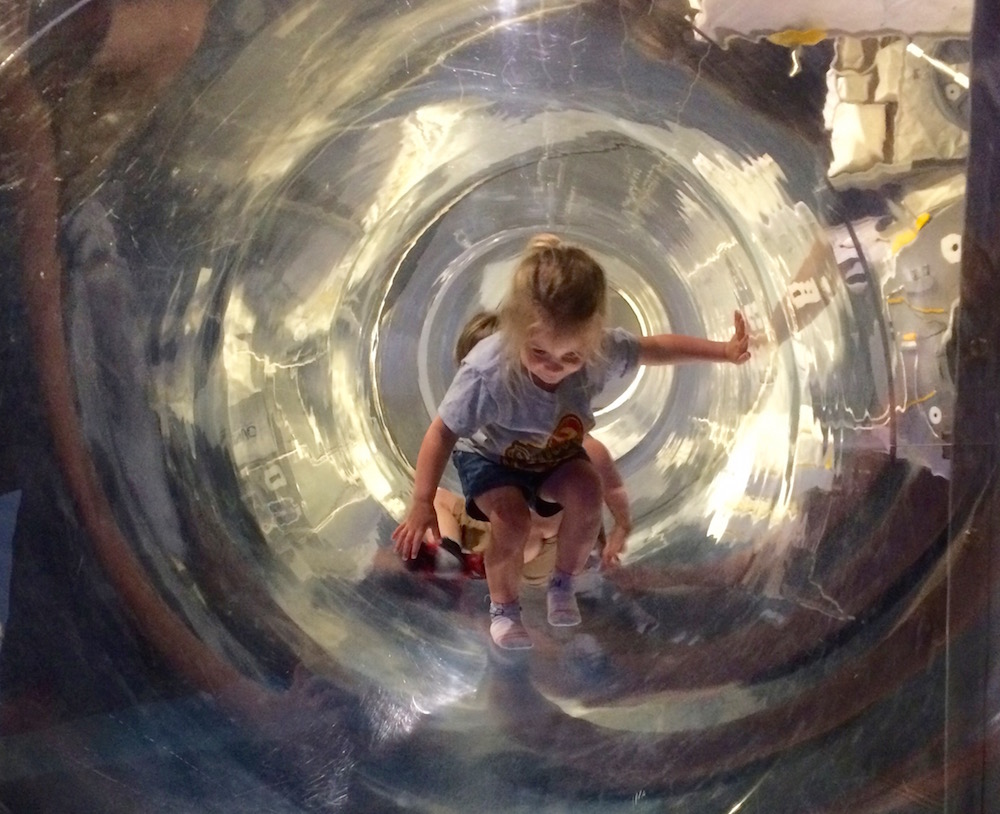 The IMAX theatre was really cool, and follows the journey of some astronauts training to go into space. It talks through their training and requirements for it all. The film is quite long, over an hour if I can remember rightly. So it wouldn’t work for all young children. But my two, I don’t know if it was because it was dark and we saw that part towards the end of the day, but they both fell asleep. So it was nice to be able to enjoy it all in peace!

All in all, we had a really good day. The centre is a nice break from the ‘traditional’ attractions in Orlando. It was refreshing to not really have to queue up for things all day long and just take things at our own pace. I think that my kids were getting to just the right age for it all. Max was particularly interested in it all. But I do think if you have a seven or eight year old, they would be the absolute perfect age for it all. If NASA’s space plans go to plan, then they are the generation that will be the ones heading to Mars! So getting them interested in it all is key. It is fun for younger children, but like Chloe, aged three, I’m not sure she got too much out of it. She enjoyed all of the interactive points and the play area though.

I would definitely go back again! Have you ever been?

*thank you to Kennedy Space centre for gifting our tickets – all opinions are my own.