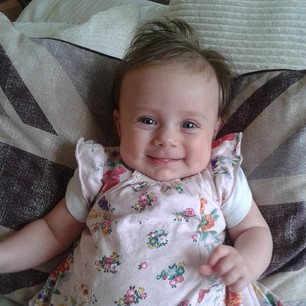 Chloe is three months old! That means the next size of clothes and no longer a newborn *sobs*

The time has flown since we brought home out little daughter from the hospital back at the beginning of April. On the whole, as long as she’s fed and rested, she’s a really happy and content baby. She rarely screams which is lovely compared to how her older brother was – as soon as he was hungry I’d know about it. Chloe though just makes a little noise and it’s slightly easier to hold her off for a little bit longer if I need to get somewhere convenient to feed her, for example. She has also recently started sucking her thumb so she soothes herself a bit more which is great in two ways; she soothes herself ha and it’s mega cute!

She was weighed a few days ago and weighs just shy of 13lbs so she’s growing nicely. Little miss independent is very alert and loves to sit facing forward to see what’s going on. She has rolled over would you believe, and does so a lot. Though she is still learning to like tummy time and strengthen her neck, so when she rolls to her tummy, she doesn’t really like it. Chloe is a big fan of bath time and loves splashing away – probably because she is such a wriggler. I don’t remember Max wanting to move this much, this early on anyway.

Chloe is still a really happy, smiley baby and giggles often. I’ve been trying my hardest to get her to laugh on video camera but as soon as I get it out she goes all serious – probably wondering what on earth I am pointing in her face haha. Hopefully I won’t jinx anything but for the past few days she has been sleeping through the night! Amazing. It makes such a difference to how I function if I’m not as sleepy.

Max is getting more and more involved with her which is really sweet. When we’ll be a playgroup other children come up to see Chloe and want to hug her and he will tell them ‘careful, baby Chloe eyes’. Not a proper sentence yet but I’ll take it. It’s lovely seeing him adjust to being an older sibling. 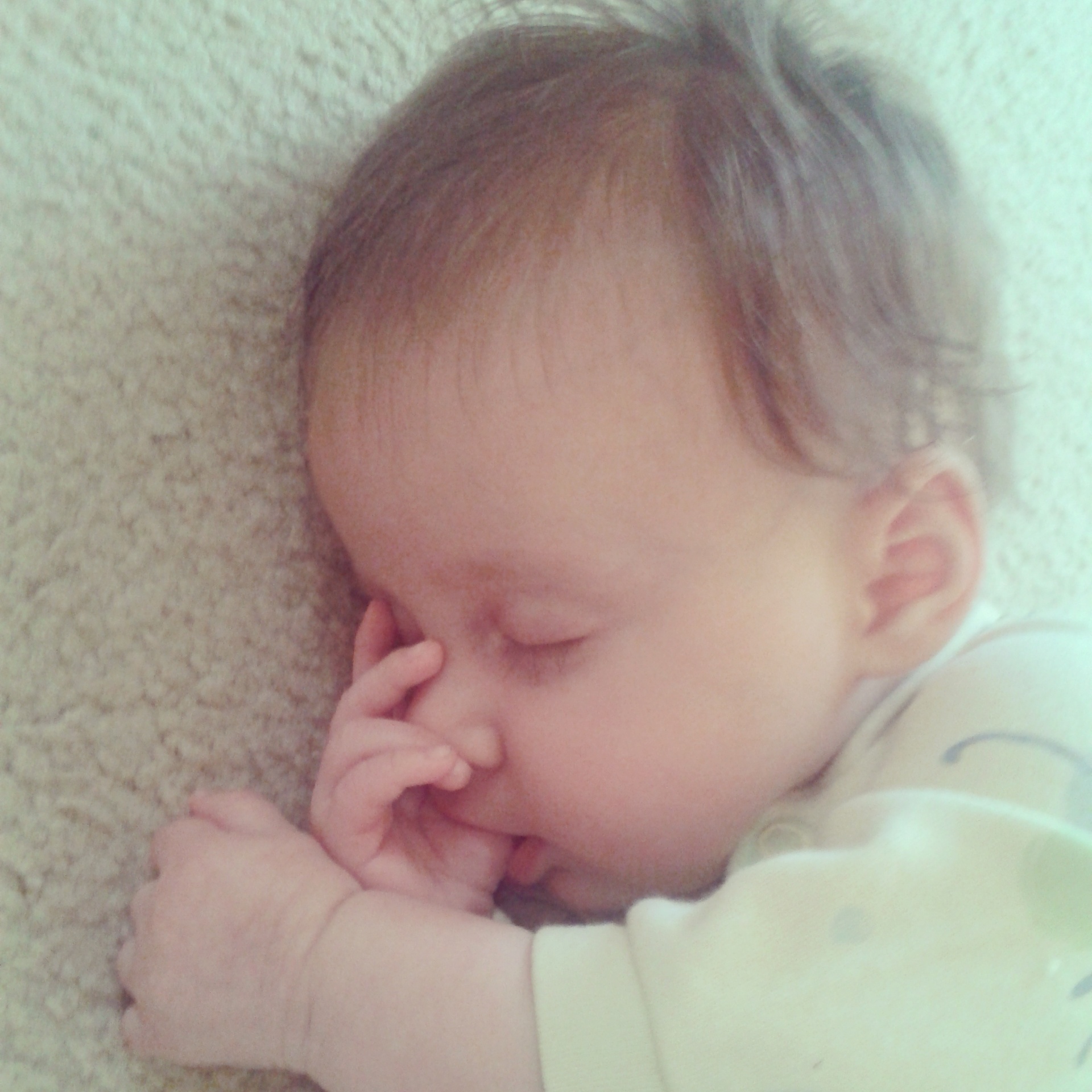 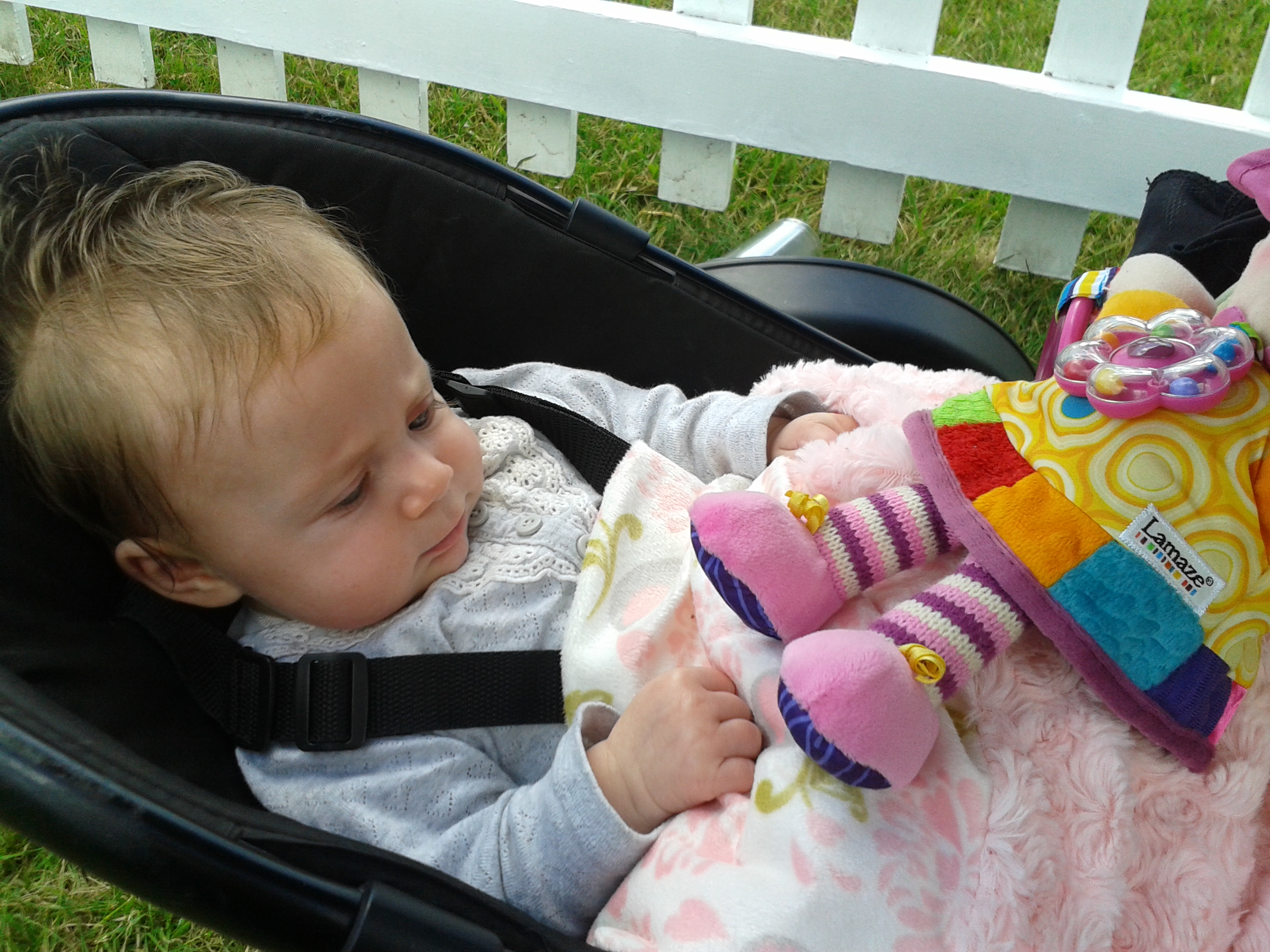 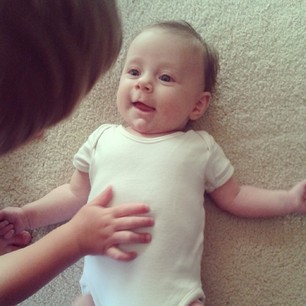