Mr U and his brother Rob got tickets to the Olympic basketball for their upcoming birthdays so I went up with them, little man Max, Mr U’s mum and littlest brother Sam. We wandered around the Westfield shopping centre and then the Olympic park whilst the boys watched the basketball. 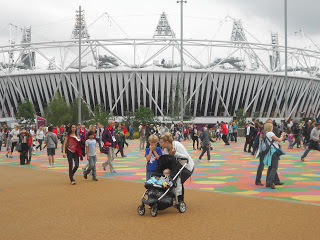 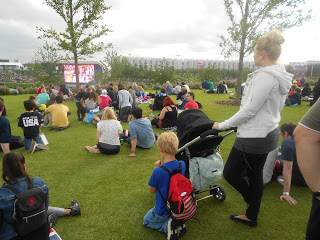 They say Team GB v Brasil and two other teams (I forget which) – they loved it! They also had brilliant seats on the 3rd row.
There were big screens on in the olympic park, lots of different entertainment, BBC presenters wandering around and so so so many people milling about. Sam was not so keen on all the walking around we were doing, so he took to sitting in Max’s pram on some occasions. 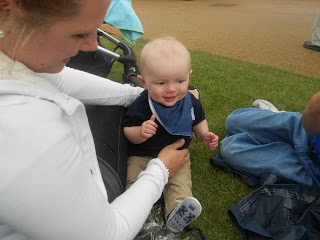 It was such a good atmosphere and to my surprise the time we were there flew. I am so in the mood for the games and made up that it is all going on in this fair land  – feeling very proud to be a Brit right now.

(On a slighlty similar note, how brilliant was the opening ceremony?! David Beckham and Daniel Craig are such babes). 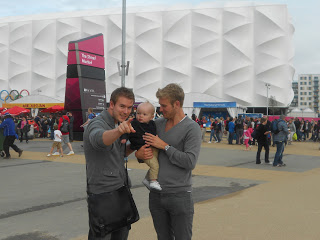 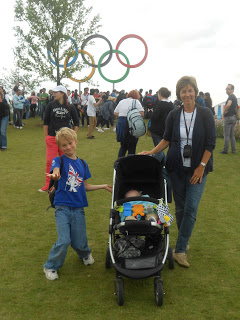 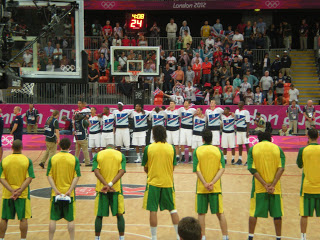 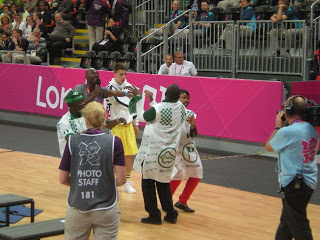 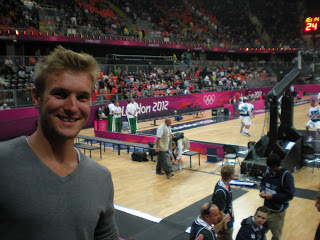 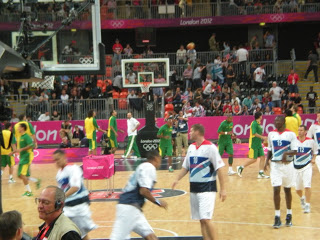