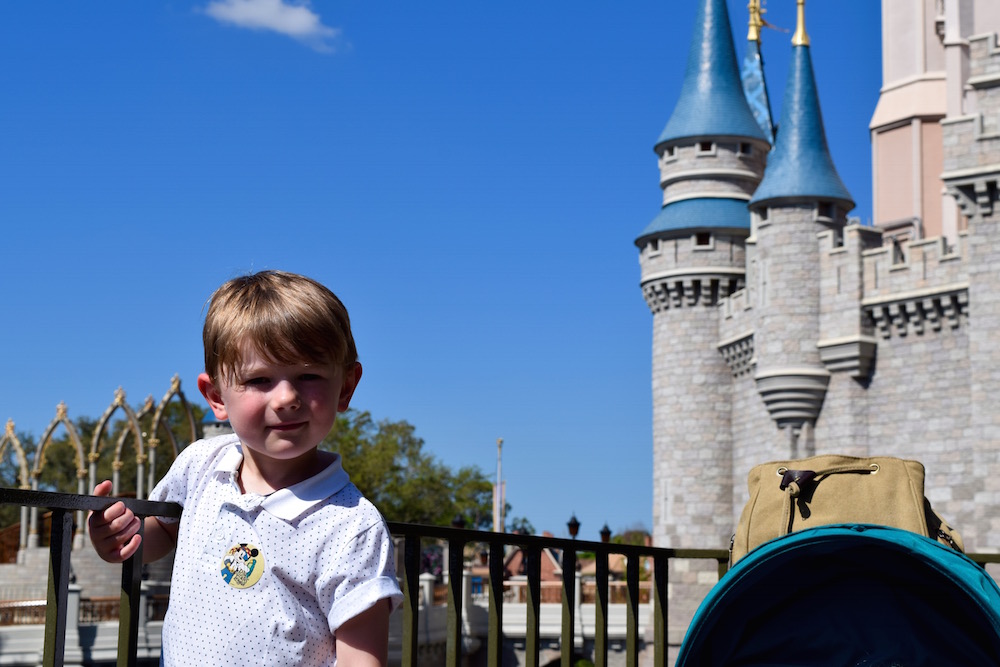 You pretty much can’t go to Orlando without visiting at least one Disney park. Having been to the Animal Kingdom a couple of years ago, and lots of other parks on our list to visit, we decided to go to the Magic Kingdom, but just for one day. As a result, it meant that we had to fit a lot into one whole day.

The good thing with the Magic Kingdom is that it is the park that is open the longest (from 9am to 11pm).  However, it is also the busiest park, meaning some longer queues. So to make the most of your day, especially if you are only going for one day, then here are my tips from our visit a couple of weeks ago. 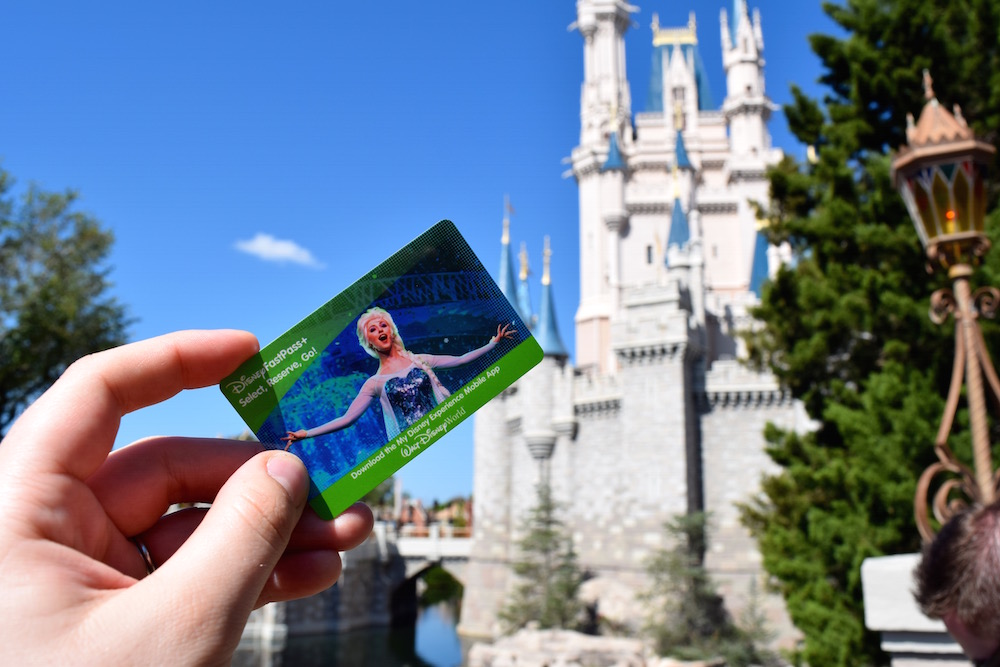 Get the Disney Parks App

This app is amazing, and a real game changer for your day at Disney. If you are buying your tickets ahead of time, then you can book things like your fast passes via the app, as soon as you know your ticket numbers. We did that on the day, but with free wifi in the park it was really easy to connect our park tickets to the app. You can also check queue times and book restaurants, so it is worth getting (and its free, of course).

Like has just been mentioned, you can book your fast passes as soon as you have your park tickets. But you only get three a day, so you need to think about what rides are worth using your pass for. We chose Splash Mountain, Peter Pan, and the Seven Dwarf Mine Train. They always have really long lines!

Wear the Comfiest Shoes of Your Life

Yeah, literally, I don’t know how people walk around the park all day in sandals. For me, it really isn’t a fashion show – comfort all the way haha. 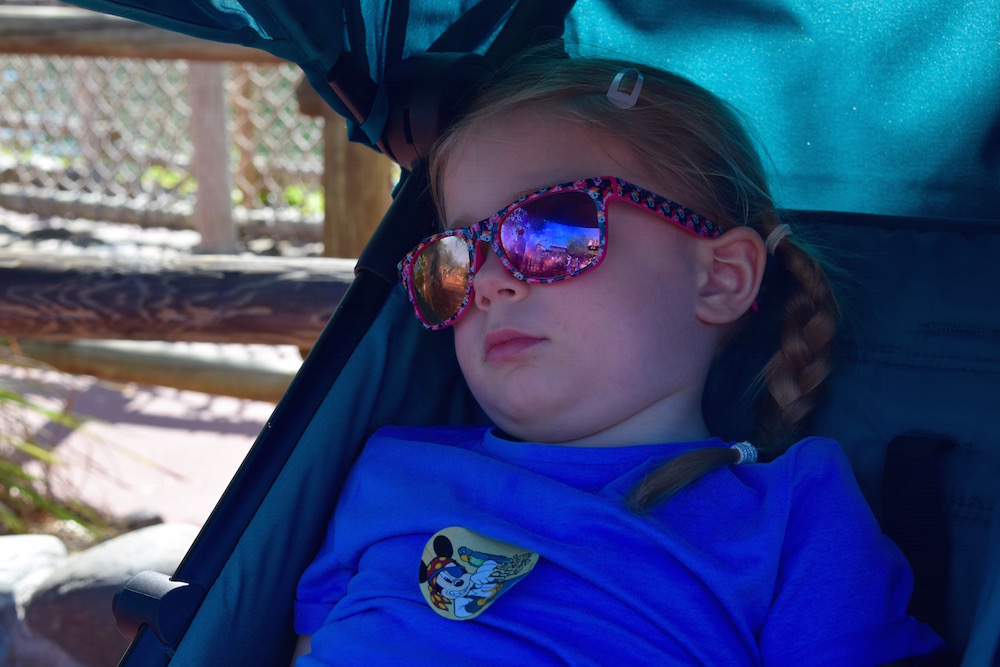 Use the Baby Centre

The baby centre is a game changer with little ones. Forgotten something? Need wipes or baby food? Head to the baby centre. They have all sorts of things on offer, as well as somewhere quiet to sit in some air conditioning. We went there to get some wipes, but ended up just chilling out for about ten minutes or so, just to cool off. They have Disney movies playing in the lounge area. It is right by the Casey’s Hot Dog place on Main Street. 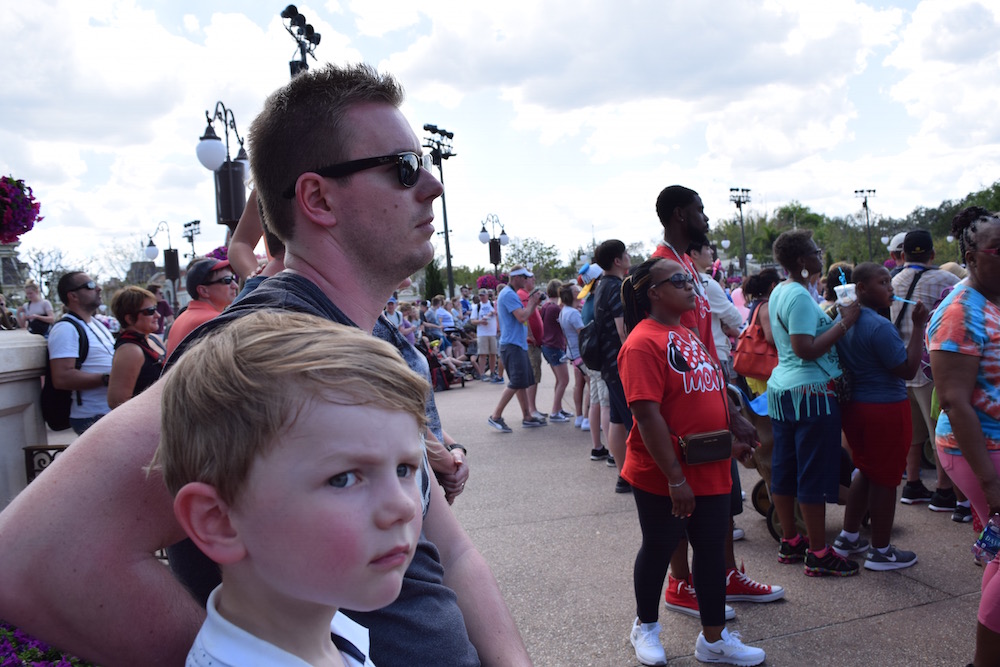 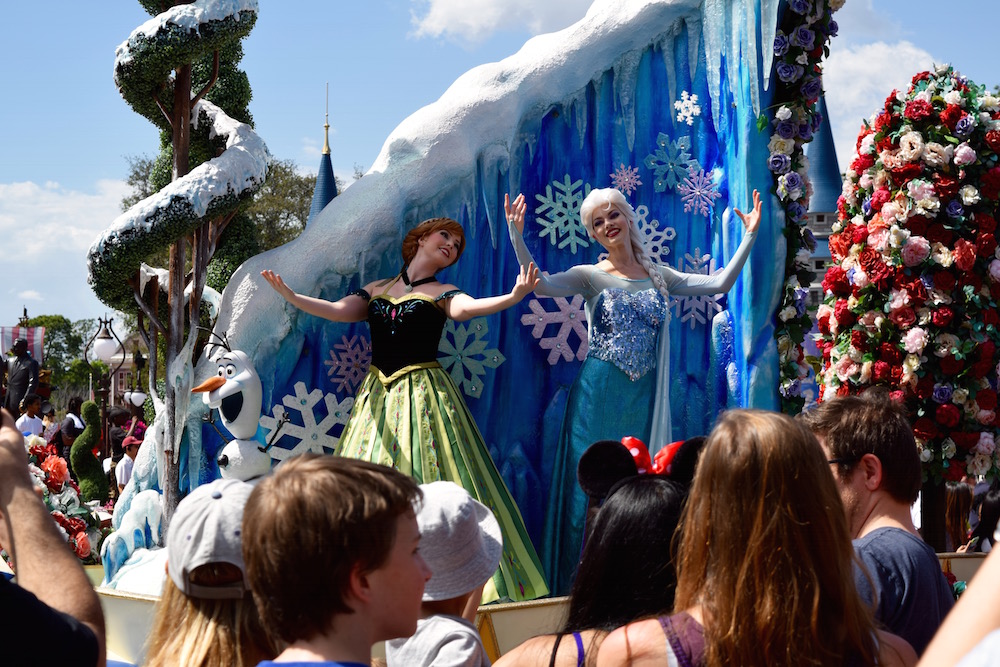 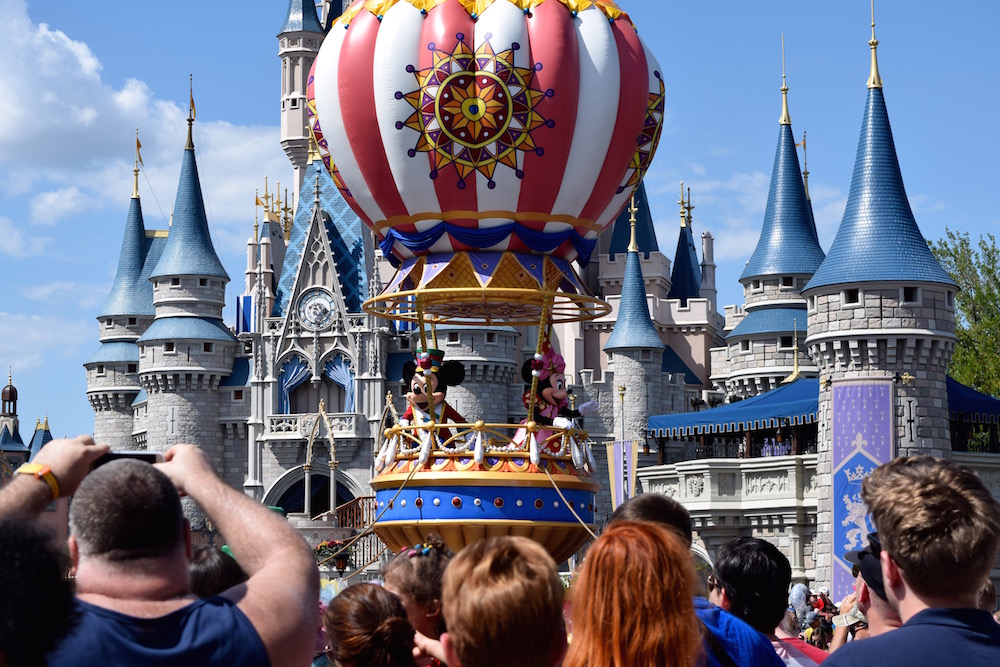 When I was planning our trip, I couldn’t find any definitive information about whether you can take bottled water into the parks or not. We took some, just in case. if we weren’t allowed, then it was only water. Turns out, you can! I wish we had taken more. It is a good idea to freeze some the night before so they stay cooler for longer. It is so hot out there, especially as there isn’t much shade. Drinks are pretty expensive too, so I’d take as much of yours as you can.

Some things you just have to get in the park. I really wanted a ‘Chip’ mug from the Beauty & the Beast, so bought one in the park. But things like Mickey or Minnie ears are much cheaper bought elsewhere. We went into Walgreens a couple of days after visiting the park and they had Minnie Mouse ears for $6. The ones I wanted to get in the park looked just the same but were being sold for just over $22! 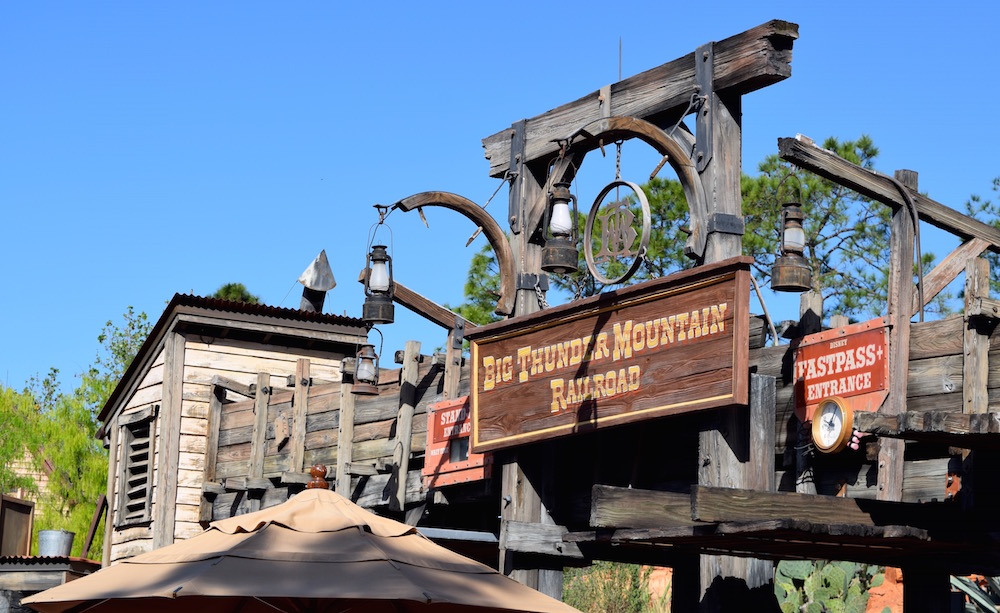 Take Your Pictures at Noon

You know when everyone arrives at the same time of the day to get to the park opening? Yep. And then how many of them stand on Main Street taking pictures of themselves and the Disney castle? Pretty much all of them! Instead of taking pictures then, head over to another ride that will have a large queue later on. We went straight to Pirates of the Caribbean and got straight on. We went back to get pictures with the castle later on, around noon. 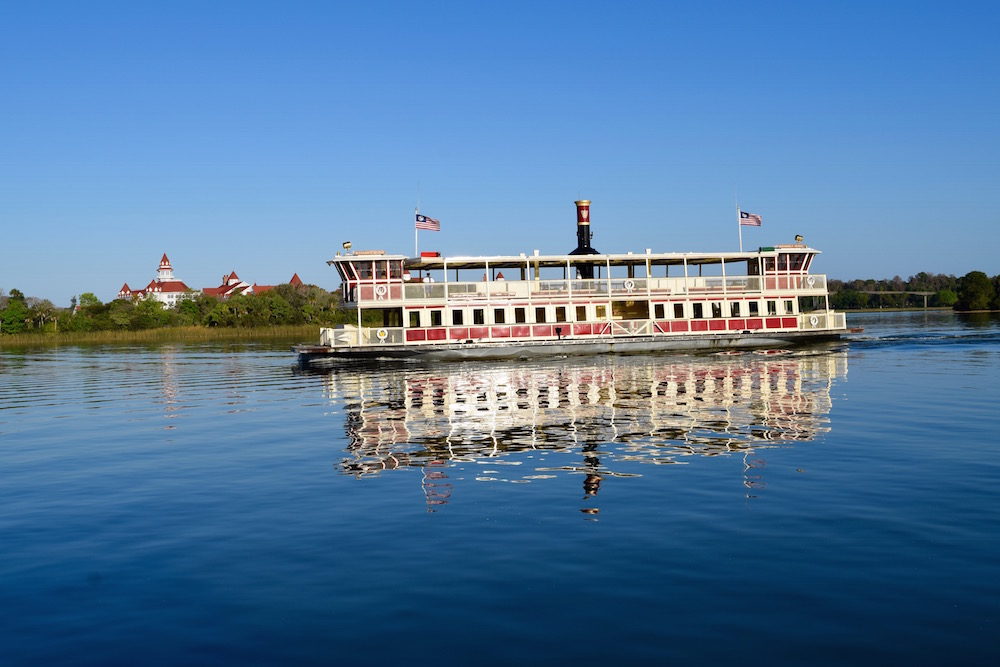 The park may open at 9am. But you need a good half an hour to get from parking to the entrance. The parking is huge, and you get a land train to the entrance. Then theres getting tickets, if you need them. Then you need to take a monorail or a boat over to the park entrance, with a security check in-between. So do give yourself plenty of time if you want to get there right as the park opens.

These things worked really well for us, and we managed to see all the things that we wanted to, as well as see the parade, eat in restaurants and browse the shops. We didn’t look for characters particularly. But they are on the app if your little ones like to do that.

Have you been to Walt Disney World? Any tips that you would add?