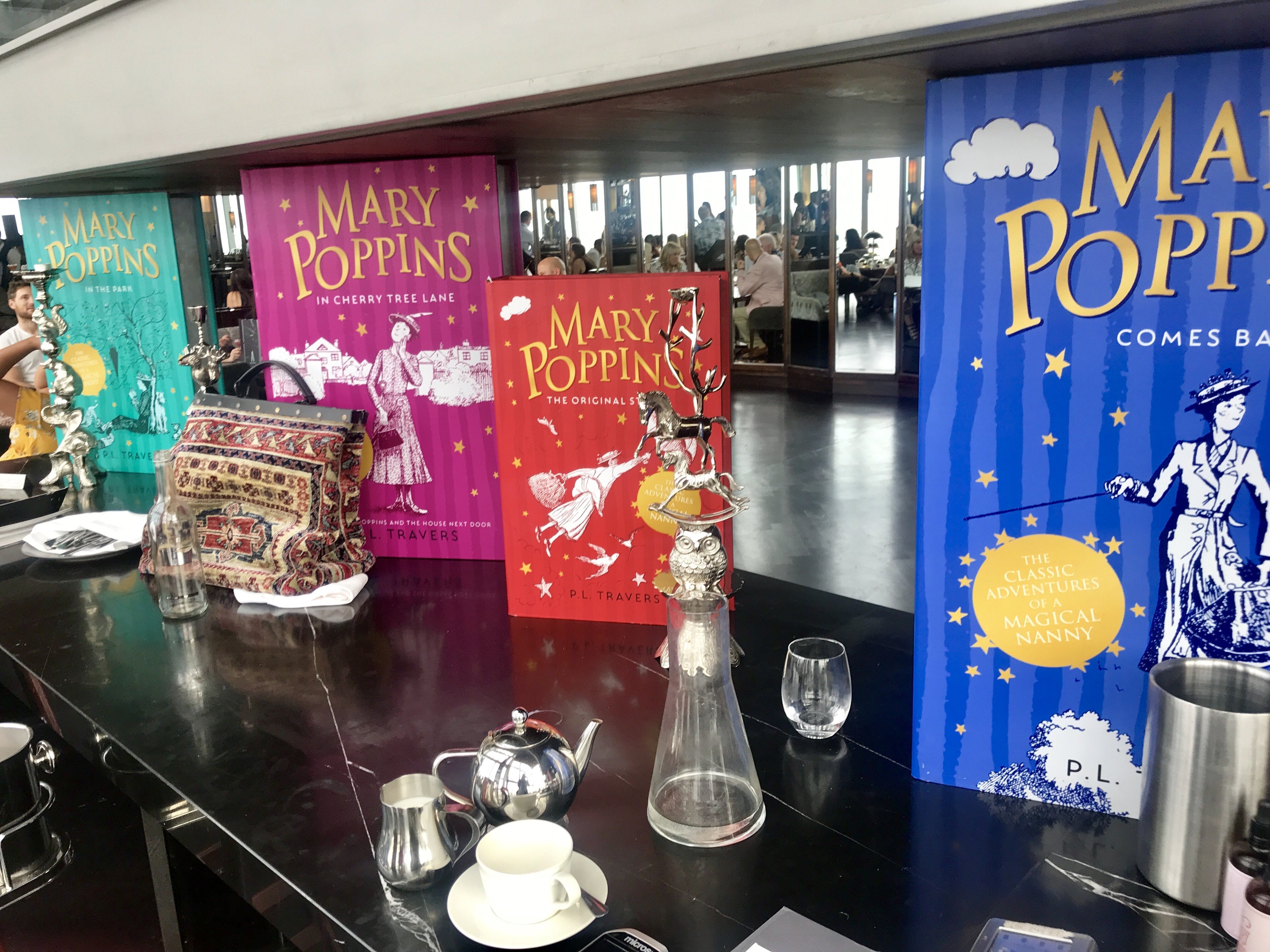 A couple of weekends ago my sister and I had a treat of going up to London to The Shard, to have afternoon tea at one of the restaurants on floor 31; Aqua Shard. My littlest sister is over from the US, where she is studying at University, for the summer, so I thought it would be fun to get to do something together that is quintessentially British before she heads back. Plus, she’s never been to The Shard, and the view over London is just fab.

I saw that the afternoon tea at Aqua Shard was a Mary Poppins theme, so thought that would be even more exciting to go and experience; a twist on the classic.

If you haven’t been to The Shard before, then there are a few different restaurants about half-way up. The View from The Shard is something different, and that takes you up to the top floor for the views out. The restaurants, as mentioned, are about half-way up. But you just pay for the food and drinks you have, and get pretty much the same view. So in my opinion, is definitely worth doing, rather than just paying to get the lift up to the very top and that is it. As for the afternoon tea…

We were seated at a table for two right by a corner window, giving us some great views, and it is fun to see what is going on. We were handed the afternoon tea menu, printed on framed mirrors, very unique, and then we were brought out tea out with drinks. We only drink herbal or fruit tea, and I had mentioned this in advance, so they were really accommodating to our needs, and prepared a strawberry tea for us; it was tasty. You get a pot each, so plenty to go around and see you through the afternoon.

I am vegetarian so I was really pleased that the server was attentive, explaining all that was going on, and then asked about dietary requirements. The sandwiches were the only thing that needed a little adjusting for me, but they were able to do that no problem. I’m not certain, but I imagine other requirements, like vegan or gluten-free might need a little more notice.

The sandwiches were all a variety, with different breads and different tastes on offer. The meat-eater sandwiches were honey roast ham and mustard, Ploughman’s and a Devon crab and cucumber brioche, a crumpet smoked salmon and cream cheese (Mary Poppins’ favourite apparently). We both had egg and truffle finger sandwiches, and I also had a sun blush tomato roll, hummus crumpet, and brie and beetroot finger sandwich.

Then came the scones in a carpet bag, freshly cooked and warm too, so perfect to have with a little pot of jam and cream (the best part of an afternoon tea, if you ask me). The cake tray was then brought out, and the selection was really brilliant. There was a striking red sponge cake with blackberry (an ode to PL Travers’ famous quote ‘strike me pink’.’ There was a cherry mousse covered in chocolate, which represents Mary Poppins’ hat and ‘Cherry Tree Lane. A gingerbread biscuit was included, as well as treacle sponge with cream frosting. The pièce de résistance had to be the candy floss that is bought over to you right at the end’ a real sweet treat that makes this afternoon tea stand out from all of the others in London.

It was a great afternoon together, and the afternoon tea was delicious. I would really recommend it. It is a little pricey, as all London-based afternoon teas are, but you get a lot of food, leave feeling full, get the unique Mary Poppins element, and get the views over the city. In my opinion, that makes it value for money.

Have you heard of this afternoon tea before? It would be great to hear what you think!