Skip to content
I collected Mike from Salt Lake Aiport just after 11.30pm last night- it had taken him basically 24 hours to get here from England. He missed a connecting flight in Houston, as his flight from Heathrow was delayed, so he bumped up to First Class and put on a direct flight to Salt Lake City, instead of having to got through Denver- whooop! He has even brought over some English treats for the McKeen’s and I! Yay lol! 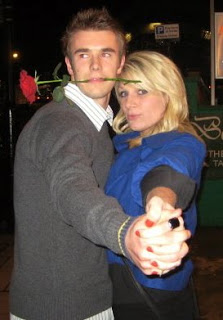