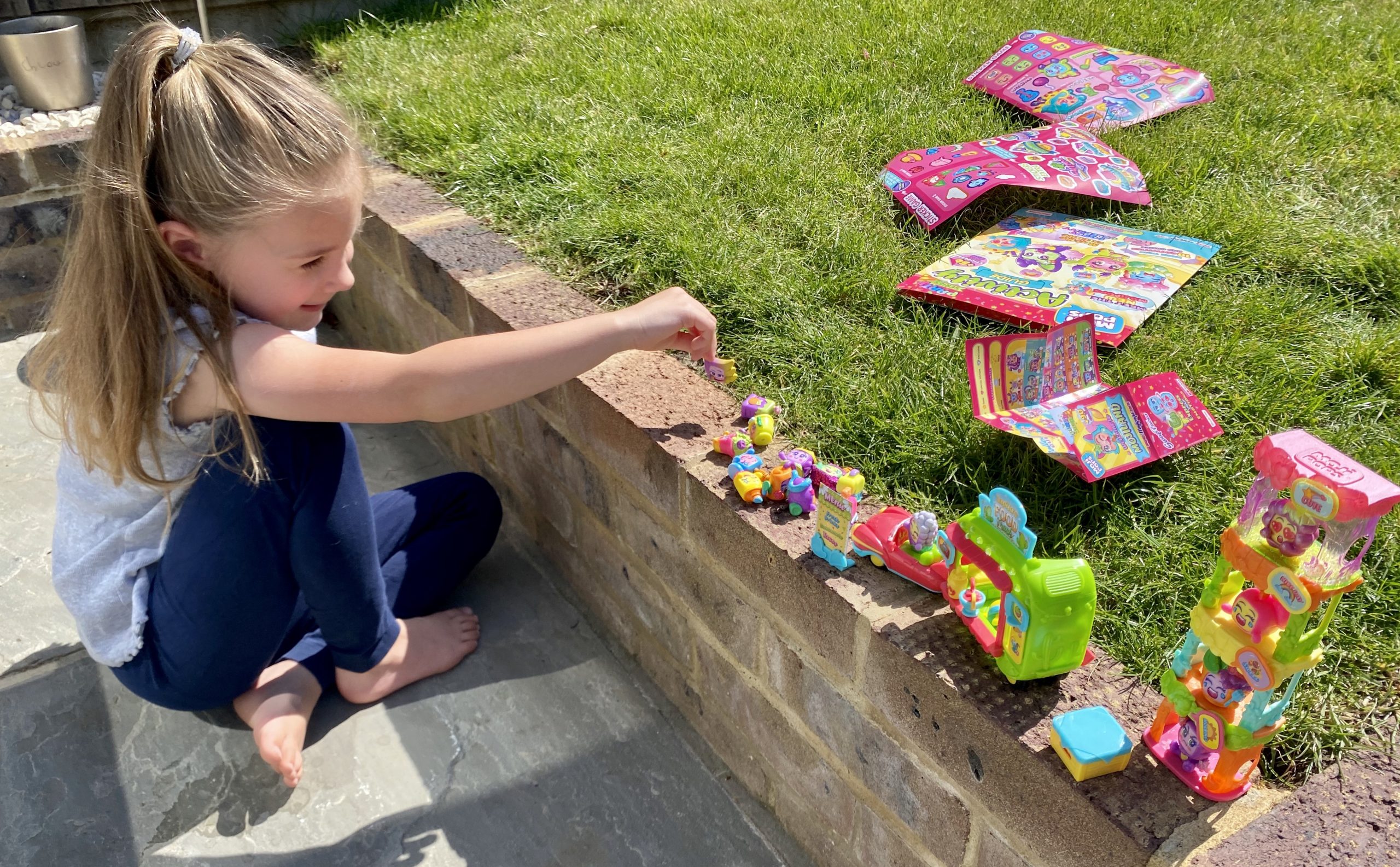 If there is a toy that is little, sparkly, bright, and fun, then my daughter is definitely going to be interested! I had heard of MojiPops only a couple of months ago, when we were flying to Indiana, and I saw some MojiPops blind bags at the supermarket. I grabbed a few for the children to open on the plane, as that is always fun, not really knowing what they were like. They’re super fun, though, and the new party series is brilliant.

We have been sent a few items from the part series, like the beach house, food truck, magazine, blind bags, and club rooms. I was just as excited to see what these were like, just as much as Chloe, I think!

The beach house and the food truck are the larger packs, and they come with two related MojiPops and accessories, with all you need for each, whether it is the beach house or the food truck. The tiny taco and tiny sunscreen are so cute, and I like how all of the MojiPops and little accessories have holes in, so that they can clip onto different parts of the set, making them less likely to get lost. A really good design feature!

The blind bags are lots of fun to see what you get, as well as the club houses, where each MojiPop comes with its own little house (they’re stackable too). We even got one of the rare pearl club house MojiPops which Chloe was very pleased to see!

The really fun factor with the MojiPops is that they have swappable features! You can change the face to what is on the reverse, depending on the mood that they are in, as well as swapping them over with another MojiPop for a completely different look. I think that this is great for imaginative play, and it can also be really useful in expressing emotions and talking about emotions in children. You could ask them to show you which MojiPop looks like how you feel today, for example, and then they can swap them around to show you. I think it is a cool feature and not like anything I have seen before.

A great factor with MojiPops is that you never know what you are going to get. So from that point of view it can make it really fun when you open the box or the blind bag, as well as good for little ones that love to collect. The blind bags are small and inexpensive, so they could be a good thing to collect and see what faces you get.

I think that the MojiPops make great pocket money toys, especially the bling bags or the club houses. The blind bags are only around £1, and the club houses only a couple of pounds. The sets are pretty inexpensive too, ranging from £12 to £22. For gifts for children I think they will work well, because they aren’t expensive. You do get value for money with them.

All in all I am really impressed with MojiPops. They are a lot of fun, and I really like the swappable faces. I like that they are inexpensive, and just bright, colourful, and fun. I initially thought that the plastic packaging was a lot, but it is easy to sort from the cardboard, and it is recyclable.

The best place to find MojiPops Party series is at The Entertainer.

Have you heard of MojiPops before? What do you think to the party series? Do you think it would be something your littles ones would like? It would be great to hear what you think.

*the items in this post were gifted for review. All words and opinions are my own.