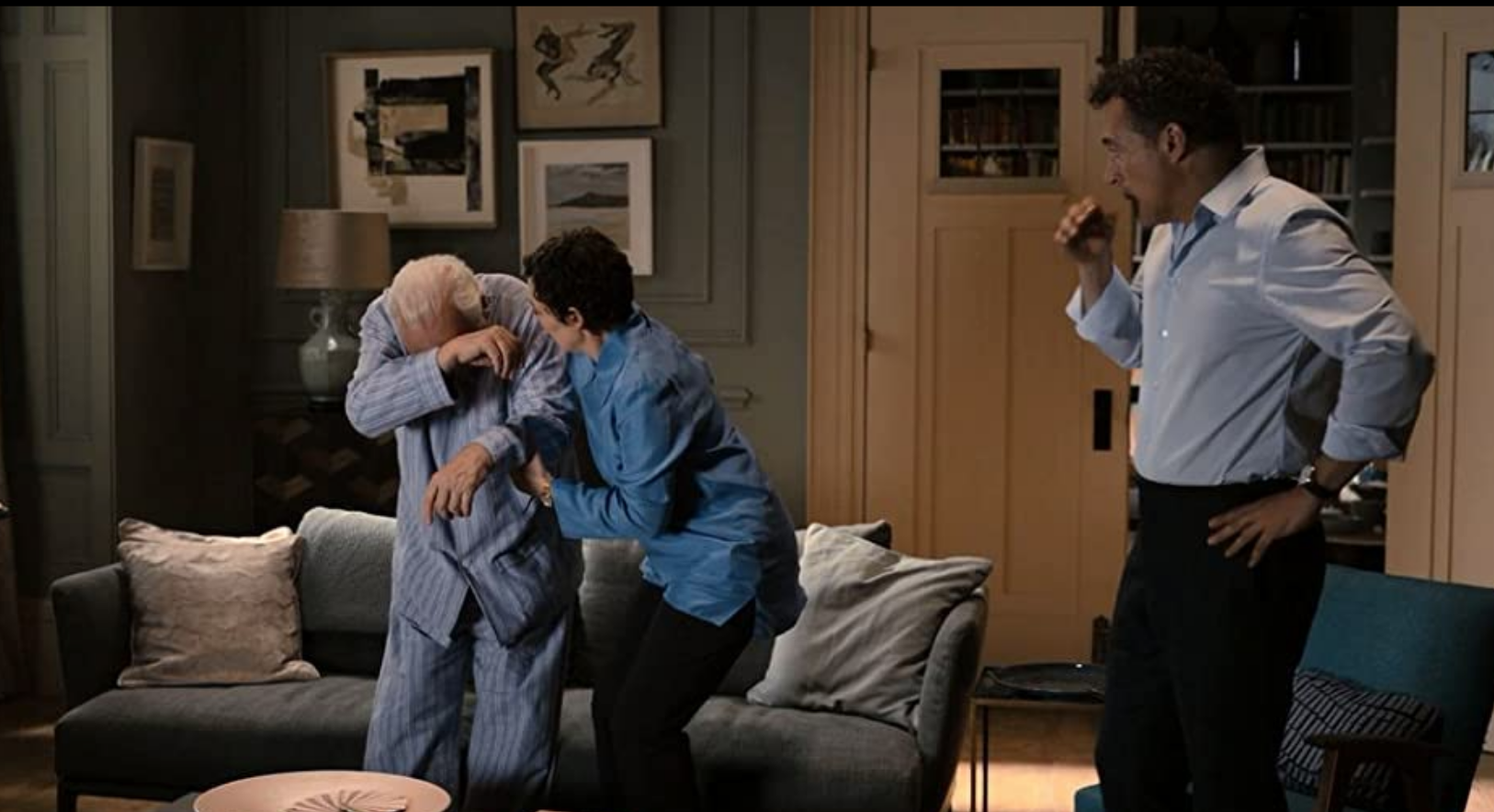 I am someone who is a massive fan of film and I like to pay attention to all of the big award ceremonies that happen at the start of every year. In many cases, there are films that have just been released over in the UK, but some that are yet to be released, and then I make sure that I look out for them when they finally make it over the pond. Watching this years ceremonies was a little different, of course, but it still gave me many titles to look out for, one of which being ‘The Father‘, the movie that earned Sir Anthony Hopkins an Oscar for best actor.

In all honesty, other than loving Hopkins as an actor, and that it is an amazing feat to win such an award as an octogenarian, I wasn’t sure what the film would be about (other than some kind of family relationship going by the title). I was thrilled to be sent a copy to review, before it lands in cinemas in the UK on 11th June 2021, and wow, I was honestly blown away.

The Father is a drama that is pretty hard-hitting, leaving me feeling helpless and heartbroken a number of times. It is a movie that has been praised for its production value and it is easy to see why. It deals with the portrayal of dementia in a very sensitive way, and with two of the UK’s best at the helm, Anthony Hopkins and Olivia Colman, you can’t go too far wrong.

The Father is all about an ageing man who is suffering from dementia. As you might imagine, and may have experienced with loved ones of your own, there is a refusal to want help from his daughter, played by Olivia Colman. As the film goes on and he succumbs to the disease, the character starts to question his surroundings, his loved ones, his circumstances, reality, and his own mind. You are completely taken on the journey too, as there were points where I wasn’t too sure what was going on and what was reality in that moment. It really adds to the confusion, questioning, and frustration that I imagine someone suffering from dementia experiences. I kept asking myself if this really was his daughter or if it was actually someone else, as the actresses change characters, as you’re led to believe. You’re right there on the journey with Anthony and although it is not exactly fast-paced or action-packed, leaves you on the edge of your seat wondering what is going to happen next and what actually is the truth in the situation.

The film is poignant and comes from director Florian Zeller. It is an adapted screenplay from their own acclaimed play from 2012, Le Père.

Out in the cinemas soon, I would recommend it for someone looking for something poignant and touching, as it really relates to the human experience that so many of us will have experienced. There is a time in many of our lives where we as the children need to take care of our parents, and from that point of view was very moving and touching as tough decisions are made. The daughter still has a life to lead but feels torn to leave her father without the right kind of care.

It is a little slow in parts, and there are some questions that I had that were left unanswered, but overall, it was a good movie to watch. Hard to say ‘enjoyable’ because of the nature of the content, but a very well made and acted film.

The cast is an amazing ensemble, although there are very few of them in total. Oscar-winning Sir Anthony Hopkins and Olivia Colman have been mentioned, but there are also performances from Mark Gatiss, Imogen Poots, Rufus Sewell, and Olivia Williams.

The Father is out in cinemas in the UK on 11th June, so get pre-booking now!

*this is a collaborative post, but all opinions are my own.