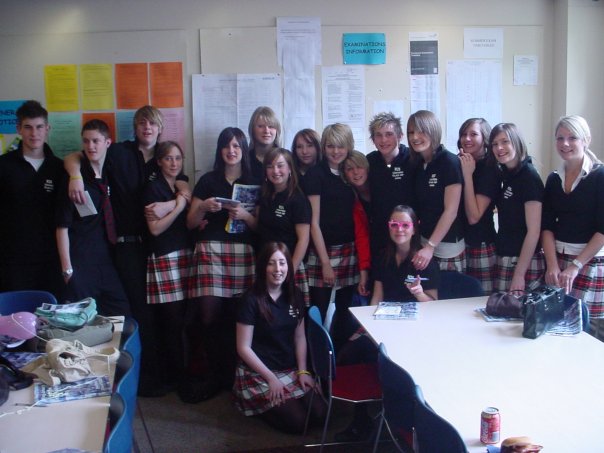 With the summer holidays fast approaching, it has got me thinking about what will be coming around in September. Max will be starting primary school! First of all, I am beside myself that he is actually old enough to be going to school. It seems like hardly anytime since he was starting nursery school. I know he will do well at school, though, and really thrive. I have felt a little anxious that he and only one other from his nursery are going to his new primary school. I know he will just make lots of friends instead. It is all quite daunting, though, and got me thinking back to my school days. I wonder what I can do to prepare Max for his school days?

On the whole, I really liked school. I remember my first day in primary school quite vividly (at least I think it is the very first day I am thinking of). I remember my teacher, Miss Marshall and the classroom seemed quite yellow. We didn’t have a uniform at my school then, though we got one a few years later. I don’t remember exactly who I made friends with on the first day, but I had a lot of friends from my nursery school go to the same primary school. A handful of which I am still friends with today. It is all a bit more of Facebook friends these days with different parts of the country and families getting in-between things!Primary school brings up memories of playing games in the playground and collecting pogs and keenies (sp?) My friends Emma, Becky, Rachel and I were all avid Spice Girl postcard collectors too. Leading to many a ‘girlband’ being created and practiced in the playground. I even did an All Saints ‘Dance Show’ for charity with my friends Lauren, Caitlin and Emma (I think that was who it was with)! People actually paid to come and see it is the cringe thing. I was Mel (obvs, my fave). I even had some ‘cool’ blue lenses sunglasses just like her for it. So cool, I know. We would make up songs about Manchester United in the playground with my friend Gemma, and play rounds and rounds of ‘What time is it Mr. Wolf’ and British bulldog. Makes me wonder what Max will get up to in the playground. There were certain sayings that our headteacher would have on repeat (by jingoes) and just hearing that takes me right back.Then there was secondary school. I remember my first day there too. A uniform that was far too big for me, in colours that I hated (red and green; yes, you read that correctly.) I had a bright blue bag too. I was just aiming to be mocked, right? I walked to school with the same two friends from primary school all through my secondary school and sixth form days. Becky and Emma were my closest friends at secondary school for sure. Though we did have different groups of friends at school, as we weren’t in any of the same forms or classes.I spent most of secondary school being ‘the sporty one’ and was on most of the teams going. Any excuse to hang around the PE department as I had a crush on one of the teachers haha. But in all seriousness, I was pretty good at sport. My friend Hannah and I were always finding new sixth formers that we thought were gorge too (when we were in the lower years). Just cracking up at the thought of this and how we would report back whenever we saw them.

I found the first two years at secondary school a little odd and found it hard to adjust. Plus, I found, girls aren’t the mean ones. For me it was the boys. I could still tell you where exactly I was when certain boys said certain mean things to me. Not that I’m bitter. Much. 😉 So I hope Max is one of the nice boys at school! I have fond memories of school, though, particularly from sixth form. I was happy with who I was and confident in myself.

Do you have any particular memories from starting school? I could go on and on!

*post in collaboration with George at Asda, for their Back to School Campaign.