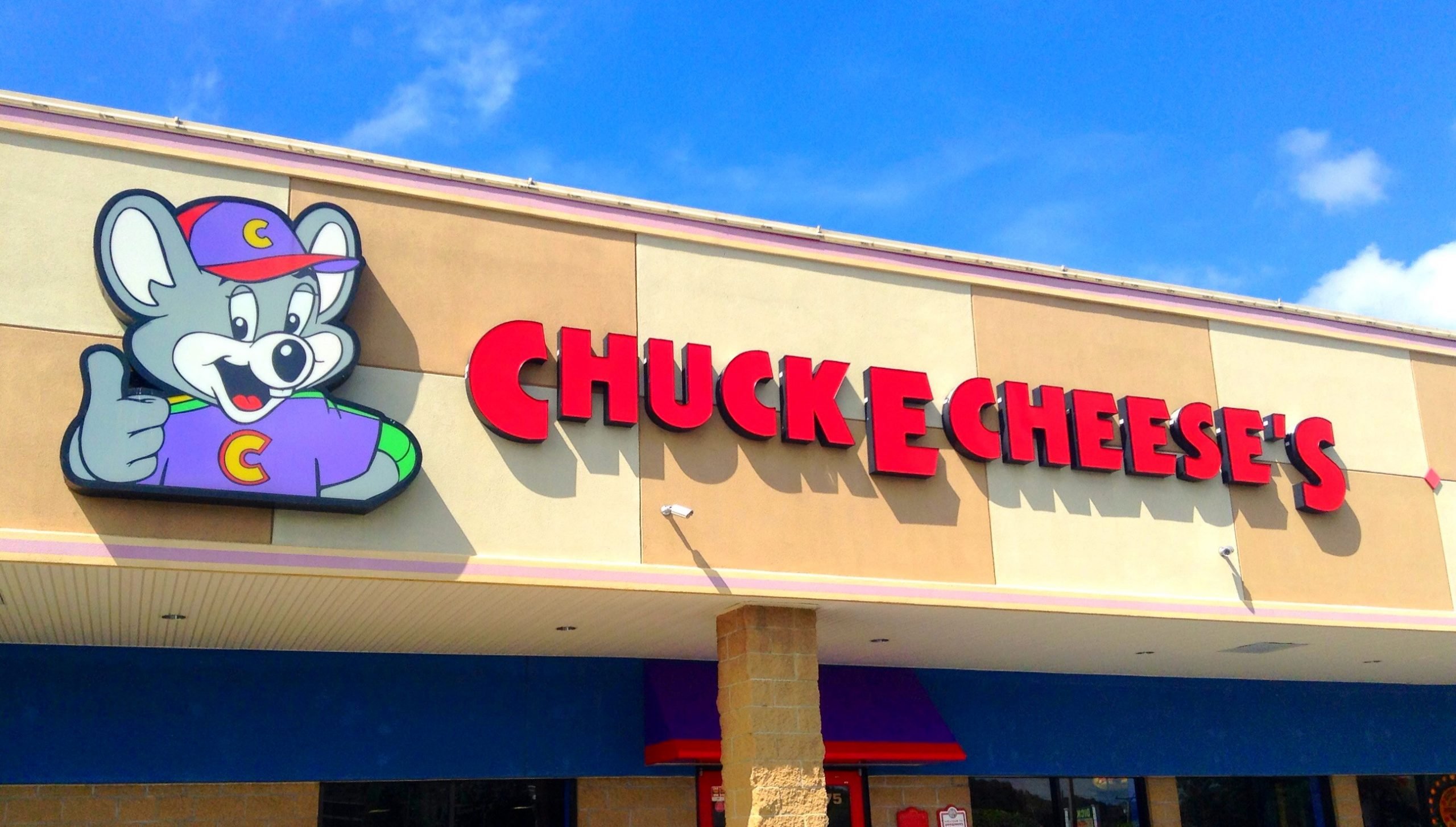 On our trip to Indiana back in February, we knew it was going to be pretty chilled out. Visiting family is a different kind of trip, with more about spending time together and doing ‘normal’ stuff, rather than having an action packed week full of seeing the touristy sites. While we did visit some great things, like The Children’s Museum of Indianapolis, there was something that was firmly on my daughter’s list; a visit to Chuck E. Cheese’s.

It is somewhere that I have never been to, even though I’ve been to the states a number of times. But thanks to movies like Alvin and the Chipmunks and videos from her favourite YouTuber, Ryan’s Toy Review, she has had Chuck E. Cheese on her list for a while. So as there was one close by, and American schools were still in session, it meant we could visit and it wouldn’t be too crazy, we decided to go, with the quadruplets and my two.

It was really fun, and definitely helped that it wasn’t the largest one ever, and it was really quiet when we visited. But as a result, I thought I’d share a few tips if you are planning a trip. For my sanity, for example, going on a Saturday would be a nightmare. So here are some things to help you plan your trip. With children under the age of ten, I think it is a perfect spot to go to (you can get food too).

Yes, you bet it, we were those people in the car park ten minutes before it opened. That meant we could be there right when the place opened, which meant it would be quieter than going at the peak of the day, or after school time, for example. For us, with five five-year olds, and an eight year old, going early was a big help. Then you could see where they all were, and let them run wild a little more, without worrying about losing them.

One thing to note that I was impressed with, is that each child and adult are stamped with invisible ink with a number on. They check you in and out, to make sure that each child is going home with the adult that brought them. Great idea.

When we got there, the cashier was really helpful, and told us about some discounts that were online, for the games. They have a standard price list, but going online meant we could get a good deal with some money off. That was a big help, and they just scanned my sister’s phone with the barcode.

As has been mentioned, we were there with my niece and nephew quadruplet, as well as my two children. The children didn’t need a pass of their own, especially the four quadruplets as that would really add up. So we shared passes. We got four between us, and then would just follow the kids around scanning the machines.

Go for time limit on the passes too, rather than points, as then you know you’ve got a set amount of time to play. If you choose the points, then you could quite quickly use up all of the points and not spend long there. Using time was a really good idea.

Have you ever been to Chuck E. Cheese’s before? It would be great to hear what you think – we had a lot of fun, and Chloe’s dream came true!