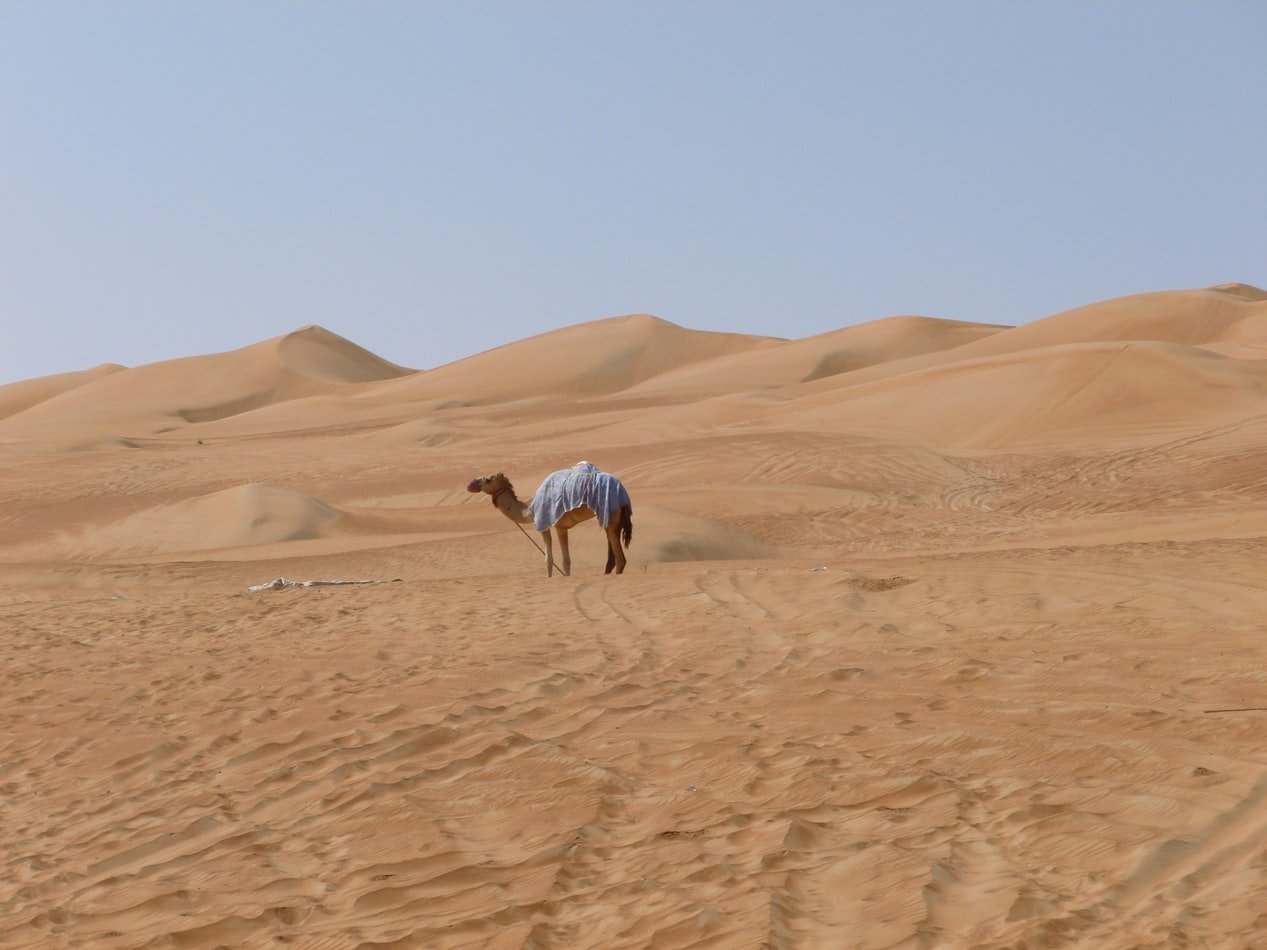 Oman is the type of country that you have probably heard of, but you’re not really sure of what’s there or where it is. The majority of the country lies in a dry, tropical climate zone in the Arab Peninsula. The capital, Muscat, is considered to be one of the driest cities in the world – temperatures can reach an average of a whopping 40 degrees Celsius in the summer!

Oman is definitely a ‘think outside the box’ kind of destination, but don’t let a small thing like the weather put you off! It’s a beautiful country with many reasons to visit, including its ancient origins, unspoiled beaches and desert dunes. With many things for people to do and see, it’s also a safe destination for children to visit, so…could it be your next destination for a holiday?

The climate in Oman is very hot (as expected), especially in the central desert regions. Across most of the country, the environment tends to be drier and the regions will have a wide range of temperatures. The South East has a slightly different climate – it has a high humidity level of 92% with a subtropical climate.

As with a lot of countries around the world, Oman still has seasonal climate and weather. Some months are warmer than others, but exactly which months are the best times to visit Oman?

In the summer, Oman has a proper summer with 11 hours of daylight. The temperatures during this time can reach an average of 42°C, with some temperatures stretching to 50°C. Generally, there is not a lot of rain, however in the South, monsoons from the Indian Ocean tend to affect the area between June and September, so there is a high risk of precipitation. Around August is when average temperatures begin decreasing. Unless you like these sorts of high temperatures, it’s probably best to avoid Oman in this period of the year.

At the beginning of Autumn, the temperatures are similar to the summer, but they begin to fall. The precipitation levels are still low across the country and due to the lower temperatures, tourism season begins at this point and a lot of travellers start arriving. If you wish to visit Oman without it being as busy as tourism at its peak, this may be the best period in which you should visit.

The tourism peak starts in November and ends around March time. Rain is most likely to fall in this time (only 110mm per month) but the temperatures are more tolerable. In the South, the winter period does bring tropical showers, but the positive out of this is that when it rains, the air becomes less humid, but more fresh.

Some other countries in the Middle East don’t have the best reputation in the West, but this is where Oman is different. It was named the 4th safest country in the world and a lot of tourists will say it’s one of the safest countries they have visited.

The country has a more tolerant attitude than its neighbours, but still make sure to dress conservatively. If visiting any mosques, ensure that women cover their hair out of respect. It’s always best to abide by the local norms, so still cover your shoulders and knees. It will be hot and you will be wondering why and how you can even consider wearing clothes (especially during the summer period), but wearing items made of white linen and cotton is best to stay cool. If you are staying in a hotel, swimsuits will generally be allowed as long as it’s on a private beach or in the hotel grounds, but check with the hotel first.

As you wander around, the locals may have some curiosity towards you, but there isn’t normally any harassment that follows. It’s also recommended to rent a car as the public transport is not considered the best and before you go, try and learn some basic Arabic phrases. Even though Oman is considered a safe country, you should remember to still be as precautious as you would be if you were in your own country.

As with all countries around the world, there are rules and regulations that tourists and visitors will have to follow.

Only in the last decade has Oman began to open its doors to tourists. Any UK nationals wanting to visit Oman will need an Oman visa to travel and you must have one before travelling to the country. The process has been made easier recently as the Omani government has now said tourists can use an ‘E-Visa’ which are electronic, as well as the paper visas.

The two types of visa you can apply for are:

This is valid for only one single entry and exit and allows a 30 day stay in the country. The length of stay with this visa can only be extended once.

This visa is valid for multiple entries across a year and allowed a 30 day stay in Oman per visit. However, the length of stay can’t be extended.

You should remember that each time you visit, your stay can’t be longer than 30 days and your passport needs to be valid for at least six months before your arrival into the country. Also, ensure that your application has been accepted for no longer than six months before you visit, so check the dates on the application and when you’re travelling so that no issues arise. One last thing to remember is that on your arrival, you must be able to provide proof of your accommodation, return flights and all travel documents.

Before you go, be aware of travelling with medication, whether it’s prescribed medication or not as drugs are very heavily controlled in Oman. Medication that the UK or other countries allow might get you into trouble in Oman. It’s always best to check with the Oman Ministry of Health in advance so you can receive information about what’s allowed.

Also, remember that even though your visa may have been accepted, the person who will have the final say on whether you can enter the country is the Omani police officer at the port where you’ll enter. If they feel they have any reason in which they can deny your entry in Oman, they won’t hesitate to do it. Don’t worry though, as long as you have your documents ready and you answer all questions truthfully and promptly, you shouldn’t have a problem.

As with all holidays and especially in a place like Oman with the hot climate and weather, remember to take lots of sun cream. Using factor 50 in that sort of country will decrease the risk of skin cancer and it is better for protection, but you know your own skin, so use what you think is best.

Be sure to drink lots and lots of water and avoid sun exposure when it reaches the hottest part of the day so that you don’t get heat stroke. When drinking the water, check whether it can be drunk from the tap, but it might be the best option to buy bottled water. If you do buy bottled water, make sure you don’t leave it in the sun or to get warm as bacteria will start to grow and you might get ill if you drink it.

Oman is still a fairly new destination in terms of tourism, but it is also a really beautiful one that people should try and visit. Just make sure that if you do go, you have all of the correct documents you need, the correct visas and a curiosity to explore another country and culture.